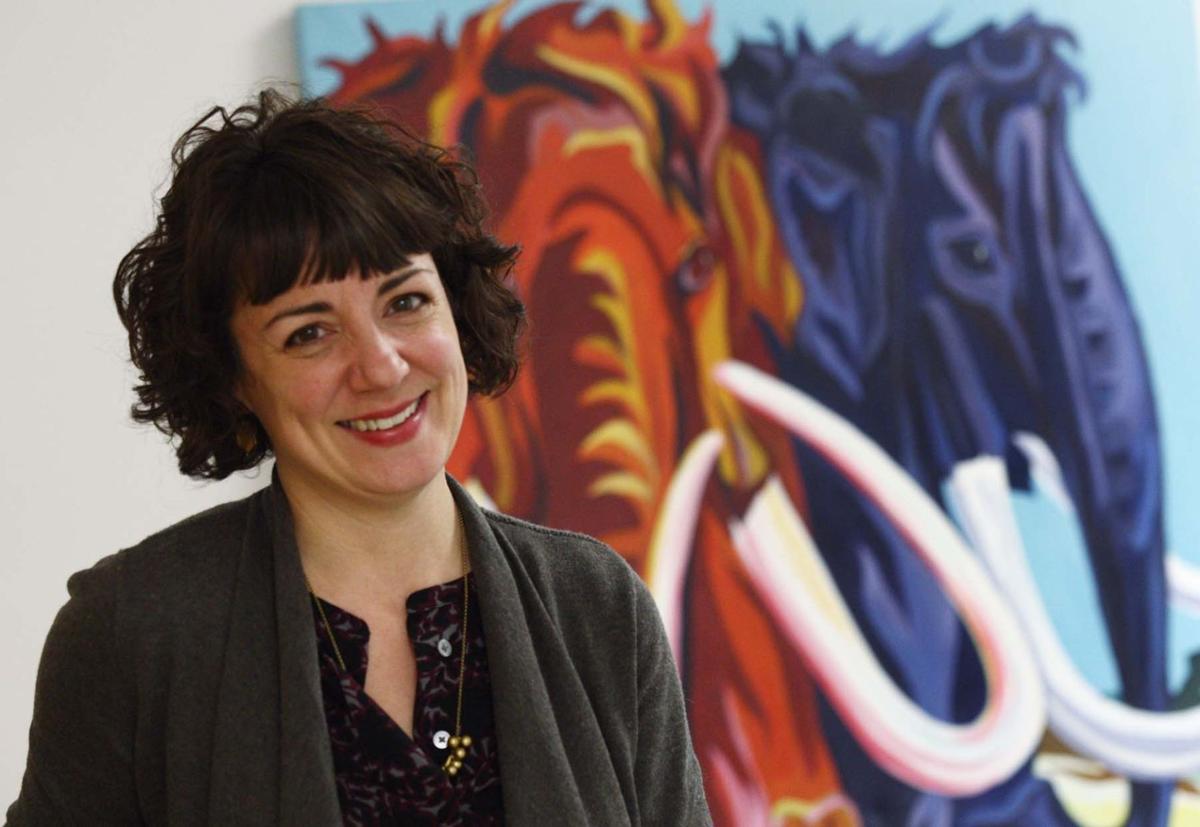 Brenda Riley, executive director of the Fairbanks Children's Museum, poses in the museum's new and first permanent location in the old ACS Building on Cushman Street Friday, January 9, 2015. The museum is scheduled to open Jan. 31. Riley is the Spotlight for the week. 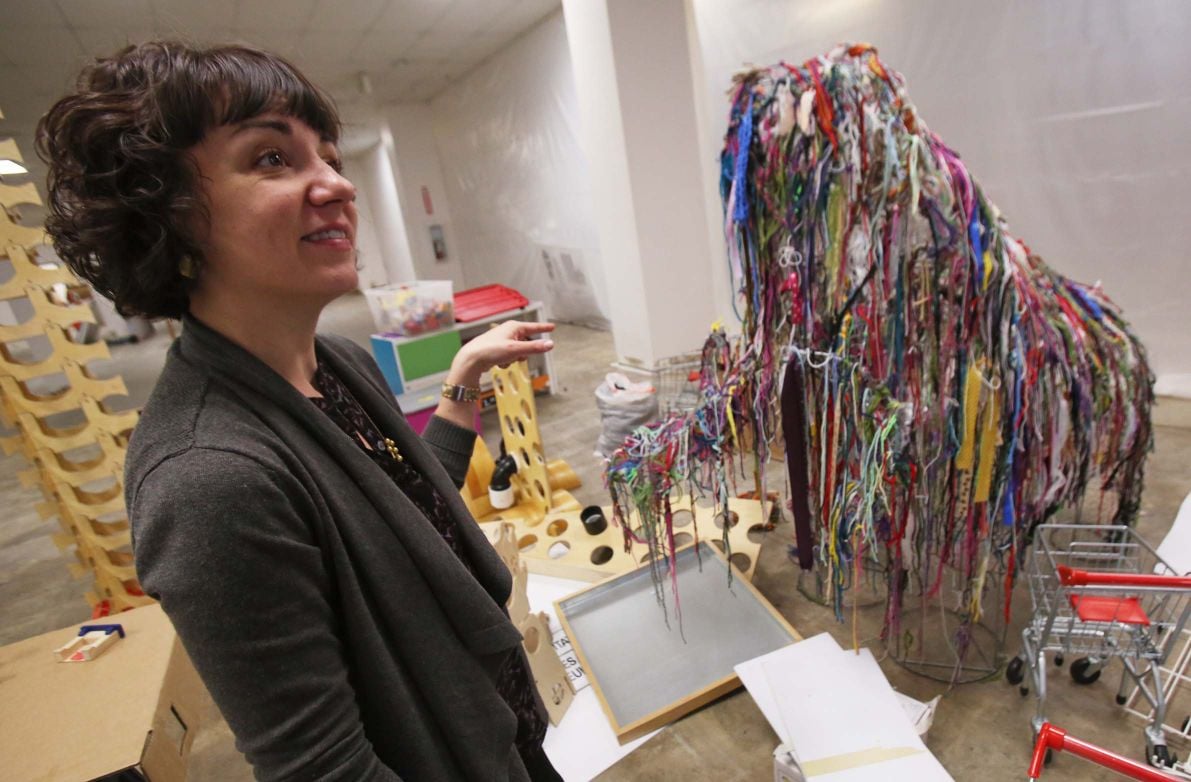 Brenda Riley, executive director of the Fairbanks Children's Museum, talks about the museum's new and first permanent location in the old ACS Building on Cushman Street Friday, January 9, 2015. The museum is scheduled to open Jan. 31. Riley is the Spotlight for the week.

Brenda Riley, executive director of the Fairbanks Children's Museum, poses in the museum's new and first permanent location in the old ACS Building on Cushman Street Friday, January 9, 2015. The museum is scheduled to open Jan. 31. Riley is the Spotlight for the week.

Brenda Riley, executive director of the Fairbanks Children's Museum, talks about the museum's new and first permanent location in the old ACS Building on Cushman Street Friday, January 9, 2015. The museum is scheduled to open Jan. 31. Riley is the Spotlight for the week.

FAIRBANKS — At the moment, there isn’t much except empty space inside the future home of the Fairbanks Children’s Museum. But when Brenda Riley looks around the cavernous 7,500-square-foot area, the sight brings a smile to her face.

In about three weeks, the building at the corner of Cushman Street and Third Avenue will be packed with oversized blocks, a brawny water table and a quirky wooly mammoth sculpture, among other colorful items.

Riley, the museum’s executive director, has been looking forward to it for years. The dream of a local children’s museum, which began to take shape nearly a decade ago, will be realized when the museum opens on Jan. 31.

“The community really sees us as valid, that we deserve to have this space,” Riley said. “Sometimes it blows my mind that this has happened.”

Riley said she’s loved the idea of a local children’s museum since she was a girl growing up in Fairbanks.

Her family used to regularly take trips to the Lower 48, packing a 1976 Ford Maverick and heading down the Alaska Highway to explore new places. They’d hit a handful of kid-friendly museums along the way, and the fond memories of those trips never went away.

“I always loved museums,” she said. “I don’t know where the seed popped into my head to have a children’s museum, but it’s always been there.”

Riley found a partner in 2006, when a friend introduced her to Heather Lambert. They’d both been talking separately about forming a local children’s museum, and were urged to work together.

Neither of them had any experience in the subject — Riley had careers in archaeology and as an optician, and Lambert is a local real estate agent. They simply bought a book on how to start a museum and went to work.

When they began seriously pursuing the project in 2011, the pieces began falling together. Lambert, the Fairbanks Children’s Museum board president, credits Riley’s organizational skills and behind-the-scenes savvy for keeping the museum moving forward.

“I’m kind of the cheerleader and she’s the brains,” Lambert said.

In the beginning, the Fairbanks Children’s Museum began as the Museum without Walls, making a monthly appearance in various spots around town, including a car dealership, Alaska Railroad depot and the occasional store lobby. The museum’s inventory was kept in Riley’s garage, later shifted to a warehouse when it outgrew that space.

Nearly a year ago, the University of Alaska Museum of the North set aside space to give the children’s museum its first full-time home. About a year ago, Riley began eyeing the Cushman Street location, which was previously home to a Woolworth’s store and a telecommunications center.

Riley has worked on the project with scarcely a day off for the past four years, but both she and Lambert said the museum has had remarkable good fortune. Whenever a grant or donation was needed to allow the museum to purchase equipment or take a step forward, it almost always emerged.

Riley credits Rep. Scott Kawasaki for championing the museum during the last legislative session, which ended with a $166,000 state grant to relocate the museum and build it out at its current home.

“It just kept happening,” Lambert said. “Every time we needed something it came together. It’s been an amazing experience.”

It took four years for the museum to transition from a concept to a full-time installation with a permanent home. That’s not a sprint in most contexts, but it’s been a speedy run compared to the glacial pace most emerging museums move at.

Riley said all the effort has been worth it.

“I think it’s better than I imagined it could even be,” she said. “When I see the progress out there, it feels like this evolved in a nice, solid, careful path.”