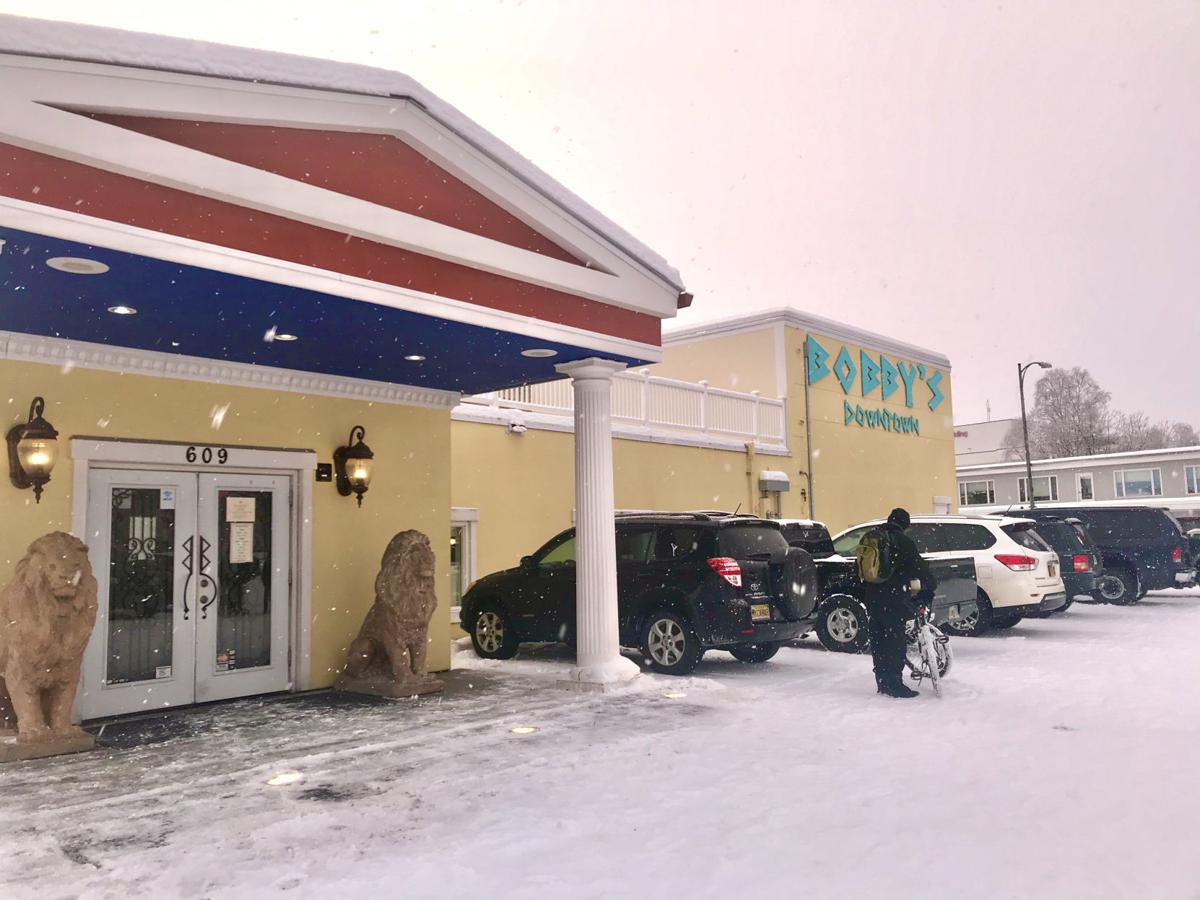 Light snow falls outside Bobby's Downtown Restaurant as a Thanksgiving meal open and free to the public is served inside. 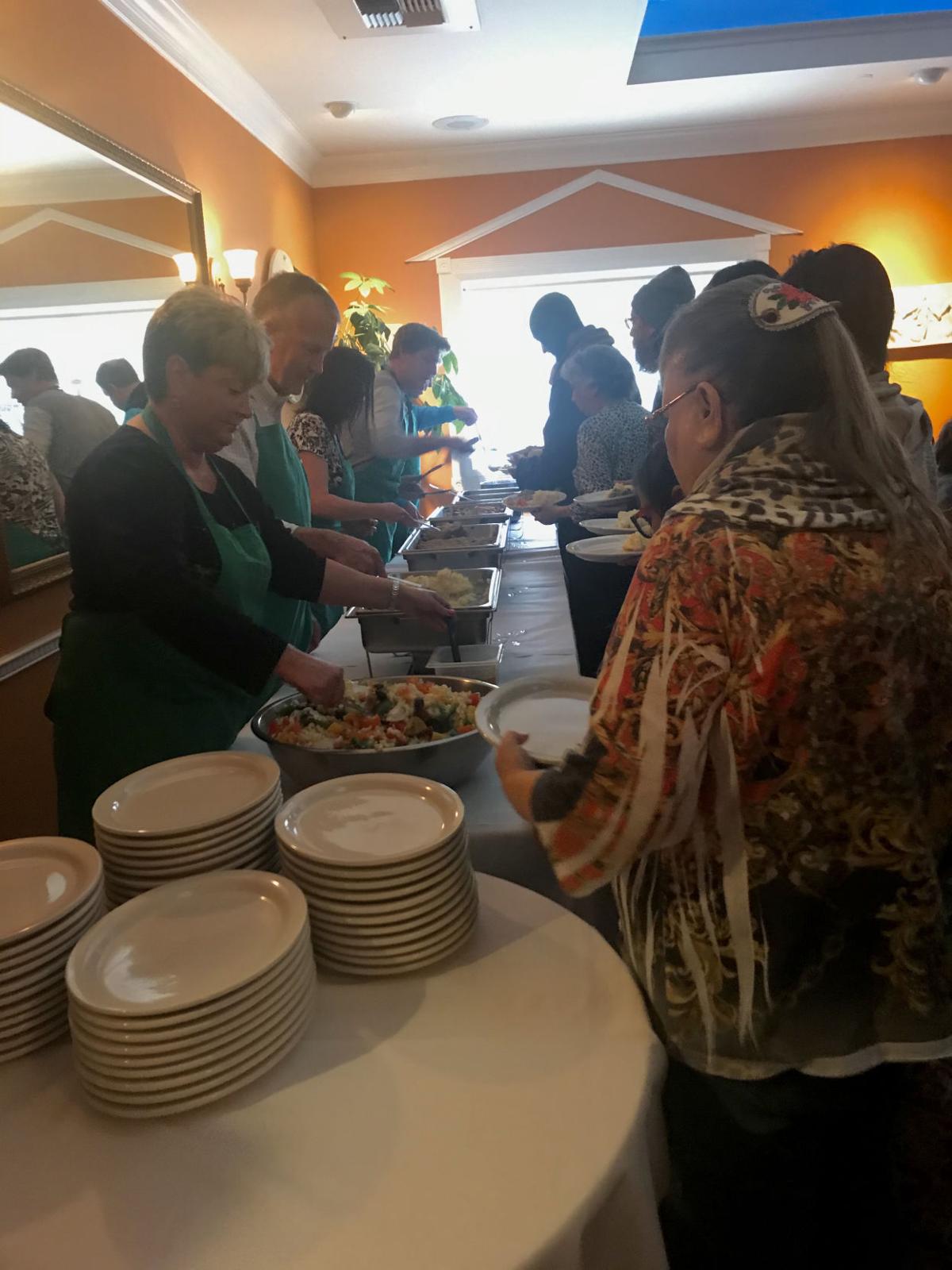 Members of the community, including Alaska Republican Sen. Dan Sullivan, serve Thanksgiving food to those in need at Bobby's Downtown Thursday afternoon.

Light snow falls outside Bobby's Downtown Restaurant as a Thanksgiving meal open and free to the public is served inside.

Members of the community, including Alaska Republican Sen. Dan Sullivan, serve Thanksgiving food to those in need at Bobby's Downtown Thursday afternoon.

On any given day, Bobby’s Downtown restaurant serves some of the more high-end dishes in town with a carefully seared steak or rack of lamb costing around $34. But Thursday, the restaurant took down the price tags and opened its doors to anyone in need of a hot, free Thanksgiving meal.

Cooking began at 1:30 a.m and along with all the traditional sides, a whopping 15 turkeys headlined the menu. Prime rib waited in the wings as a delectable back up in case the turkeys ran out, as happened last year, according to Rena Nikolaieds, sister of restaurant owner and namesake Bobby.

“Last year we made between 12 and 14 turkeys and we ended up running out of turkey so we brought out prime rib,” Nikolaieds said Thursday before the meal. “This year we planned ahead.”

Two priests arrived at 2 p.m. to bless the meal before a growing crowd dug in, forming a line across the dining hall and leading down the back ramp to the bar area.

As a heavy snow fell outside, the whole restaurant bloomed with the smell of herbs, turkey and stuffing with everyone from young children to elders eagerly awaiting the feast.

Jean Williams, 81, sat with her son, Russel, at the end of a long banquet table near the back wall of the restaurant.

Williams, who has lived in Fairbanks since 1976, said she usually cooks her own Thanksgiving meal but as she has gotten older she struggles with her memory often and found it was easier this year to come out and spend the holiday with the community.

Her favorite pies to make in the past were pumpkin and pecan, she noted, adding that homemade pies are always the way to go.

“I usually make the whole meal; turkey, sweet potatoes, stuffing, gravy,” Williams said. “But I’ve lived here for so long, so this year my son thought it would be nice for us to come out and spend the holiday with members of the community.”

Bobby’s Downtown has been putting on a free meal open to members of the Fairbanks community in need since the business opened more than a decade ago.

It began small, but once word got out, each year the crowd has grown, Nikolaieds noted.

She says the impetus for her and her brother to host the annual feast is to show appreciation to the community that has been so supportive of the business over the years.

“We have had so much support even since we opened so this is just a great opportunity to give back,” she said.