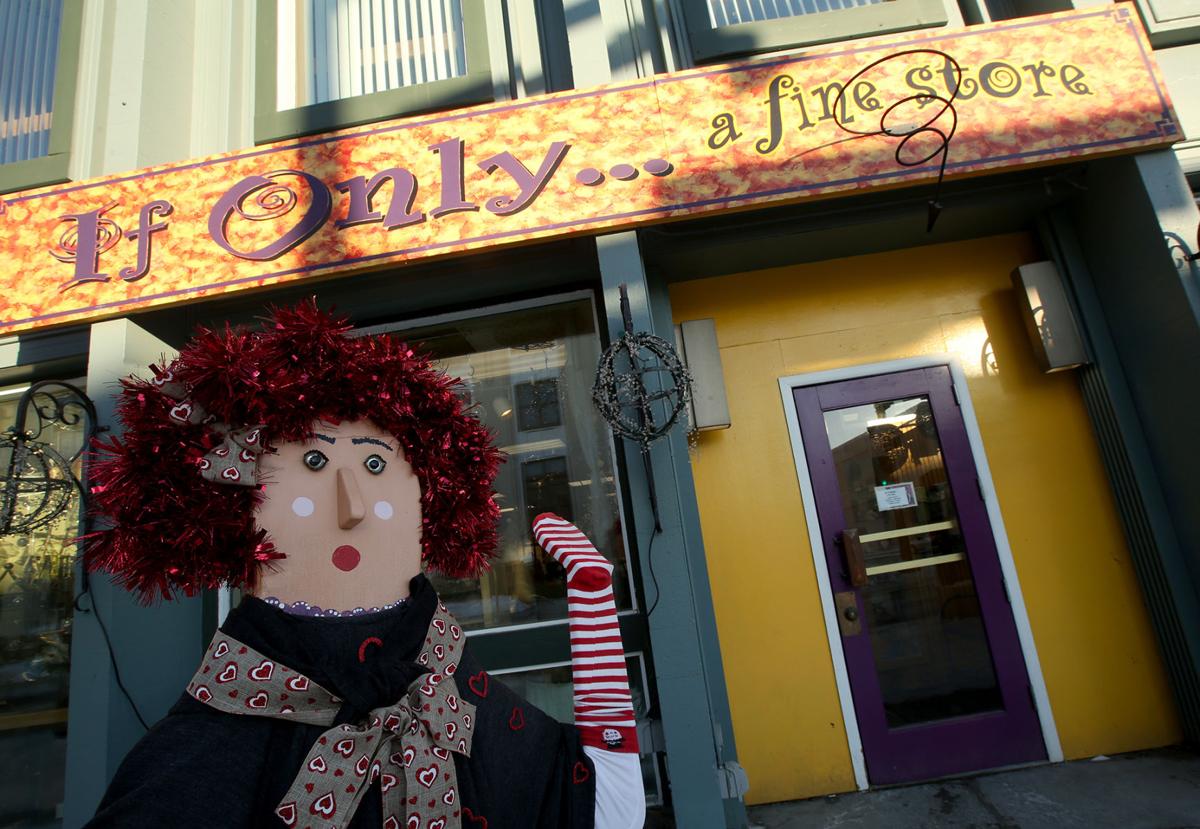 If Only... a Fine Store on Cushman Street Thursday afternoon, February 28, 2019. 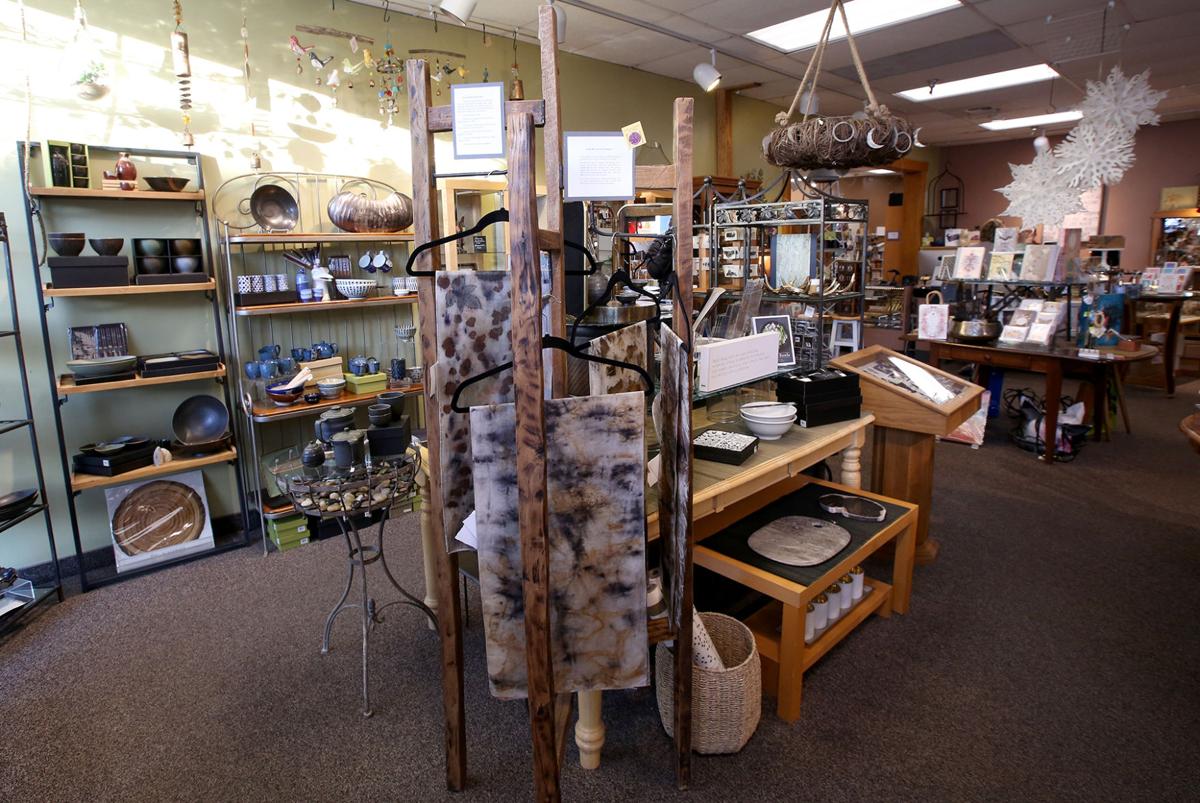 A wide selection of items at If Only... a Fine Store on Cushman Street Thursday afternoon, February 28, 2019. 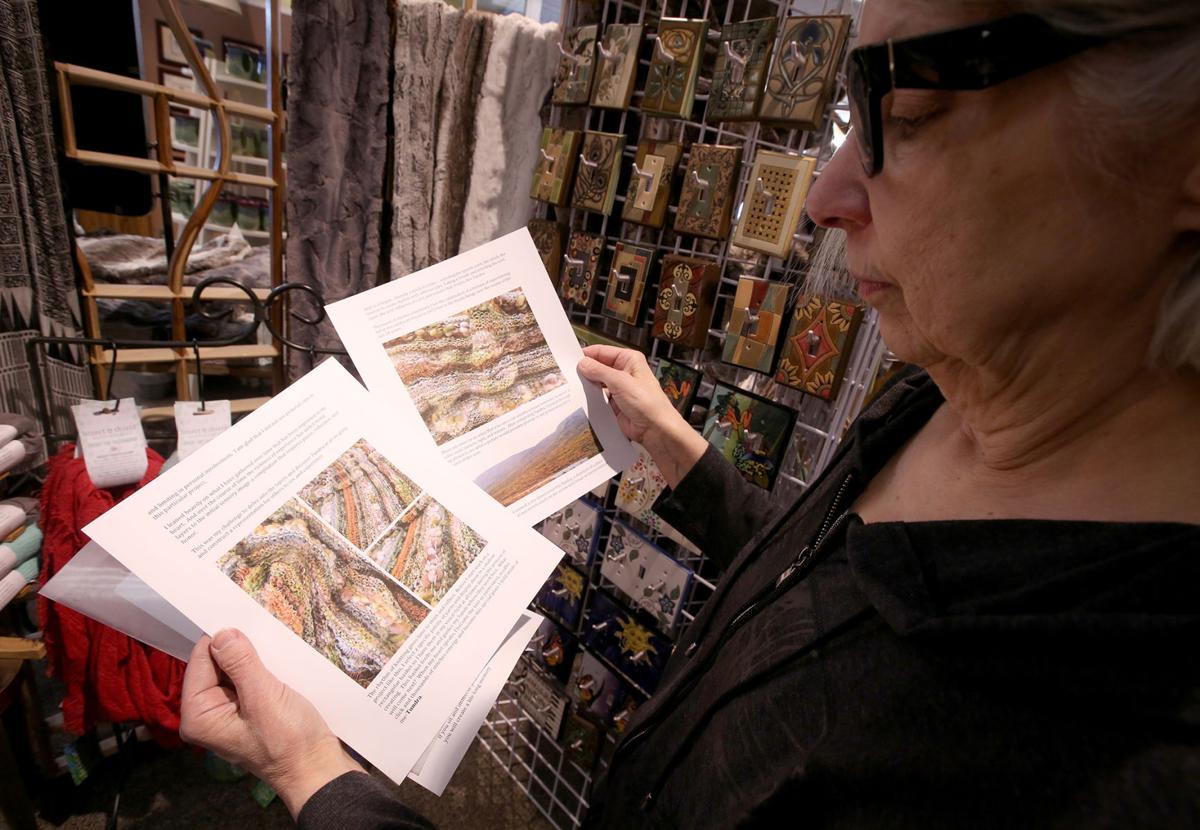 Knitting artist Georjean Seeliger talks about the design of one of her pieces while looking over photographs of her work in preparation for setting up for a First Friday opening at If Only... a Fine Store on Cushman Street Thursday afternoon, February 28, 2019.

If Only... a Fine Store on Cushman Street Thursday afternoon, February 28, 2019.

A wide selection of items at If Only... a Fine Store on Cushman Street Thursday afternoon, February 28, 2019.

Knitting artist Georjean Seeliger talks about the design of one of her pieces while looking over photographs of her work in preparation for setting up for a First Friday opening at If Only... a Fine Store on Cushman Street Thursday afternoon, February 28, 2019.

FAIRBANKS — For 21 years, Martha the wooden doll has stood outside “If Only… a fine store.” Now the business is closing in May, and Martha’s future lies beyond the sidewalk on Cushman Street.

“Martha’s got all kinds of things she’s planning on doing,” said store owner Rebecca Morse. “And we do plan to take her around to do some of these things. She wants to hike the Pinnell Trail, and she wants to go back to (the University of Alaska Fairbanks) and she wants to go to HooDoo (Brewing Co.).”

The store opened in 1998 through the efforts of five friends, the original owners. Morse and Georjean Seeliger, two of the original five, still own the store. The store expanded over time to dominate the bottom floor of 215 Cushman St. But, starting Monday, everything inside, down to the shelving units, goes on sale as Morse and Seeliger prepare to close the shop.

A number of factors led to the store’s closing, but Seeliger said that none of it has to do with bankruptcy or retirement. The two of them just want to pursue other things.

“Because you’re good at it doesn’t mean you should do it your whole life,” she said.

Seeliger added that she’s been a teacher and loves that, too, but she thinks it’s important to find other opportunities.

“When in your life should you love something to death, meaning that you’ve strangled it?” she said.

When it began, the idea was to find things that made people think “If only they had this in Fairbanks” and carry it in stock. The owners wanted the store to carry “functional and beautiful” items, Seeliger said.

“It’s always been a very eclectic mix and ever changing,” she said.

The shelves are stocked with a variety of goods: local artwork, greeting cards, dishware, various crystals and stones, shoulder bags, journals, and even a fountain. As long it has a use and can bring someone happiness, it could end up in the store.

The owners also thought it was important to bring humor to the business. That’s where Martha comes in.

“We felt (the Lower 48) has got Martha Stewart, we’ve got Martha of the North,” Seeliger said.

Martha, who has a wardrobe for every occasion, was made out of a UAF dormitory room door. Her eyes are bottle caps from Silver Gulch Brewery.

Martha has been with the store the whole time, a “beacon of existence” before they even had a sign up, Seeliger said.

“Martha has a personality and a persona, and because of that it also caused us to really think about, you know, we’ve given a lot of dedication and a lot to operate this store,” Seeliger said. “But we have things in our life, and we’re not 21 anymore, and things that we hope to accomplish and to do, and we really felt it was time.”

So with the goal to have everything in order and shut down by May 18, Martha’s birthday, If Only will have its last First Friday today. They’ll be displaying Seeliger’s fiber arts and operating as usual.

Then, on Monday, the clearance sale will start with items getting marked down 20 percent and progressing from there. The products, the fixtures and the store furniture will all be for sale. Customers can check ifonlyalaska.com or the store’s Facebook page for updates on the sales prices.

Seeliger and Morse plan to stay in Fairbanks. Now that they’ve answered two decades worth of “If Onlys,” it’s just a matter of what they want to do next.

“We look forward to having some real time,” Seeliger said. “Time to devote to other interests,” Morse added, “and also to enjoy being in Alaska.”

Kyrie Long is an editorial assistant with the Fairbanks Daily News-Miner. She can be reached at 459-7572.