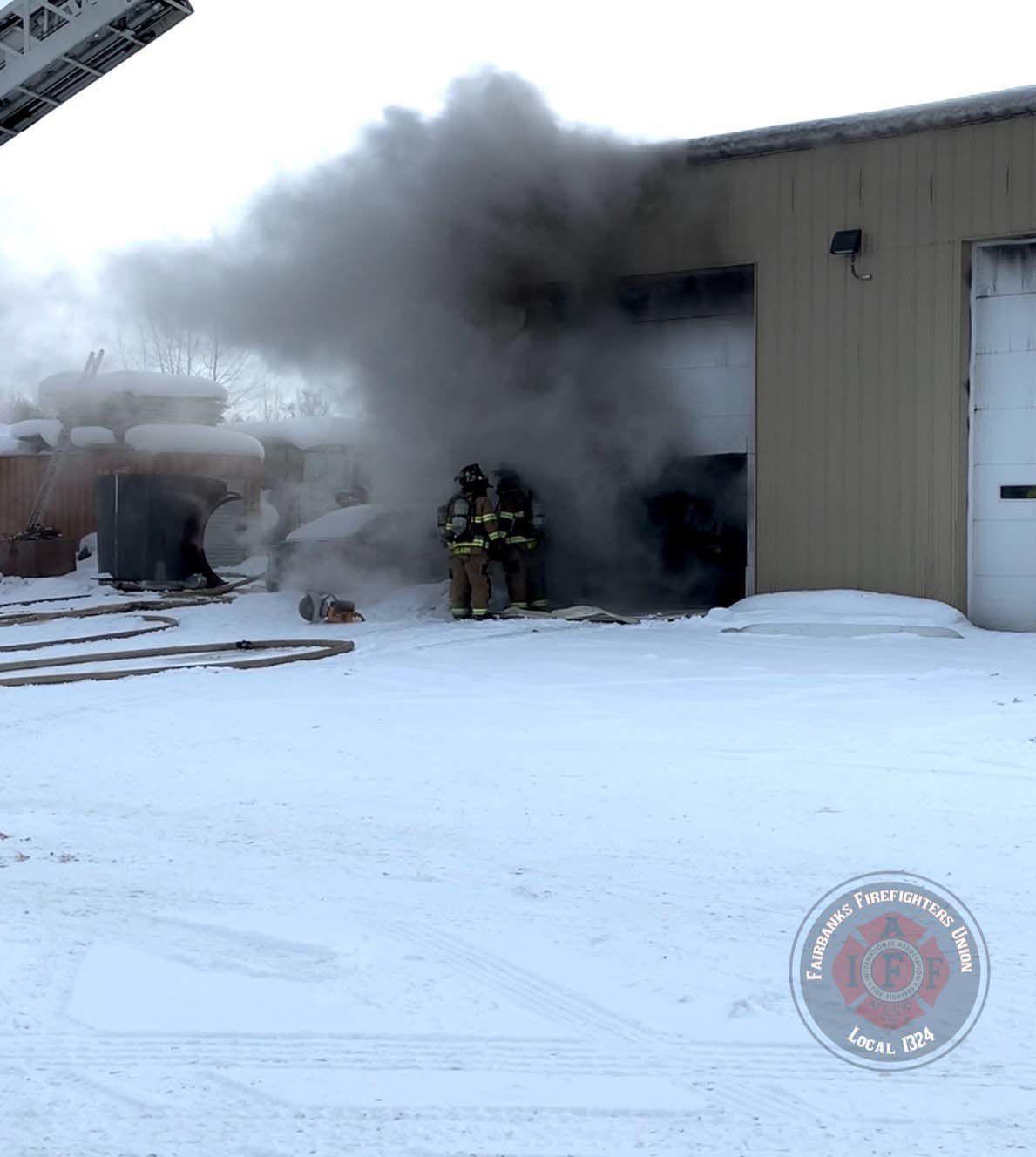 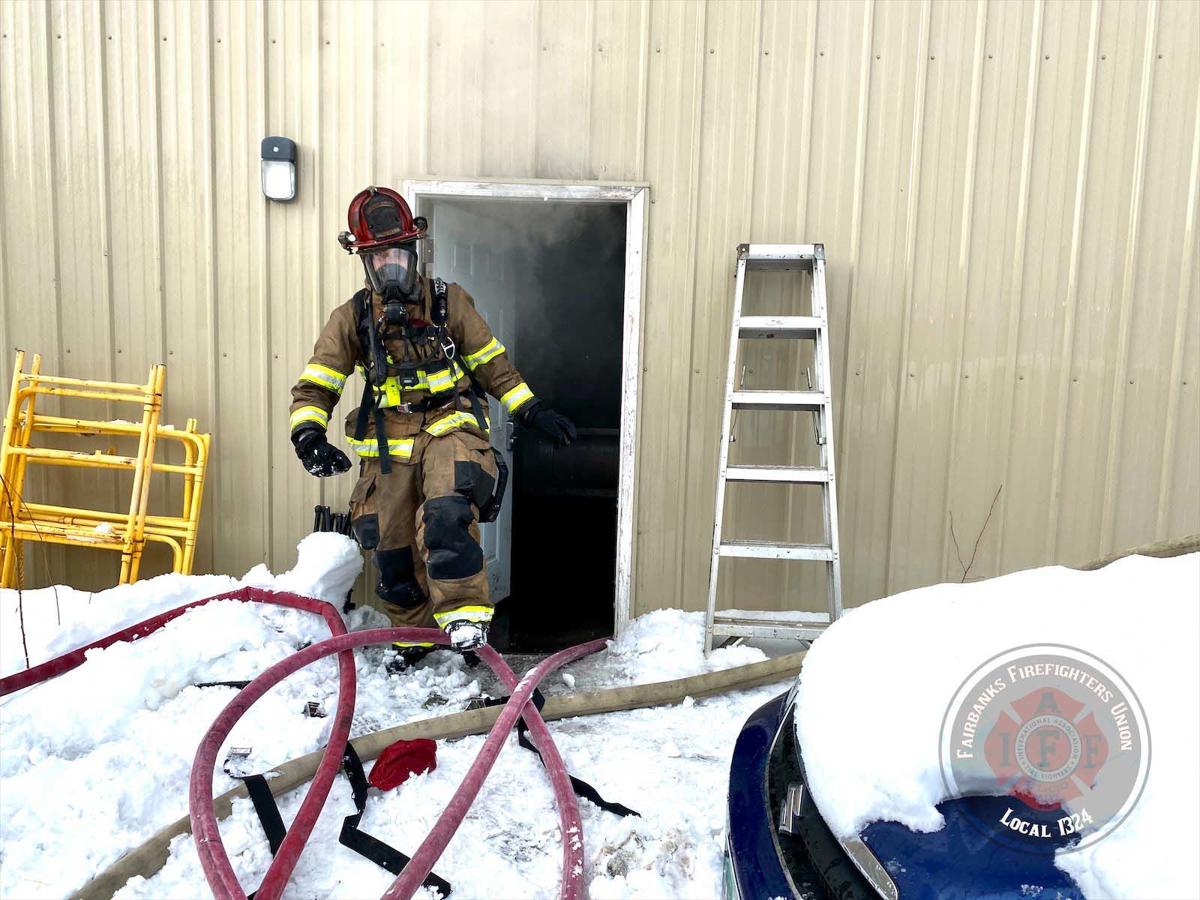 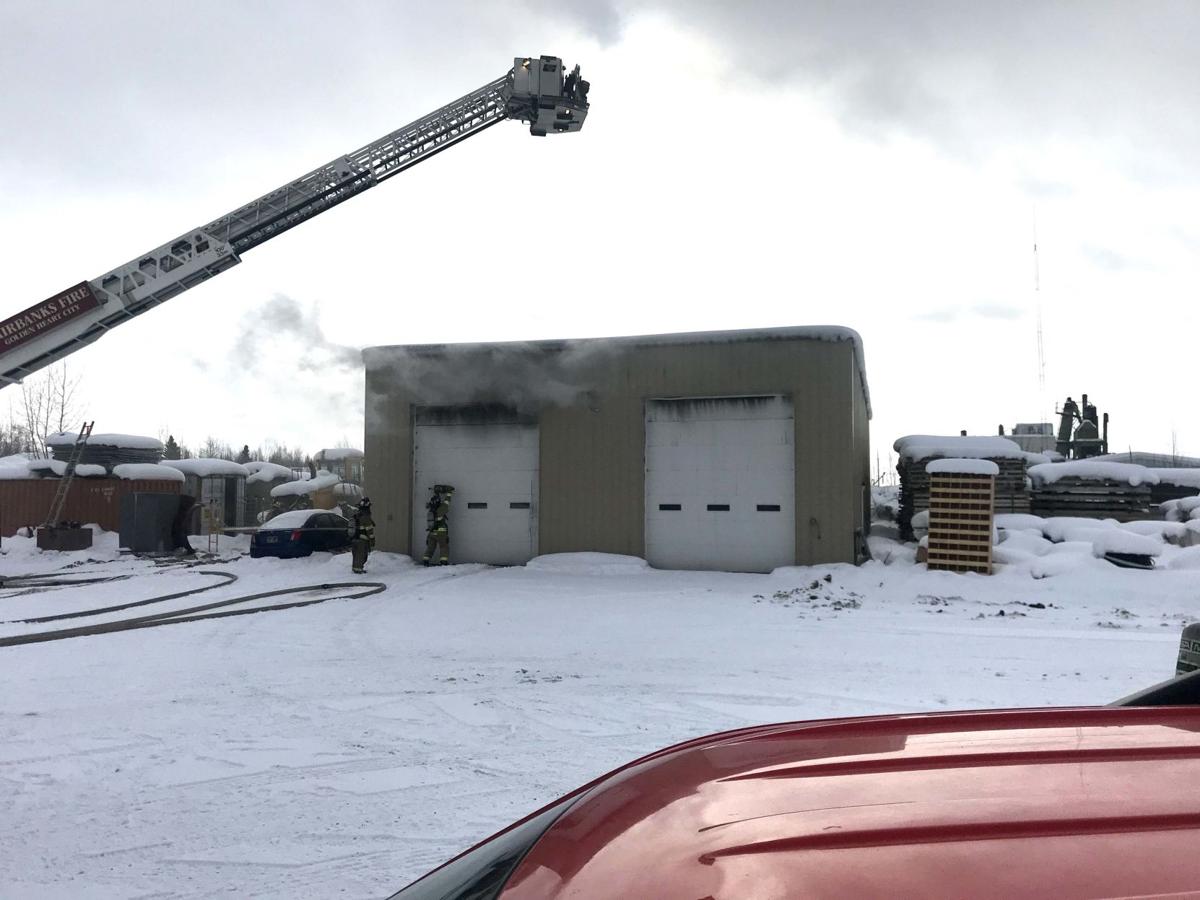 The first call came in at 12:48 p.m. after employees at a Surrey Drive business saw smoke coming out of a shop building. Fire crews responded to the South Fairbanks business and found a semi-truck on fire inside the shop, according to Fairbanks Fire Battalion Chief Scott Raygor.

The truck sustained significant damage and the building sustained minor smoke and fire damage. Crews took about 20 minutes to knock down the blaze and the operation was concluded about an hour and 10 minutes later.

Crews were finishing clean up at the shop when someone reported seeing smoke coming out of the storage units at Sophie’s Plaza. Firefighters searched the two-story structure and found a Dodge Ram pickup truck smoldering inside a ground floor, heated storage unit.

The cause of the fire is under investigation but appears to have been started by a battery charger or winterization package that had been left plugged in.

Raygor said the storage unit was relatively airtight and the fire had smothered itself out by the time firefighters arrived. The truck was a complete loss and its battery burned through the engine and dropped to the floor. The storage unit sustained little damage and there was no appreciable damage to other units.