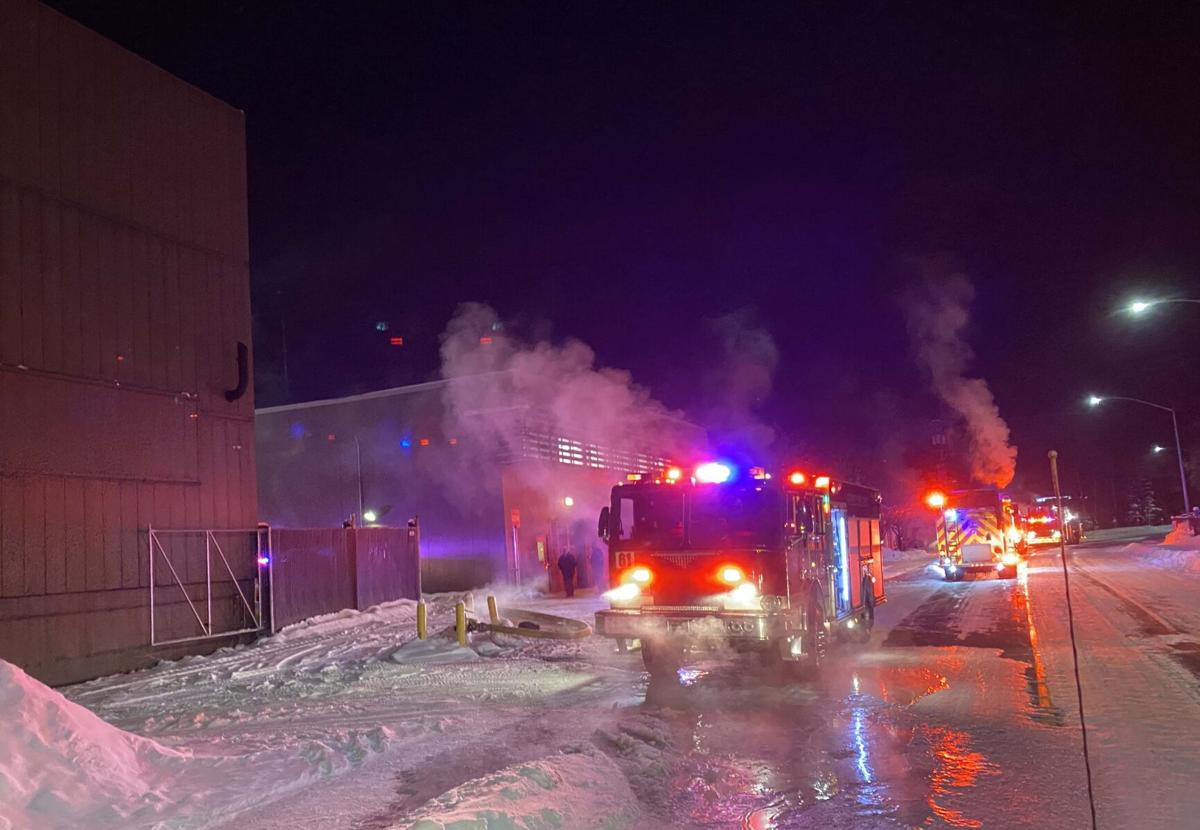 Fairbanks fire crews battled a coal fire at Aurora Energy early Monday morning in Fairbanks on the coldest night of the year. 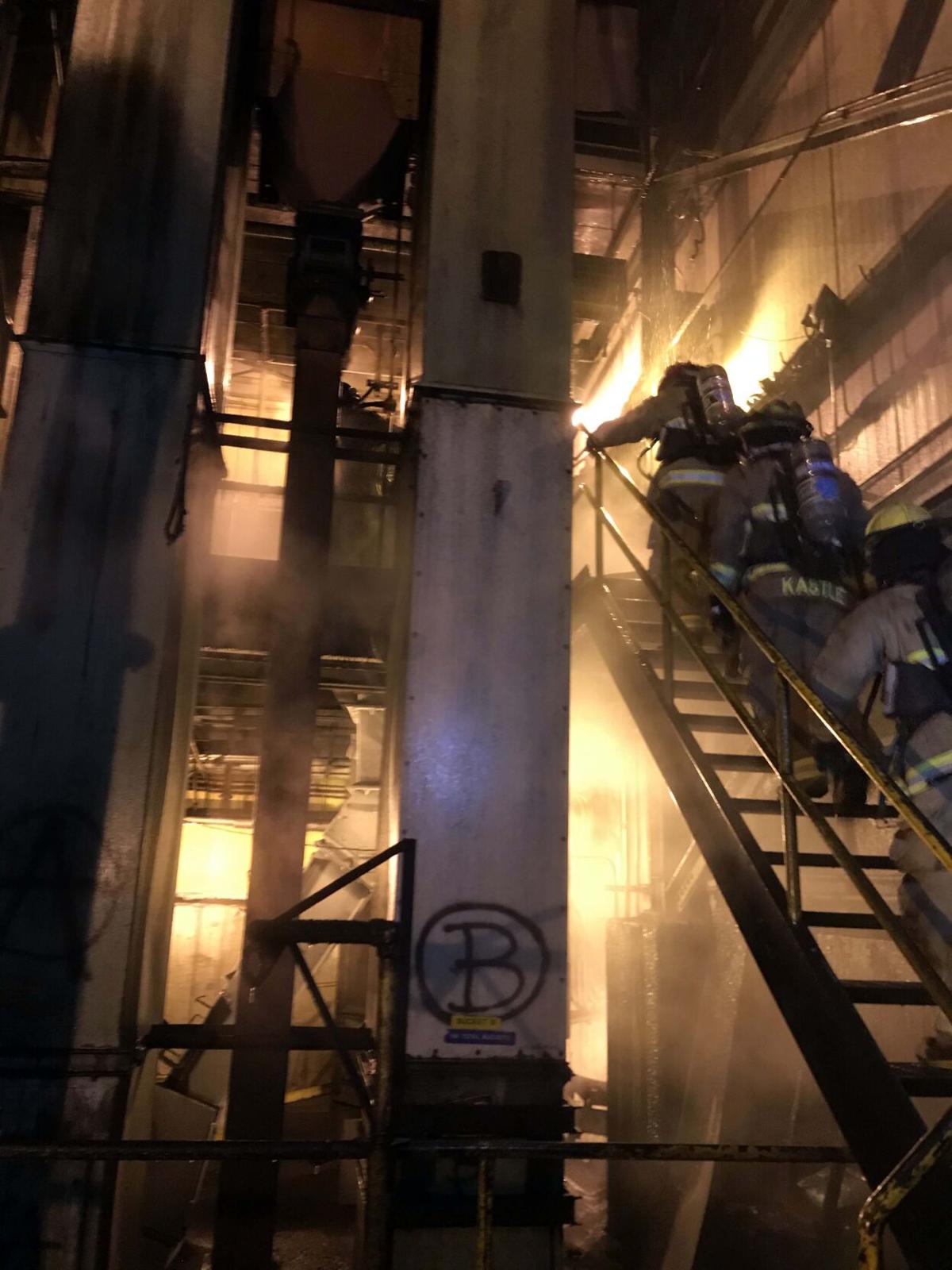 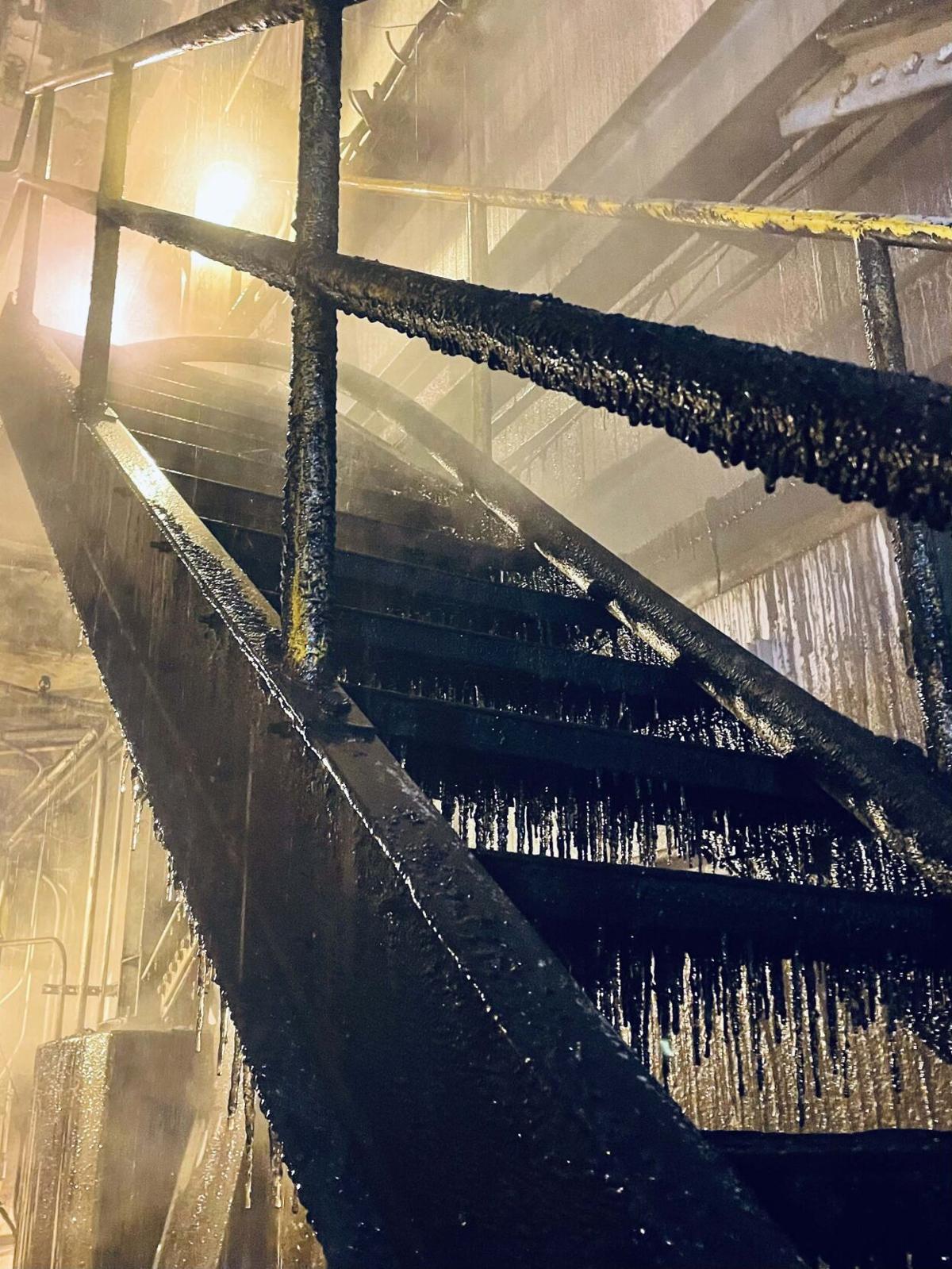 Fairbanks fire crews battled a coal fire at Aurora Energy early Monday morning in Fairbanks on the coldest night of the year.

Firefighters extinguished a coal dust fire at Aurora Energy after battling it for 12 hours on the coldest night of the year.

No injuries have been reported, and the power plant stayed in operation the whole time, Battalion Chief Dominic Lozano said.

The Fairbanks Fire Department along with several other fire agencies were on scene at the energy plant at 1206 First Ave. since approximately 12:30 a.m. Monday, Teal Soden, the city communications director, wrote in an email to the News-Miner.

Fire crews from the Fairbanks Fire, Fort Wainwright and University Fire departments were en route in two minutes and on the scene in five minutes, Soden wrote.

“We saw it was a working fire,” Lozano said. “It was on the fifth floor — so lots of stairs."

Because of the manpower needed, fire crews rang a second alarm which brought the Chena Goldstream and Steese Fire departments to the scene, Lozano said.

“So we had most of the borough at play,” he said, “close to 55 people total throughout the night.”

The night happened to be especially cold — the National Weather Service announced that Fairbanks reached 40 below zero for the first time this season.

“We tried to keep people and equipment warm,” Lorenzo said. “Equipment just doesn’t want to work at those extreme temperatures.”

The crews got the fire knocked out at about 5 a.m. but spent seven more hours fighting the coal dust. The cause of the fire is still under investigation, and Lozano said the plant had boiler issues earlier.

Another fire broke at the same location last week, but the reasons for the two fires seem unrelated, Soden wrote.