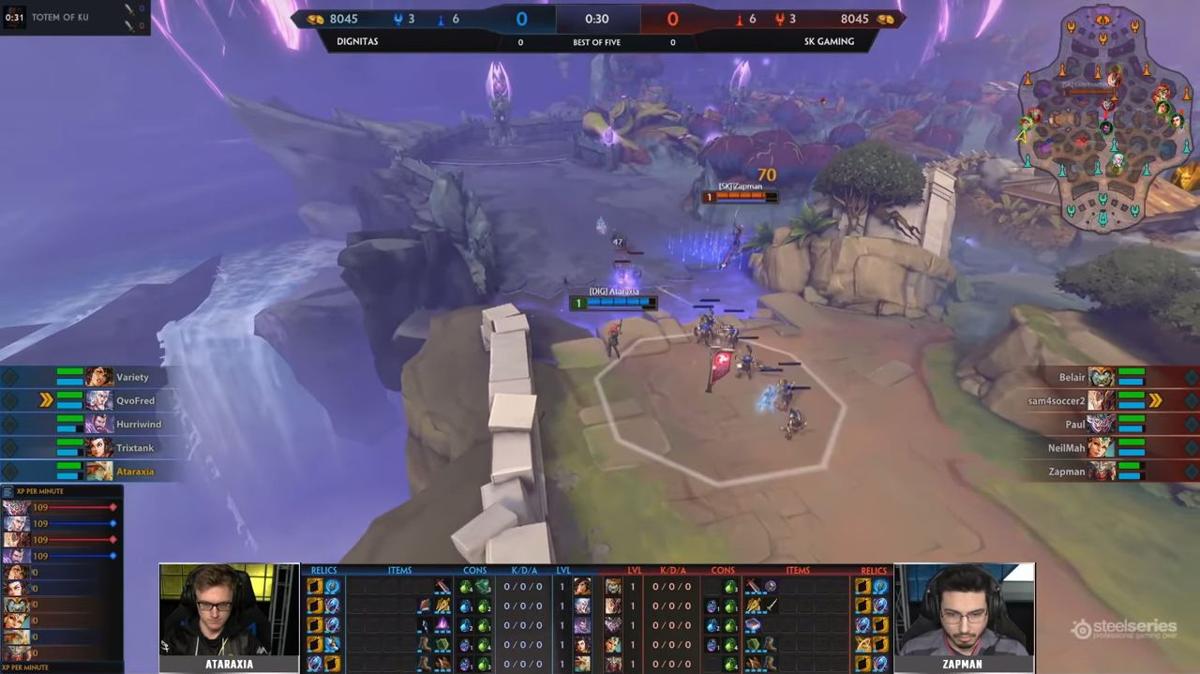 “Smite,” an online multiplayer game is one of the games that is currently set to be played by interested students in school districts across the state next year, following the Alaska School Activities Association sanctioning esports in late April. In this screenshot, players in “Smite” Pro League face off against each other. 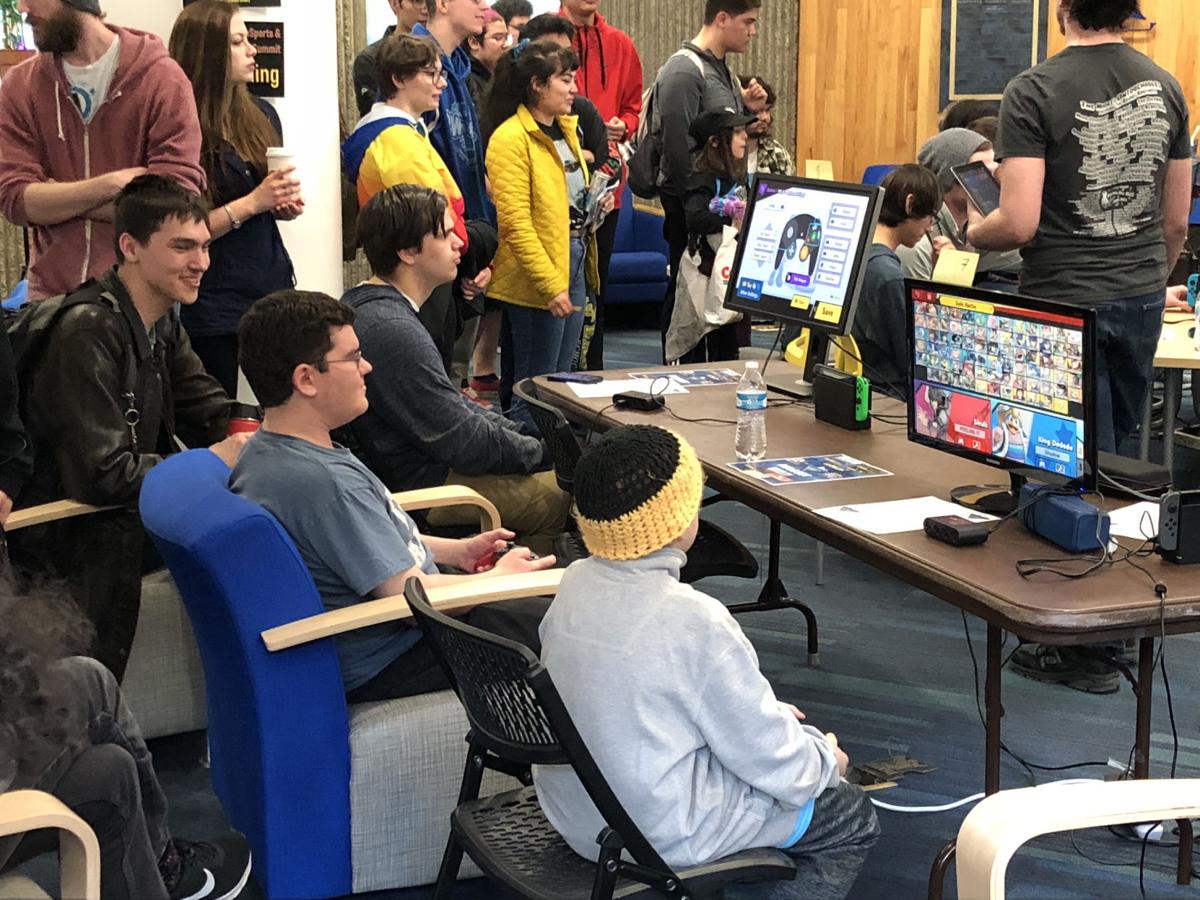 People of all ages attended the eSports and Gaming Summit at UAF on March 30. Teenagers, college students and even some middle schoolers are on the university campus to play games and attend lectures on esports. The Alaska School Activities recently sanctioned esports statewide, so students can begin joining esports teams at their schools next fall. 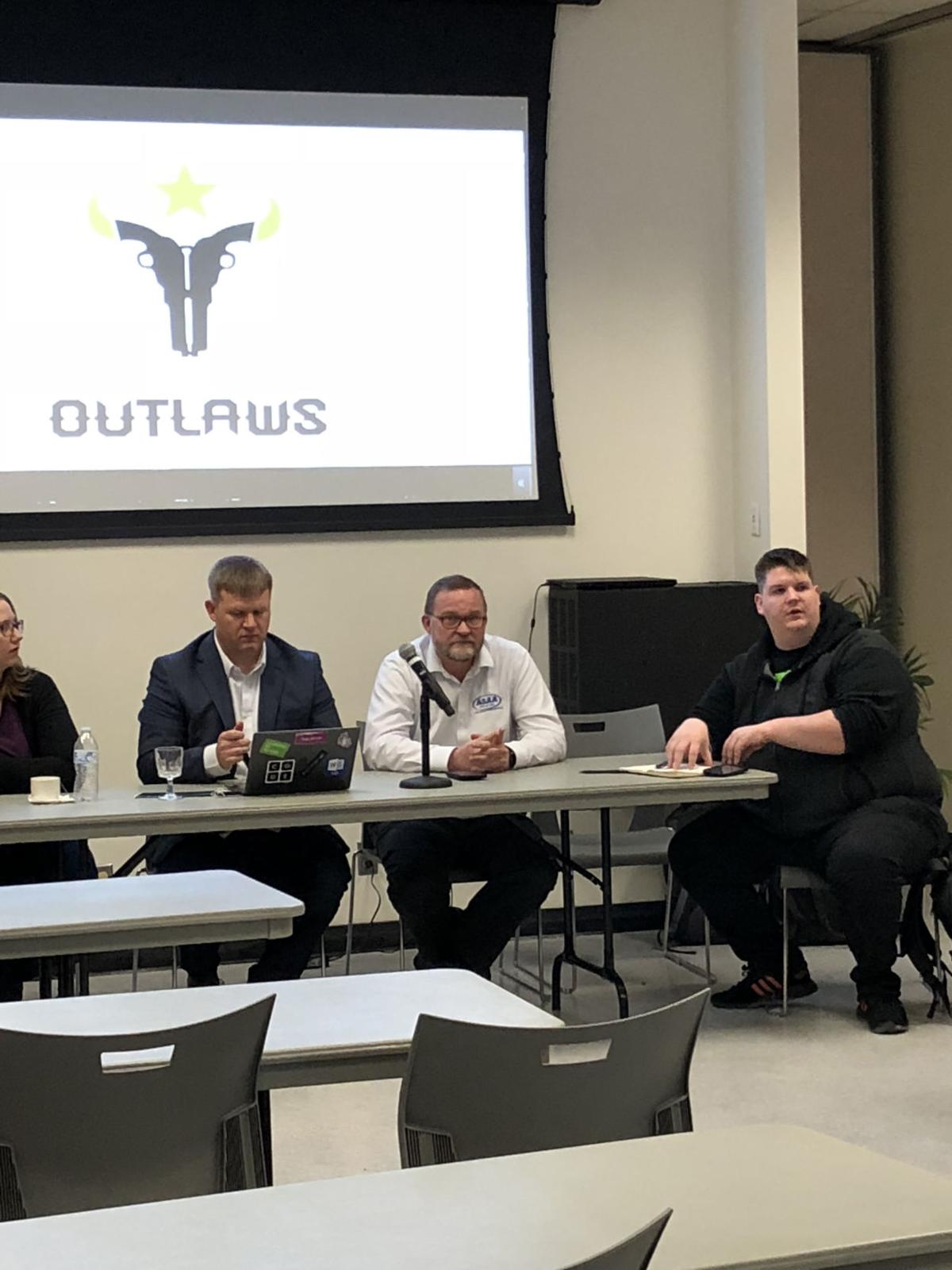 “Smite,” an online multiplayer game is one of the games that is currently set to be played by interested students in school districts across the state next year, following the Alaska School Activities Association sanctioning esports in late April. In this screenshot, players in “Smite” Pro League face off against each other.

People of all ages attended the eSports and Gaming Summit at UAF on March 30. Teenagers, college students and even some middle schoolers are on the university campus to play games and attend lectures on esports. The Alaska School Activities recently sanctioned esports statewide, so students can begin joining esports teams at their schools next fall.

“Fairbanks has contacted me on what would be some of the requirements to get started and so forth,” said Billy Strickland, executive director of ASAA.

Esports is a term used to describe electronic sports or competitive video gaming. With school no longer in session for the summer, seasons are in the works for the upcoming 2019-20 school year.

“We have middle and high schools who have inquired about costs and details related to what having an esport club or group would entail,” Assistant Superintendent Shaun Kraska wrote in response to an inquiry from the News-Miner. “West Valley, Hutchison and Lathrop have shown interest and Tanana and North Pole Middle have inquired as well. None of these schools officially have esports teams or clubs because the season has not started yet.”

Practices will officially start in October, according to Strickland, who said the first season will run through December.

He said schools will need to work with information technology to understand the computer and bandwidth requirements for running games.

“So there’s some setup responsibilities, if you will,” Strickland said.

Since esports have been sanctioned, Luke Meinert, director of technology for the Yukon Koyukuk school district, said he’s heard from quite a few districts interested in competing come fall.

Meinert was involved with conversations with school districts and ASAA to make esports a sanctioned activity. He founded the league esportsAK and worked with several schools in the development of esports clubs and competitions before esports became an ASAA sanctioned activity.

“Luke kind of was real pivotal in starting the idea of esports in Alaska and then the district was the one that made the formal request for it to be considered a sanctioned activity,” Strickland said.

Meinert said that, thus far, the conversation around esports has been “super positive.”

“There’s school districts that were kind of waiting in the wings to see what ASAA was going to do that are now reaching out to ASAA and myself to talk about creating teams and what that looks like,” he said.

“They both had over 30 students interested in participating on a regular basis,” he said.

The activities association has partnered with PlayVS, a platform for high school esports leagues, for the upcoming season. According to Strickland, the ASAA chose to work with PlayVS for a few reasons. One reason is the company has contractual agreements with game publishers.

“The other main reason is they only use games that are rated T or lower — teen or lower — and do not carry any genres that could be considered a first person shooter game,” Strickland said.

This final point is vital because esports have only been sanctioned with the condition that first person shooter games not be allowed.

Games that will be offered through the PlayVS partnership are “League of Legends,” “Smite” and “Rocket League.”

Esports will also be structured a little differently than traditional sports such as basketball and football. The fall season will run through December, before school lets out for winter break. Following break the plan is to hold playoffs if participation calls for it.

“We have to have 20 schools participating in a game in order to run a playoff and therefore a championship,” Strickland said. “If we have less than 20, we’ll run the game as a regular season only with no championship.”

There is also a spring season which he said would run from roughly mid-February to May.

“Currently our rule would be a student can play in each season, but they can’t be involved on multiple teams during the same season,” Strickland said. “So if (I’m) playing ‘Rocket League,’ I can’t also be on the ‘League of Legends’ team.”

Although students may only participate on one team per season, another departure from traditional sports teams will be ASAA is considering letting schools develop multiple teams for one game.

“For example, while Lathrop can only have one varsity basketball team, we might allow them to have multiple in these games if they have interest,” Strickland said.

The reason for this is that “Rocket League” is a three person game while “League of Legends” and “Smite” are five person games. If a school has more than three students interested in playing “Rocket League,” multiple teams might be the answer.

“We would also potentially have teams in some of our alternative schools,” Strickland said. “So if Mat-Su Career Tech wanted to have their own esports team, they would be allowed to do so, although they don’t have their own basketball team.”

As far as Fairbanks goes, these types of schools have not signaled interest yet, according to Kraska.

“(They have) not at this time — again, this is very new so schools are exploring the level of interest with students, will provide information to parents and will make decisions later this fall,” she wrote.

With esports being a new activity for many schools, Strickland said, the ASAA will be watching for what the needs of the schools in order to work out what everything involving the activity will look like in the future. Things such as how schools will be classified for leagues and how to deal with internet and broadband connections will be addressed over time.

“Some of those things, we’re going to know more about it after we’ve run it a year or two,” he said.

Strickland said he hopes the addition of esports as a sanctioned activity will allow interested students to develop a connection with their school, with other students and teachers. He added that to be “good gamers” students would be able to develop skills they want kids to develop from other activities ASAA sanctions, like teamwork, problem solving, working well with others and punctuality.

“I think there’s always a segment in the school that maybe your current offerings aren’t enticing,” Strickland said. “So this gives us a chance to connect with some students that maybe we’re not at this point.”