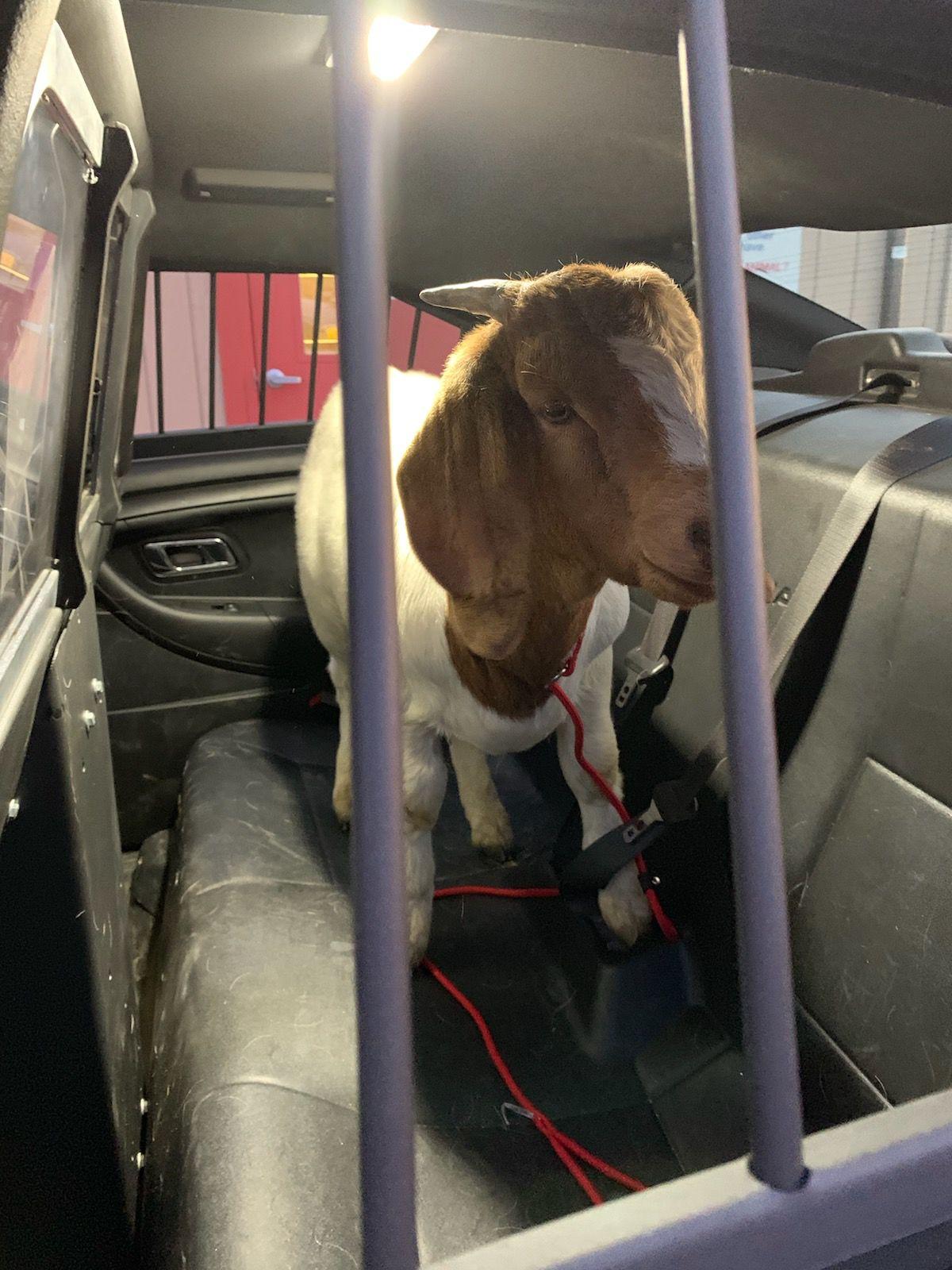 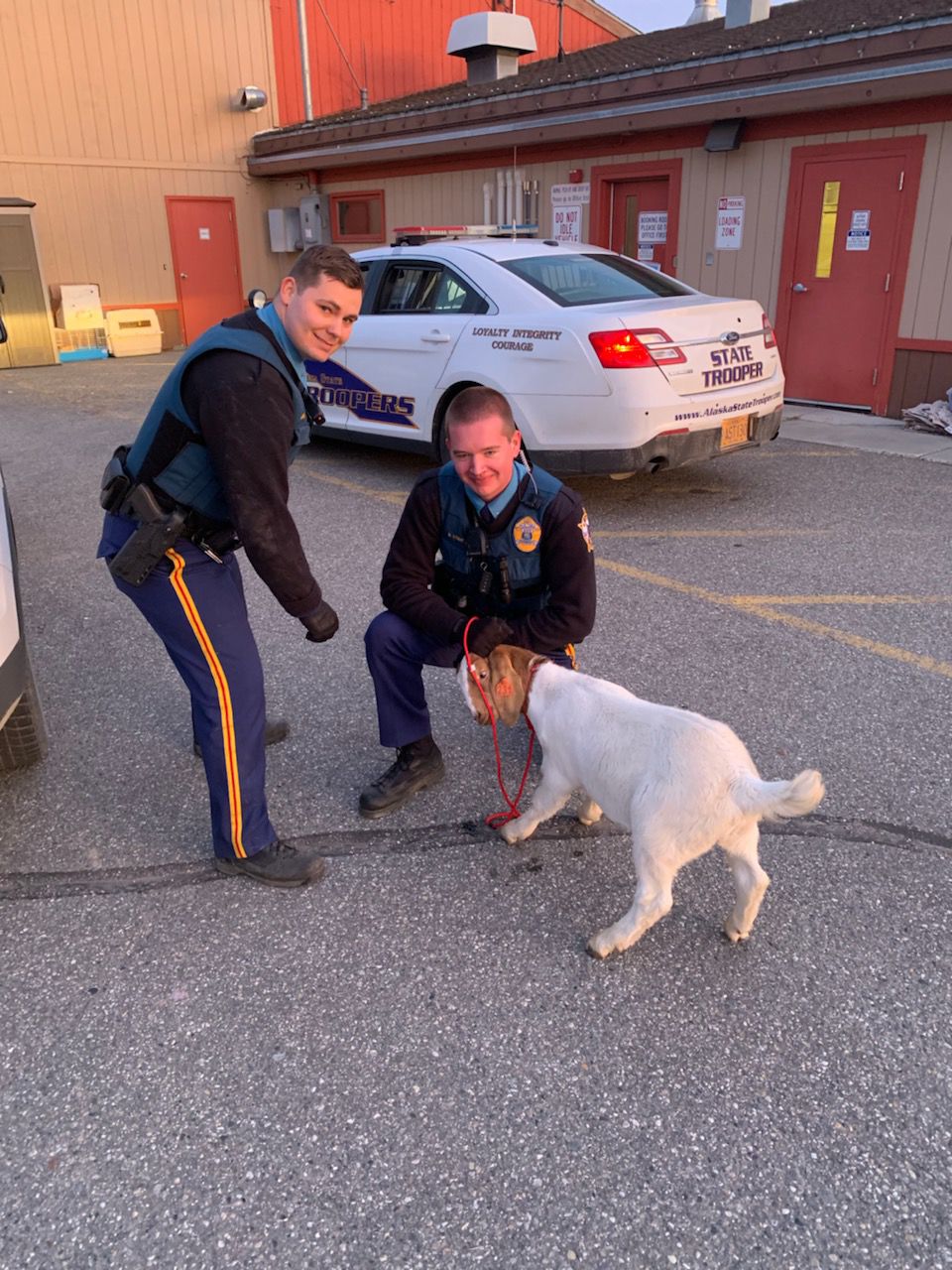 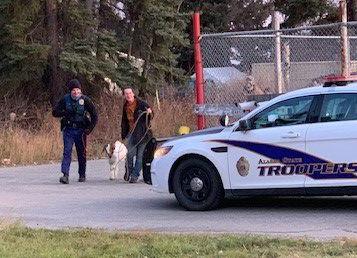 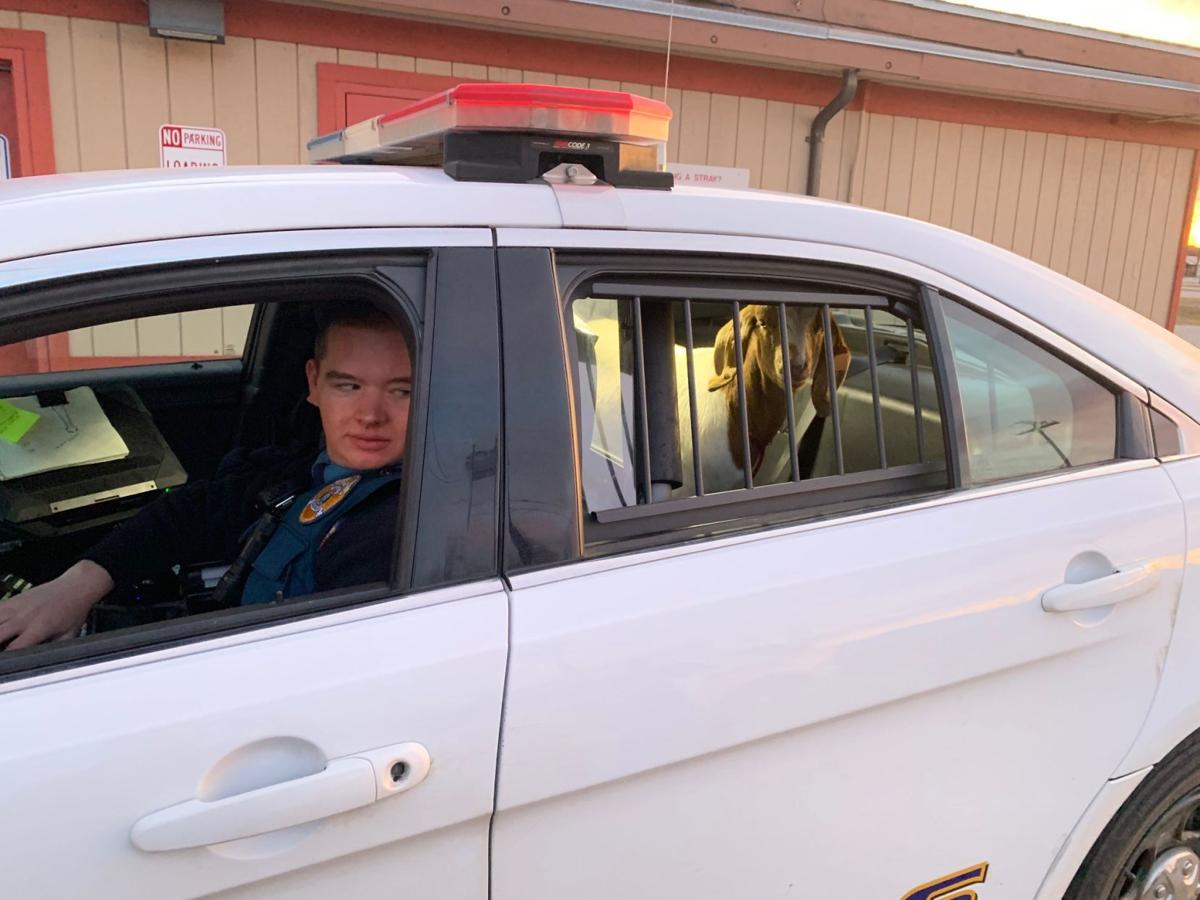 Alaska State Troopers Brian Lemay and Harrison McKenney transported the runaway goat to Animal Control Tuesday evening, after members of the public managed to capture it.  Courtesy Alaska Department of Public Safety
1 of 4

A runaway goat that got loose and roamed Fairbanks for nearly two days was captured by a member of the public and, with the assistance of Alaska State Troopers, escorted to Fairbanks North Star Borough Animal Control on Tuesday evening. The goat, which was christened “Curry,” by Facebook users, is being held at Animal Control.

According to Department of Public Safety spokesperson Ken Marsh, two troopers simply provided transportation to Animal Control. Members of the public captured the goat, which was near a local highway “jumping into traffic and causing some concerns” at the time. Marsh was unsure which highway it was.

“We definitely couldn’t have done it without the help of the Samaritans,” Marsh said.

Animal Control operations manager Sandy Hill also couldn't confirm the location or exact time of the goat’s capture, but she expressed her gratitude to those who helped ensure the goat’s safe return.

“They left him in the drop-off cages last night,” Hill said. “We were able to get him into his little pen and get him his breakfast this morning.”

While Hill was unable to disclose the identity of the owner, she said she has spoken to him and that the owner has expressed interested in pardoning the goat.

“He’d like to put him back with the herd so he can heal from this experience. The herd he grew up in will bring him some comfort,” Hill said. “He has also been following the Facebook posts and wants to pardon Curry and find him a pet home.”

The goat’s moniker began appearing in Facebook posts on Monday and, while other nicknames like “Meat Forest” were floated, “Curry” was adopted as a de facto name.

“I kind of picked up on what the community has been calling him,” Hill said. “I don’t think he had even had a name before this honestly.”

With regard to the owner’s intentions for the goat, Hill said that "Curry" may not end up as someone’s dinner.

“The owner has the right to redeem the animal. It sounds like the owner is very aware of the public’s opinion, and the awareness that this has brought to the situation is kind of neat,” she said. “I think, in the end, a really good thing is going to happen for this goat.”