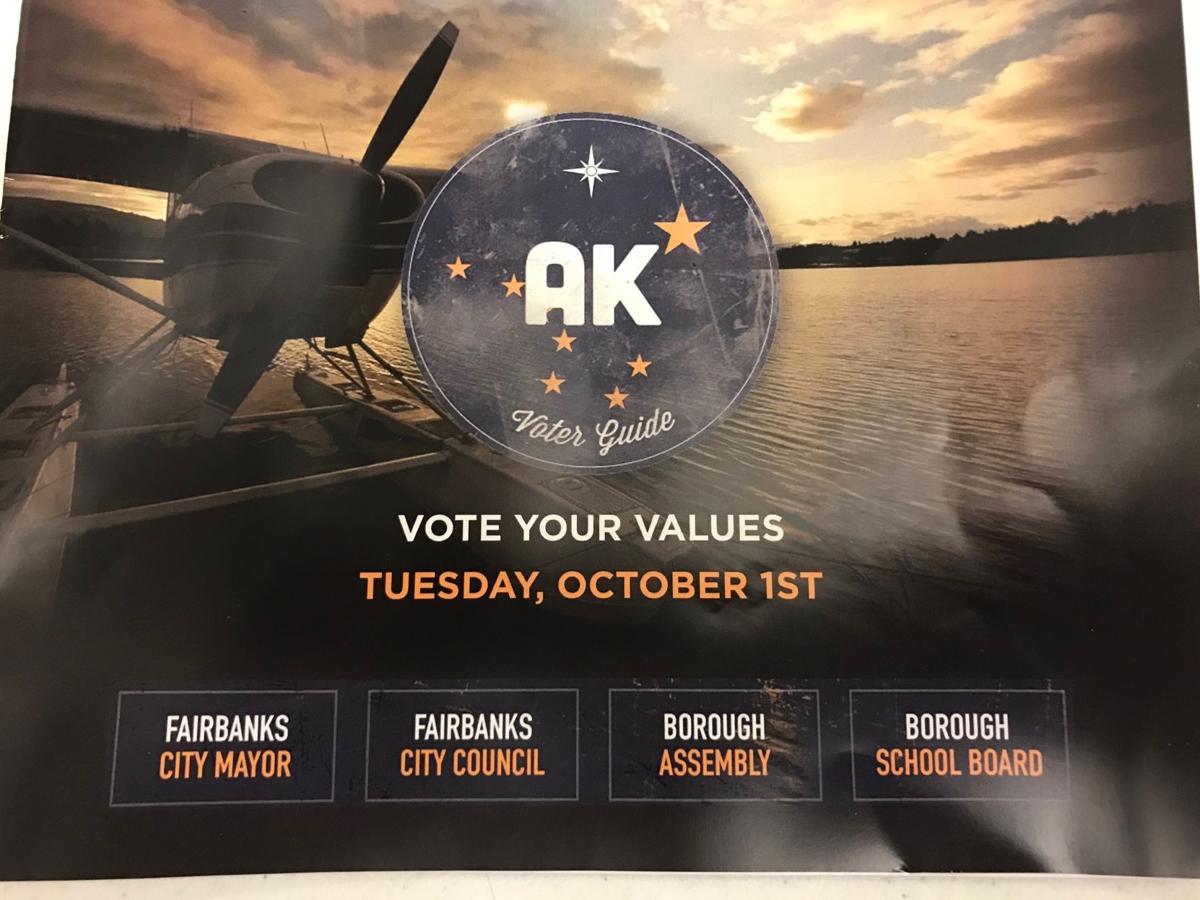 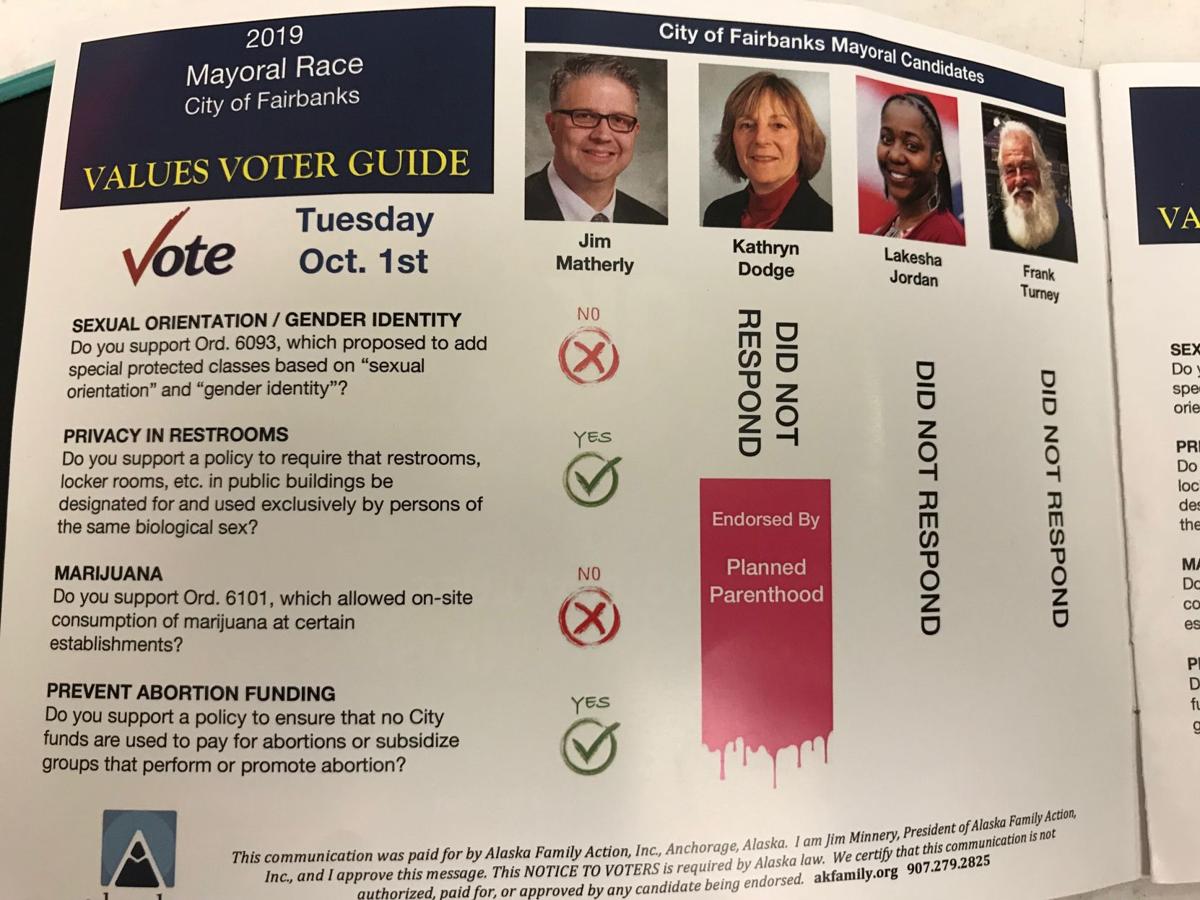 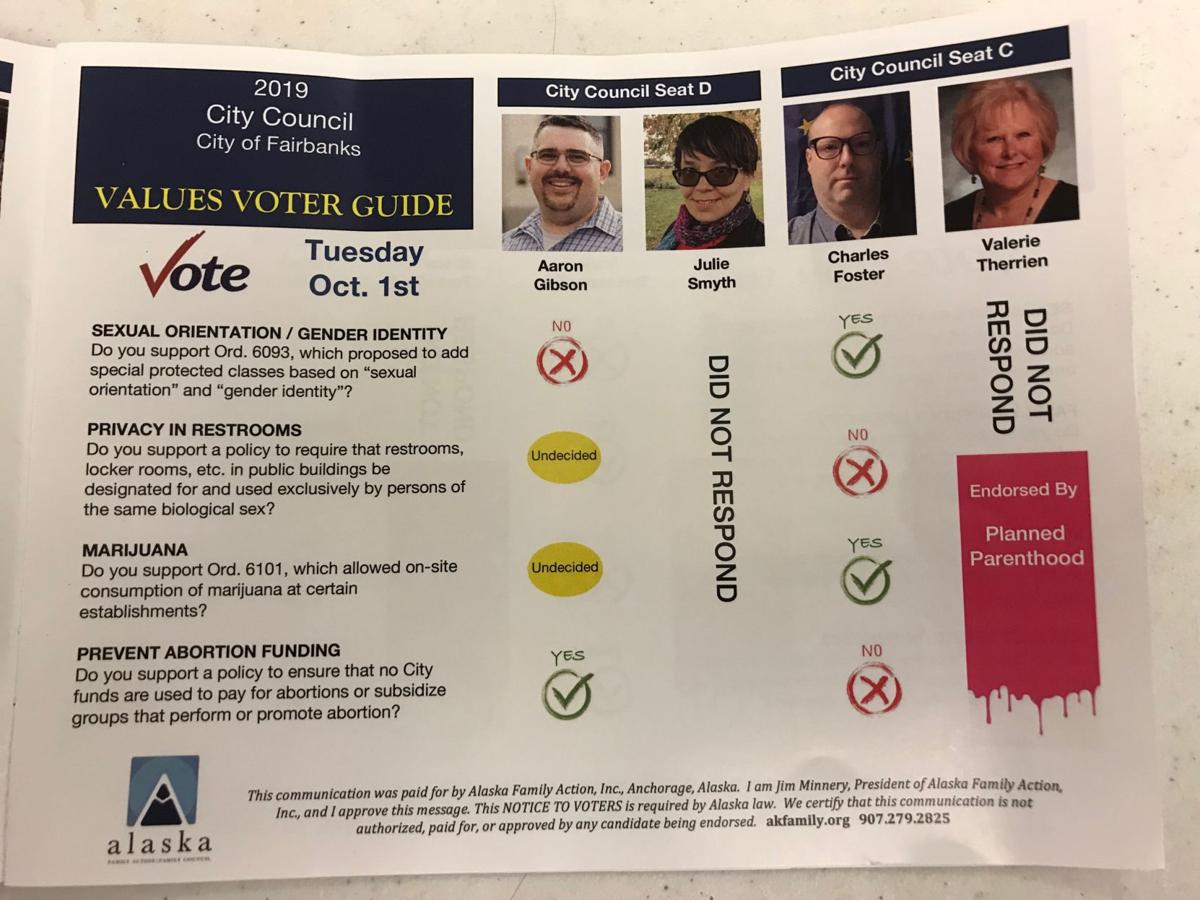 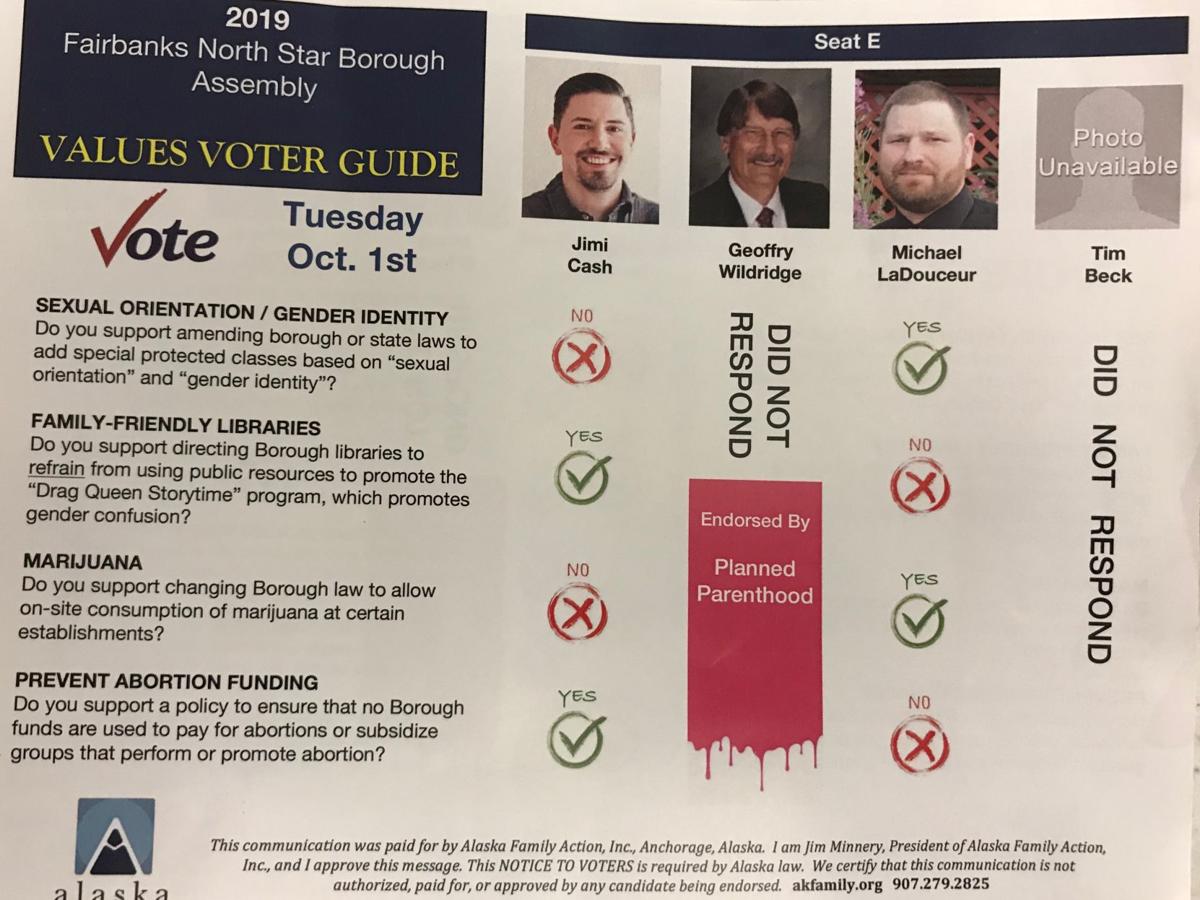 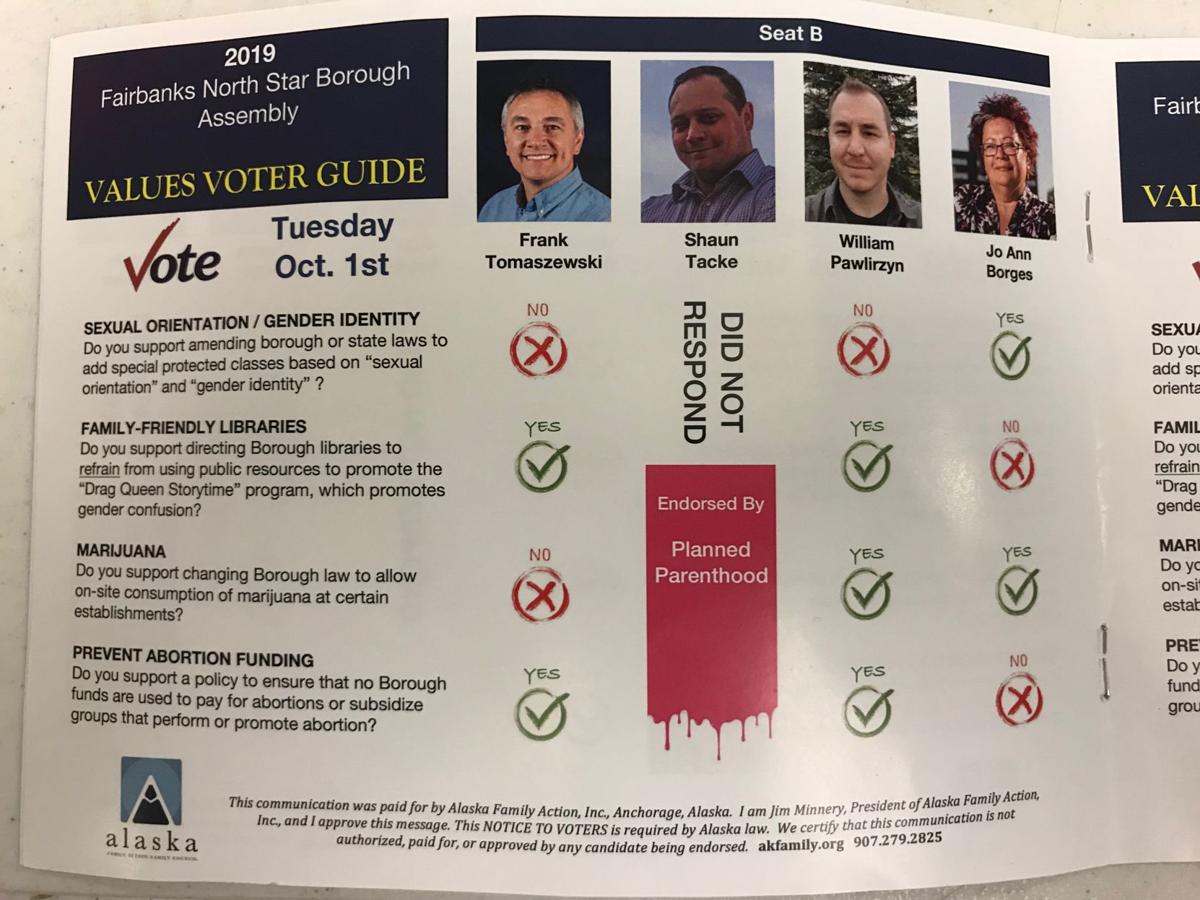 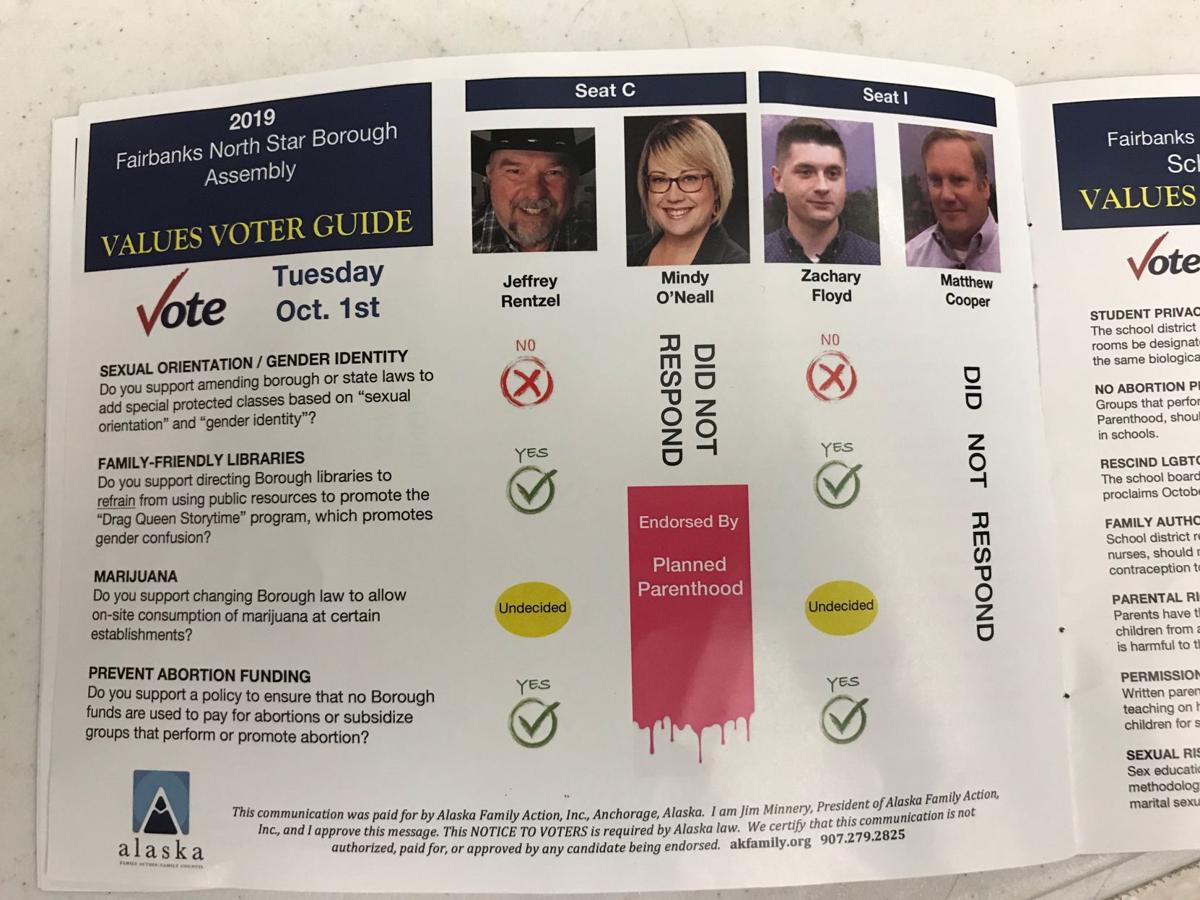 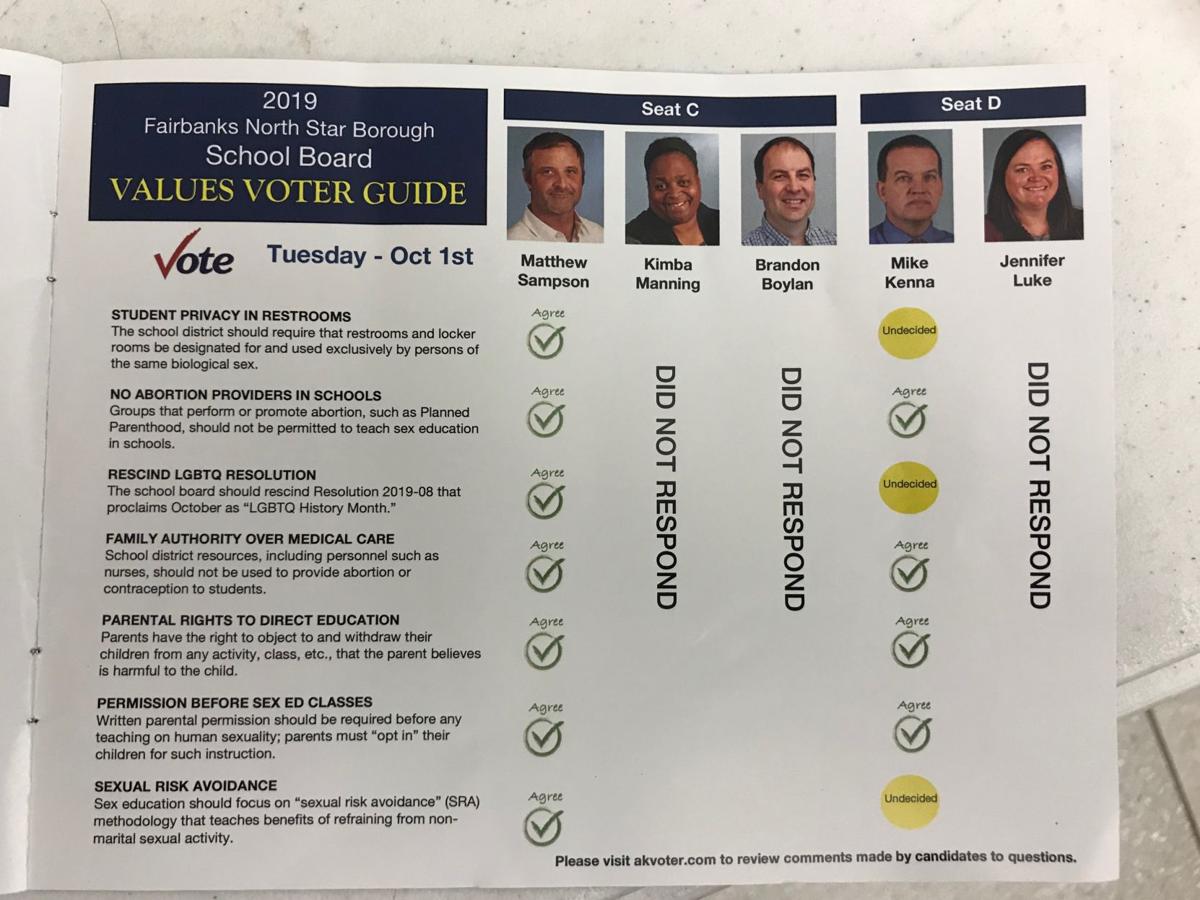 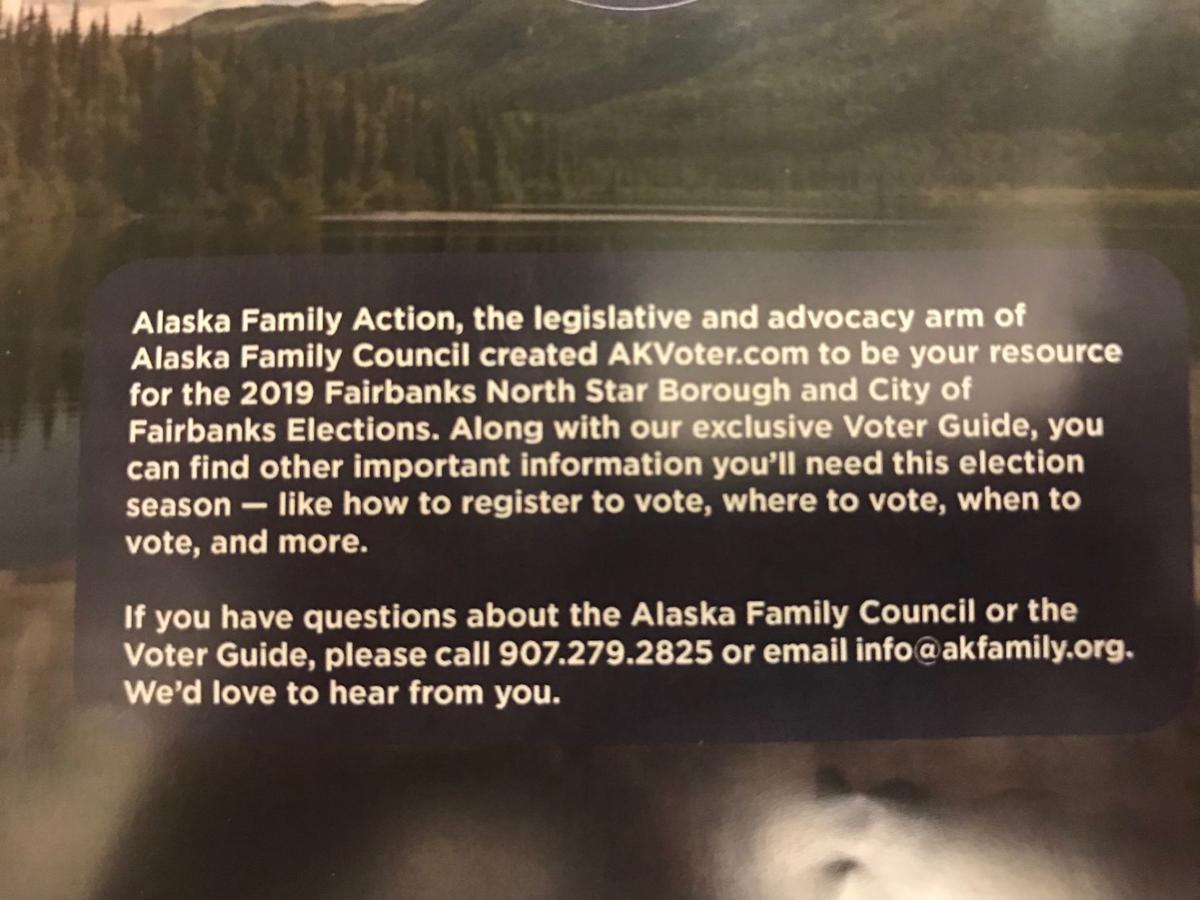 Susan McInnis, co-chair of the Steese East precinct for the past seven years, told the Daily News-Miner she found booklets in booths at her precinct Tuesday instructing voters how to vote.

"This afternoon, for the first time ever, I found a slick 8-page ‘voter guide’ in two adjacent booths," McInnis wrote in an email to the Daily News-Miner. "We check the booths frequently to make sure the black ink voting pens haven’t wandered off. The pens wander frequently. Never, ever, have I seen partisan voter ‘info’ in a booth. Until today."

McInnis added that an hour later, Rachel Hanft, chair of the Steese West precinct, reported finding the booklets in booths are her location as well.

The guide also identified which candidates were endorsed by Planned Parenthood.

Fairbanks North Star Borough campaign and election law states that no visible election material is to be displayed within 200 feet of any entrance of a voting precinct, according to Borough Clerk April Trickey.

Trickey said Wednesday morning she had been made aware of the booklets at the two Steese precincts but had not yet heard any reports from other precincts.

It's unclear whether the booklets were placed there by accident or intentionally, Trickey said.

"Sometimes people will bring in a copy of a sample ballot or a list of candidate names to remind them how to vote," she said.

Trickey noted that a list or sample ballot must be out of sight going into the booth and coming out of the booth and not be visible by any other voter. Voters are prohibited from wearing candidate or ballot issue buttons, shirts or other signage.

"What we do is we instruct all of our election workers that campaigning is prohibited within 200 feet of any entrance, but we also caution throughout the day to go through your booths and make sure nothing is left," Trickey said.

Trickey noted there are posted signs at each precinct instructing election workers and voters of these rules.

Regardless of intention, Trickey said, there's not much to be done now.

"It's hard to know who actually left these in the booth. There's no way for us to go back and say who. Were they done intentionally? I don't know," she said.

Alaska Family Action Inc. is run by Anchorage family values advocate Jim Minnery, who has been vocal in Anchorage and Fairbanks advocating for religious freedom and against LGBTQ rights.

In an interview with KUAC, Matherly cited support from Alaska Family Action Inc. as one of the central reasons for his recent unofficial victory in his race for re-election.

Alaska Family Action Inc. did not respond to a request for comment on the matter.