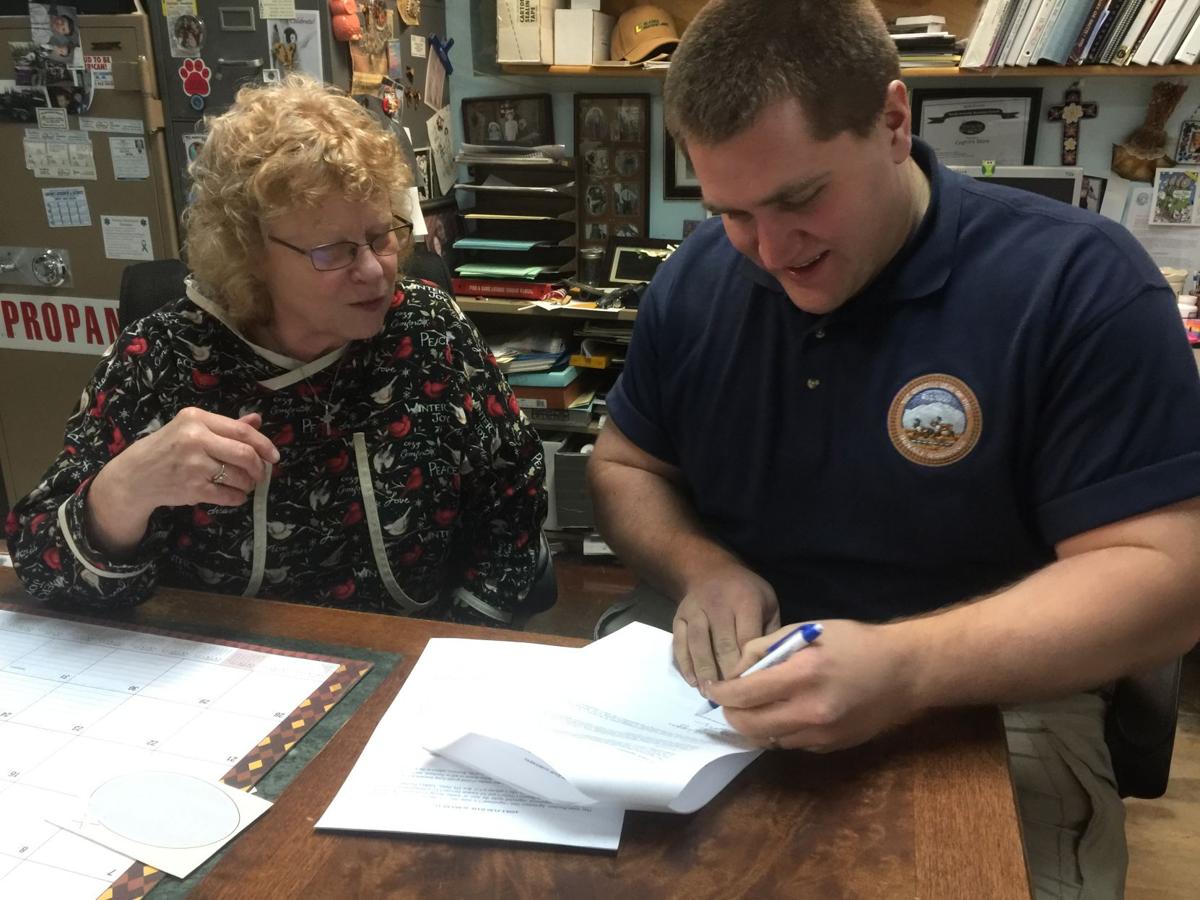 Marilyn Coghill Duggar and Tallon Shreeve sign the final papers on Nov. 13, 2019 to transfer ownership of Coghill's General Store, making it official. Shreeve is now the new owner of the store. He plans to keep the same name. 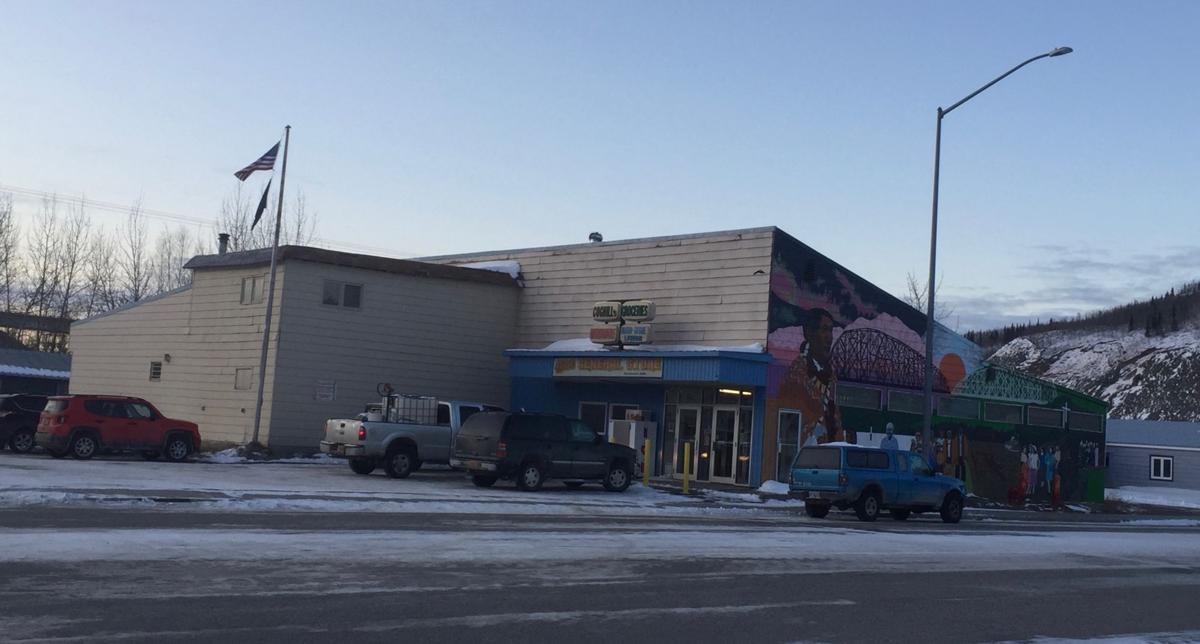 Coghill's General Store has been sold after 103 years of operation by the Coghill family. The sale documents were signed Nov. 13, 2019. 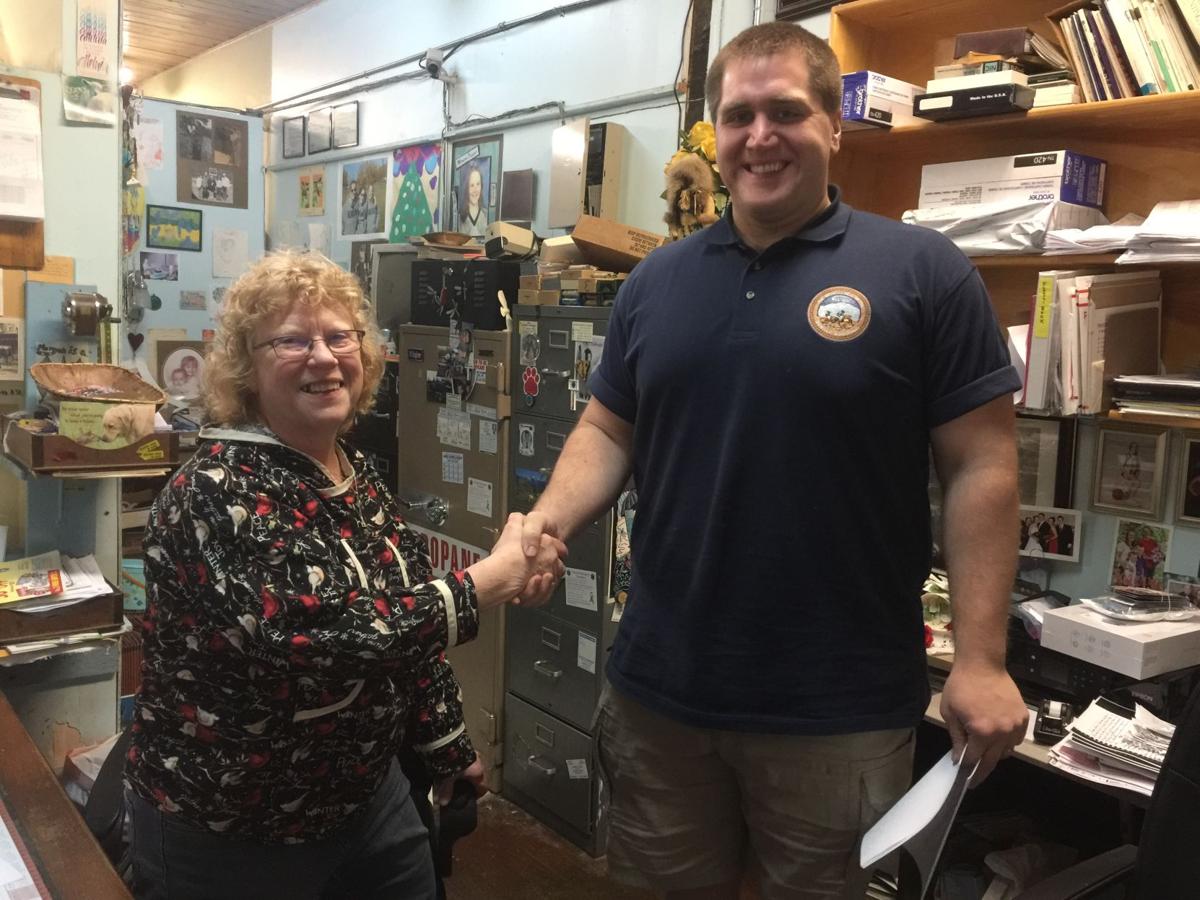 In her office filled with memorabilia, Marilyn Coghill Duggar turns the Coghill General Store over to new owner Tallon Shreeve on Nov. 13, 2019.

Marilyn Coghill Duggar and Tallon Shreeve sign the final papers on Nov. 13, 2019 to transfer ownership of Coghill's General Store, making it official. Shreeve is now the new owner of the store. He plans to keep the same name.

Coghill's General Store has been sold after 103 years of operation by the Coghill family. The sale documents were signed Nov. 13, 2019.

In her office filled with memorabilia, Marilyn Coghill Duggar turns the Coghill General Store over to new owner Tallon Shreeve on Nov. 13, 2019.

After 103 years, Coghill’s General Store is changing hands. The new owner is Tallon Shreeve, director of the Nenana Cultural Center and chairman of the Nenana Tourism Association.

“This is a huge thing,” said Marilyn Coghill Duggar, who grew up working there and started managing the store in 1992 when her father died and has worked there six days a week since then.

Coghill’s General Store has been a part of the Coghill family since it was launched in 1916. It's a general merchandise store that carries a variety of groceries, hardware, outdoor supplies and handcrafts by local artisans. A few shelves are filled with handmade fur trapper hats, beaded jewelry and suncatchers.

The store sits at the end of the main street, near the Historic Alaska Railroad Depot, just a block from the Tanana River. It is open year-round, Monday through Saturday, 9 a.m. to 6 p.m. and is the go-to store for just about everything. A few years ago, it won a Spirit of Youth award for being a family friendly business.

The thought of turning the store over to someone else was not an easy decision.

“It was a really good place to raise our kids,” she added. “On sick days, they were laying on the floor in the office, helping me.”

The thought of retirement became more appealing after the store hit it’s 100-year anniversary three years ago, she said.

“We talked about it (retirement) when Uncle Jack was still alive,” Duggar said. “That’s one thing I know. I have his support from the grave. It was a plan we all had.”

Uncle Jack is Jack Coghill, who was a lifelong Alaska businessman and politician. He was one of the signers of the Alaska Constitution and served as Alaska’s lieutenant governor from 1990 to 1994 as a member of the Alaskan Independence Party. He died in February 2019. Until the sale took place, his estate remained partial owner of Coghill’s General Store.

All that history weighed heavy on Duggar’s conscience and she couldn’t bring herself to put the store up for sale. Instead, she put out a few half-hearted feelers in recent years, a bit terrified at the idea of the store leaving the family. Then, one day, Tallon Shreeve asked if she would ever consider selling. And the timing was right.

“No one had ever really asked,” she said. “I’ve been wanting to retire. I’m hoping that people are supportive of him.”

She did discuss her wish to find a buyer with a girlfriend, who told her, “You need a good manager. That guy at the Nenana Center is a good manager.” The friend had no idea Duggar was talking to that same person about buying the store.

“That gave me a lot of confidence,” she said.

The sale finalized this week. Shreeve will start working at the store in the next couple of weeks and then take over in January. He had his eye on purchasing the store since beginning work in Nenana two years ago. Economic opportunities in Nenana are growing, he said.

“It stood the test of time,” he said. “I just saw an opportunity to get into a business I’ve been wanting to get into.”

It will be a perfect fit for his other endeavors in Nenana, which include the Nenana Cultural Center and the Nenana Tourism Association.

Shreeve lives in Healy with his wife and three children and commutes to Nenana for work. He is a member of the Denali Borough Assembly and was the driving force behind Healy’s Tri-Valley School developing a football team. That dream finally came true this season when players at Tri-Valley School merged with players at Monroe High School in Fairbanks to form one team.

His past employment has included working as assistant general manager for The Homestead, employee housing for Holland America Princess in Healy and also working at Three Bears Grocery in Healy. He is co-chairman of Neighbor-to-Neighbor in the Denali Borough, a nonprofit that helps families in need. He is also co-chairman of the Spruce Network, a nonprofit created in 2018 that focuses on community development, collaboration with existing groups and acting as a resource for future community projects.

Shreeve doesn’t plan to make any big changes at Coghill’s General Store, except that now he will be able to continue the store’s tradition of buying locally made handcrafted items for sale at both the store and the cultural center.

“Hopefully, people have seen me and how I work over at the cultural center for the past two years,” he said.

The name won’t change either. It will remain Coghill’s General Store.

Duggar has no plans to leave her lifelong home of Nenana. Her only current goal is to devote more time to her other profession. She is an Episcopal priest.

Her motto at the store has always been “Every day here is a good day.” Shreeve intends to carry on that mission.