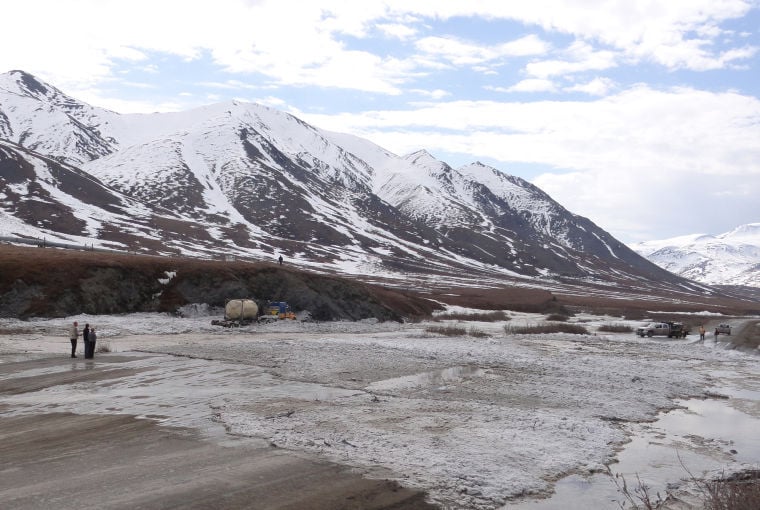 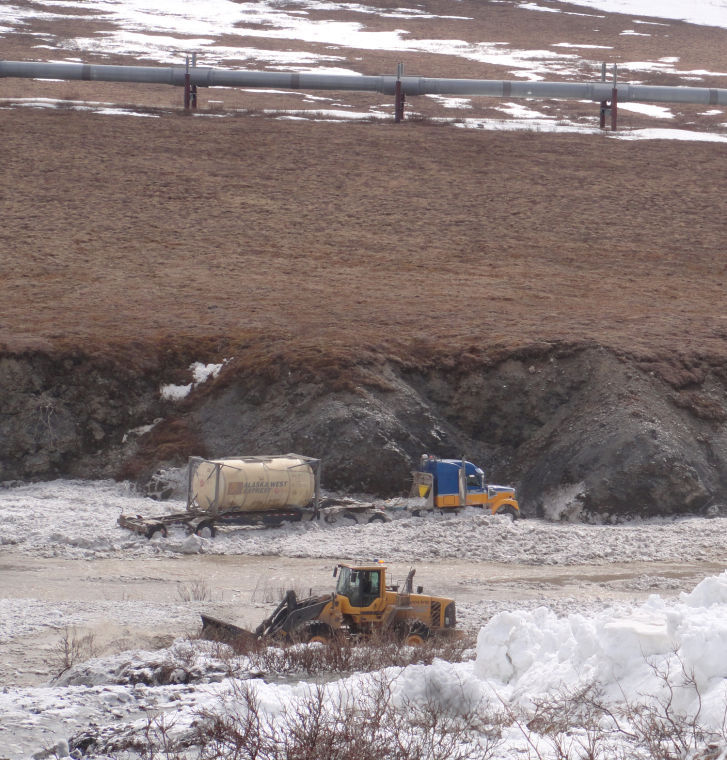 FAIRBANKS — The Dalton Highway is adding to its reputation as one of the most dangerous roads in North America.

At least two tractor-trailers were hit by different avalanches in Atigun Pass on the Dalton Highway in the past week.  While no one was injured in either case and both trucks remained upright, the incidents highlight what has been a freak year for avalanches on the road leading to the North Slope.

The avalanches were among more than a half dozen in a five-mile stretch on the south side of 4,739-foot Atigun Pass, the highest point on the Alaska road system, said Meadow Bailey, information officer for the Department of Transportation in Fairbanks, said.

All the avalanches have occurred between mileposts 240 and 245 of the 414-mile Haul Road, as it is commonly known to Alaskans and fans of TV show “Ice Road Truckers.” The top of the pass is at 244 Mile.

“There’s always avalanches up there, but this is pretty unusual this spring,” Lane Keator, manager at Carlile Transportation Systems, said on Friday. “It was cold up there up until last week and this week it warmed up quite a bit and it’s causing some pretty nasty conditions.”

A Carlile truck was turned sideways by an avalanche last week as it drove south down the pass, Keator said.

“It turned the truck sideways in the road and the trailer ended up on top of the guardrail in the snow,” he said. “The main part of the avalanche hit right behind the truck on the trailer. (The driver) was pretty fortunate.”

The driver had no idea the avalanche was coming until it hit, Keator said.

On Wednesday, a tractor-trailer from Alaska West Express was swept off the road and across the West Fork of the Chandalar River before it came to a stop on the other side of the river. The driver was able to walk about a mile to a DOT maintenance station and get the truck pulled out.

Alaska West officials did not respond to messages left by the News-Miner on Thursday or Friday to talk about the incident.

Ed Davis, of Fairbanks, who works for Alyeska Pipeline Co. at Pump Station 4, was the first person on the scene after the truck was swept off the road.

“I got there and there was a bunch of icy debris in the road,” he said.

“It was two or three feet deep in the deepest parts.” The debris wasn’t snow as much as it was slush and ice, Davis said. He described the avalanche as “a cross between a tsunami and an avalanche.”

He speculated that a large amount of snow and ice that was dammed up about 100 yards up a creek bed on the east side of the road broke loose and washed over the road.

“The amazing thing is the truck stayed upright and it had to go down a riverbank that was four, five or six feet tall,” West said.

Another avalanche closed the road on Thursday night, Keator said.

Bailey, the DOT spokeswoman, said six to eight avalanches have closed the road at different times during the past week before they were cleared by state DOT workers.

She said avalanches occur in that same vicinity each year but usually in the winter, not spring.

“This is highly unusual,” Bailey said in regard to the number and type of avalanches seen this spring.

She described them as “slush avalanches” and said they are occurring in areas that aren’t usually prone to avalanches.

Truckers who drive the Haul Road for a living are accustomed to dealing with dangerous conditions but the fact that two trucks have been hit by avalanches in the past week likely has got their attention, Keator said.

“I don’t think they usually worry about it but they probably are now,” he said.