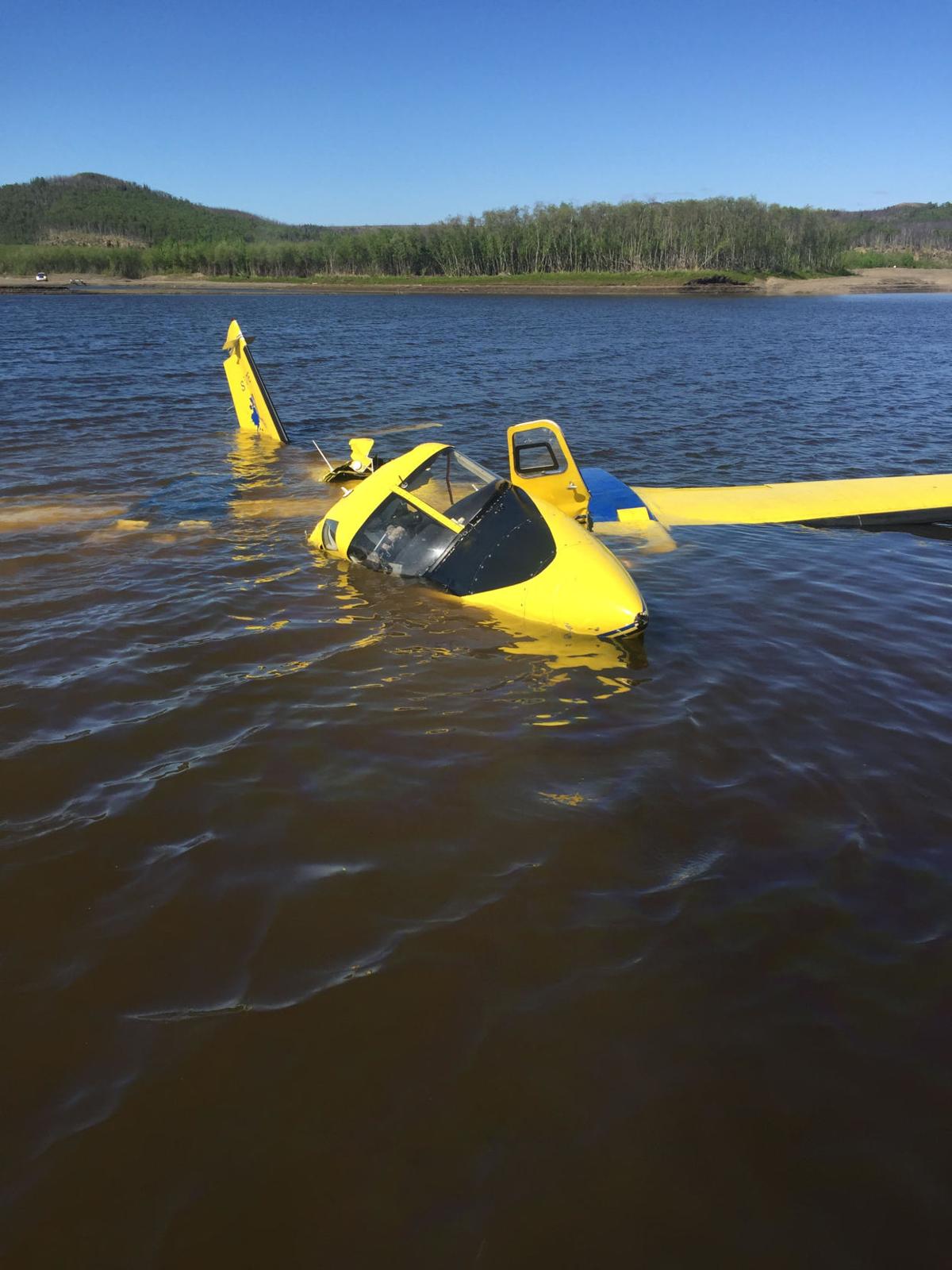 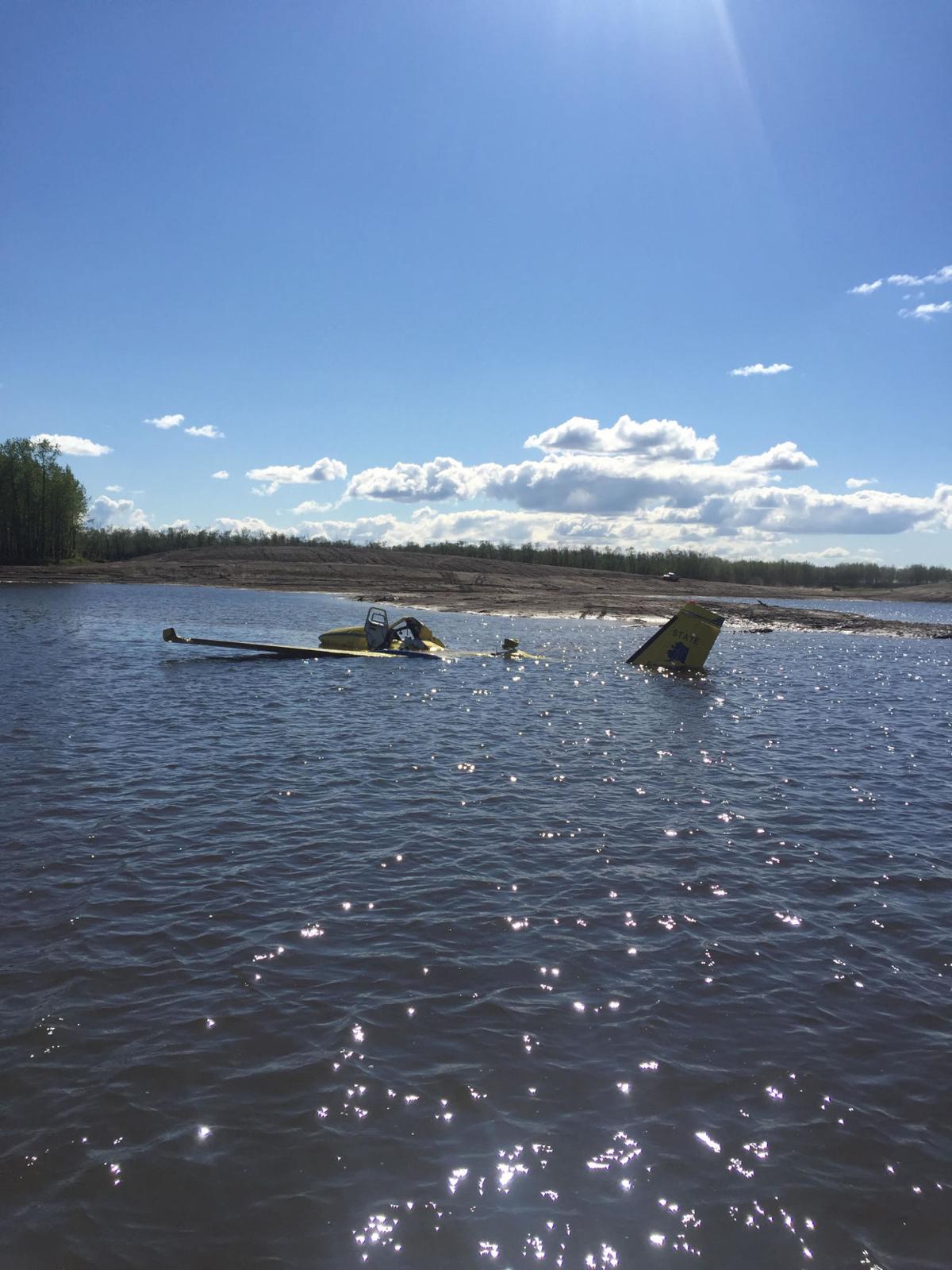 A pilot and three passengers, all state Division of Forestry employees, were injured in a plane crash near Aniak on Thursday afternoon, and were rescued with the help of several Aniak teenagers.

The plane, which was owned by the division, was supposed to be taking emergency firefighters from two western Alaska villages to Soldotna on the Kenai Peninsula. According to a news release from the Department of Natural Resources, the Aero Commander 500 Shrike crashed into a pond in a gravel pit about 1 mile downstream from the airport shortly after takeoff at around 4 p.m.

All four state employees were flown to Anchorage with “serious, but non-life threatening injuries.” The news release states that three of the individuals were taken to Alaska Native Medical Center and the fourth was transferred to Providence Alaska Medical Center. As of Friday, one of the individuals has been treated and released while the other three are in “stable condition,” according to the news release.

The pilot has been identified as Mark Jordan, 53, of Eagle River. The three emergency firefighters on board were identified as Albert Simon, of Hooper Bay; Craig Friday, of Hooper Bay; and Kelly Kehlenbach, of Aniak. The plane was en route from Aniak to McGrath, in the Interior, where the firefighters were to be outfitted to support initial attack responses at the Kenai/Kodiak Area forestry station in Soldotna.

Alaska State Troopers and local emergency services responded to the crash. Prior to their arrival, several local residents went into the water to help retrieve the injured individuals.

A news release states that 13-year-old Dylan Nicholson and four of his friends – Trevor Morgan, 17; Mason Dallmann, 17; A.J. Simeon, 19; and Skye Morgan, 18, all of Aniak – were the first ones at the crash scene. The group had driven by the gravel pit earlier and were heading back to town when they looked back and noticed the plane in the water. They hadn’t seen or heard the crash and were confused, Nicholson said, because the plane hadn’t been there when they first passed the pond.

“Then we saw two guys come out of the plane,” Nicholson said, according to the state's news release.

Nicholson phoned his aunt, Lenora Nicholson, who works as a dispatcher for Alaska State Troopers in Aniak, to report the crash. The two people who climbed out of the plane were Friday and Kehlenbach. The group of kids helped the pair out of the water and into one of the boy’s trucks, before taking them to the local clinic.

Dallmann waded out to the plane and remained with the pair still inside until more help arrived. According to the release, he was in the frigid water for roughly 30 minutes.

Ricky Ciletti, who works for the Alaska Department of Transportation and Public Facilities in Aniak, arrived on scene after Friday and Kehlenbach had been loaded into Morgan’s truck and were being transported to the clinic. By that point, workers from the Yukon-Kuskokwim Health Corp.’s Aniak clinic had arrived and were working to extract Simon and Jordan.

Troopers had also arrived on scene by then and they used a boat to transport both Jordan and Simon to shore. Jordan was loaded into an ambulance while Ciletti transported Simon to the clinic in the back of his state truck.

Ciletti praised the response of the children who helped with the rescue, both in transporting Friday and Kehlenbach to the clinic and for remaining with the other two victims until help arrived.

“They jumped right into action and did some pretty heroic stuff to help those guys out,” Ciletti said. “They were in 4 or 5 feet of water … to have their heads together like that is pretty impressive.”

He noted that the situation could have been much worse.

“They could have been in deeper water; it dropped off quite a bit back by the tail of the plane,” he said. “Somebody was watching over those boys.”

Likewise, Nicholson’s mother, Mary Turner, was proud of the way her son and his friends responded.

“It makes me really proud that Dylan was able to focus and help people that needed help,” said Turner, who as a teenager was a member of the Aniak Volunteer Fire Department’s Dragon Slayers, a group of teenagers who assisted the fire department on medical and fire calls.

The National Transportation Safety Board and Federal Aviation Administration will conduct an investigation into the incident.