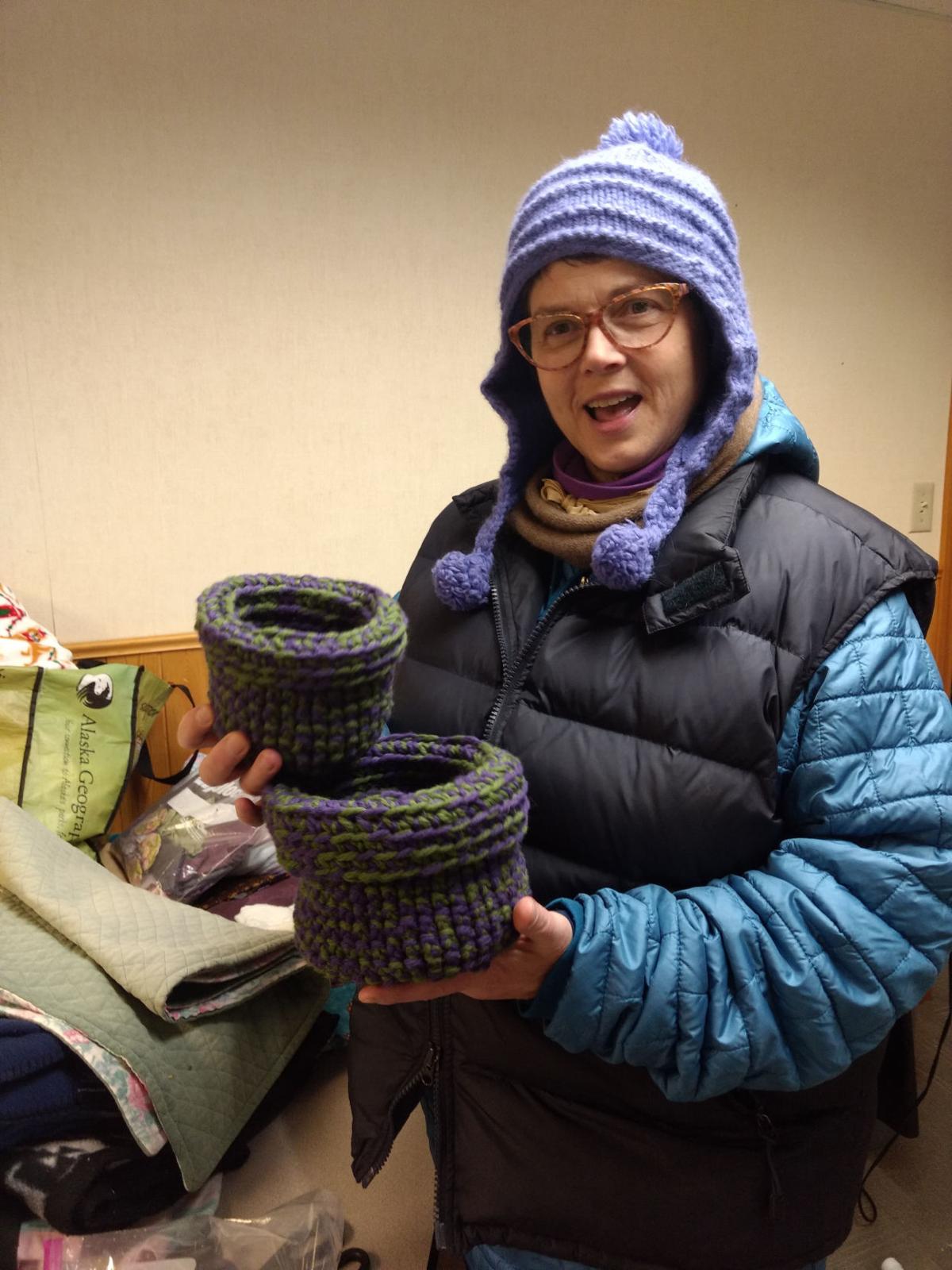 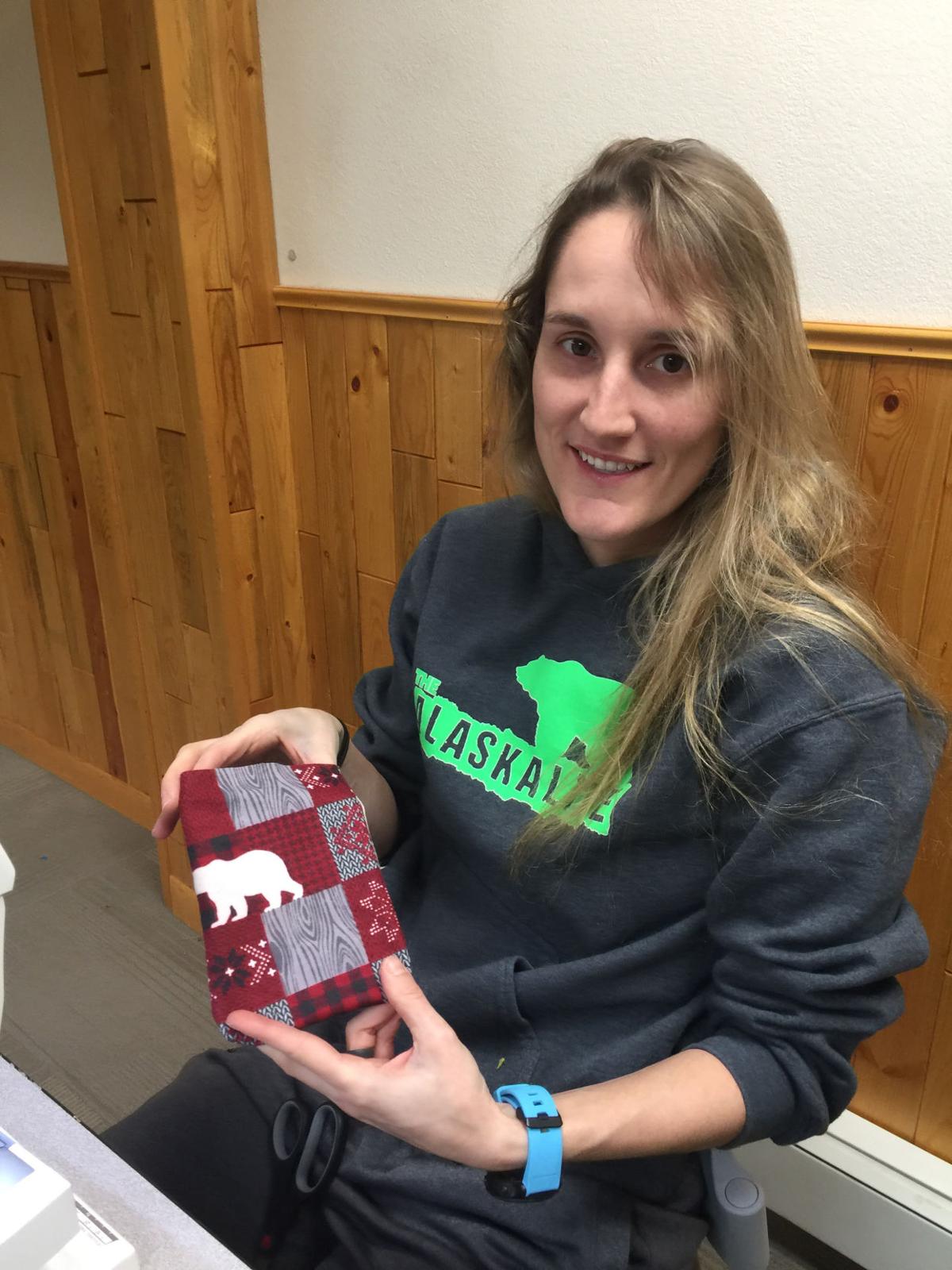 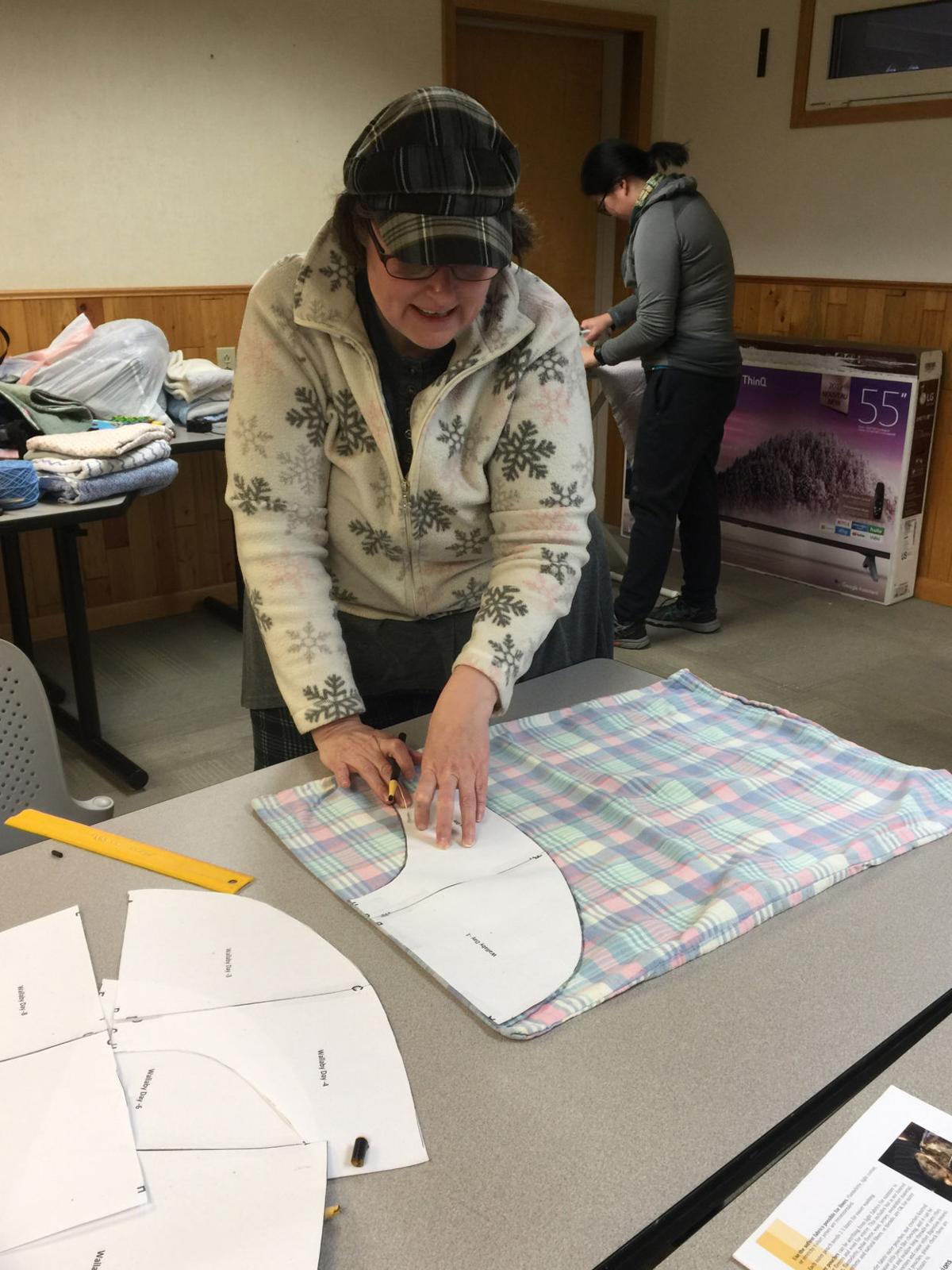 Cinnamon Dockham cuts out a pattern for a wallaby pouch. 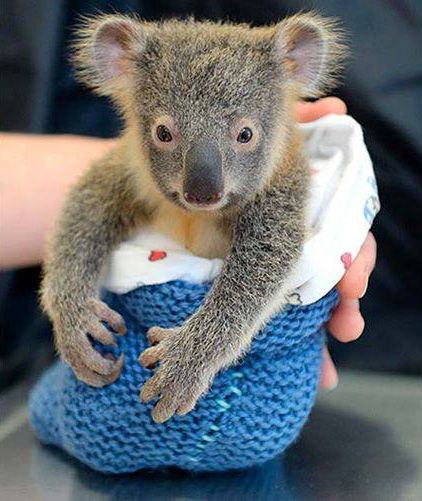 Volunteers sewed flannel inserts that will be used, like this, to comfort traumatized wildlife in Australia.

Cinnamon Dockham cuts out a pattern for a wallaby pouch.

Volunteers sewed flannel inserts that will be used, like this, to comfort traumatized wildlife in Australia.

A handful of volunteers at Denali National Park gathered over the weekend with donated fabric, scissors, special patterns and sewing machines to help animals in a country on the other side of the world. Knitters, crocheters, sewers were all welcome, as well as people who could help cut and iron fabric.

Their mission: to help animals injured or traumatized by the brutal bush fires in Australia. Millions of acres have burned, killing an estimated 1 billion animals. According to news reports, many other creatures are now orphaned and/or homeless.

“The pictures of all the suffering wildlife is absolutely killing me,” Denali resident Cinnamon Dockham said, just before launching the local volunteer effort.

She was among hundreds of thousands of others around the world who answered the distress call for hand-stitched items to help these animals, from the Animal Rescue Craft Guild. That group grew to more than 120,000 members in short order. Donors have been sending hand-stitched items from Europe, Asia, Puerto Rico and the United States.

Young marsupials, like possums, koalas and wombats need pouches to grow. Without their mothers, they are now relying on hand-stitched pouches sent from around the world, including Alaska. Flying foxes need pouches to speed recovery and rescuers say koalas need mittens for their burnt paws. Even bats are in need of special wraps.

“All the marsupials in Australia who are used to growing up inside a pouch now don’t have a pouch to grow up inside anymore,” said a volunteer in an international news story about the rescue effort.

The rescue craft group posted specific patterns for volunteers to follow, so that what they create can actually benefit the animals in need.

The worldwide response was so huge this week, that the American Crafter’s Rescue Group is asking volunteers to now hold off on sending additional supplies. So the Denali group will finish the pouches and bags already in process this week and suspend making new bags until more are needed.

The focus this week, Dockham said, is on donations for food and medications at the animal rescue facilities.

The Denali group continues to meet this week, at the park’s permanent recreation hall. Volunteers are invited to come anytime and finish up a few of the pending projects. The Denali comfort pouches will be mailed to Australia next week.