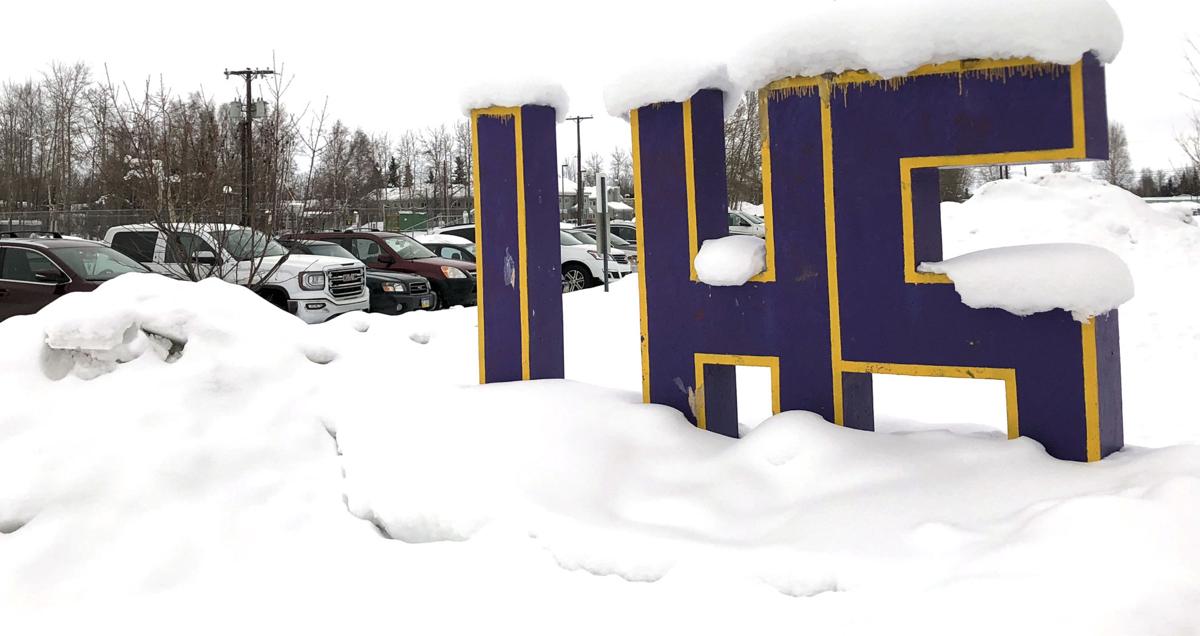 All classes at public schools in the Fairbanks North Star Borough have been suspended because of the COVID-19 outbreak until March 30, including Lathrop High School. Amanda Bohman/News-Miner 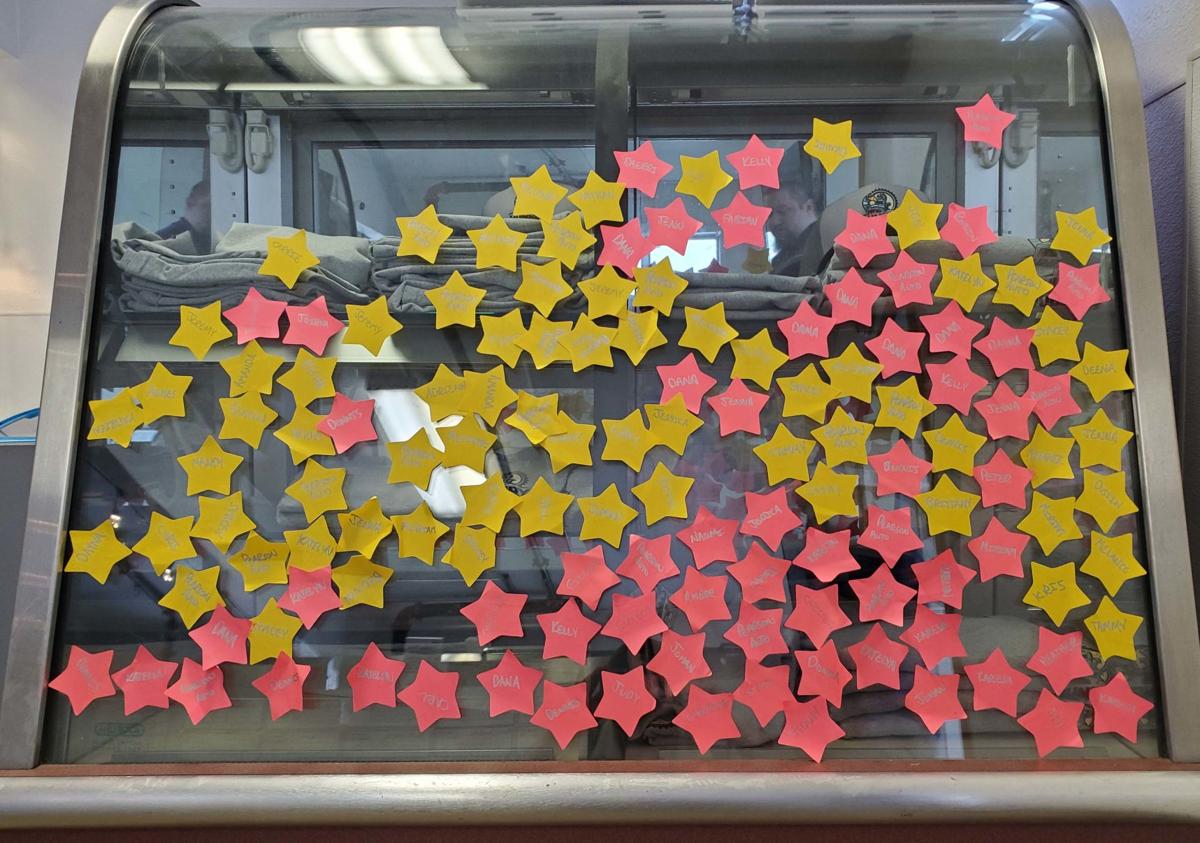 The stars on a display case at The Hungry Robot each represent a prepaid pizza available for Fairbanks school children who might be missing a meal because of school closures due to COVID-19. Gary Black/News-Miner 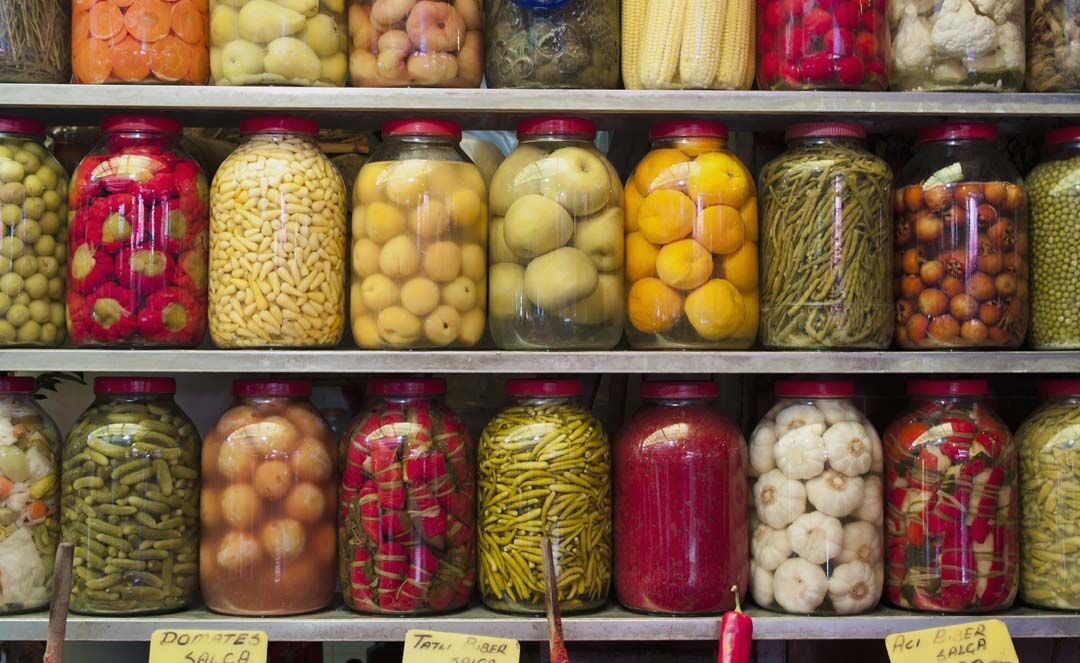 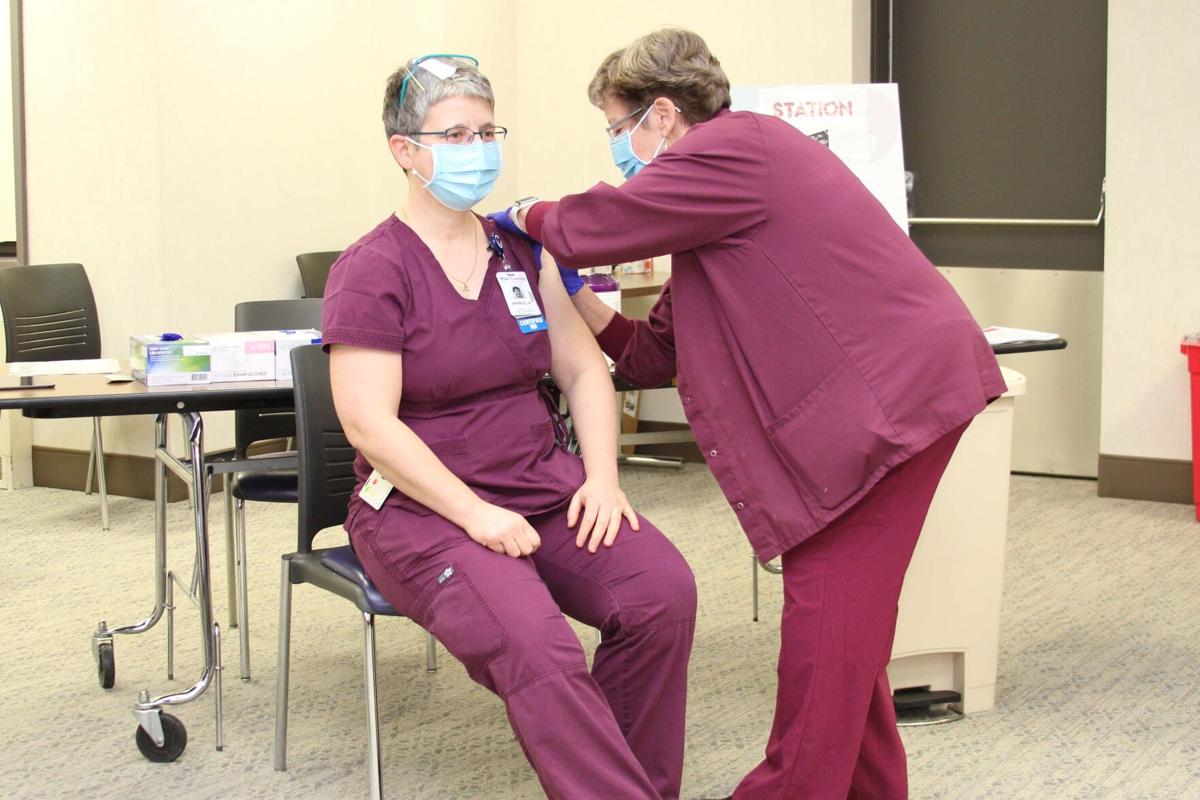 All classes at public schools in the Fairbanks North Star Borough have been suspended because of the COVID-19 outbreak until March 30, including Lathrop High School. Amanda Bohman/News-Miner

The stars on a display case at The Hungry Robot each represent a prepaid pizza available for Fairbanks school children who might be missing a meal because of school closures due to COVID-19. Gary Black/News-Miner

One of the most widespread effects of the pandemic this year has been for K-12 education. When many students and teachers said farewell before spring break in March, they had no idea they wouldn't see each other again until at least August. Dunleavy declared a state of emergency in mid-March, closing K-12 schools across the state as a precaution and forcing many students and teachers into full remote classes for the first time.

From the beginning, the decision has been controversial. For one, it caught many parents on a back foot, with no access to affordable child care and no way to work without someone to watch their children.

At the same time, virtual learning — especially for very young students, like those in kindergarten through fifth grade — was not very common before this spring. Many parents, including those in Alaska, are not happy with results as they juggle work, monitoring their children's schooling, and other responsibilities.

School districts in Anchorage, Fairbanks, the Mat-Su Valley, and the Kenai Peninsula all made plans to go back to school in person this fall, depending on the rates of virus transmission in various communities, including sports.

Almost immediately, schools began having to quarantine, with some connected to youth sports and others due to community spread. Anchorage pushed back its timeline for bringing all students back in person several times, keeping all students online, while the Kenai Peninsula divided its schools into regions and closed or opened them based on regional community spread.

Mat-Su closed and opened some individual schools as cases warranted, but the result was similar: parents were unhappy and felt students weren't keeping up with the education they would get in person.

With the holidays possibly leading to case increases as people gather, school districts are cautious about bringing students back in person, even as parents push harder for it as students approach a full year without regular in-person schooling in many regions of the state.

The travel restrictions imposed by the state and local governments in spring quickly led to the — ultimately temporary — demise of Ravn Alaska, the largest passenger airline in the state.

State officials sharply restricted in-state travel in late March and by April 5 Ravn leaders had suspended operations and filed for Chapter 11 bankruptcy protection. Ravn executives said the airline lost 90 percent of its revenue nearly immediately after travel was disrupted by the pandemic.

The decision to ground Ravn's 72-plane fleet also meant its approximately 1,300 employees were immediately out of work as well.

The year was better at Alaska's namesake airline at least for the fact that they kept flying, but Alaska Airlines was forced to cut its workforce significantly to match the drop in air travel.

Despite the fact that the pandemic did not tangibly take hold in much of the U.S. until mid-March, Alaska reported a $232 million loss in the first quarter and a cash burn rate of up to $400 million per month in the second quarter as the ostensive suspension of air travel continued.

Alaska attempted to backfill some of the void left by the sudden grounding of Ravn by starting its seasonal service to Southwest Alaska in mid-May, roughly a month ahead of normal.

While it added some service in Alaska, as of September the airline had cut its workforce through voluntary leave and retirement packages and direct layoffs by more than 6,100 employees, or nearly 30 percent.

A new Ravn ownership group has since restarted scaled-back service to the Aleutians and several Southcentral communities. As of mid-November the airline had hired back more than 300 employees, according to a statement from Ravn.

Ravn Alaska was sold for $9.5 million in August following a bankruptcy auction to a new management team led by former commercial pilots and backed by California investor and entrepreneur Josh Jones.

CARES Act funds distributed, but not without difficulty

The State of Alaska received about $1.5 billion in federal aid to mitigate the impact of the pandemic after Congress quickly passed the $2.2 trillion CARES Act in late March, but getting the money allocated and dispersed via multiple levels of government proved to be a slower process.

State lawmakers who'd adjourned from the spring session because of the pandemic had the Legislative Budget and Audit Committee largely approve Dunleavy's plan for the CARES Act money in their stead during a mid-May meeting.

The Budget and Audit approval sparked a lawsuit from former University of Alaska regent and public interest advocate Eric Forrer, in which he and attorney Joe Geldhof argued the full Legislature needed to convene and appropriate the money.

Legislators ultimately gathered in Juneau and approved the administration's plan May 19, just six days after the suit was filed in state court.

Rollout of AK CARES, the state's primary small business aid program, was slower than anticipated as hang-ups in the application and review process delayed disbursements.

State Commerce Department officials initially selected Anchorage-based Credit Union 1 in May to administer $290 million in grants of up to $100,000 each for small businesses in the state.

However, the small community lender was soon overwhelmed with grant applications and when the state revised the program to simplify requirements for the grants in early August, CU1 had approved 511 applications totaling about $20 million from more than 2,500 applications with requests totaling $114 million.

The then-young pandemic gave lawmakers sufficient reason to pass a largely status quo budget and suspend the session March 29 without addressing any of the state's structural budget imbalances.

Many legislators started the session with relative optimism that some long-sought compromises could be reached on major budget issues, taxes and the Permanent Fund dividend with the prospect of running out of savings being a tangible threat and no longer an existential worry.

That changed quickly in March when it became clear large gatherings were a hindrance to good public health.

Dunleavy vetoed $210 million from the budget in April but lawmakers did not attempt to override his vetoes when they briefly met in May.

The early exit from Juneau meant the big issues remained unresolved and nearly $1 billion more is needed from the Constitutional Budget Reserve to fill the 2021 fiscal year deficit. The CBR is expected to hold $586 million at the start of fiscal year 2022, when the state is projected to have a deficit of more than $2 billion, according to the Legislative Finance Division.

When legislative leaders declined to make a second round of PFD payments despite Dunleavy's urging, the governor instead opted to start dispersing the $992 checks on July 1, the start of the state fiscal year and the first day the administration could access the money.

Williams is a Bristol Bay commercial fishermen and also the regional affairs director for the Pebble Partnership and as such his appointment has drawn intense scrutiny.

Kodiak Rep. Louise Stutes, a vocal opponent of the Williams pick, has said that if the appointments are not confirmed by the time the next Legislature meets in mid-January — a near certainty at this point — the process starts over.

Light at the end of the tunnel

One of the bumpiest trips around the sun in recent history seemed to be smoothing Dec. 15 as the first doses of COVID-19 vaccines were distributed to healthcare workers in the state.

The preventative treatments came many months ahead of even the most optimistic projections made at the start of the pandemic and arrived as the state was in the middle of its most severe rise in cases of the virus.

News of the impending vaccinations boosted energy and financial markets in the weeks prior. Alaska oil hit $50 per barrel Dec. 10 for the first time since February and the Permanent Fund had recovered from first-half turmoil to exceed $72 billion in value for the first time by early December.

In mid-November ConocoPhillips Alaska leaders announced the company would resume North Slope drilling operations by the end of the year after laying down all of its rigs in April in response to health concerns for workers at remote camps and collapsed oil prices.