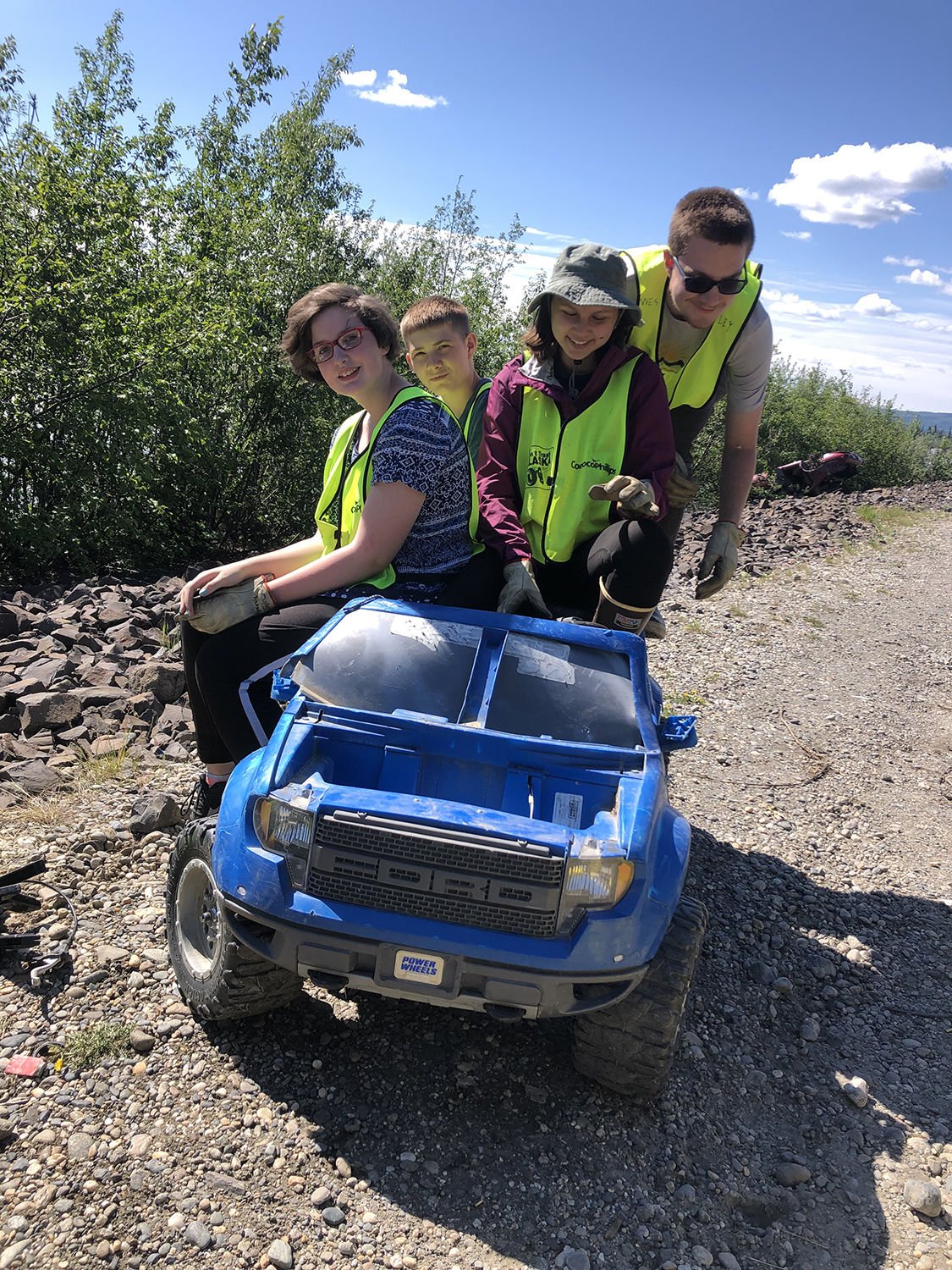 How many teens can fit on an electric Ford 150 Raptor? Apparently four. This was one of the unusual items found this summer by the Youth Litter Patrol. Photo courtesy David Drumhiller 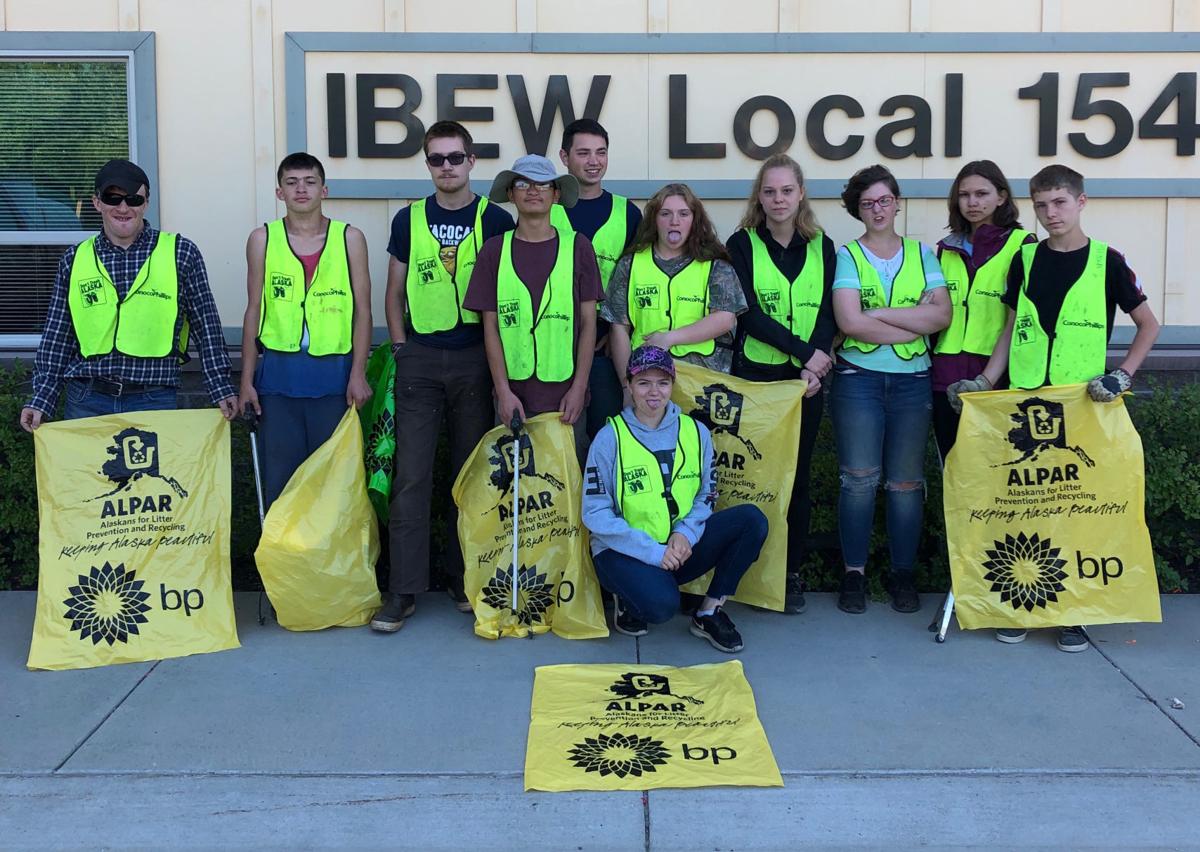 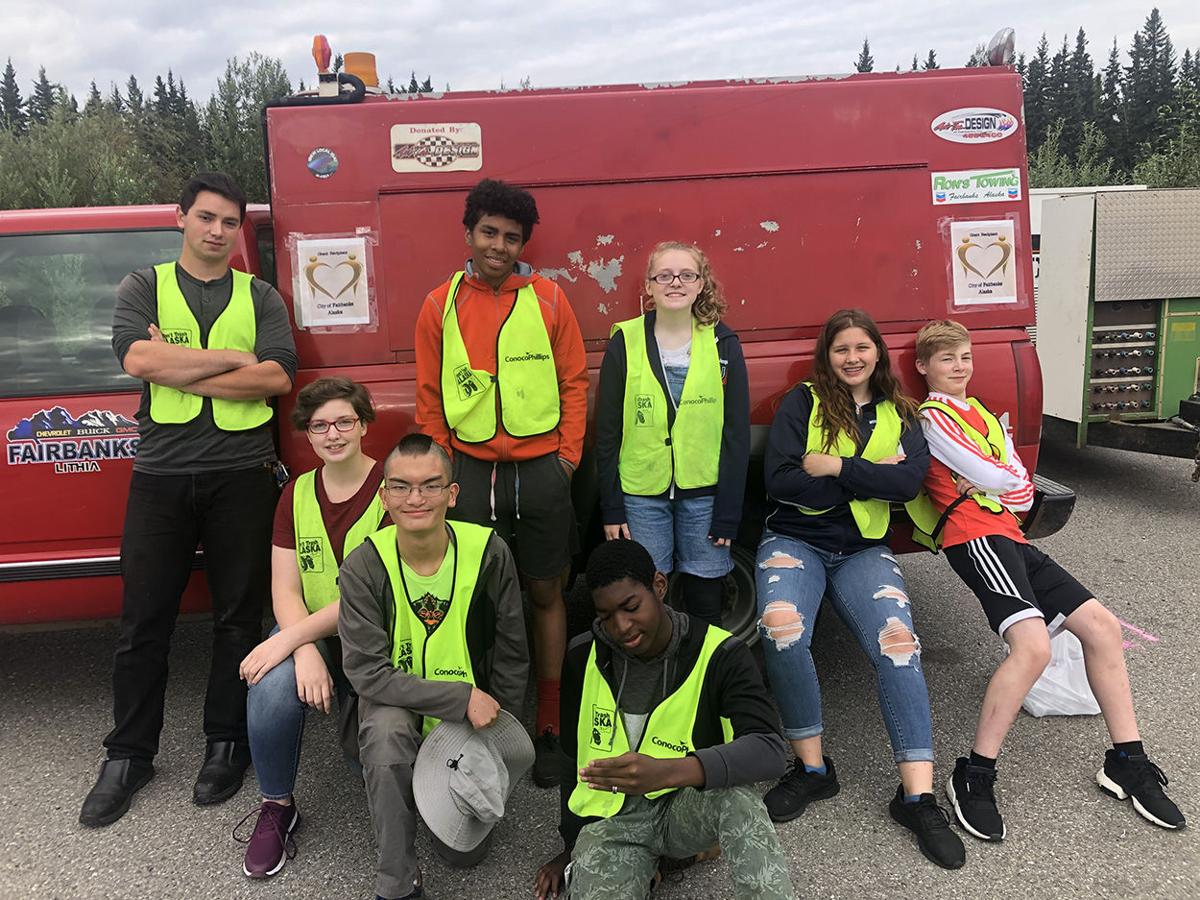 Here are some of the members of Crew B, 2019 Youth Litter Patrol. Photo courtesy David Drumhiller

How many teens can fit on an electric Ford 150 Raptor? Apparently four. This was one of the unusual items found this summer by the Youth Litter Patrol. Photo courtesy David Drumhiller

Here are some of the members of Crew B, 2019 Youth Litter Patrol. Photo courtesy David Drumhiller

Teens with the Youth Litter Patrol picked up 41,000 pounds of litter in the Fairbanks community and delivered it to the landfill this summer. Patrol members also recycled 2,000 pounds of electronics, 300 to 400 pounds of cardboard, and 600 to 700 pounds of cans.

Unusual finds this year included a kid-size electric truck, a brand-new set of dentures, a fishing pole with a giant reel that apparently snapped off the stern of a boat, an explosive ordnance sign and a Dracula cape. Sadly, they continued the trend of the past couple years and collected more than 1,000 needles, the kind used for injecting drugs.

Every summer, about 20 teens are accepted as members of The Youth Litter Patrol. This is a paying job, funded through Alaskans for Litter Prevention and Recycling. Community businesses contribute to the program, which keeps two 10-person teams of 14- and 15-year-olds busy during the months of June and July.

Teens apply for the position, and team leader David Drumhiller has been spearheading this for so long that he’s now seeing children of former youth patrol members on the teams. Drumhiller has been at this since 1985, and he remains enthusiastic about the project every year.

They learn to help make their community better and develop pride in their work and how it reflects on the community, he said.

“They tell me when they go back to school, they don’t tolerate their friends littering in the hallways or anywhere,” Drumhiller said. “They tell them, ‘I did this all summer, don’t you dare litter.’”

“Not just one student told me this,” he added. “Several students.”

Drumhiller tries to take before and after photos of each site, so teens can actually see the difference they make and reflect on that accomplishment later.

The messiest stretch of road, again, was the Richardson Highway. The teams did not pick up litter on the Mitchell Expressway due to ongoing construction, so this year they also ventured out the Parks Highway. That’s where they discovered the pull-outs between Fairbanks and Skinny Dick’s were badly in need of clean-up.

“I think when truckers have a flat tire, the remains just get dropped there,” Drumhiller said. “There were a lot of semitruck carcasses and broken rims from trucks.”

They also clean up some of the roads leading to transfer stations. Those stations now have set hours and, apparently, if it’s not open, some residents just drop their trash outside the gates.

This is at least the third summer that needles were very prevalent. When teens spot a needle, they notify an adult. They are not allowed to touch it. An adult places the needle in a special container for proper disposal. Drumhiller can easily list all the places where needles are regularly found, but one of the hot spots is near the Tanana Lakes area off South Cushman Street.

Reach columnist/community editor Kris Capps at kcapps@newsminer.com. Call her at the office 459-7546.