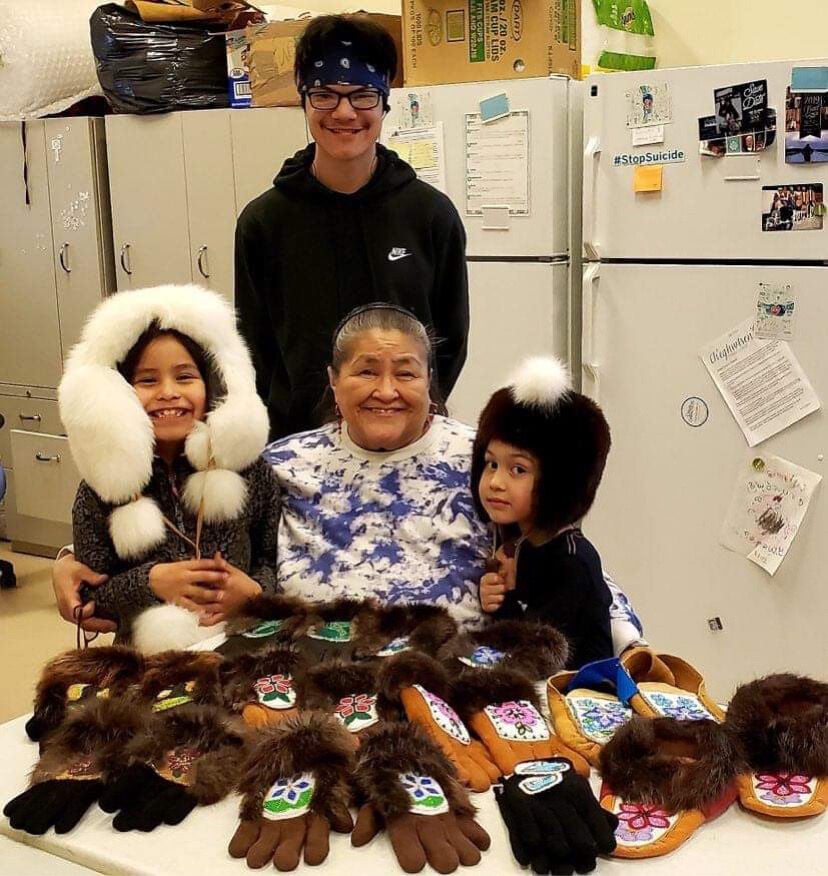 Dixie Alexander is surrounded by her grandchildren and some of her students, all modeling items she has created. 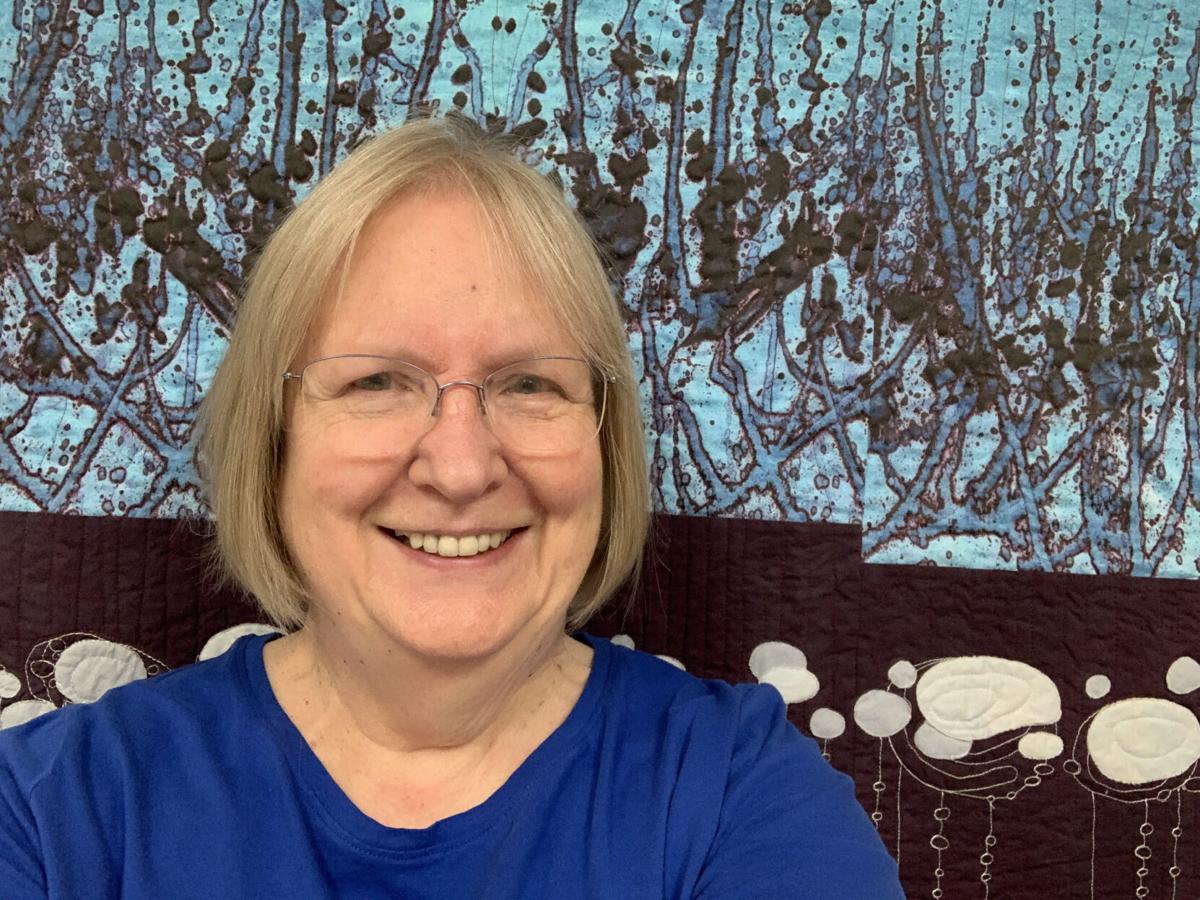 Ree Nancarrow is well known for her work with quilts and fiber, and melding science with art.

Dixie Alexander is surrounded by her grandchildren and some of her students, all modeling items she has created.

Ree Nancarrow is well known for her work with quilts and fiber, and melding science with art.

Two renowned Alaska artists were recognized recently for their outstanding achievement in the arts.

Dixie Alexander and Ree Nancarrow received the Women in the Arts Recognition Award from the Alaska chapter of the Daughters of the American Revolution.

Dixie Alexander was raised in Fort Yukon, in the traditional Athabascan lifestyle. She was one of 12 children and became a successful businesswoman, artist and teacher.

She spent more than 20 summers sharing her Athabascan culture with visitors at the Riverboat Discovery native village.

Her traditional artwork can be found in collections worldwide, including the University of Alaska Museum of the North in Fairbanks and the Smithsonian in Washington D.C. She is known for her elaborate beadwork, skin sewing and working with fur used as ruffs for parkas, gloves, hats, slippers and mittens.

She was one of 12 children in her family.

Ree Nancarrow grew up in Minnesota and South Dakota. She graduated from the University of Minnesota in 1963 with a degree in arts education and did post-graduate work in botany.

In 1964, she came to Alaska to work at the remote Camp Denali at the west end of Denali National Park. She never left. Instead, she married Bill Nancarrow and they raised two sons. She lived just outside the park for more than 50 years and now lives in Fairbanks.

During her first years at Denali, she did field sketches and produced original limited edition silkscreen prints. From there, she created fiber wall hangings, using a variety of techniques.

She started quilting in the early 1990s, combining a lifelong interest in sewing with fine art and soon became recognized internationally.

Her work is in the permanent collections of the Museum of Art and Design in New York, N.Y., the University of Alaska Museum of the North, the Anchorage Museum of History and Art, Alaska Pacific University in Anchorage and the Alaska State Museum in Juneau.

“This is one of the few DAR awards that is not a competitive award and is based solely upon the artist’s work,” said Susan Malen of Fairbanks, who is the national vice-chair for the American Heritage Women in the Arts Recognition Award. “The standard for this award is very high.”

The award covers non-performance artists in fiber arts design and creation, including, but not limited to, jewelry, metalwork, decorative painting, and pottery. The recipients contribute to their artistic fields in an outstanding manner beyond mastery of technique. That may include innovative design work, featured exhibitions, publication, research and technique development.

The ongoing need for warm gloves/mittens/handwarmers for people in need at Breadline is a big need right now.

But right now, the agency has none. Some have been ordered through a recent grant, but they have not yet arrived.

Meanwhile, frigid temperatures have moved in.

“Right now there are fewer resources and ways for people to stay warm,” Hill said. “We’re just going through everything faster than we used to.”

Before COVID-19 hit, homeless people often warmed up at the transit center, the library, and other public spaces. Those locations are now off limits, due to the pandemic.

“A lot of folks just wander all night and then come here in the morning, cold and wet,” she said.

Anyone wishing to donate gloves, mittens, socks, and hand warmers can drop them off at Breadline, 507 Gaffney Road, between 10 a.m. and 2 p.m. Monday through Friday. Or call 452-1974 and a drop-off time can be arranged.

Breadline is a nonprofit agency that feeds the hungry in Fairbanks, through programs including Stone Soup Cafe, Stone’s Throw, Kids Cafe and Stone Soup Garden.