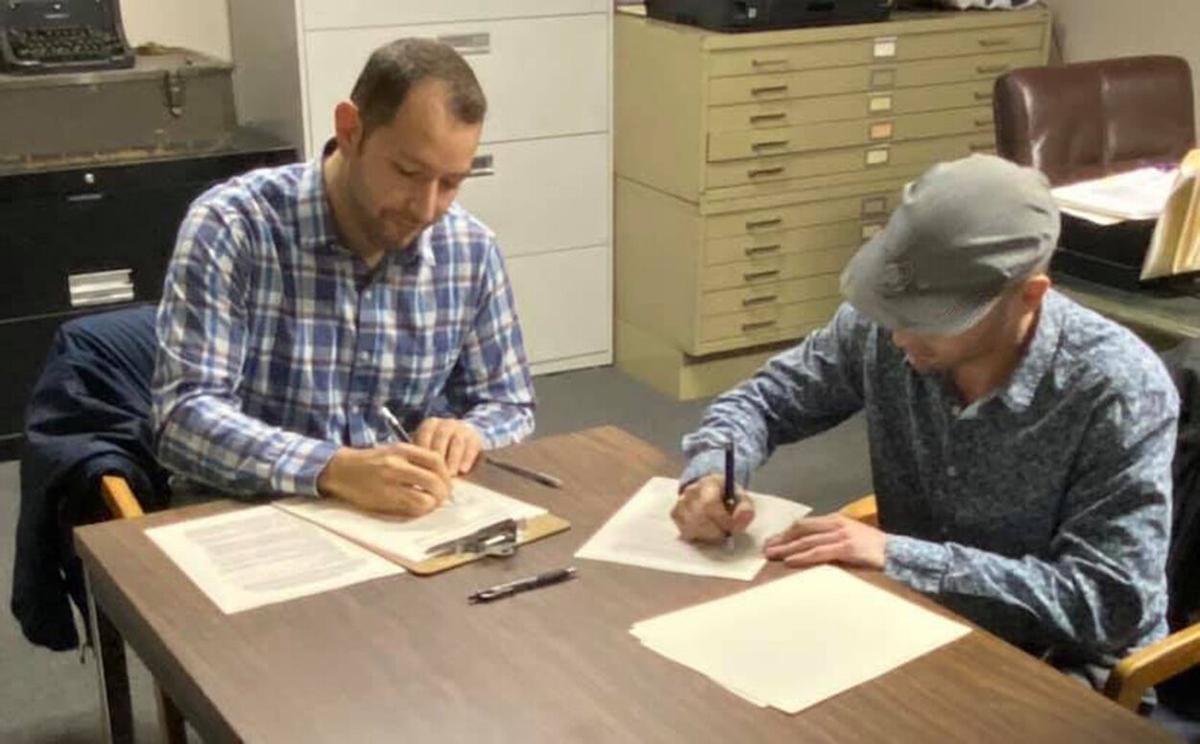 Railroad enthusiasts from Fairbanks plan to reopen the Historic Railroad Depot in Nenana in 2021.

Friends of the Tanana Valley Railroad signed a lease agreement with the city of Nenana late last year and will hold an informational meeting in February, to share their plan with the community.

“As part of our mission, it is our goal to promote, protect and preserve the history of Alaska Railroading,” said Brian Forrest, who spearheads the committee for the railroad group. “We thought what better way to do it than through one of the few remaining original railroad depots?”

“This is the perfect group to lease out our historic railroad depot to,” said Nenana Mayor Josh Verhagan. “The FTVRR group are dedicated to historic preservation and intend to perform some much needed maintenance to the building. They are train enthusiasts and there are several of them which makes managing the depot a lot more doable.”

Forrest said he and others who share his passion for railroads regularly drive past Nenana as they travel between Fairbanks and Anchorage. When they learned that the depot was unoccupied and not being used, they checked it out.

“Finally, just out of blatant curiosity, we contacted the city,” he said.

They discovered the city was in charge of the building and looking for someone to take over and “return it to its former museum status.”

The depot is an historic landmark, but has not been open extensively in recent years.

“After that phone call, we went to the board of directors with a project proposal and came to an agreement,” Forrest said. The board approved pursuing the project.

Once the lease agreement was signed last November, volunteers got busy.

“The first step is to clean the building, review its structure and see what we can do to preserve it for the time to come,” Forrest said. “There’s a growing list of small and big projects.”

That includes replacing some of the roof, along with some support beams, applying a fresh coat of paint and general cleaning.

“We’re looking into the eaves of the roof,” he said. “They need to be enclosed one way or another. The pigeons like to nest there.”

“There are a lot of small things, if mitigated now, will save us a very large amount of work in the near future,” he added.

The overall plan is to reopen the depot as a museum and to help it become a tourist destination. The group hopes to work with the Alaska Railroad and make Nenana an actual ticket stop for passengers.

“Very similar to what Anchorage has for Talkeetna,” he said. “We think if the railroad depot and railroad work together, Nenana can also grow.”

He admits he’s one of those people who regularly drove past Nenana on the Parks Highway, and never knew much about the community. That changed after he received an invitation to join the Discover Nenana Committee, a local tourism group, he said.

“It was through that, that I had a chance to learn about people and their families and the rich history they’ve played a part in, over the decades,” he added.

The group has already begun collecting artifacts to display in the soon-to-be reopened museum. Those items include miscellaneous paperwork, containment rosters, diagrams, books, literature and archival photos taken over the decades.

“Those resources are a very valuable part of us getting started,” Forrest said.

Friends of the Tanana Valley Railroad is made up of all volunteers.

“But with that, comes the enthusiasm of railroading from around the country and world,” Forrest said.

Organizers hope to reopen the depot in summer 2021. At one point, upstairs bedrooms served as hotel rooms. That is also part of the grand plan, although perhaps not immediately.

Volunteers worked on the furnace last week. The group hopes that during some winter events, like Tripod Days, the depot could be a central spot to warm up and sip hot cocoa.

“We do intend to become a part of the community,” he said.

They want to share their plans with the community along the way.

“We want to make sure everyone is aware of our goals,” he said.

Hence, a public meeting is set for 2 p.m. on Feb. 27 at the Nenana Civic Center. The meeting will provide a presentation of the group, its goals and answer questions from community members.

He expects the Historic Railroad Depot in Nenana to play a role in future railroad-themed celebrations — like the centennial celebration of the completion of the northern section of the Alaska Railroad in 2023.

“Whoever would like to help these goals is always most welcome,” he said.

Friends of the Tanana Valley Railroad and the city of Nenana agree on this: “Who better to take on such a project than the people who donate their time to railroads and the preservation of railroads in general,” Forrest said.

“I believe they will be great caretakers of this significant piece of Nenana’s history,” Mayor Verghagan said.