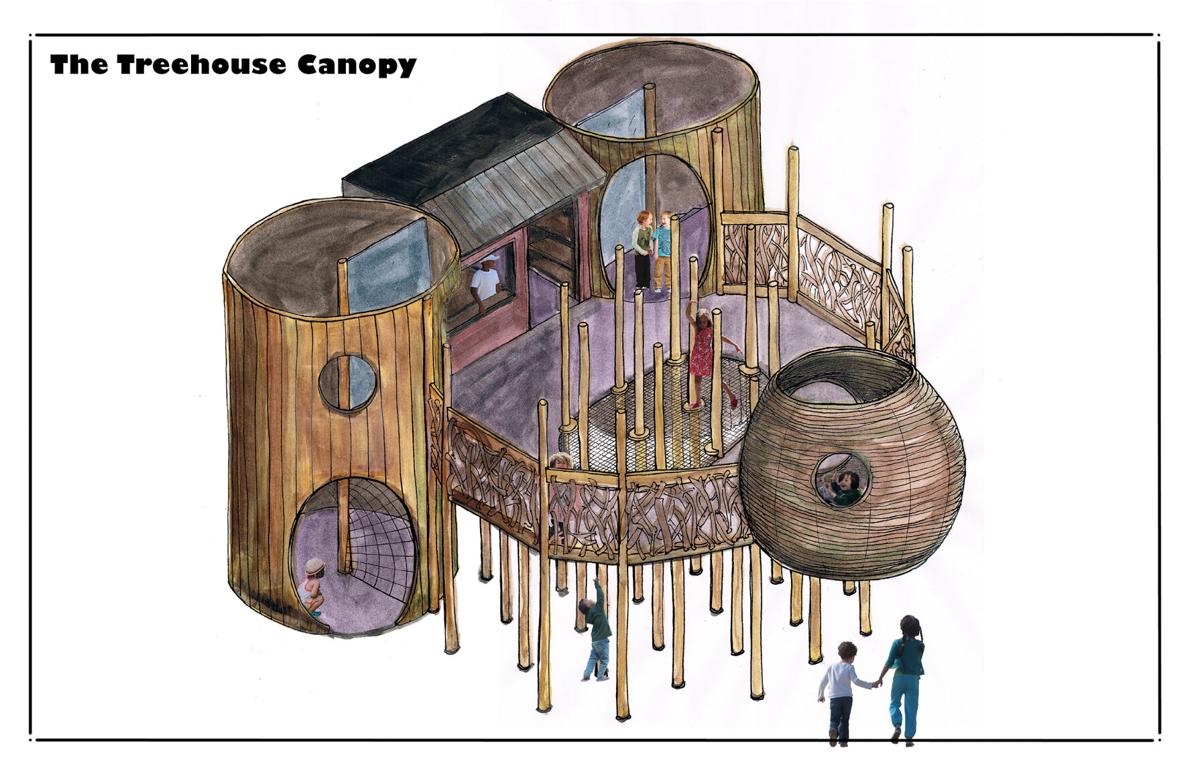 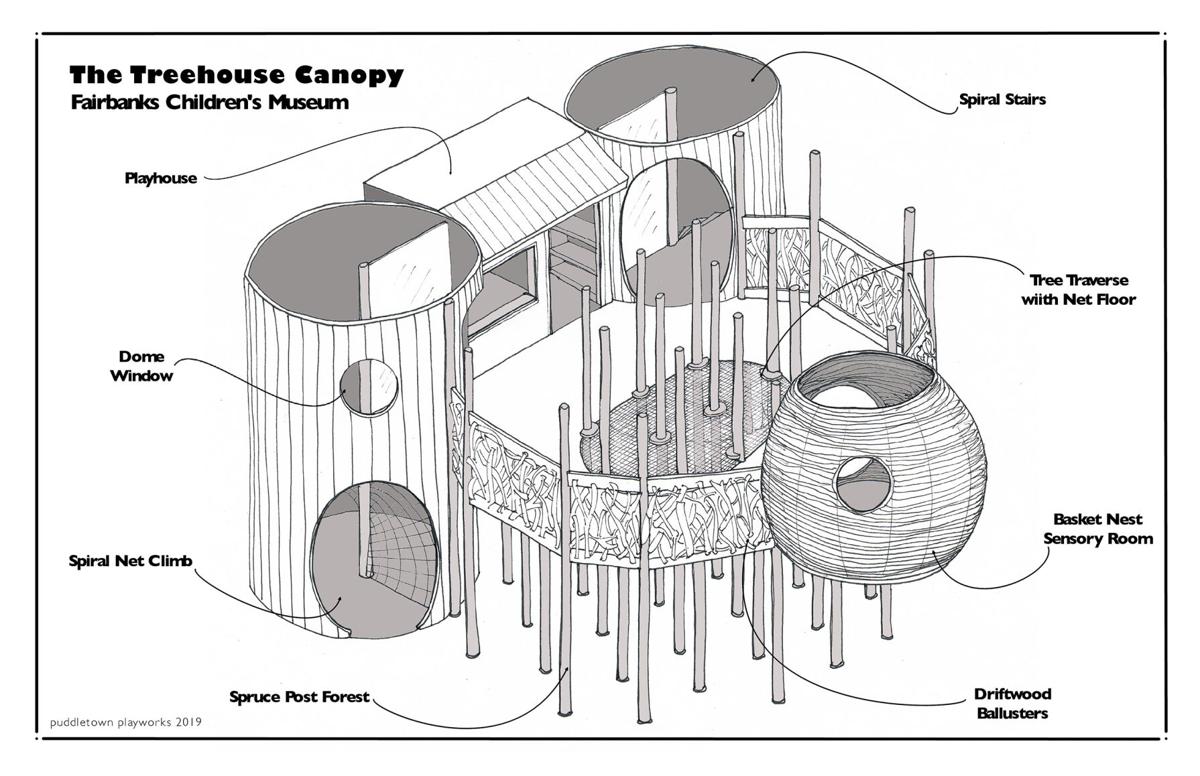 Youngsters visiting the Fairbanks Children’s Museum will be able to scramble as high as the ceiling after a newly-designed giant climbing exhibit is installed.

“It’s like an indoor treehouse,” said museum director Meredith Maple-Gitter. “It is going to be a super exciting project.”

The exhibit was made possible by a $75,000 donation from Usibelli Coal Mine in 2018. A $7,500 grant from the Alaska State Museum Grant-in-Aid program paid for design of the exhibit.

“Lots of museums in the Lower 48 have exhibits very similar to this,” Maple-Gitter said. “We see them when we visit other museums.”

Former museum director Brenda Riley got the ball rolling back in 2018.

“She started working with a guy named Leon Smith,” Maples said. “He designs playground equipment down in Portland.”

An added benefit — Smith is from Fairbanks originally and now operates Puddletown Playworks in Portland, Ore. He specializes in creating play environments for children.

The delay in installation of the project was caused by the uncertainty, for a period of time, of whether the museum would stay at its current location or move to a new spot. Once the decision was made to remain at 302 Cushman St., Suite 101, the climbing project moved forward.

The structure will be made out of locally-sourced wood - spruce logs from Fairbanks. The exhibit includes a little log cabin playhouse and a nest made out of willows that serves as a small sensory room. Rope netting is in place for easy climbing, including a spiral net climb. The exhibit also includes spiral stairs, a spruce post forest and a tree traverse with a net floor.

“There’s lots of room for kids to play underneath the structure, which helps to limit its footprint,” Maple-Gitter added.

The climbing wall, currently at the museum, will be incorporated into the structure.

Before this, the newest exhibit was the child-version of a veterinarian clinic, which debuted last year.

“There was so much excitement over that,” Maple-Gitter said. “It really pushed us forward because we knew we had funding on deck. Seeing our community engage in something totally fresh and new made us eager to actually make this happen.”

Building will begin in early December and covid-permitting, with safety measures in place, the museum plans to reopen in January 2021.

The museum closed its doors on March 13, due to the coronavirus. It also paused all family memberships, so families can pick right up where they left off in January 2021.

“It’s the right time,” she said. “It’s going to be really exciting.”