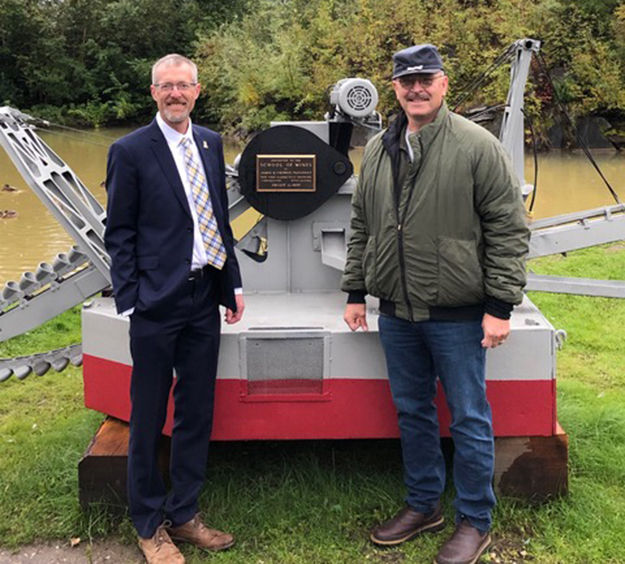 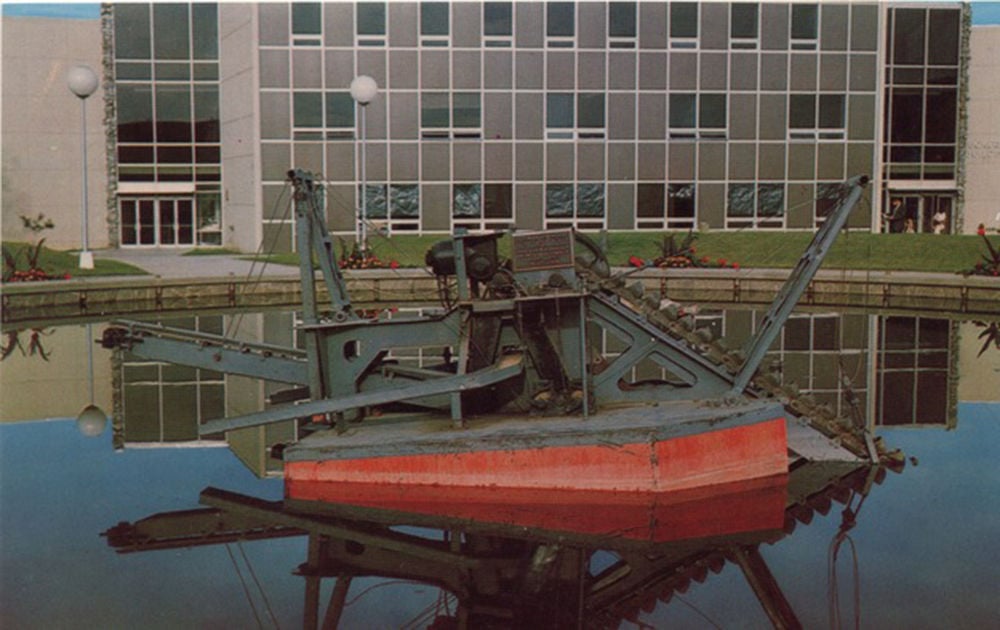 This model dredge, seen the water foundation at the UAF Duckering Building, is operational. Photo courtesy Jim Plaquet/Pioneers of Alaska Igloo No. 4 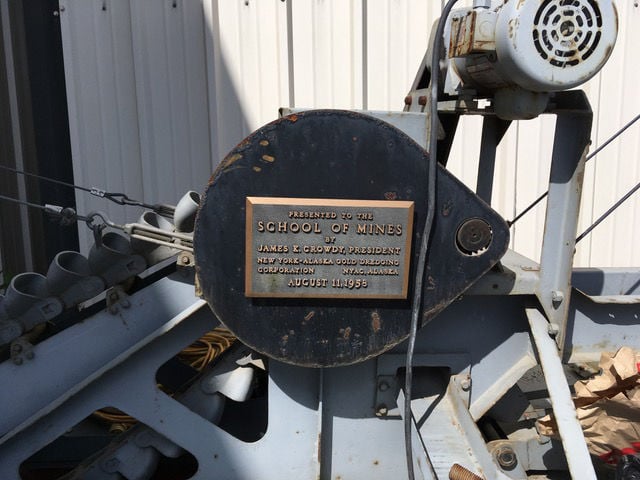 This model dredge, seen the water foundation at the UAF Duckering Building, is operational. Photo courtesy Jim Plaquet/Pioneers of Alaska Igloo No. 4

A working dredge model is the newest donation to the Pioneers of Alaska Museum. It is now on display in the Mining Valley at Pioneer Park.

The model was presented to Pioneers by Chancellor Dan White, of the University of Alaska Fairbanks, and Sen. Click Bishop, who is a member of Pioneers of Alaska Igloo 4. Bishop was instrumental in acquiring the model for the museum.

This donation has a long history. It was donated to the University of Alaska School of Mines in 1958 by the New York-Alaska Gold Dredging Corp (NY-ADC) of Nyac in the Aniak district, courtesy of the corporation president, James K. Crowdy. Dean Earl Beistline arranged for the contribution through William H. Race, who was resident manager for NY-ADC and a 1942 mining graduate of the university.

The dredge was set up in the ore dressing laboratory of the Mines Building and was placed in a pond near the school for operation. According to Beistline, it’s purpose was twofold: It was an excellent piece showing dredge operations. It was also an historical visitor attraction. Dredging has played an important part in Alaska’s development and history.

The model is 5-feet by 7-feet, with stacker and bucket line spans of 14 feet when it is operating. The dredge was originally dedicated as “No. 21/2 Nyac” and displays a bronze plaque that shows the name of its donor.

Nyac 21/2 was presented to Crowdy in 1938 by the Washington Iron Works of Seattle as a gift to his oldest son. It was used for many years by the children of Nyac. The New York-Alaska Gold Dredging Corp. was the oldest dredging company that dredged in Alaska, beginning in 1926. In 1958, three dredges worked with power supplied by the company’s own hydroelectric plant.

In addition to its Alaska operations, New York-Alaska ran operations in British Columbia and in the Beauceville area in the province of Quebec.