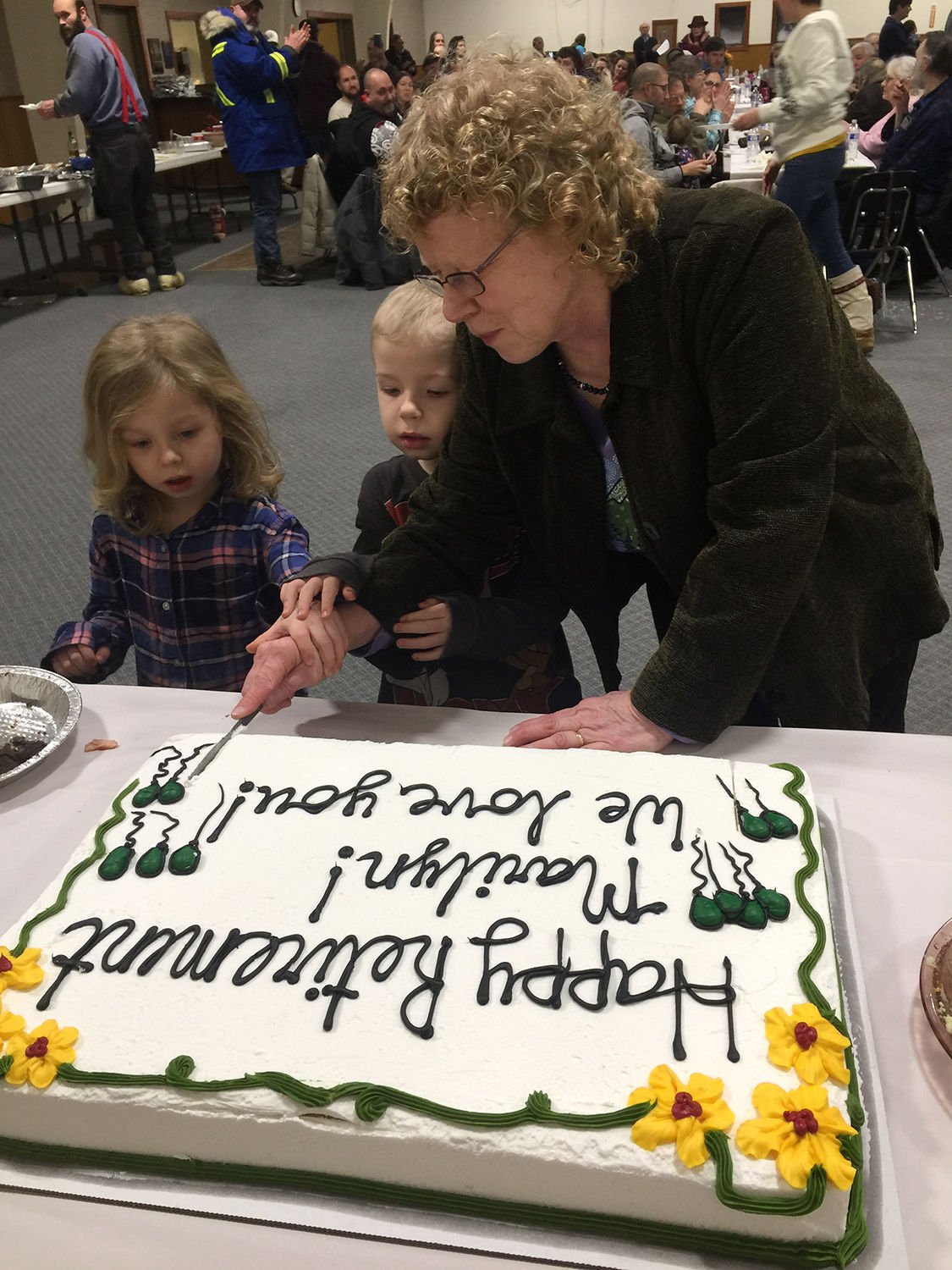 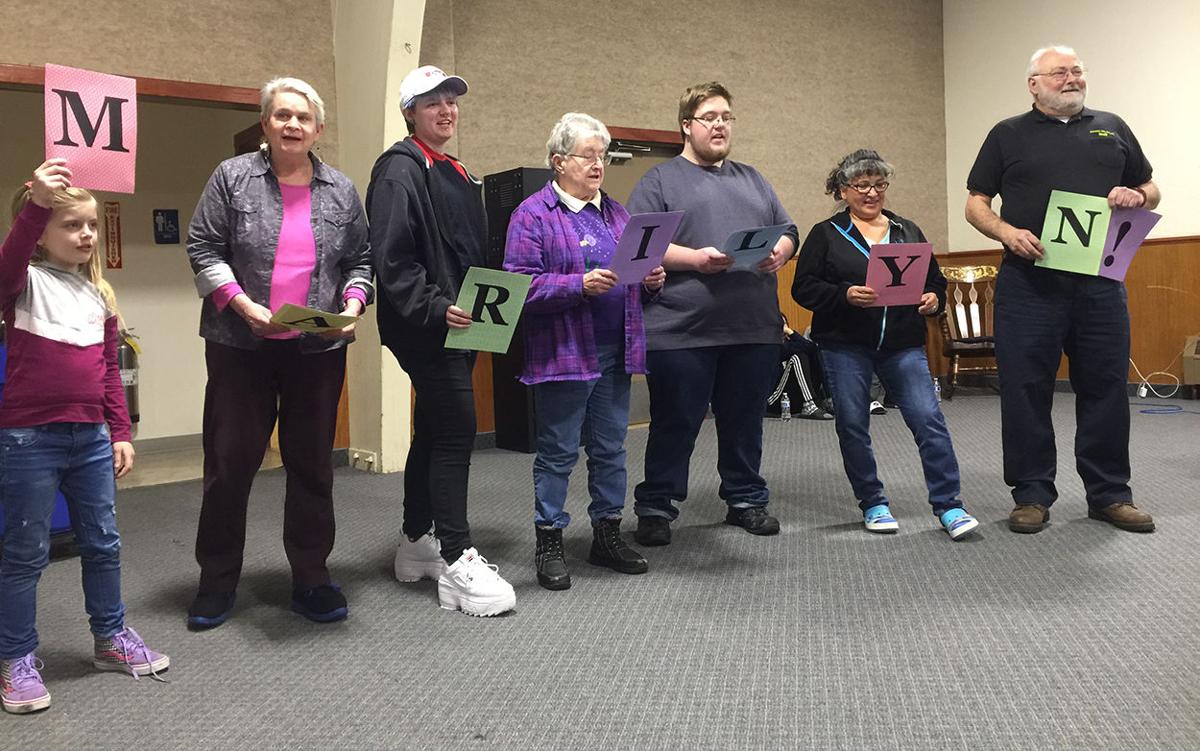 Friends entertained with some good-natured songs about Marilyn. Kris Capps/News-Miner 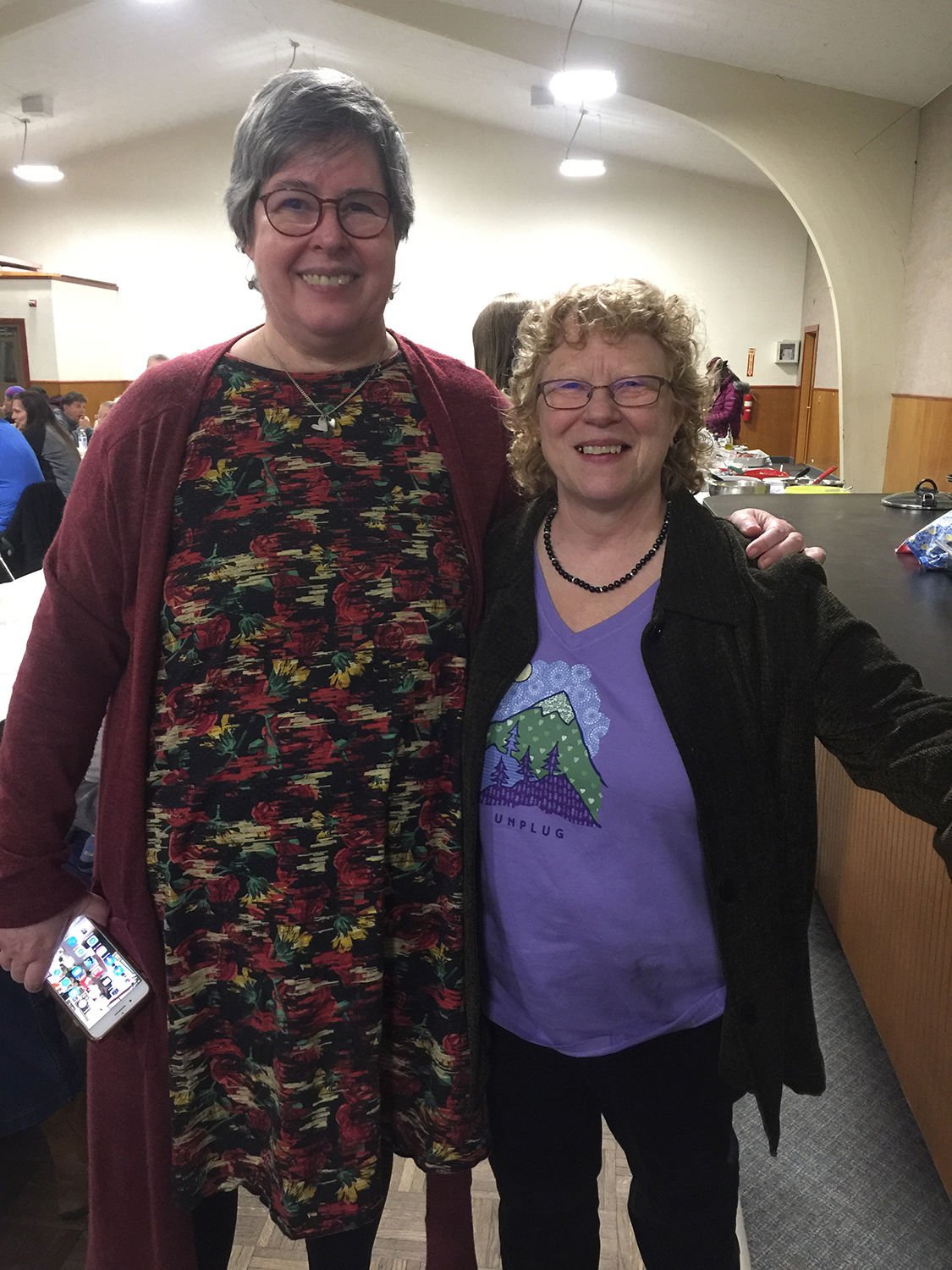 Friends of all ages honored Marilyn Duggar at her retirement celebration. Kris Capps/News-Miner

Friends entertained with some good-natured songs about Marilyn. Kris Capps/News-Miner

Friends of all ages honored Marilyn Duggar at her retirement celebration. Kris Capps/News-Miner

Nenana residents provided a joyful tribute to Marilyn Coghill Duggar in honor of her retirement over the weekend and also celebrated the fact that she’s not leaving town.

There is no doubt that she holds a special spot in the heart of the community. But after a lifetime of holding down the fort at Coghill’s General Store, Marilyn is changing her role just a bit.

The store had been in the Coghill family since 1916, and Marilyn grew up learning the ropes as a child and eventually running the entire operation herself. The general merchandise store is a focal point for the community. But with no one in line to take over, the store has been sold to someone outside the family, who intends to continue its longstanding tradition as the center of the community.

The store was the routine candy stop for local kids, it provided a helping hand for those in need, and always offered a friendly face. Marilyn’s motto: “Every day here is a good day.”

Nearly 200 people gathered at the Nenana Civic Center on Friday night to honor her and thank her for her years of dedication to the community.

There were some touching tributes. Her brother Bob Coghill couldn’t be there in person, but he sent some personal memories of his younger sister. He recalled the time he acted as her dog handler when she entered the three-dog North American Sled Dog Race. Or the time she invited a peacock to sit on her head, just like the parakeet at home — she was only 3 years old. Her bedroom, he said, was littered with headless Barbie dolls. Why headless? He didn’t know.

He remembered when she worked a summer at the Jere-A-Tad Lodge (currently McKinley Creekside Cabins) at Carlo Creek in the Denali area. She also hosted an early music festival there.

When she became an Episcopal priest, he listened to her sermons and received communion from her at St. Mark’s Episcopal Church in Nenana.

Her cousin John Coghill acted as emcee and told the audience that Marilyn inherited her mother’s smile and wonderful personality, and her father’s gentlemanly quality of kindness.

“I watched her take Nenana as her place to love,” he said.

“How often do you get to celebrate somebody’s life on a happy occasion? We’re going to miss the old chapter, but we are happy for the new chapter in Marilyn’s life.”

One by one, friends talked of their love and appreciation for Marilyn.

He also provided a huge honor later in the evening. As first chief of the Nenana Traditional Council, he announced that the council made Marilyn an honorary tribal member. That may have been her biggest surprise of the evening.

Julia Hnilicka said Marilyn is like her second mother.

“She was always there to laugh with us, scold us, let us paint our nails black when Mom said we couldn’t,” she said. “I see how hard she works for our community. I really love Nenana a lot, and Marilyn is a huge part of that.”

She encouraged everyone to emulate that giving spirit.

“We used to tell our kids we bought them at Coghill’s General Store, and if they were bad, we’d return them,” longtime friend Annette McDonald said. “It was not much of a threat. They thought it would be great to live with Marilyn.”

Wanda Haken is a counselor at Nenana School.

“We’re always doing lessons about being safe,” she said. When she asks students where they can be safe in town, their response is the same: “The No. 1 thing they say is they would go to Coghill’s and find Marilyn.”

Normally he’s a pretty quiet fellow, but Marilyn’s husband, Ty, even got up to speak.

“Forty years ago, I came to this community,” he said. “I married the first girl I met that had her own chainsaw. And we’ve had a great life here.”

John Coghill described three things he and Marilyn learned from their parents: “Trust in God. Always be kind. Remember you’re a host of the community, you’re not a guest here.”

Marilyn emulates all those qualities, he said.

Luckily, she plans to stick around Nenana.

“We’re not leaving and I’m always available,” she told the crowd.