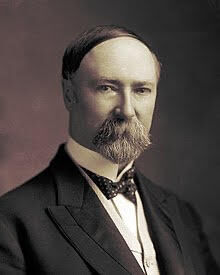 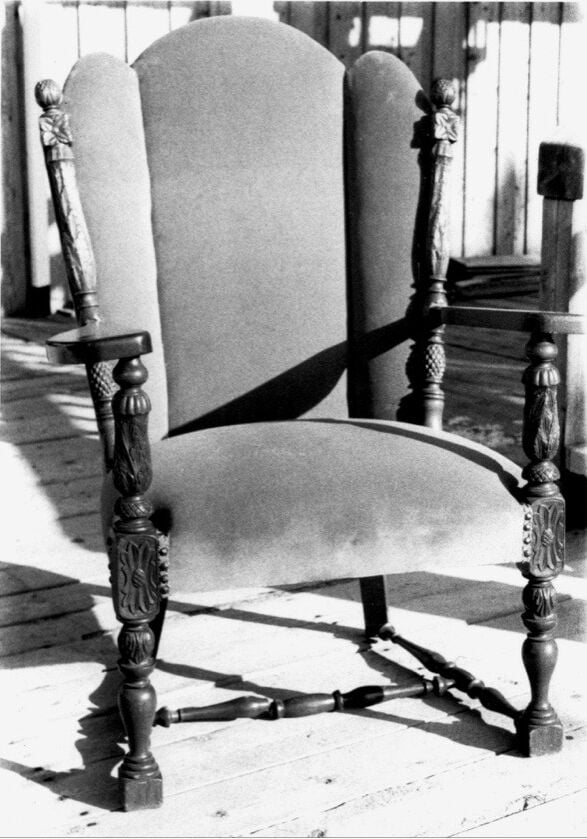 The city of Fairbanks will be loaned a piece of history this week, when the Pioneers of Alaska officially present an ornate chair once owned by Charles Warren Fairbanks.

The 11 a.m. presentation will take place in City Hall on Wednesday, July 22. The timing is special because it was 118 years ago on the same day — Wednesday, July 22 — that Felix Pedro discovered gold in the Tanana Valley. That discovery led to the establishment of the city of Fairbanks on the banks of the Chena River.

Longtime Fairbanks resident Judy Shiffler shared her recollection of the Charles Fairbanks chair, which has been stored at the Pioneer Museum at Pioneer Park. She recalled visiting family back in the Midwest, shortly after moving to Fairbanks long ago. She recounted this conversation:

“Well, we guess you would like to have the ‘Fairbanks chair,’” they said.

We were befuddled and asked, “what Fairbanks chair?”

They said, “Well, your town was named after Senator/Vice President Charles Fairbanks of Indianapolis and we own a chair from his estate.”

“This was the first we knew that Fairbanks was not just a town on the fair banks of the Chena, but was named after someone,” Judy Shiffler wrote. “So up we went to the attic to view a stately chair that had been part of the Charles Fairbanks estate on Meridian Street in Indianapolis.

“We were told it was one of two made and that Eleanor Roosevelt had admired the set and further that for some reason the chairs were shortened by having the lower legs trimmed.

“My grandparents happily helped us ship the chair to Fairbanks but our rustic log home was not a suitable location and we donated it to the Pioneers of Alaska to place in the Wickersham home museum, since Judge Wickersham was said to have settled a political favor by naming our town after the Indiana senator.”

The Pioneers placed a brass plaque on the arm, which acknowledged their gifting of the chair, she added.

According to the Pioneers of Alaska, the ornate armchair was indeed owned by Charles Warren Fairbanks, for whom the Golden Heart City of Fairbanks is named. It was Alaska’s federal judge, James A. Wickersham, who suggested the mining camp be named Fairbanks in 1902.

At the time, Fairbanks was a U.S. senator from Indiana and a friend of Wickersham’s. Three years later, in 1905, Fairbanks was elected the 26th vice president of the United States with President Theodore Roosevelt.

“This extraordinary period piece, that once belonged to our city’s namesake, is a reminder of the legacy of having federal friends in high places, which resulted in the establishment and early financial support of the beautiful riparian city known as Fairbanks, Alaska,” according to the Pioneers of Alaska.

It is the Pioneers’ hope that the chair will inspire the mayor of Fairbanks “to forge many fruitful future alliances for the benefit of our fair city.”

At the presentation on Wednesday, they will invite Mayor Jim Matherly to “take a seat in history.”