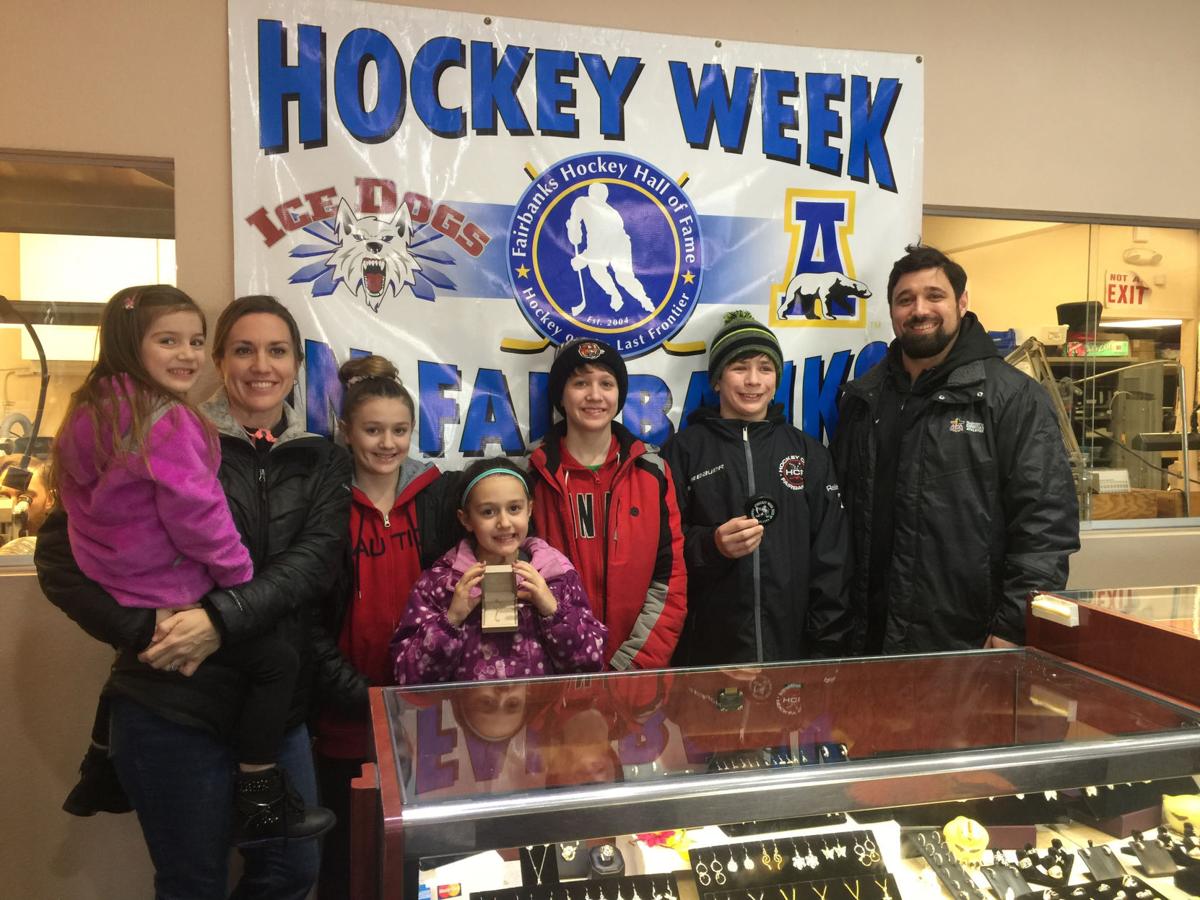 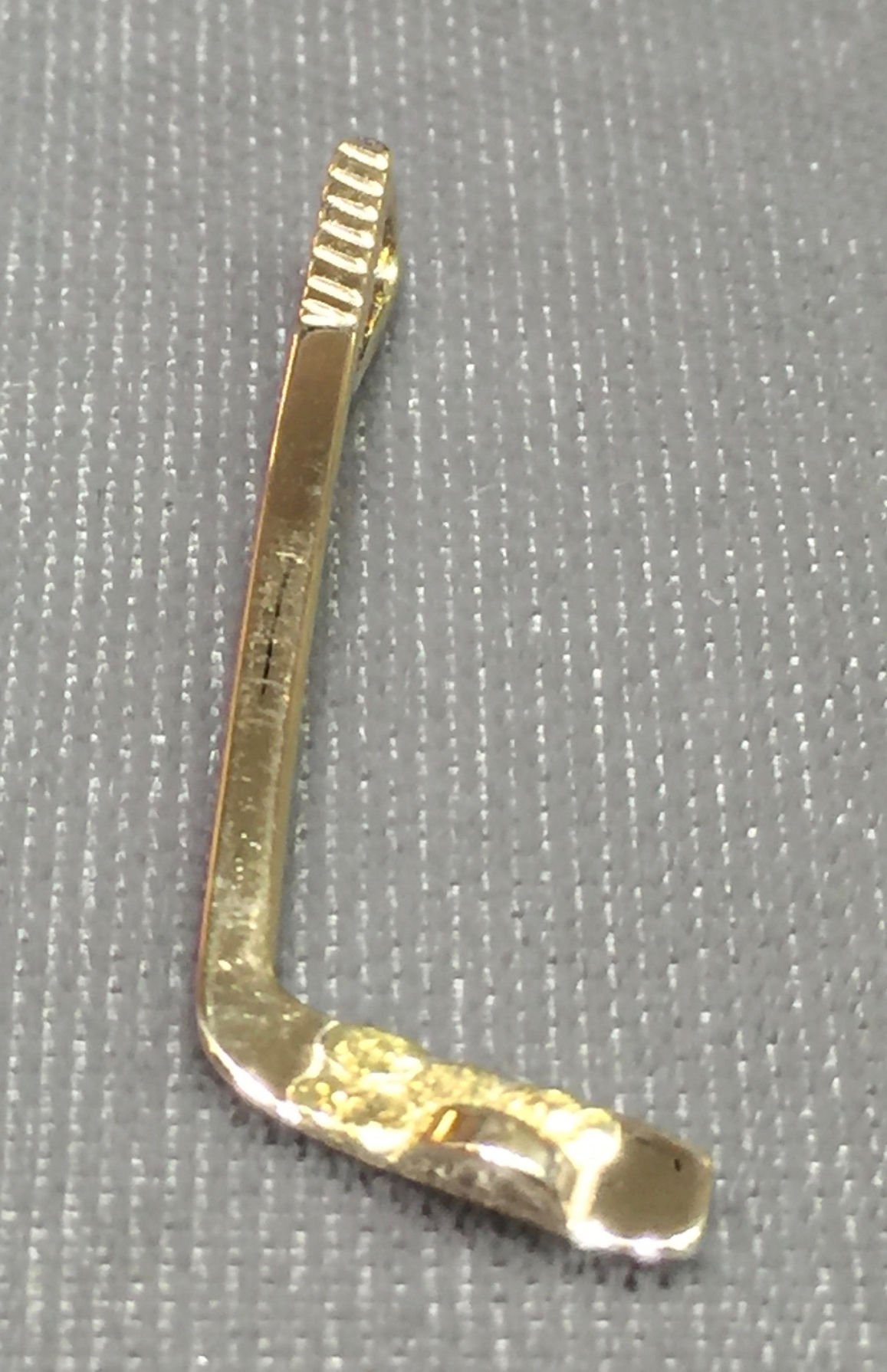 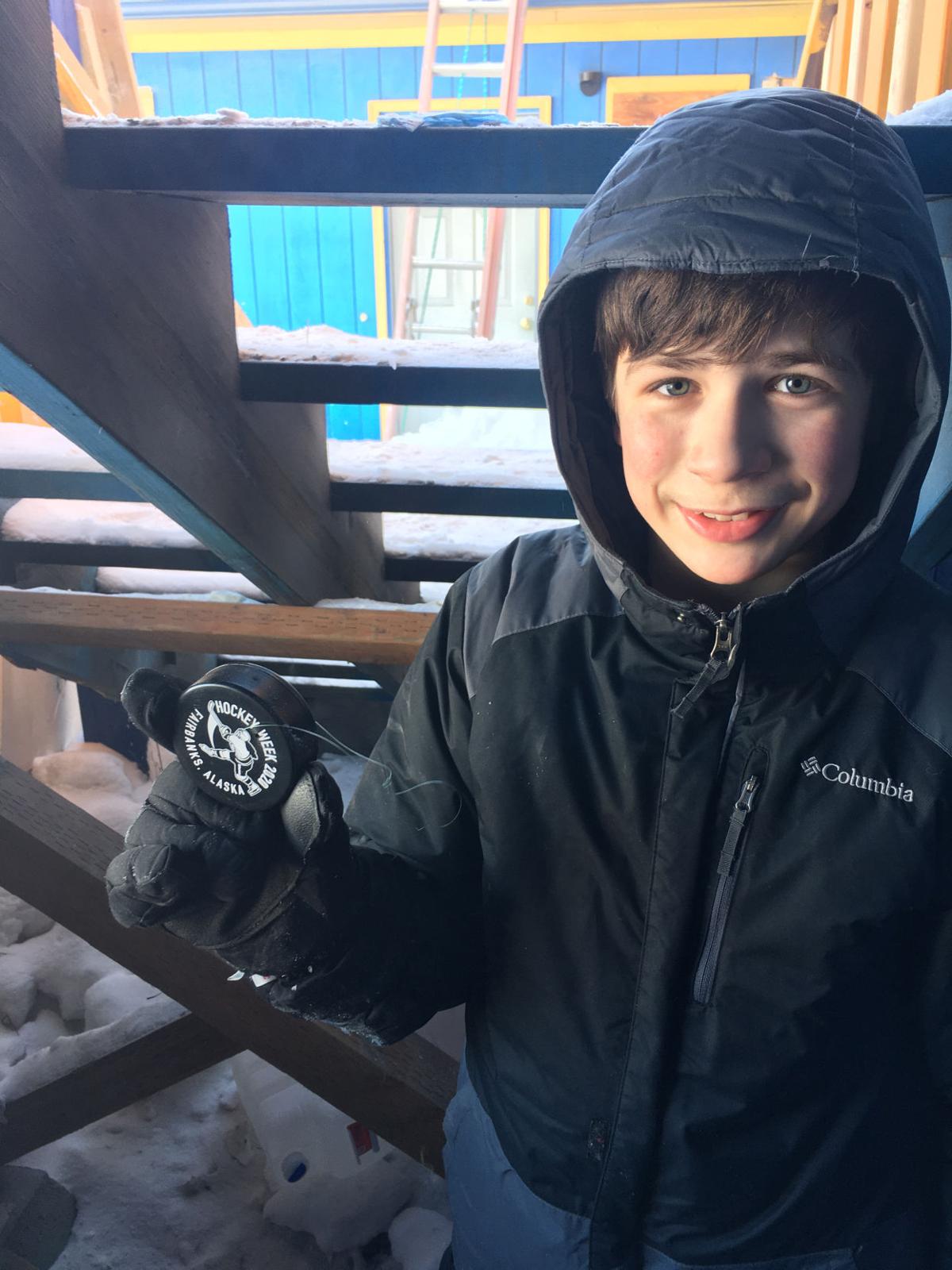 Searching for the hidden Golden Puck was a family affair for the Reinheller family and their hard work paid off Wednesday, when they found the puck hidden under the stairs at the old Sports King building.

Logan, 13, crawled under an outdoor stairwell and there it was. It took six days of clues to find it.

Ryan Reinheller is a former Alaska Nanook hockey player and a former assistant volunteer coach. He still coaches youth hockey and some of his kids play hockey as well. They are a hockey family and they were motivated to find the Golden Puck.

One of Logan’s former teammates, who moved to the East Coast, kept in touch by phone, helping to decipher clues.

Here’s how it works: every day, Fairbanks Hockey Week publishes a cryptic clue on its Facebook page, until someone follows the clues to the hidden puck. There are 10 days worth of clues.

They’re not easy. This was the first and longest clue:

“The Golden Puck is in the Borough,

But let’s be more thorough.

It’s north of the Tanana,

And the color of a banana.

It’s south of the Chena,

And it’s not an arena.

It’s east of the University,

And inside the city.

And you’ll be alright.”

And so the family began searching. Reinheller led the charge, but the footwork and much of the brainpower came from Jakan and Logan, both 13; Rebecca, 11; Trista, 8; and Sarah, 4. Mom Andrea was also on the search team and provided important transportation for the group to check out potential sites.

Reinheller admits he was pretty focused on finding the Golden Puck, but he said it was the team effort that led to success.

Initially, they looked at Pioneer Park. This clue led them to believe it might be at the Pioneer Air Museum:

“It ain’t hockey without a puck.

But if it flies high, you have to duck.

Some wear their jersey out; others tuck.

Don’t get stuck in the muck.

We wish you good luck.”

At times, their focus moved to Chena Small Tracts, then to Play It Again Sports. Clue No. 6 eventually led them to Sport King, a former store that was an unofficial hockey headquarters in Fairbanks.

“The next clue is due.

Color is a cue

That you won’t rue.”

Rue is a salve often used to treat dislocations, sprains. Apparently there is an occupational therapy clinic next door to Sport King.

As the days wore on, the family began to feel the pressure of other teams that were also looking for the Golden Puck. So on Wednesday, they searched during the kids’ lunch hour. And that’s when they found it, under an external staircase at the old Sport King building.

It’s likely that Clue No. 8 might have given away the location to anyone who knew owner Roger McKinnon.

“NHL winners get a ring,

With a little zing.

McKinnon was not only a fan of the Detroit Red Wings, he also loved eating barbecue chicken wings, according to Randy Zarnke, who spearheads the Golden Puck event.

And by the way, the hidden puck isn’t actually golden, but the prize certainly is.

Bishops Jewelry creates a beautiful piece of hockey jewelry for the winner. This year, it’s a golden hockey stick pendant, with gold nuggets where the hockey tape is usually placed on a hockey stick. The jeweler estimated the gold content at 18- to 22-karats.