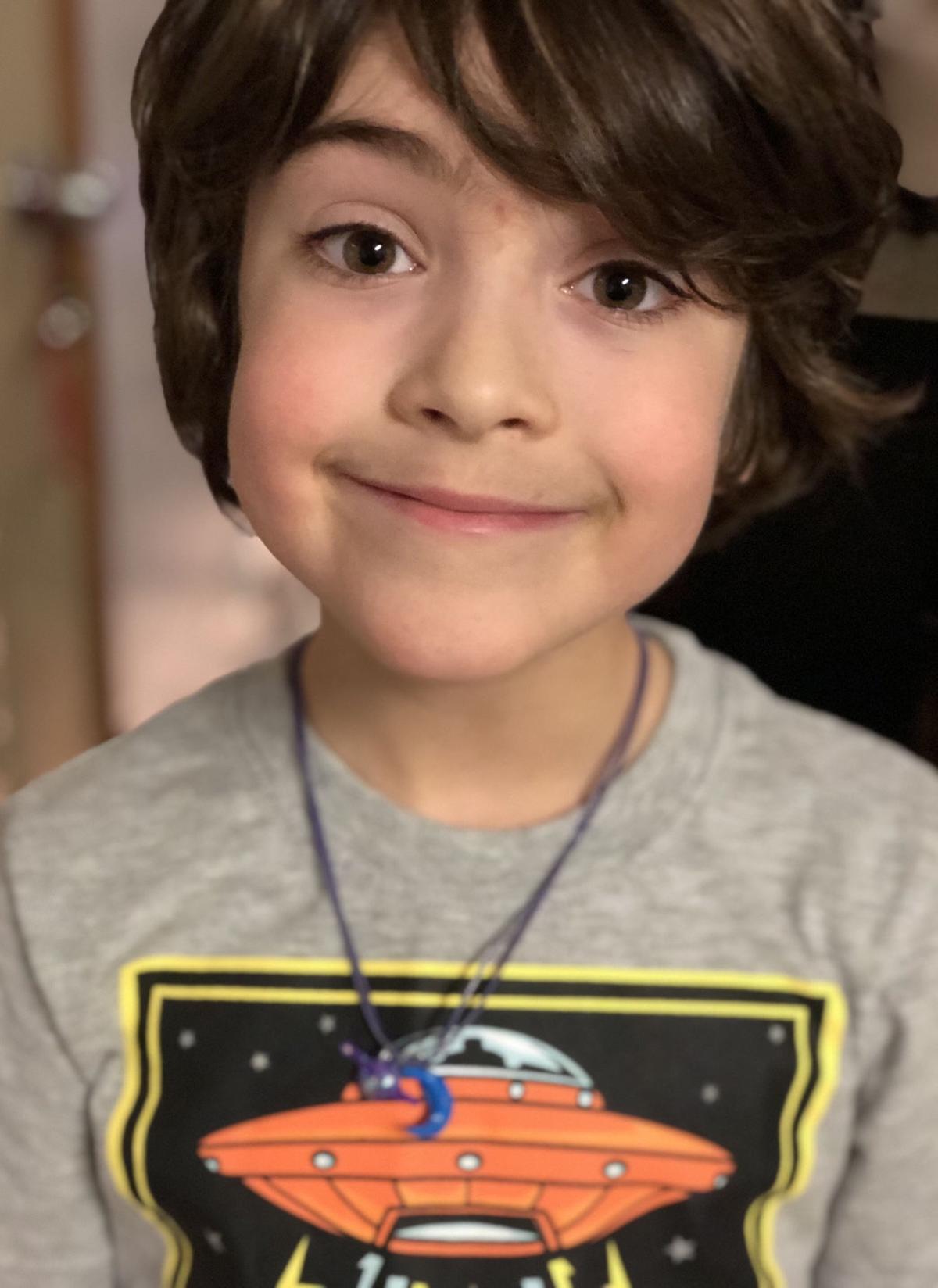 Kyler Frazier is a student at Tri-Valley School. 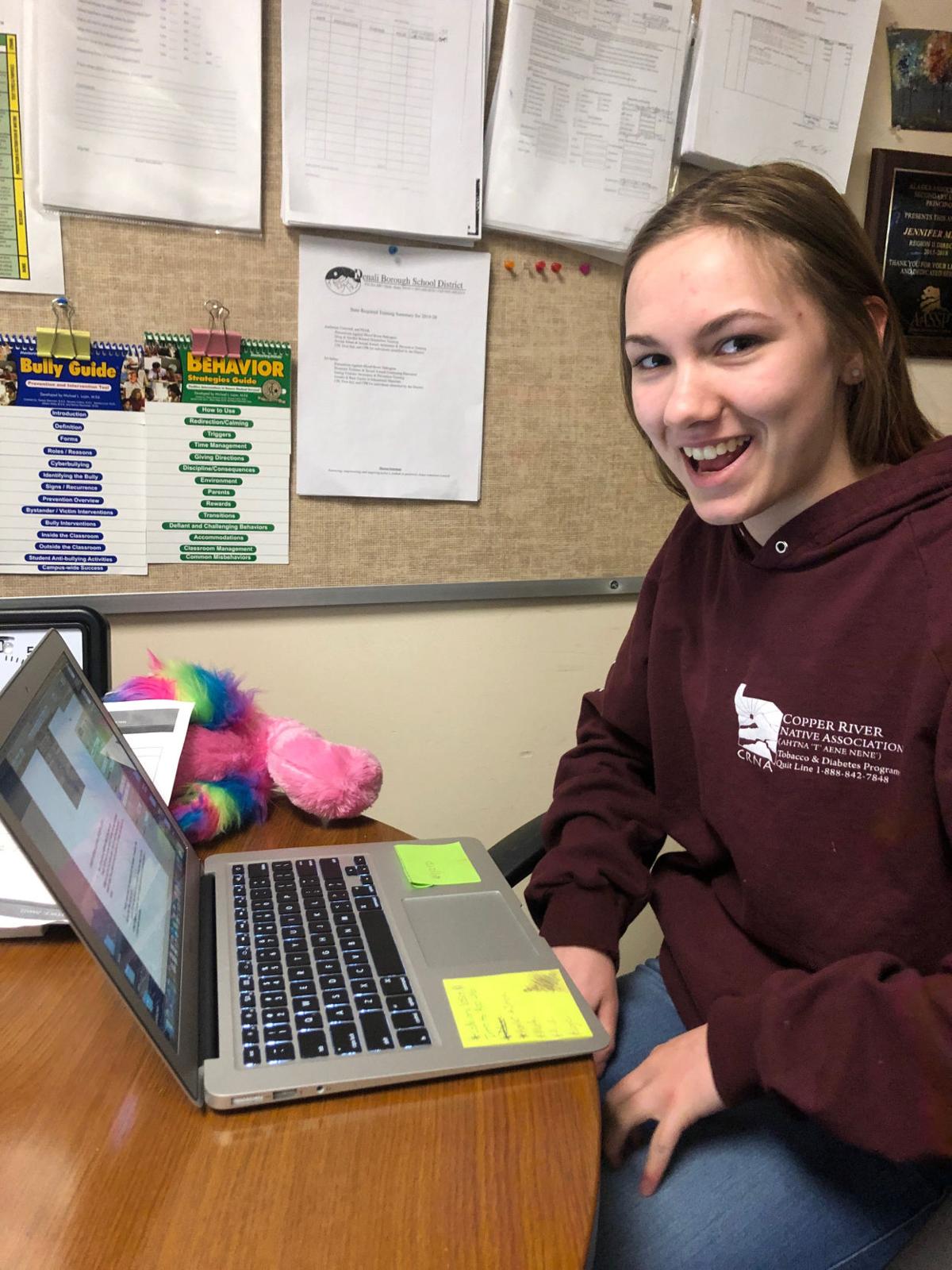 Arabella Batori of Cantwell is a semi-finalist in the "Name the Rover" contest.

Kyler Frazier is a student at Tri-Valley School.

Arabella Batori of Cantwell is a semi-finalist in the "Name the Rover" contest.

Kyler Frazier, 9, a third-grader at Tri-Valley School and Arabella Batori, 15, a sophomore at Cantwell School were named two of the three semifinalists from Alaska. There are 155 semifinalists nationwide.

“I looked up some of the old rover names and then started looking for words that meant admired, because the rover should be admired, since we can’t all go to space,” he said, adding that he hopes to go to space someday.

Being involved in something so important was exciting for the third-grader and when he discovered he was a semifinalist, he felt thrilled, just like he was on a roller coaster ride.

“I can’t stop smiling pretty much every time I think of it,” he said. “I wanted to jump up and down on my bed, but I’m not allowed, so I jumped in the air instead.”

Becoming the grand prize winner would change his life in the coolest way, he said.

“If I had the opportunity to name the rover, watch the launch and talk to real NASA workers, I would feel like the most awesome kid in the world,” he added.

And if he goes to Florida, he hopes he can actually touch a real spacesuit.

Cantwell is a small community that is, most of the time, forgotten, she said in her essay. She thinks naming the rover after Cantwell will provide some much-needed recognition for her hometown.

“I felt like it would be good to try, to put us on the map and show that even though we’re a small community, we can still make a big difference,” she said. “A place can be quiet and small, but still make a big impact on the nation.”

Cantwell is a beautiful place with many smart people, she added.

Plus, going to NASA in person would broaden her knowledge and help her learn even more about space, she said.

She discovered she was a semifinalist during a basketball tournament in Tok and said it was shocking news.

She looks forward to the public vote at the end of the month, even though Cantwell is a small place, with limited population to vote.

“We have friends and family everywhere,” said Cantwell School principal Jeni Mason. “Just because we live in Cantwell doesn’t mean we’re not worldly. We’re connected. It will reach a lot of people beyond our 300 people in Cantwell.”

The Mars 2020 Rover is in the final stages of preparation for launch. Currently unnamed, it is a robotic scientist weighing more than 2,300 pounds that could pave the way for human exploration of the Red Planet, according to NASA.  It will search for signs  of past microbial life, characterize the planet’s climate and geology, and collect samples for future return to Earth.

“The rover is the first leg of a round-trip mission to Mars that will advance understanding in key science fields like astrobiology,” said Lori Glaze, director of NASA’s Planetary Science Division. “This contest is a cool way to engage the next generation and encourage careers in all STEM fields. The chosen name will hep define this rover’s unique personality among our fleet of Martian spacecraft.”

The spacecraft is targeted for a July 2020 launch and is expected to touch down on Mars in February 2021.

Judges read 28,000 submitted essays for the “Name the Rover” contest. In late January, the public will have an opportunity to vote for their favorite name. That vote will be taken into consideration for the final selection.

Then, nine finalists will meet with a panel of experts including Glaze, NASA astronaut Jessica Watkins, NASA JPL rover driver Nick Wiltsie and Clara Mae, who proposed the name for the Mars Science Laboratory rover, Curiosity, as a sixth-grade student in 2009. The grand prize winner will be announced in March 2020.