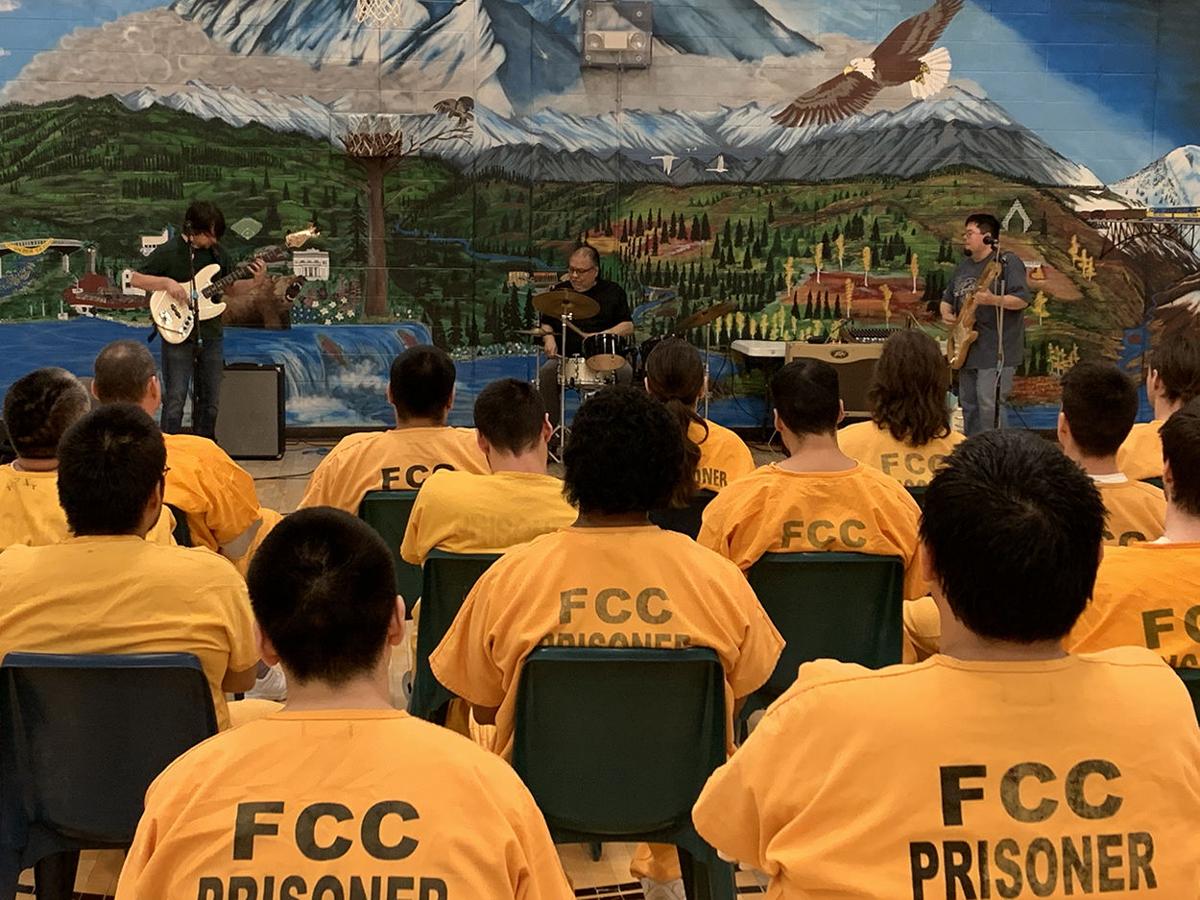 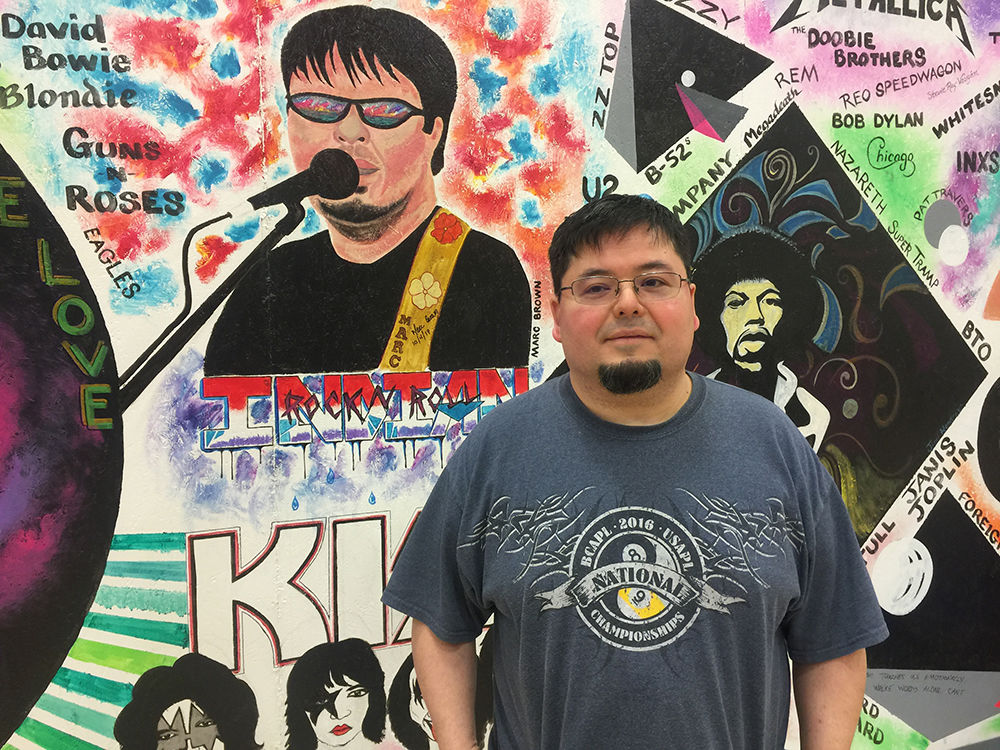 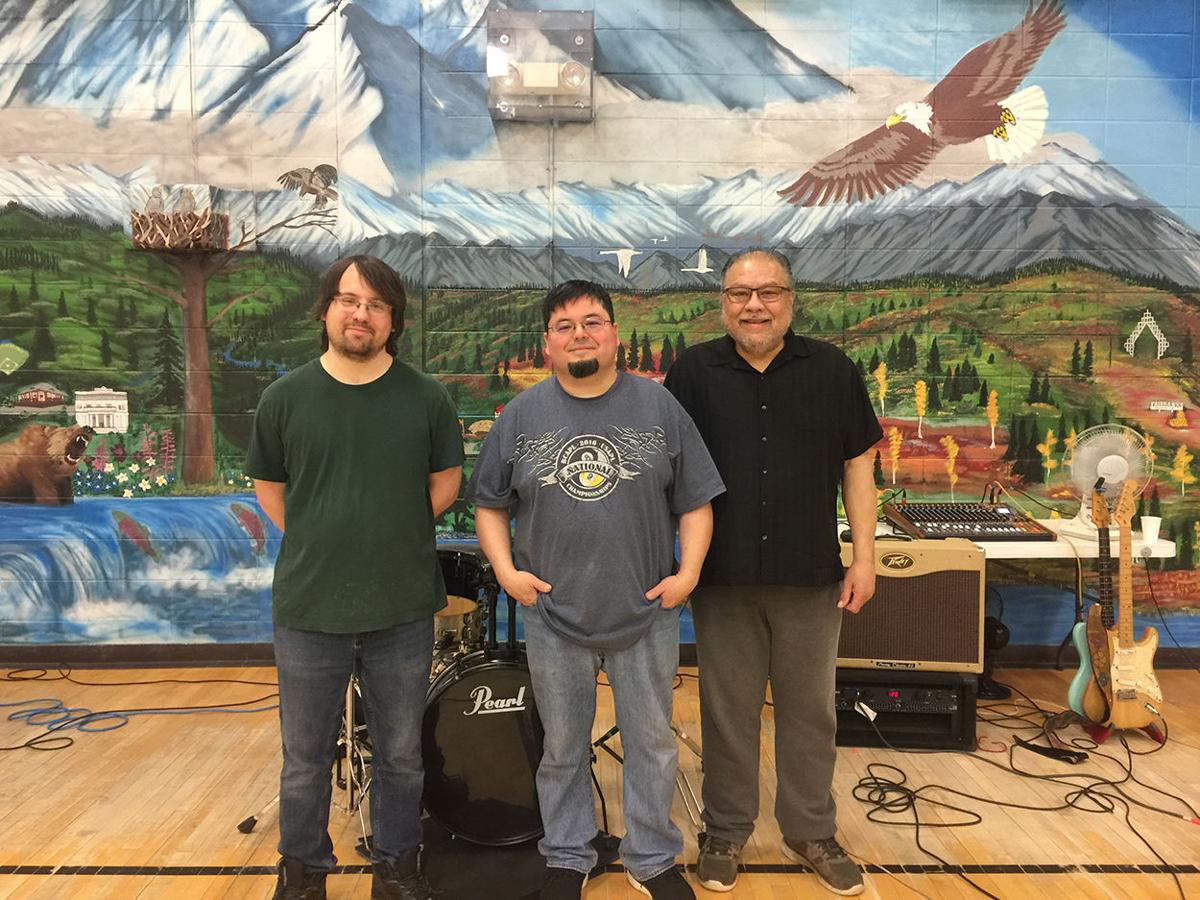 Popular local musician Marc Brown appears to be the only Alaska musician featured on a musical art mural at Fairbanks Correctional Center. So it seems fitting that he and his band, The Blues Crew, would perform at the facility.

That concert happened Dec. 11, and Brown hopes his band can make a repeat appearance. The idea was hatched when he heard that his image had been painted on the newest mural at the prison.

“A bunch of people kept telling me there’s a mural of me in the gymnasium,” he said. “At first, I didn’t believe them.”

But then a recently released inmate came to one of Brown’s concerts and told him again about the image being on the mural. He checked with administrators at the prison, and, sure enough, it was true.

The gymnasiumwide mural depicts musicians from all genres — from Beethoven to The Beatles — and includes quotes testifying to the power of music.

“So we set up a time for me to go there and view the mural, and then we talked about doing a show,” Brown said. “I had never played there before.”

Brown had offered to play at the prison a couple years ago, but it was not allowed. This time, the administration was open to the idea.

Performing at the prison is a rare event.

“I was their first real rock concert ever,” Brown said, besides concerts by gospel singers.  “It was awesome. I wish we had recorded it with all the yelling and screaming and cheering at the end. That made us feel good. All the audience interaction was great.”

Brown is Koyukon Athabascan, born into a family of fiddlers, harmonica players, bassists, rock, country and blues guitarists. He learned to play guitar at 4 and eventually joined his grandfather’s band, which had a country gospel influence. He later studied at the Berklee College of Music. During its more than 20-year career, Marc Brown & The Blues Crew won first place for Best Blues Recording in the Native American Music Awards and was nominated for Group of the Year. This year, Brown was nominated for Best Blues Recording, his third nomination. The Blues Crew has performed hundreds of times throughout the state and release 14 CDs.

Brown described seeing his image on the music mural as overwhelming.

“It was very awesome,” he added. “It was kind of surreal. I was really blown away. I didn’t even know how to react.”

He met the inmate who painted his portrait for the mural, but rules at the correctional center prevent sharing names of that inmate and others who helped create the murals.

Seeing the mural and playing the concert were amazing experiences, Brown said.

“I felt honored to perform for them,” he added.