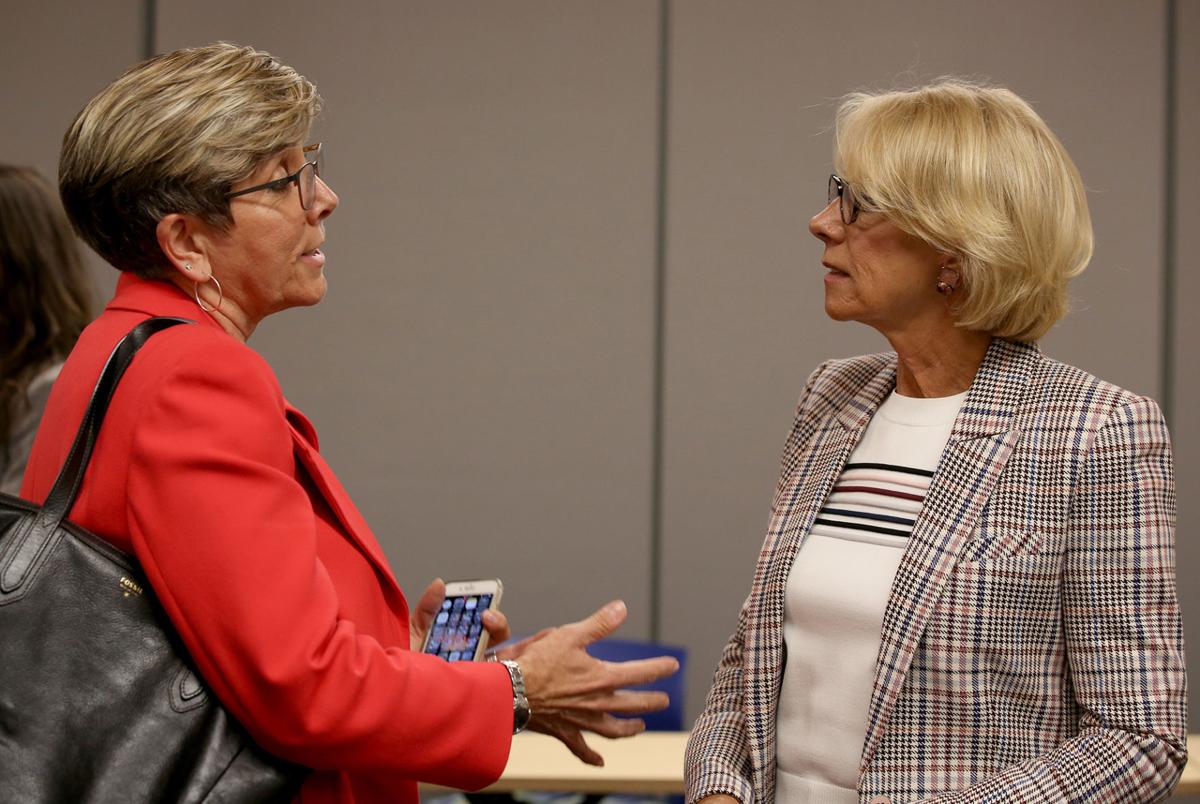 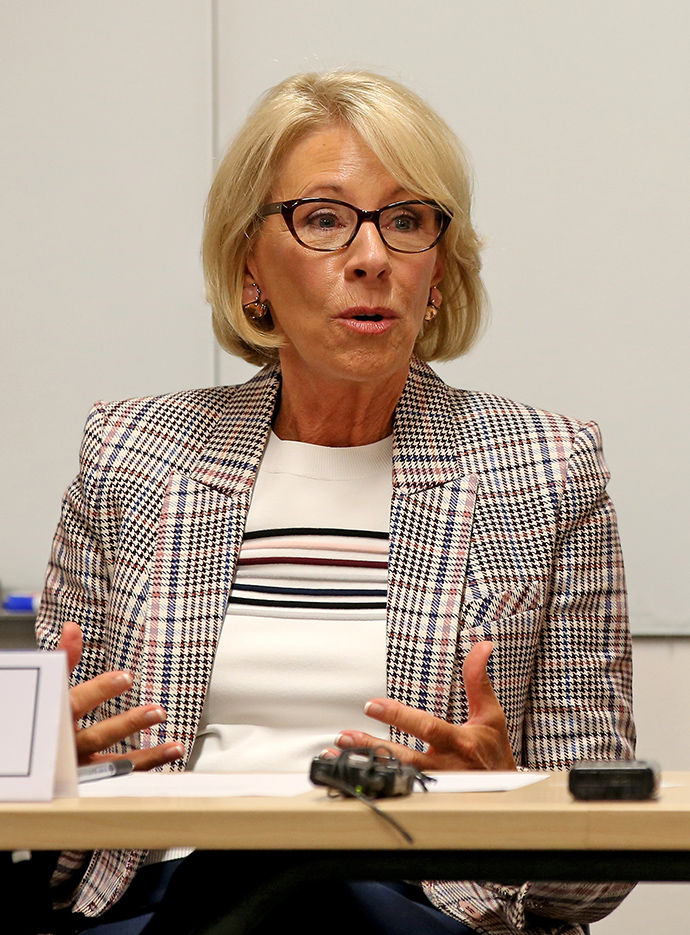 More than 40 Fairbanks area education and business officials filled a conference room on the University of Alaska Fairbanks campus Thursday morning to hear from U.S. Secretary of Education Betsy DeVos, who was visiting Fairbanks as her last stop on a weeklong Alaska tour.

The group, including Fairbanks North Star Borough School District Superintendent Karen Gaborik and a number of UAF officials, highlighted the interconnection between the school district, the university system and labor organizations and technical training programs within the community, noting the importance of training the next generation for accessible entrance into the workforce.

While DeVos noted that many aspects of labor education are contained within the Department of Labor, the federal government is working to break down some of the walls between departments to encourage collaboration.

"Congress, in its wisdom, has siloed many different programs at the federal level, but we are working very closely with them to ensure that there is as much flexibility and opportunity as possible to develop these new apprenticeship options and programs in areas that have not yet been explored," DeVos said.

DeVos has long been a staunch support of the charter school and school voucher system, which she has incorporated into her Educational Freedom campaign during her tenure as education secretary. She brought up the topic again in Fairbanks.

"We do have a federal proposal to expand parental student choice and education freedom, and it is in the form of a federal tax credit. It doesn't include a program at the federal level but is really a vehicle to facilitate programs at the state level," she said, noting the likelihood of support from Alaska's governor and education commissioner. "The reality is that we have lots of kids across this country in assigned places that simply aren't the right fit for them.

"For those who have economic means, they make choices, they move somewhere else or they pay tuition to go somewhere else," she said. "We need to expand those kinds of opportunities."

DeVos visited several other Alaska communities earlier in the week, including Wasilla, Anchorage, Nome and Kotzebue, where she toured a number of schools with Gov. Mike Dunleavy and his team.

When asked how the federal government is working in conjunction with local authorities to increase opportunity and support for education in rural Alaska, DeVos emphasized the need to keep student expectations high regardless of possible barriers.

The Fairbanks meeting was not open to the public. A handful members of the Fairbanks community, including a former teacher, were asked to leave the direct vicinity of the conference room after waiting outside the room to speak with DeVos after the discussion.

One member of the small group, Kendra Calhoun, said she was disturbed the meeting was not open to members of the public who may be interested in talking with the secretary.

"We thought it was public and it was not. So we were just waiting to see what would happen and if we could maybe have a word, but then they asked us to stand somewhere else and so they moved us," Calhoun said. "I just wanted to meet her and ask her why she's so selective in her choices for education. She's a public servant, this is a public university. I just thought there would be an opportunity for some open dialogue."