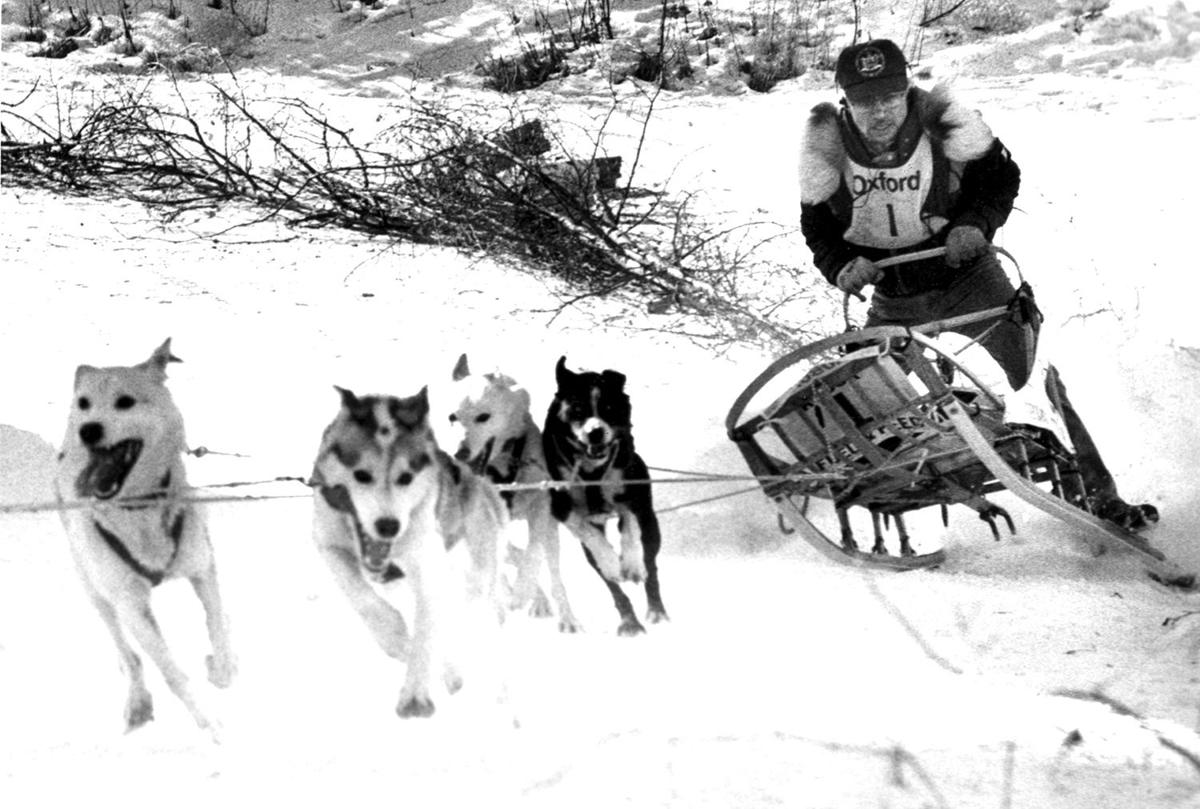 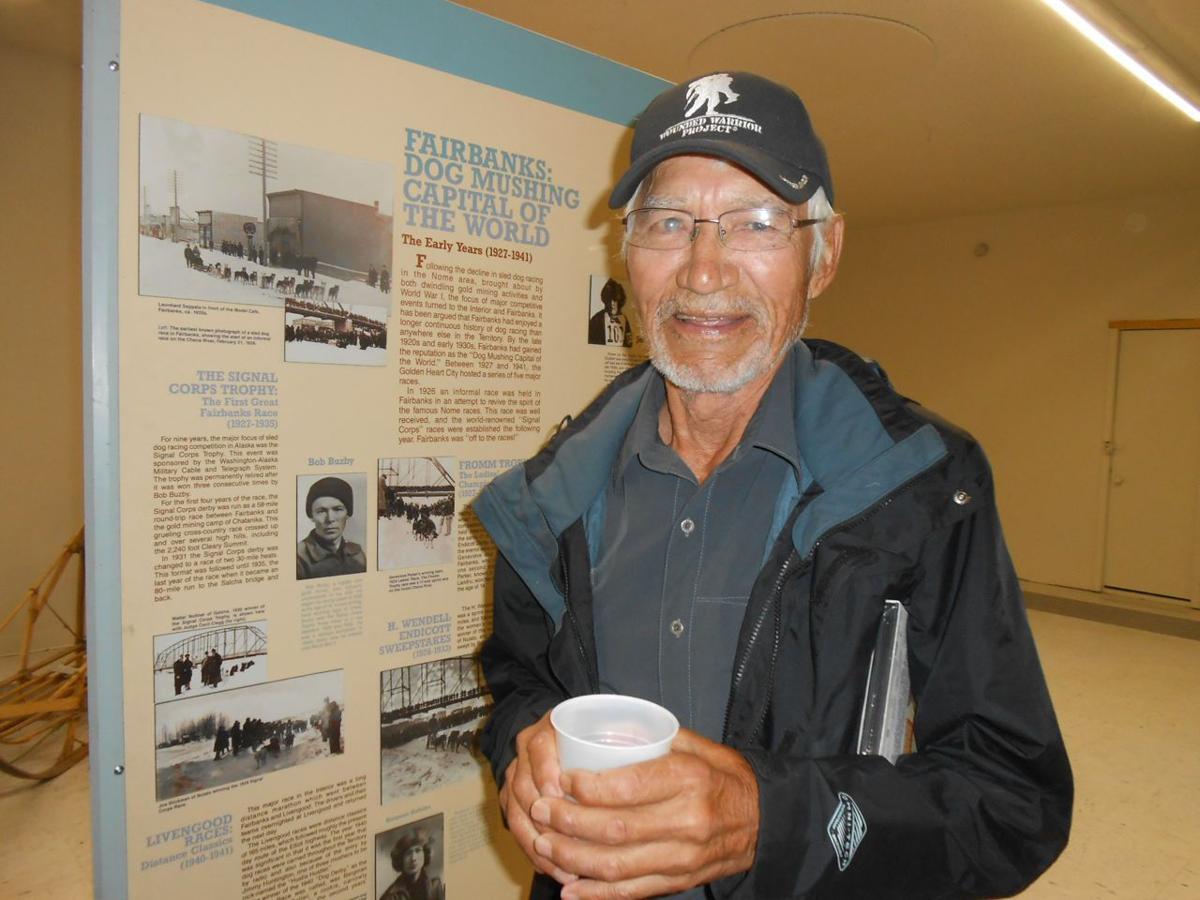 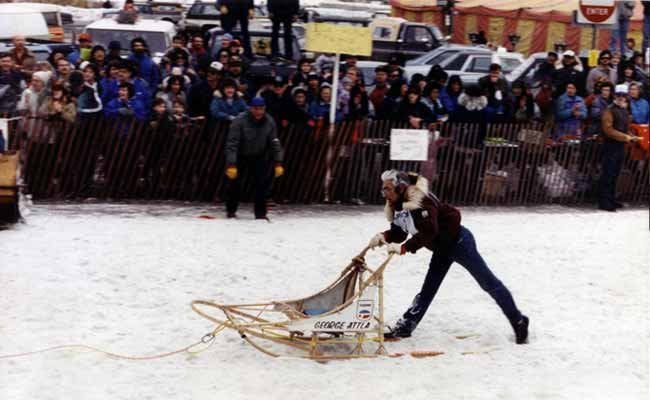 FAIRBANKS - George Attla Jr., unmatched sprint racing champion and one of Alaska's most decorated mushers, died Sunday at the Alaska Native Medical Center in Anchorage at the age of 81.

Attla, known as the Huslia Hustler, was widely considered the best sprint sled dog racer to ever compete. He won the two premiere sprint races — the Fur Rendezvous World Championship Sled Dog Race in Anchorage and the Open North American Sled Dog Championships in Fairbanks — a combined total of 18 times.

Members of the family confirmed that he passed away Sunday evening. He had been diagnosed with B-cell lymphoma just more than a week ago.

In many ways, Attla's mushing career is intertwined with his medical history. When he made his debut in the Fur Rondy at the age of 25, spectators made note of him as the unknown musher from Huslia with the fused leg.

Attla, who suffered from tuberculosis as a boy, spent much of his childhood in the hospital, where they straightened and fused his knee. He refused to let that keep him from racing competitively, instead turning it into his trademark.

He was born to Eliza and George Attla Sr. on Aug. 8, 1933, in Koyukuk, a small village near the confluence of the Yukon and Koyukuk rivers. He grew up several miles outside the village of Huslia, about 85 miles upriver from Koyukuk.

He grew up around dog mushing, though he didn't make his debut in competitive racing outside of Huslia until the late 1950s. In 1958, he raced in his first Fur Rondy, using the same dog team with which fellow Huslia resident Bergman Sam had won the race.

Attla replicated that success, becoming the third Huslia racer to win the Fur Rondy. He returned to Huslia feeling the joy of success, but was brought back down to earth by the great racer Bobby Vint, who told him if he really wanted to prove himself he would have to win a race with dogs he had trained himself.

That comment stuck with him, driving him to train his own dogs and to reach new heights of sprint racing. When he won the Fur Rondy again in 1962, this time with his own team, Vint conceded, "By God, you're a dog man."

Throughout his life, Attla faced down numerous setbacks to his health, always finding a way to get back on the sled. He had open heart surgery in 2008, and he had hip replacement surgery in 2009.

Attla's historically long mushing career spanned a period of more than six decades. He continued mushing as late as the 2014 Arctic Winter Games last spring, running the course used for the Fairbanks competition.

Several weeks ago, however, an illness finally caught up with him. Attla began feeling weak during his final days in Huslia.

He traveled from Huslia to Fairbanks receive medical care before being transferred to Anchorage at the end of February, according to his family. About a week and a half later, doctors diagnosed Attla with lymphoma of the bone marrow.

“It (happened) really quickly,” said his grandniece Angela Gonzalez. “They pretty much told us it was terminal.”

Gonzalez said the family plans to transport Attla’s body to Fairbanks, where they will host a service at 11 a.m. Tuesday at the Chief David Salmon Tribal Hall. After that the family will bring Attla’s body home to Huslia on Thursday, where there will be singing and dancing before his burial on Thursday.

“He was our loving father, brother, grandfather and friend to many. Even in his later years, he had a lot of energy and cherished the times spent with his family and friends,” Gonzalez wrote. “We thank everyone who visited the hospital, called and sent messages and shared stories, food and uplifted the family. While we are deeply saddened by his loss, we will celebrate his life with a traditional Athabascan memorial and burial.”