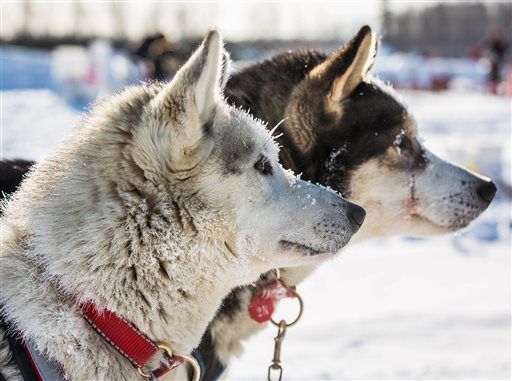 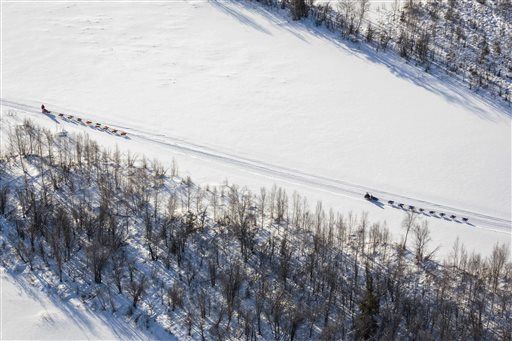 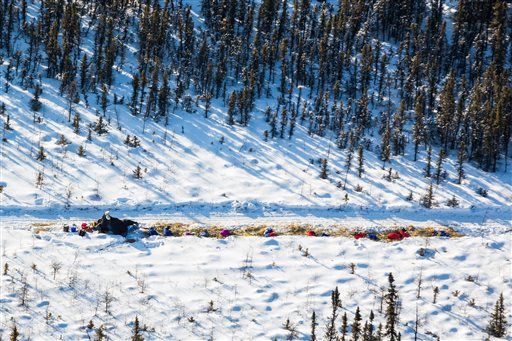 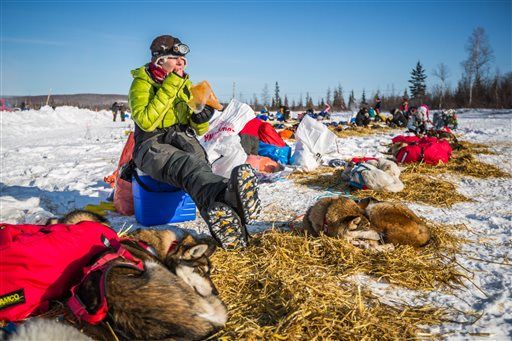 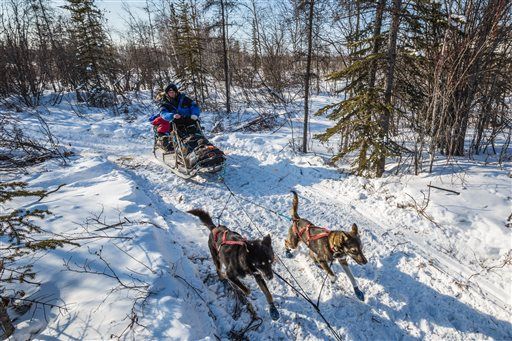 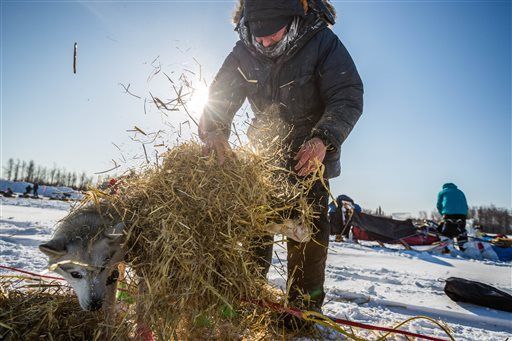 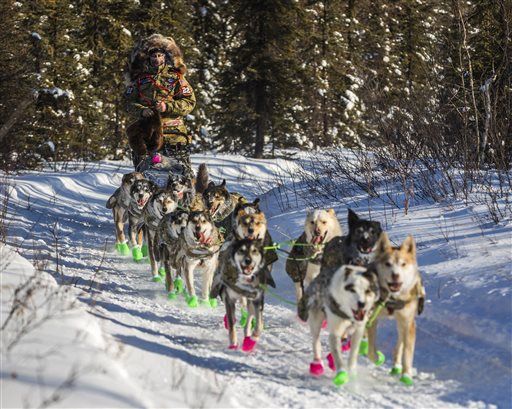 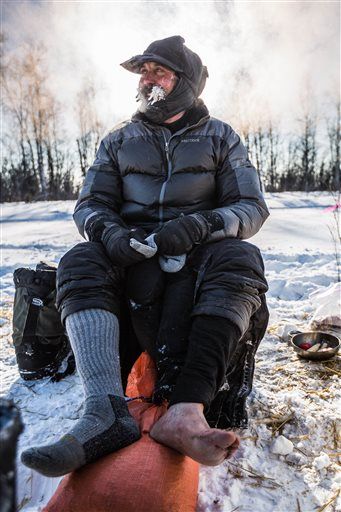 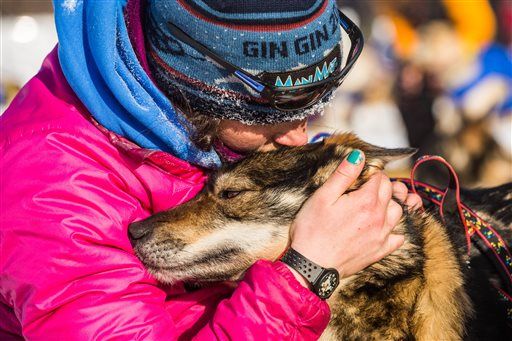 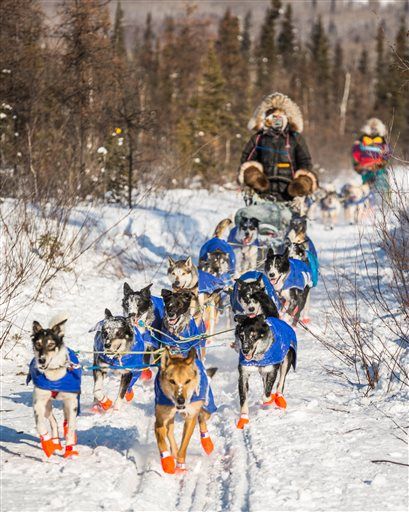 Musher Aliy Zirkle, who finished in second place the past three races, was the first to leave the checkpoint at Tanana, 227 miles into the race.

The Two Rivers musher left the checkpoint at 10:17 p.m. Tuesday for the 119-mile run to the next checkpoint at Ruby. She was followed eight minutes later by veteran musher Aaron Burmeister of Nome.

Third out of Tanana was four-time Iditarod champion Martin Buser, who left at 11:15 p.m. Tuesday. Buser has taken one of his mandatory rest stops.

A field of 78 mushers began the trek Monday from Fairbanks to the old gold-rush town of Nome. Seventy-seven teams remain in the race.

The race usually kicks off in Willow, but a lack of snow led organizers to move the start farther north.