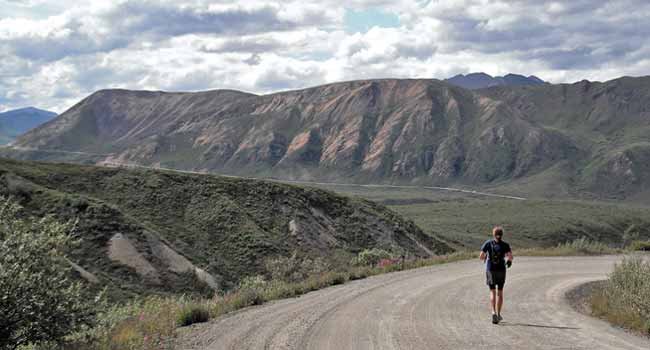 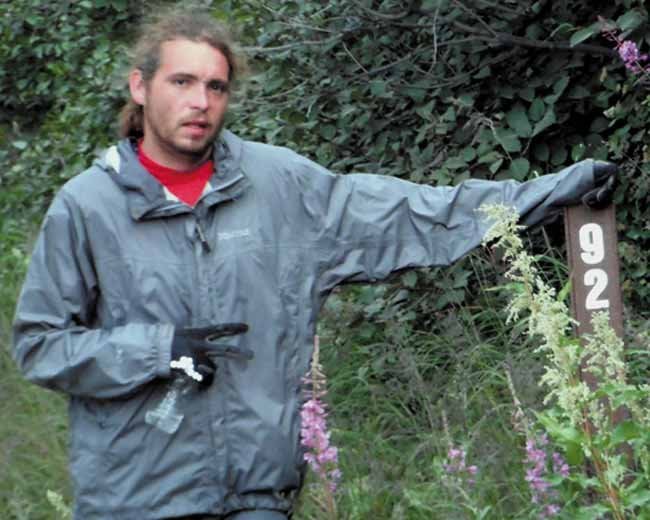 FAIRBANKS — Bill VonderMehden would have crawled the last 40 miles of Denali Park Road if he had to. Fortunately, he was still able to hobble, so that wasn’t necessary.

VonderMehden last week became what is believed to be the first person ever to run the entire 92-mile road through Denali National Park and Preserve in one shot.

It took VonderMehden 25 hours and 20 minutes to complete the run, which was officially measured at 92.4 miles. He averaged just under 16 1/2-minute miles.

“Things were going great for the first 40 miles and then the hip flexor on my right leg tightened, which led to my quadricep locking up on me,” said VonderMehden, who was hoping to break 20 hours. “Basically I had to drag myself for 40 miles on one good leg.”

But after running 72 miles of the road last year before quitting because of a sore ankle he injured a few days before during a training run on Mount Healy, there was no way VonderMehden was going to stop. Quitting would have been more painful than finishing, he said.

“I told myself I’d rather be dead on this road than not make it,” VonderMehden said. “It was painful not to finish it last year.”

The 34-year-old VonderMehden, a seasonal employee at McKinley Creekside Cabins in Denali Park the past three years, came up with the idea of running the entire park road last year.

“I’ve been a runner my whole life,” he said. “I fell in love with the park when I came up here three years ago, and I started wondering if anyone had ever run the (park road).”

VonderMehden spoke to park rangers and other park personnel and found no record of anybody running the entire road. Park spokeswoman Kris Fister said the park service doesn’t keep track of such information because a permit is not required for someone to walk or run on the road.

The week before his run, Vondermehden ran 50 miles of the road as a sort of shakedown. That run took him 10 hours.

“That told me if I was going to be able to make it,” he said.

Accompanied only by cyclist Dylan Luehm, VonderMehden began his run at 6 a.m. on July 21 from the end of the road in Kantishna and ran out to the park entrance.

“It was a beautiful day,” VonderMehden said. “The mountain was out for the first 30 or 40 miles. We saw a lot of bears, sheep, moose and foxes.”

His run featured a game of chicken with a caribou coming down Sable Pass — the caribou veered off the road at the last second as VonderMehden was yelling and waving his arms — and a close but uneventful encounter with a bear when he and Luehm stopped for a short break on the bank of the East Fork of the Toklat River.

“We were sitting down next to some rocks; I was taking rocks out of my shoes and getting some water,” he said. “A bus pulled up and stopped on the bridge.

“Dylan said, ‘I wonder what they’re looking at’ and I said, ‘It’s probably a bear walking up on us,’” VonderMehden said.

Sure enough, when Leuhm stood up and looked down over the bank, there was a grizzly bear directly below them walking up the creek, though it never actually saw them or got close enough to cause them concern.

Though he didn’t need a special permit or permission to run the road, VonderMehden made a point of telling park rangers and other park officials what he was doing. Bus drivers hauling tourists along the road periodically checked on him to make sure everything was going OK, he said.

VonderMehden didn’t eat any food during his run, relying instead on an energy powder mix called perpetuem that he mixed with water and drank every 20 minutes.

“I had no stomach issues,” he said.

Other than a sore hip flexor and quadricep, the only other injuries VonderMehden suffered were a few “giant” blisters.

“After I got some sleep and food I felt great,” he said on Monday, three days after completing the run. “My legs are still recovering but I’m feeling pretty good about things.”

Of course, Alaska being Alaska, it’s just a matter of time before someone tries to one up VonderMehden and do it faster than he did.

Until then, however, he’s earned the title of Denali Road Runner.

Spine care for the Alaskan

People frequently ask me, “What can I do to improve my back/spine health?” Some people are looking to alleviate pain, while others are looking…

The Fairbanks Daily News-Miner is

We are now accepting