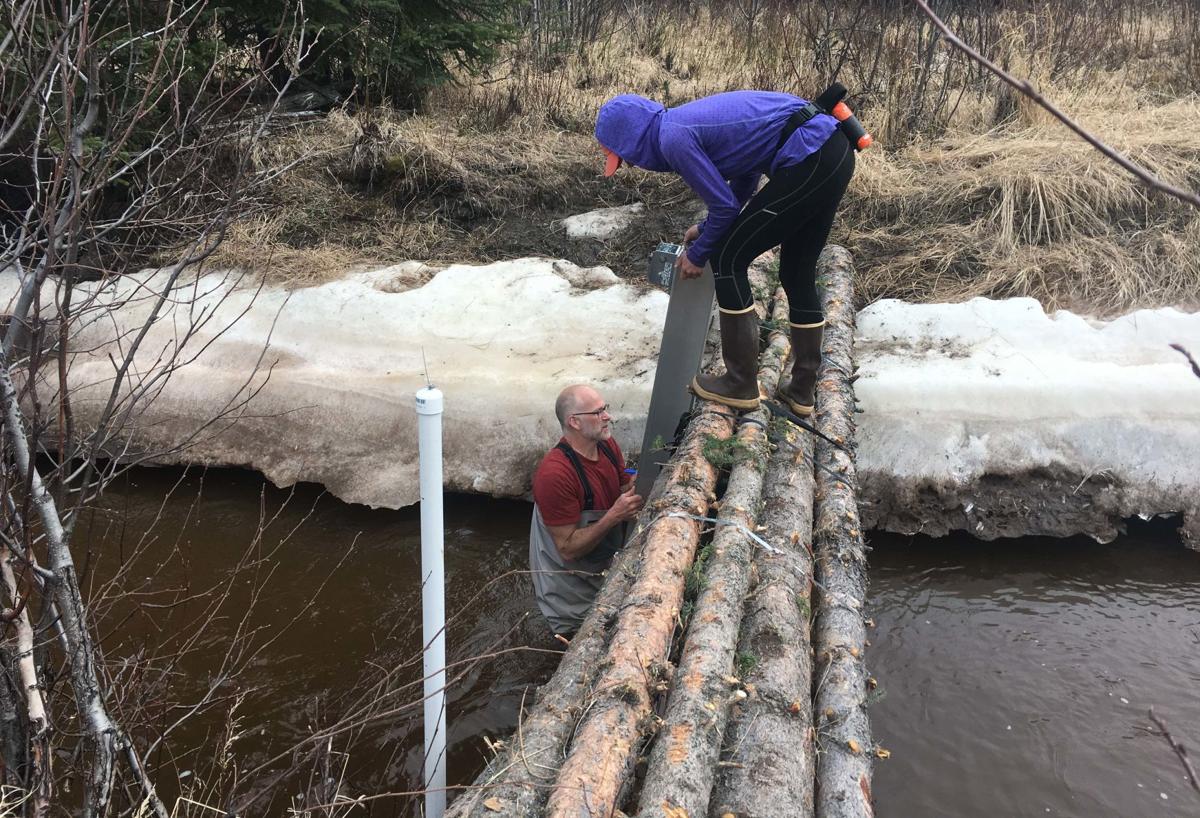 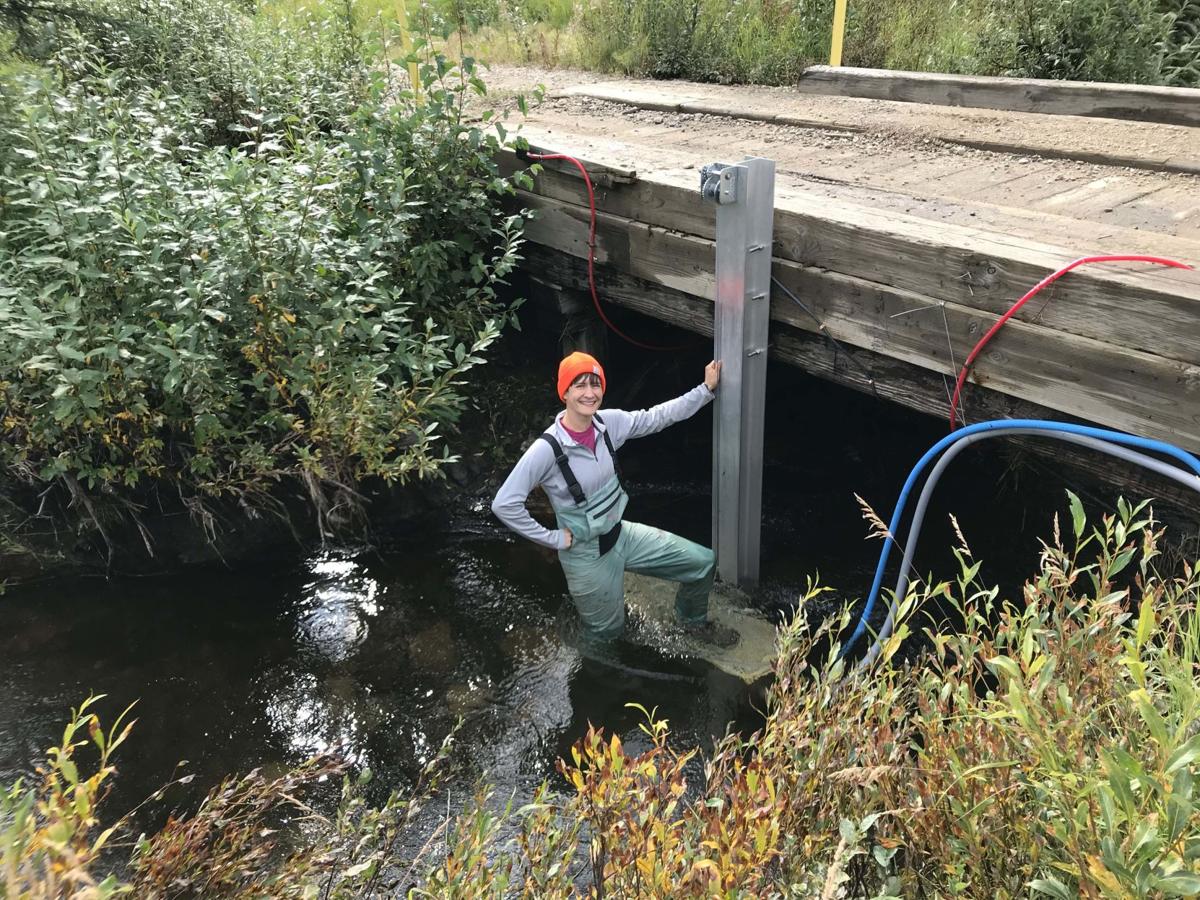 Researcher Alex Webster monitors stream chemistry in Poker Creek. The design of the sensors allows scientists to monitor stream chemistry even during very large storms, and helps provide new insights on the effects of extreme precipitation events on boreal ecosystems.

Researcher Alex Webster monitors stream chemistry in Poker Creek. The design of the sensors allows scientists to monitor stream chemistry even during very large storms, and helps provide new insights on the effects of extreme precipitation events on boreal ecosystems.

University of Alaska Fairbanks scientists are developing a new method to predict ecosystem change in Interior Alaska, and their techniques could prove useful elsewhere in the world.

“We’re pretty good, as ecosystem ecologists, at using stream chemistry to tell us about the state of the ecosystem, like what’s going on right then,” said Alex Webster, co-author of the study and postdoctoral scholar at the Institute of Arctic Biology. “But what we’re trying to do, to innovate on that, is actually use it to predict change that is coming.”

The research focuses on 12 watersheds in permafrost-prone regions of Interior Alaska. Six watersheds are monitored for the presence of nitrates and dissolved organic carbon, the proportions and patterns of which change as permafrost melts away.

During events such as storms, watersheds containing degrading permafrost flush large amounts of nitrate from their soils into nearby streams. Areas without permafrost do not show the same pattern. Over time, Webster said, changes in the pattern could indicate that a watershed is reaching a “no-permafrost” state.

“No one’s really established that as a signal of permafrost degradation before,” she said.

The patterns could signal a large ecosystem change, which could have cascading influences on everything from plant and animal life to drinking water quality. These changes can also have dramatic impacts on infrastructure, such as roads, buildings and septic tanks. Such shifts also contribute to changing wildfire patterns.

Identifying the signals of impending ecosystem changes is key to mitigating those changes, especially if they are human-caused.

The Department of Defense is funding the study, the first of its kind in Interior Alaska. Military lands and bases in Alaska serve as cold weather and mountain warfare training areas, valuable because they can simulate conditions that troops may encounter elsewhere. The study will help the department adapt its land management practices in response to changing environmental conditions.

“Right now we are figuring out what patterns we need to monitor and what different stream chemistry patterns indicate,” said Webster. “If it’s reaching a tipping point, we may be able to back off and let it stabilize.”

The study helps understand the effects that ecosystem shifts can have on everything from food webs to infrastructure. It also could offer a way to forecast those changes.

“If we succeed with this project, we’re going to provide a framework for people to apply this, so they can use stream chemistry to monitor ecosystem change in many systems,” Webster said. “It could potentially be a very powerful tool to deal with a changing world.”

Tanya Clayton is a public information officer at UAF’s College of Natural Science and Mathematics. She can be reached at 474-7541.