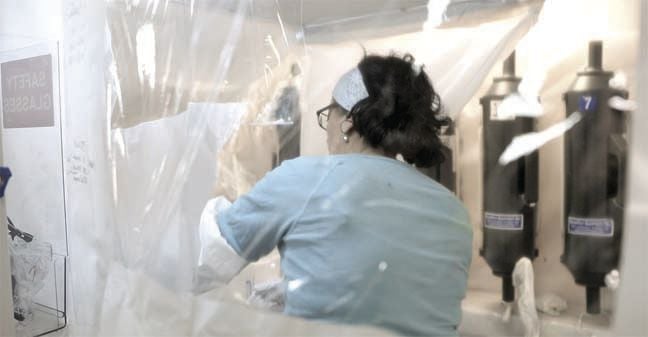 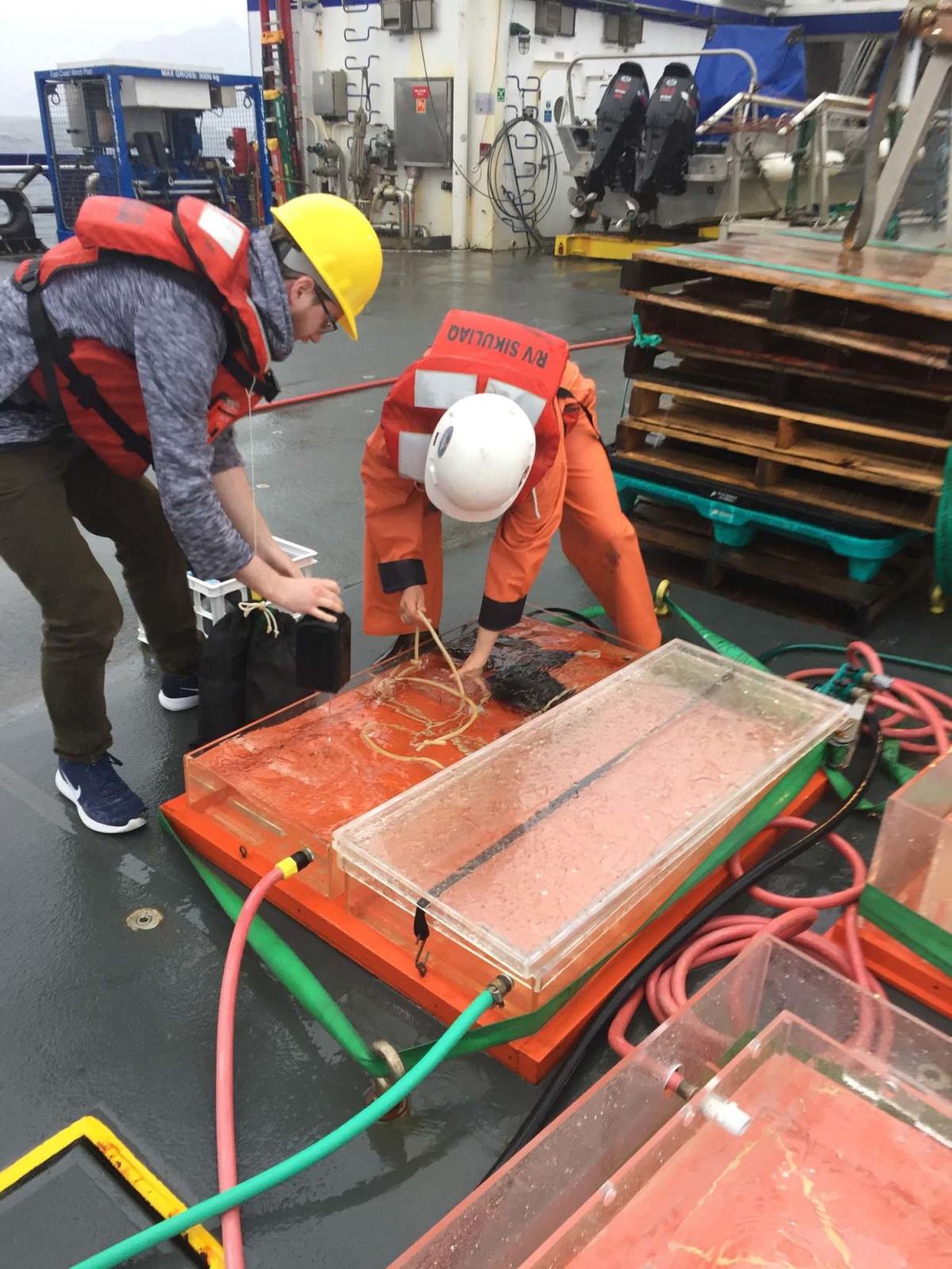 Editor’s note: For 20 years, researchers from the University of Alaska Fairbanks College of Fisheries and Ocean Sciences and collaborators have gathered data along the Seward Line, a set of oceanographic survey stations in the Northern Gulf of Alaska. Their goal has been to better understand processes that support the region’s thriving fish, crab, seabird and marine mammal populations. In May 2018, the first expedition of the newly funded Northern Gulf of Alaska Long-term Ecological Research program revolutionized data collection in the Gulf of Alaska by increasing the space and workforce available to conduct complex experiments at sea. The NGA LTER, funded by the National Science Foundation, used the research vessel Sikuliaq to dig deeper into processes that influence Gulf of Alaska food webs and environmental variability. This is the third story in a four-part series highlighting the main research groups that participated in the May 2018 expedition.

During the LTER cruise, CFOS chemical oceanographer Ana Aguilar-Islas was often found tucked away in the contaminant-free clean-lab she constructed for her team on Sikuliaq.

Aguilar-Islas measures quantities of iron in collected water samples. Any possible metal that could interact with her samples — from the bottom of the ship to various equipment used for sampling and analysis — could contaminate her data.

It took hours to clean and construct the lab to make sure incoming equipment wasn’t contaminated with iron, which is everywhere, in every dust particle. And since science equipment is often made from metals, Aguilar-Islas has a whole collection of “metal-clean” equipment, including her own conductivity, temperature and depth instrument with coatings and modifications that keep her samples free of contamination.

While Aguilar-Islas always sets up a small clean-lab on cruises, the ability to bring her own specialized clean sampling instruments onto Sikuliaq dramatically increased the amount of water she could collect on the ship. And that increased her ability to do complex experiments onboard.

For phytoplankton, nitrates and phosphates are important macronutrients, and iron is a critical micronutrient. Iron tends to come from land and flow into the ocean through rivers and other freshwater bodies. On the LTER expedition, Aguilar-Islas’ team took samples to measure what kind of iron is being introduced to the Gulf of Alaska from different terrestrial sources and how this impacts primary production, which is the ability of phytoplankton to grow.

“The size of the source of iron, and how reactive it is, can make a big difference in how available it is to plants and animals,” Aguilar-Islas said.

Aguilar-Islas and Western Washington University’s Suzanne Strom were even able to set up an onboard incubation experiment to study how iron availability affects plankton growth, a process that would not have been possible on a smaller research vessel.

This was an incredibly labor intensive process, Strom explained.

“After tens of hours of water collection, the two of us spent most of a day staggering around Ana’s trace metal-clean bubble with giant water carboys,” Strom said. “It was a challenge to create different mixtures and fill the incubation bottles without introducing contamination or letting the seawater get warm enough to kill the plankton.”

The researchers kept the plankton samples for four days in Plexiglas incubators on Sikuliaq’s deck that were constantly kept cool with an inflow of new seawater. Aguilar-Islas and Strom took regular samples to measure what kinds of plankton communities grew during the course of the experiment.

Researchers know that the amount of macronutrients available to a system influences the kinds of plankton that thrive. When nutrients are plentiful, larger phytoplankton like diatoms tend to be more dominant. These heavier organisms can also travel farther along ocean currents, or sink deeper once they die, contributing to greater nutrient flow between regions of the ocean. When nutrients are low, smaller and lighter phytoplankton tend to be more fit. In these circumstances nutrients in the system tend to get recycled in one region like air on an airplane.

Now that Aguilar-Islas is back on land, the process has just begun for her team. They will analyze samples to measure nitrates and all different kinds of iron. When she has some preliminary results from this work, she’ll also work with the expedition’s modelers to see how her measurements can help improve system models that predict how nutrients are moving around the Gulf of Alaska.

Lauren Frisch is a public information officer and Sikuliaq Science Liaison for the College of Fisheries and Ocean Sciences at the University of Alaska Fairbanks. The next story in this series will focus on single-celled organisms that can feed as both plants and animals.