Sockeye salmon make their way through Pick Creek in the Bristol Bay region. 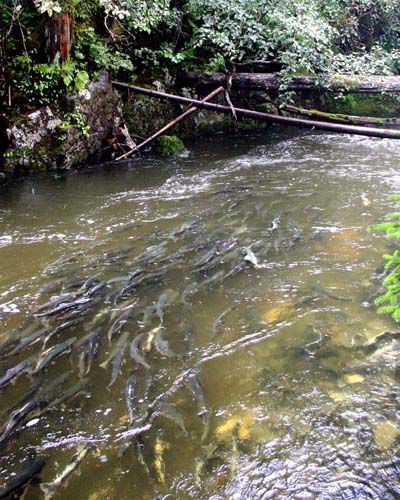 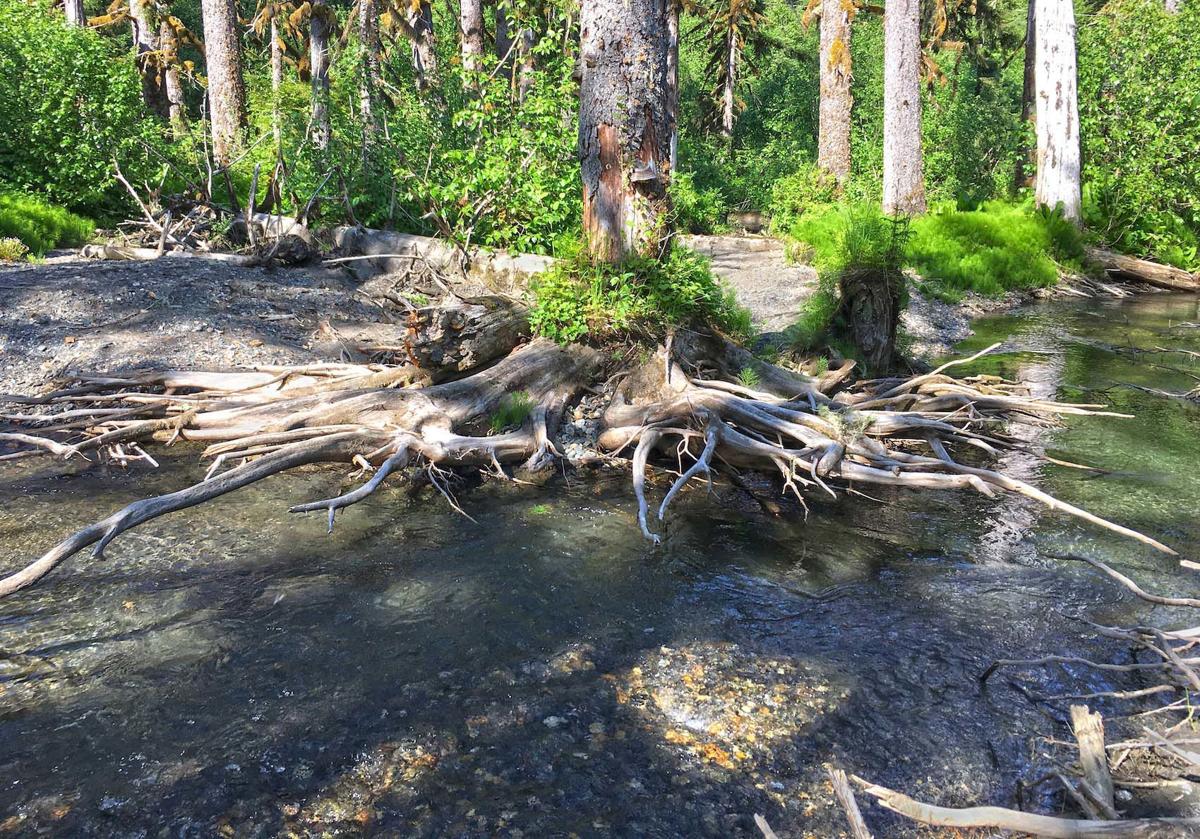 Kaxdigoowu Héen (Montana Creek) near Juneau is seen during a period of low flow.

Sockeye salmon make their way through Pick Creek in the Bristol Bay region.

Kaxdigoowu Héen (Montana Creek) near Juneau is seen during a period of low flow.

Three new research tools will help scientists and the public better understand the effects of climate change on freshwater fish.

A searchable database of research papers, a stream classification tool, and a salmon life cycle model, funded by agencies and public dollars, will all be accessible online.

“Freshwater aquatic ecosystem data are relatively scarce in Alaska compared to the Lower 48, and these systems are rapidly changing,” said Jeff Falke, an associate professor of fisheries at the University of Alaska Fairbanks College of Fisheries and Ocean Sciences who helped develop the resources. Falke is a research fisheries biologist with the U.S. Geological Survey and Unit Leader of the Alaska Cooperative Fish and Wildlife Research Unit.

As extreme events like droughts and flooding occur more frequently, scientists are working to better understand how freshwater systems are responding to those changes. Fish in those systems are vulnerable because they may not be able to relocate if environmental conditions become unfavorable.

A salmon life cycle model — which is still being refined — will help predict how salmon populations may fare as freshwater ecosystems change.

The model is geared for the thousands of smaller systems in southern coastal Alaska, rather than large braided rivers with multiple channels and tributaries. It is not meant to provide definitive answers.

“We want to create a user-friendly interface to create conversations about how climate change might impact salmon populations,” said Chris Sergeant, a Ph.D. student who developed the tool in collaboration with Falke and scientists at the U.S. Forest Service.

The model is based on field observations of stream temperature and flow, and it can be updated as more data are collected in the future.

Rebecca Bellmore of the Southeast Alaska Watershed Coalition is coordinating outreach for the salmon life cycle model. She plans to teach people how to use the model and is coordinating a community-based stream monitoring network.

“The plan is for people to be able to feed their stream temperature data into the life-cycle model to explore potential climate impacts on salmon in their local streams,” she explained.

The salmon life cycle model will be published online for scientists and the general public within the next year. The project is supported in part by Alaska Sea Grant.

Understanding the role of stream flow

Researchers created a catalogue of streamflow patterns among 4,140 coastal streams to assess changes in streamflow over time and their impact to humans and other organisms that depend on freshwater. Figure from Sergeant et al. 2020, Water Resources Research.

Sergeant and collaborators used 35 years of modeled runoff data to categorize more than 4,000 freshwater rivers and streams that flow into the Gulf of Alaska. The streamflow classification tool is available to the public on the web as the Hydrologic Classification of Gulf of Alaska Watersheds.

Water volume and the timing of high and low water levels affects water temperature, nutrient availability, fish and wildlife populations, and even insects and algae at the base of the food web. Alaskans along the coast depend on reliable streamflow for hydroelectric power, drinking water, and healthy salmon populations.

“Streamflow is the master variable that controls everything in a river’s ecosystem, from the icefields to the ocean,” said Sergeant.

Monitoring changes in streamflow patterns in Alaska is important for making land use and fisheries management decisions, but it has been impossible to collect data for many systems along the Gulf of Alaska because the region is immense — roughly the size of California.

Scientists are especially concerned about this lack of data because things are changing.

“The air is warming up, we are getting less snowfall, and glaciers are retreating. Reservoirs are drying up in a rainforest,” said Sergeant, who lives in Juneau. “Cycles of flooding and drought, along with the associated changes to water temperature, can have a huge impact on freshwater salmon survival.” Floods move rocks downriver that crush salmon eggs, and adults migrating upriver to spawn suffocate from lack of oxygen when there isn’t enough water and it is too warm.

This streamflow classification tool is the first comprehensive description of streamflow patterns for southern coastal Alaska, which will help users assess ecological questions and plan monitoring programs. Connecting observations from one watershed to another can help provide a broader understanding of what is happening now and assist in predictions for the future.

A paper by Sergeant, Falke and others, published in the journal Water Resources Research, describes the tool. Alaska Sea Grant is supporting this project as well as the life-cycle model.

A new database on climate change

A third resource in the new toolkit is a database of scientific literature on the documented and projected effects of climate change on freshwater fish species. The Fish and Climate Change Database, or FiCli, was developed by Jeff Falke and other researchers from the United States and Canada and was funded by the U.S. Geological Survey Climate Adaptation Science Center.

The researchers reviewed thousands of scientific papers on documented and projected effects of climate change on freshwater fish species. They broke the studies down into different categories to find common trends. The results for North America were synthesized in a paper published in a special climate change edition of the journal Fisheries, and globally in the journal Reviews in Fish Biology and Fisheries.

The column on the left allows for queries based on fish species, country, habitat type, climate change variable, documented or projected effects of climate change, and whether the response was positive or negative. Click image to see larger version.

After all of that work, the researchers decided to save a database of 232 of the most important papers for others to use. The FiCli database will continue to grow as new literature is added, and is available online for general use. The journal Scientific Data published a description of the tool.

Falke hopes the database can be a resource for fisheries management, offering different recommendations for how to adapt. The database may show the tradeoffs of different actions and identify where there is still uncertainty or where more research is needed.

“To address these challenges, resource managers and the public can use tools such as these three we’ve developed to provide support for decision-making in the face of uncertainty,” he said. “Given that these tools are all funded by agencies and public dollars it makes a lot of sense to make sure that they are widely available.”

Alice Bailey is public information officer and R/V Sikuliaq science liaison for the University of Alaska Fairbanks’ College of Fisheries and Ocean Sciences. She can be reached at 474-5350.