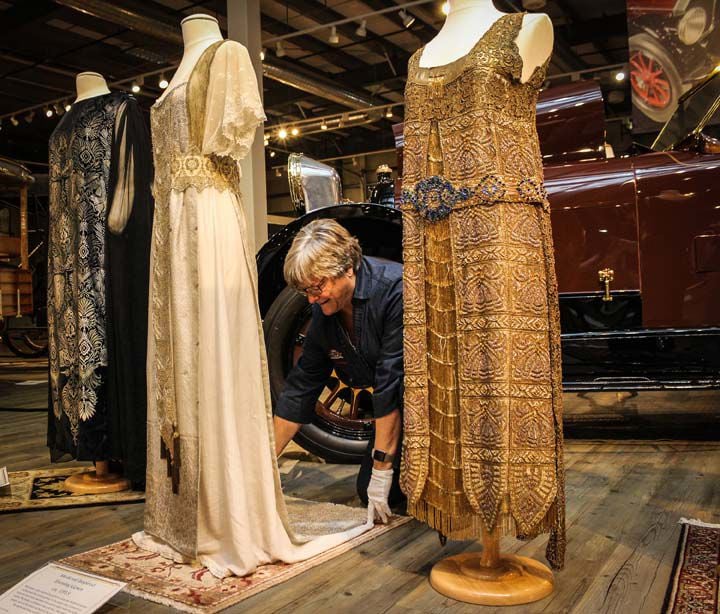 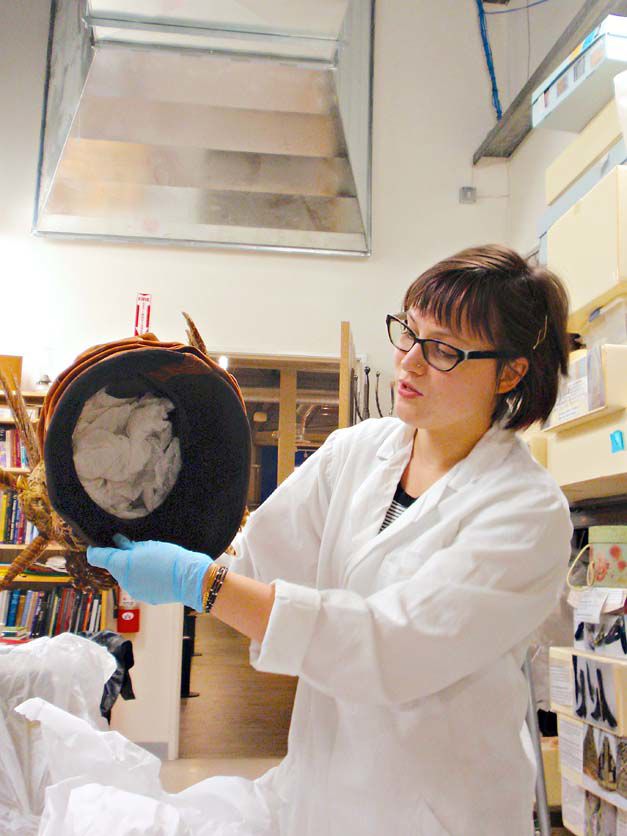 Erika Holshoe, a graduate student at the University of Rhode Island studying historical and cultural analysis of textiles and textile conservation, holds up a hat that was analyzed for the presence of mercury and arsenic. 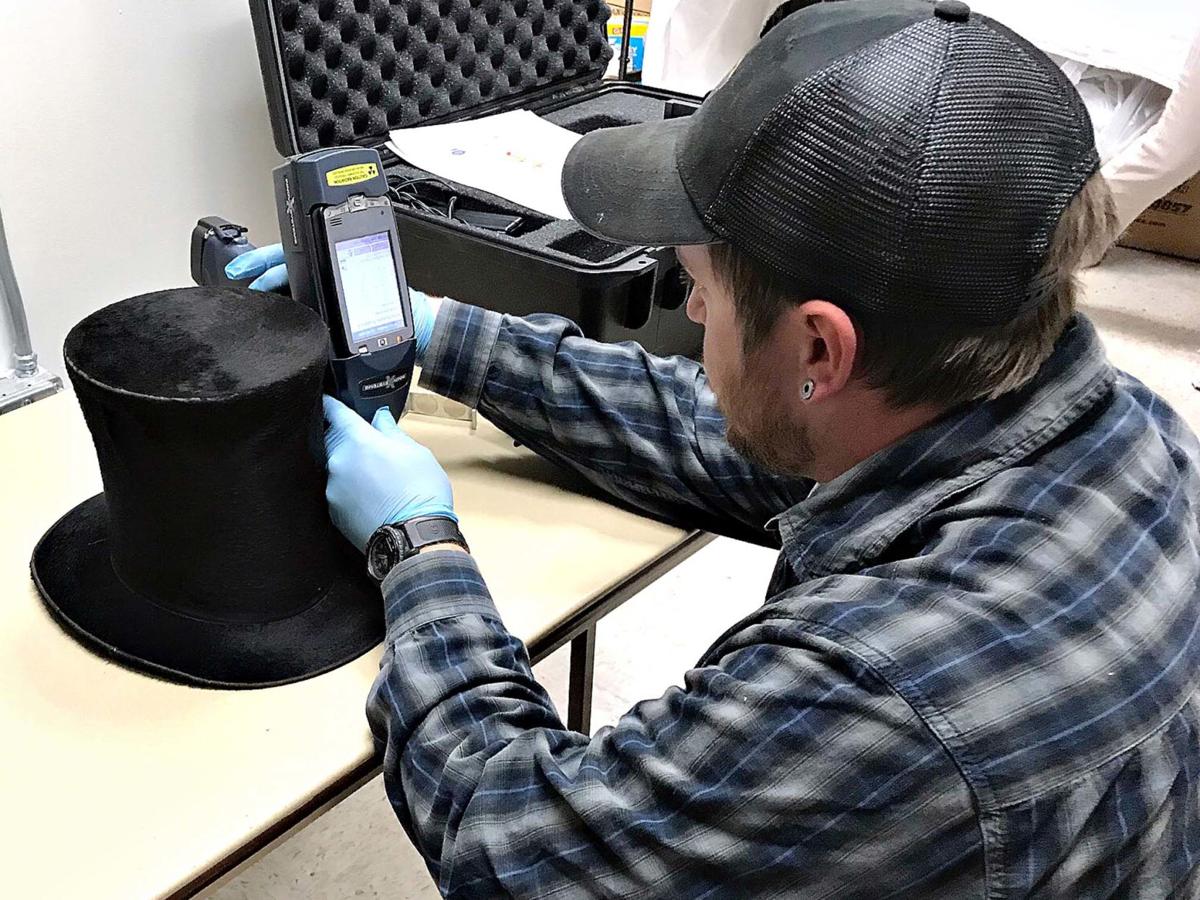 Erika Holshoe, a graduate student at the University of Rhode Island studying historical and cultural analysis of textiles and textile conservation, holds up a hat that was analyzed for the presence of mercury and arsenic.

When the owners of Fountainhead Antique Auto Museum decided to expand the museum’s historical clothing collection, they faced an unexpected dilemma.

Was the beautiful clothing slated for their newest exhibit also deadly?

Clothing from the 19th and early 20th century often contains dangerous toxins. Mercury was used in the felting of hats. Arsenic was often used in clothing dyes and in preservation methods. Many of the new displays at the auto museum included clothing from that era.

“We want to maintain a handling protocol that protects both those handling the clothing and the clothing itself,” museum owner Barb Cerny said.

Cerny and her team looked to the University of Alaska Fairbanks’ Advanced Instrumentation Lab for help. The lab, housed in the basement of the Reichardt Building on the Fairbanks campus, has a suite of instruments that can do everything from photographing the faces of insects to determining the precise integrity of building materials.

Cerny hoped the lab could find out whether the historical clothing contained arsenic and mercury, while avoiding damage to the irreplaceable textiles.

In order to avoid damaging the artifacts by transporting them to the lab, graduate student Nate Graham and student assistant Kelly McCartney brought a portable X-ray fluorescence spectrometer to the museum to perform the tests. The instrument uses X-rays to identify the elements or chemicals in a sample.

“They wanted a nondestructive way to determine whether or not these toxins were present,” Graham said.

To ensure the tests wouldn’t harm the artifacts, McCartney went to thrift stores and bought a variety of garments in different fabrics to use as test subjects. Once they were sure the testing didn’t damage the fabrics, they analyzed the historical clothing: a half-dozen hats and four dresses.

“A few of the hats that we analyzed did have detectable mercury,” Graham said. Hats that had birds attached to them also contained arsenic, which was commonly used in the taxidermy process. The dresses were free of both toxins.

With that knowledge, the museum was able to create displays that allowed visitors to look at, but not touch, the clothing and hats. It also established handling practices that ensured safety for employees.

One of the Advanced Instrumentation Lab’s strengths is the ability to solve puzzles like the one at the auto museum. Unlike many commercial laboratories, AIL can develop a custom approach, especially when it comes to elemental analysis. This is a boon to small-scale projects.

“Because AIL is research-based, it’s possible to employ specialized methods already in use, or to step back and develop a new method,” Graham said. “Many commercial labs are set up to do mass analysis of samples and data instead, in order to remain cost effective.”

Tanya Clayton is a public information officer at UAF’s College of Natural Science and Mathematics. She can be reached at 907-474-7541 or tfclayton@alaska.edu. The garments on display at the museum are safe to view.