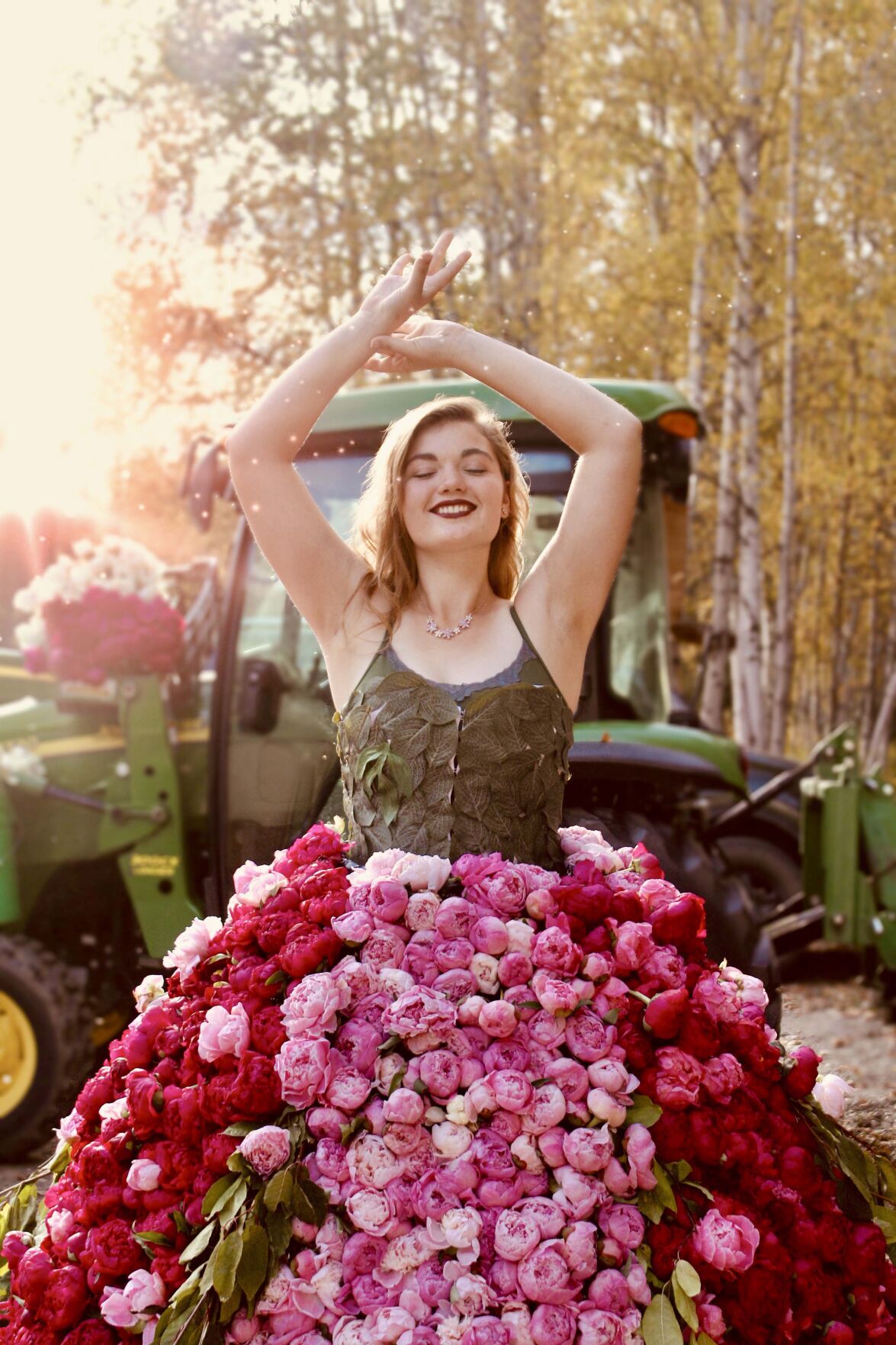 Portraits, birds, and the creativity of life all play into Claire Granger's photography and art. Here, Kendra Underwood models a peony dress at Northern Lights Peonies, where Granger has worked. 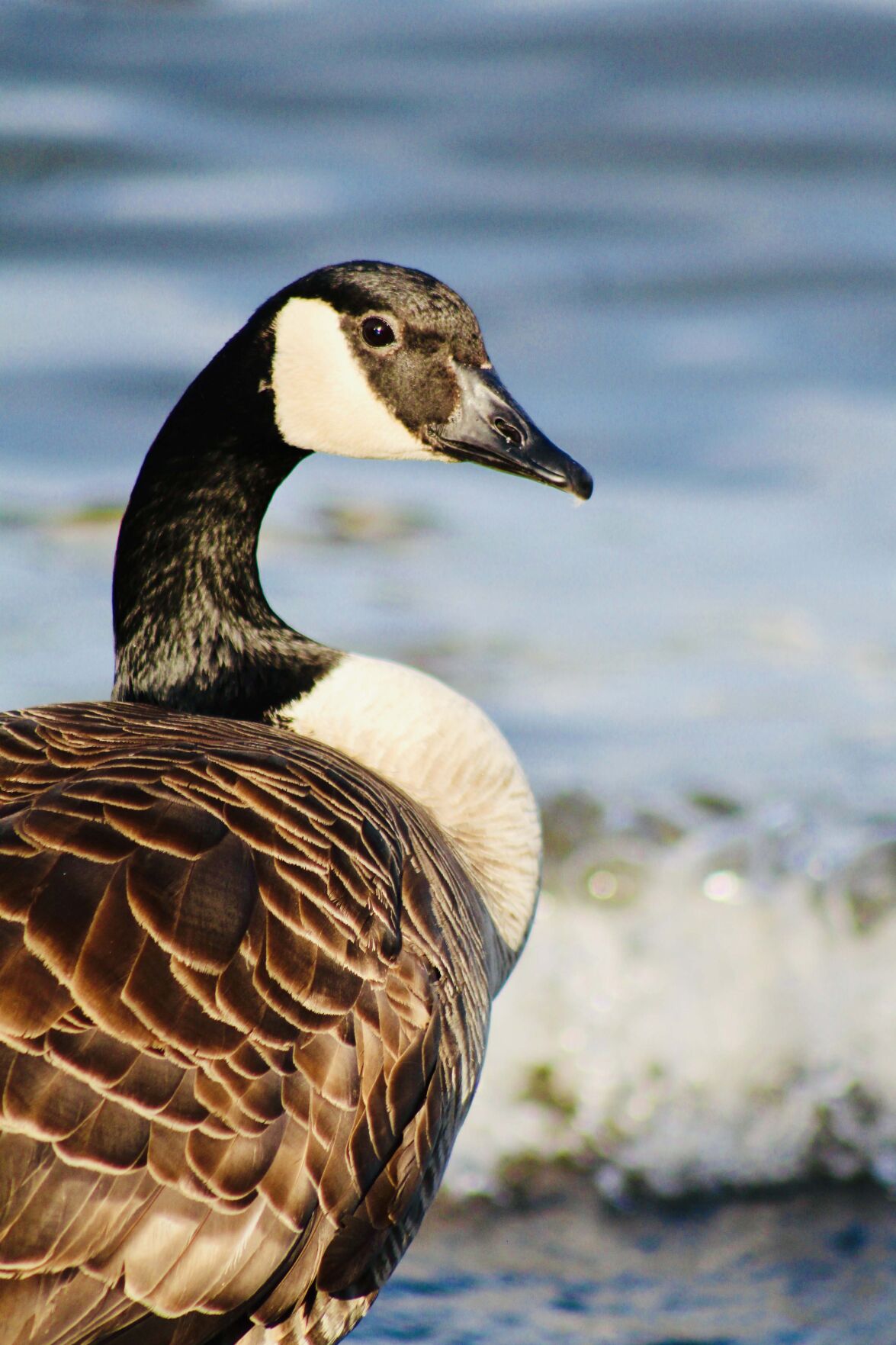 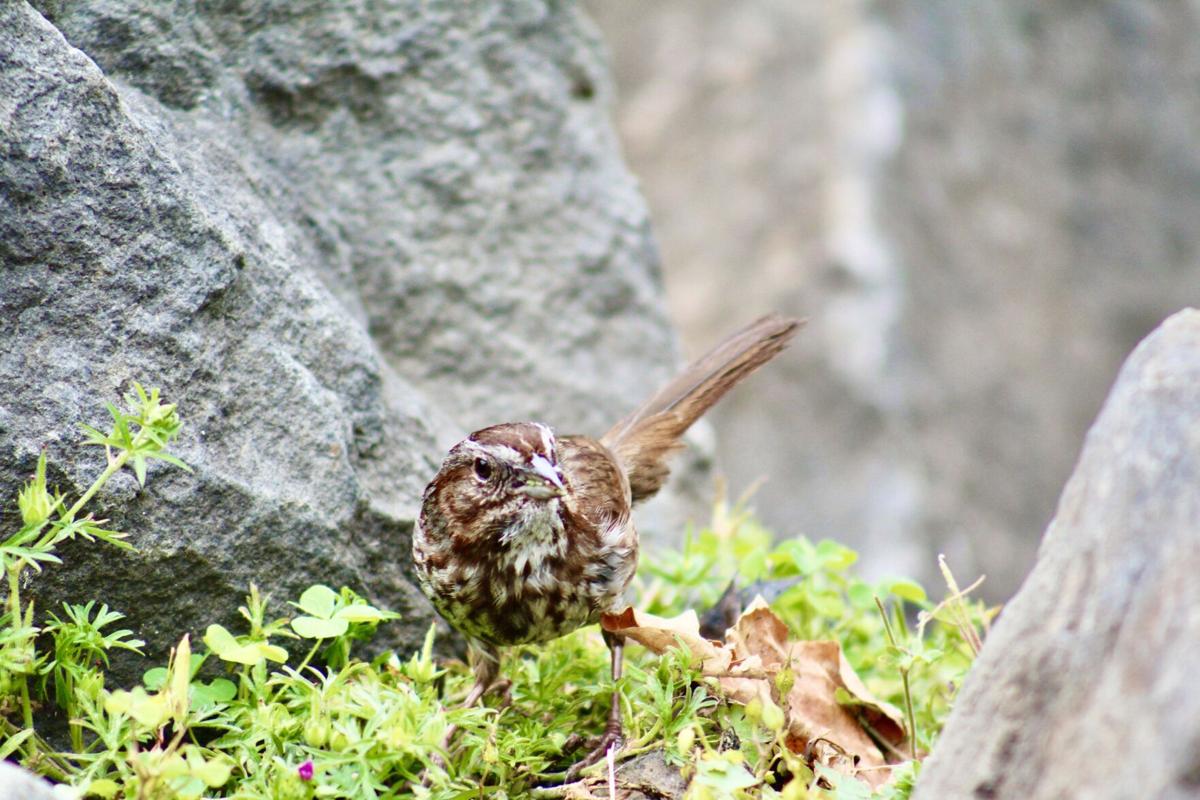 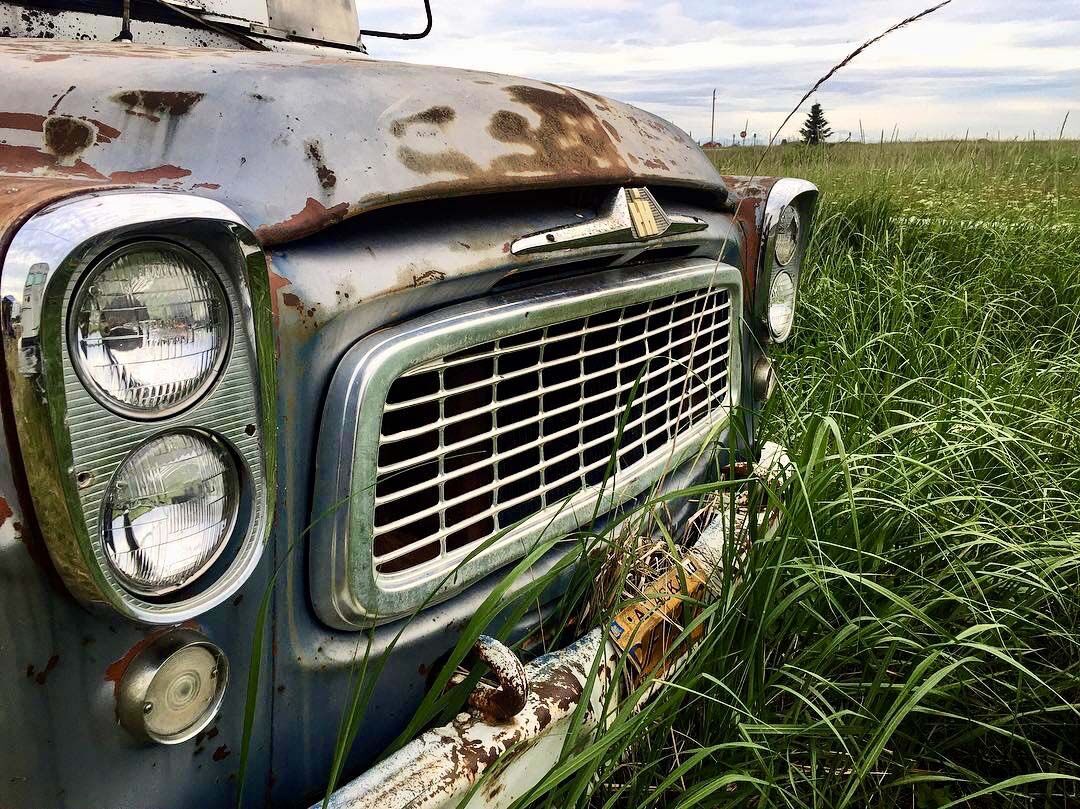 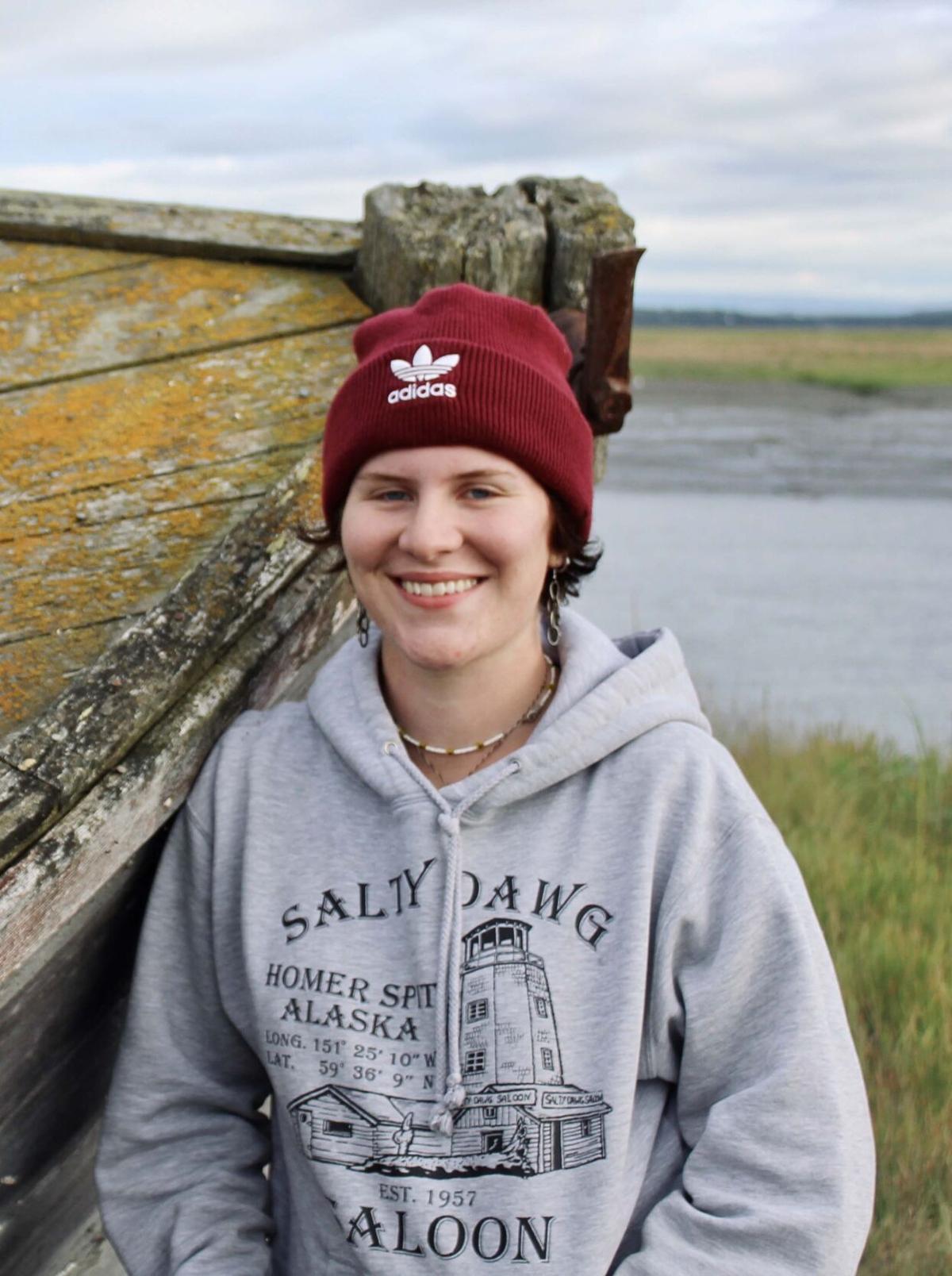 The artist and photographer, Claire Granger.

Portraits, birds, and the creativity of life all play into Claire Granger's photography and art. Here, Kendra Underwood models a peony dress at Northern Lights Peonies, where Granger has worked.

The artist and photographer, Claire Granger.

“I always joke that when I was growing up, animals in general and especially birds were my first friends,” Claire Granger said, explaining why avian images are so predominant in her photography. “It’s an ongoing theme of being around birds my whole life. That’s come across in my photography because I absolutely love them. I think they’re the coolest and also the cutest animals out there.”

Birds feature heavily in Granger’s lively Instagram feed, but they’re only a part of a collection that also includes landscapes, portraits of friends, scenes from her family’s commercial fishing operation, urban photos from Portland, where she attends college, as well as a trip to Europe, stark vistas from Iceland, and much more. It’s a broad reaching collection for a 19-year-old photographer and cartoonist born and raised in Fairbanks, but hardly limited to it.

Granger’s interest in photography dates to early childhood. “Like many people in this time, I started by taking photos on a little iPod Touch, which is definitely not quality, but it satisfied my middle school self,” she recalled. But she soon sought something better. In eighth grade she bought a Canon T5 and some equipment, including a zoom lens. “It kind of took off from there.”

Her interests were both encouraged by her family and fueled by their activities. She grew up helping with her family’s fishing operation in summers out of Kasilof, and has always been drawn to that gritty lifestyle.

“I’ve always said that the grungy fishing gear aesthetic is my aesthetic. I love old dirty fishing boats and rusty fishing boats, and everything related to commercial fishing,” she said. “It’s so much more interesting to look at for me than yachts.”

Granger went on to note that her love for fishing is a contradiction to her lifelong aversion toward causing harm to living creatures. “I’m vegan but I fish, which is kind of ironic. I always say I enjoy every part of fishing except the killing the fish part. I love going out in the boat. I love pulling the nets and setting the nets and saltwater spray.”

While she was in high school, Granger’s family traveled to Europe, where the historic cities and architecture drew her attention and she discovered a love for the man-made canyons and byways of urban locales that parallels her fascination with open landscapes. It’s a passion she’s continued to explore in Oregon, where she recently finished her freshman year at Portland State University.

“I love all of the simple rectangles,” she said. “I like standing in the middle of a road and taking a picture from the center of a road with tall buildings on each side. It’s really cool to me.”

Granger entered college as a history major, although she has shifted to arts and letters, a degree she said is specific to Portland State. “It’s basically a fancy name for all of the humanities. ‘Undecided but doesn’t like math’ is how I refer to it.”

Upon arriving in Portland she found a connection to Alaska, however. Canada geese that visit Fairbanks in summer are found in winter along the city’s shoreline. “I’d go down there and hang out and take photos of them but not bother them. Because I don’t want to get into their personal space. But I think because I went down there so much they ended up recognizing me or got used to me.”

She continued, “The last time I went down was kind of a gloomy day and I was hanging out because coronavirus made all my friends go home. I was really lonely, so I went to hang out with the geese because that’s always fun. I was sitting on a log and these geese were 10 feet away, just doing their thing.”

The sudden disruption of the pandemic impacted her photography as well as her cartooning, another interest. She employs simple line drawings with a blob person as the central character to channel her feelings in cartoons that are funny, sweet, poignant and instantly relatable, and which appear on her other Instagram page.

“I enjoy being able to express my thoughts through a really simple form,” she said. “I also think the way I have shared all of these momentary, kind of arbitrary thoughts, is relatable. Because the blob is just a blob and sometimes everyone feels like a blob.”

Granger said she acquired hundreds of new followers during the spring lockdown as people turned to the internet to escape the doldrums. “I definitely have COVID to thank for that because I think more people were sitting at home bored and feeling lonely.”

On her photo page, they could view the world, as well as portraits of her many friends, including senior pictures she had taken the previous year.

Some of the most joyous photos are of her friend Kendra Underwood modeling a peony dress at Northern Lights Peonies, where Granger has worked. The dress was designed as for an annual contest in Florists’ Review, a floral trade magazine, and placed in the top five entries.

While her portrait work requires preparation, Granger said that with both photography and cartooning, spontaneity and happenstance are what usually results in something she likes.

“I think in my experience if I’m consciously looking for something, and I’m trying really hard to make a photo, it’s just not going to work for me. I think the harder I try to create things, the less it comes out like I want it to come out.” But, she concluded, “when I’m taking a walk, if I’m going to be somewhere where I know there will be birds, then I am consciously looking for birds.”