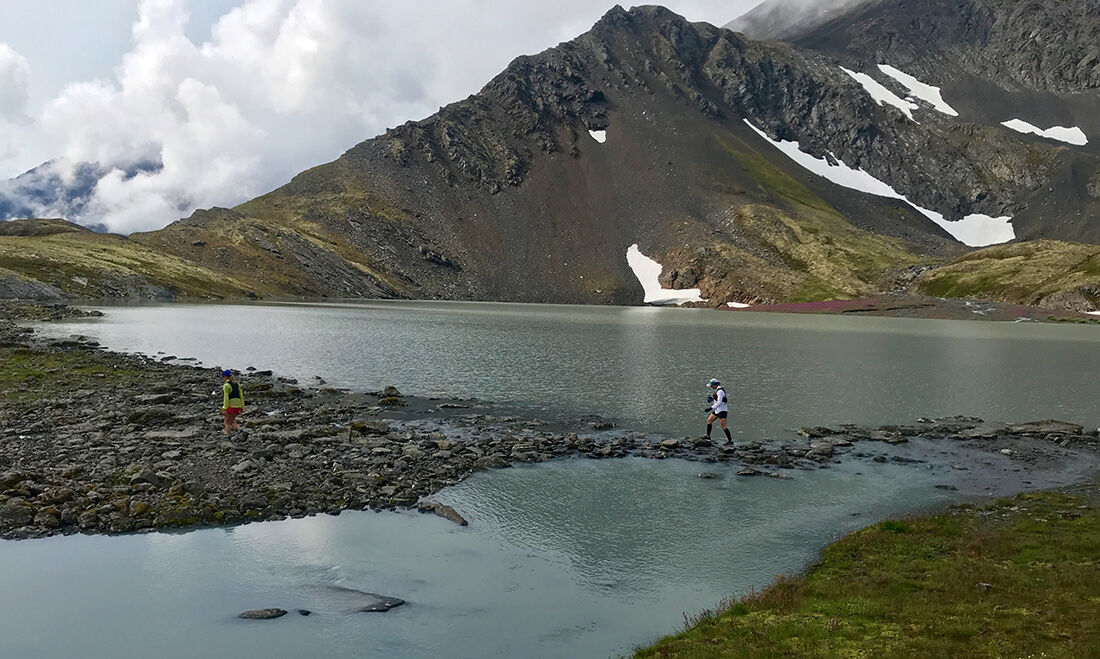 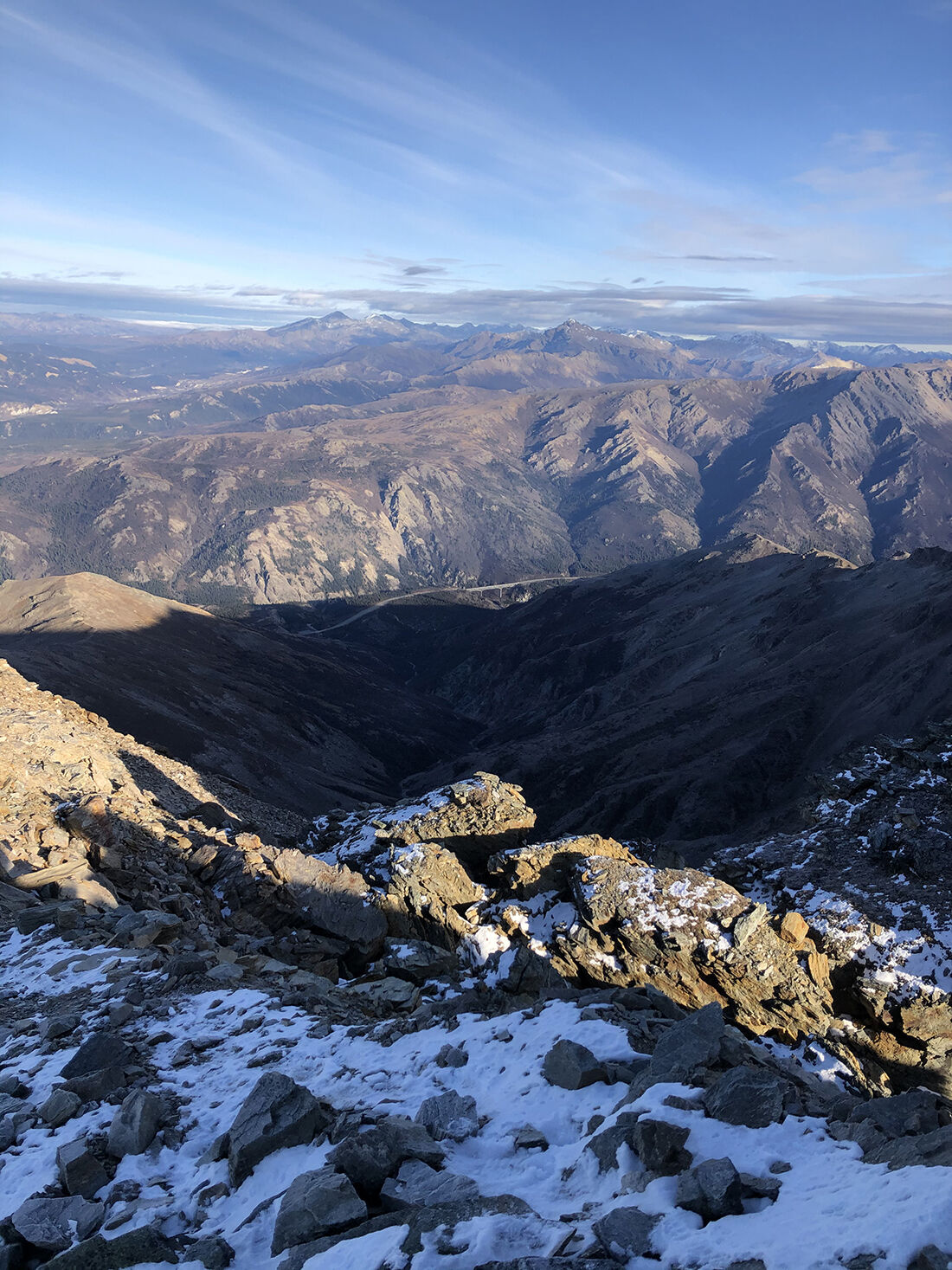 The parks Highway seen from the Bison Gulch Trail near Healy. The proposed trail route would parallel the Parks Highway for long sections with a goal of combining accessibility with the opportunity to experience the Alaskan wilderness.

The parks Highway seen from the Bison Gulch Trail near Healy. The proposed trail route would parallel the Parks Highway for long sections with a goal of combining accessibility with the opportunity to experience the Alaskan wilderness.

Would you want to hike almost 500 miles from Fairbanks to Seward, or maybe the other way around? Alternatively, do you think the possibility of doing so would help attract visitors in pursuit of a unique outdoor experience, and their dollars, to Alaska?

People advocating for the creation of an Alaska Long Trail are betting that you’ll answer yes to at least one of those questions.

Alaska Trails is a nonprofit group that focuses on providing funding ideas and technical assistance for trail related projects and programs in the state. The group does this in part through their statewide trails investment strategy, which focuses on ways to build on and expand trail infrastructure to help Alaska make the most of the state’s outdoor recreation potential.

In recent years, one of the most ambitious projects the group is advocating for is the Alaska Long Trail. Alaska Trails point to the 3-million people a year that hike portions of the Appalachian Trail as an example of what a long trail could do for Alaska and the state’s economy.

The group also points to the localized economic benefits to communities along the trail, an important consideration in the Interior as the route that’s been identified as the most readily feasible for a long trail that would end, or start, in Fairbanks.

Former Governor Tony Knowles has been an advocate for a long trail for some time. Knowles  wrote about the potential benefits in a March 7, 2018, community perspective in the News-Miner.

“Independent travelers going to these ‘long trails’ are always the most sought-after visitors because of the local economic benefits they bring. Their purchases for travel, lodging, meals, logistics and side trips are local. It’s not a complete-package purchase going to one international company that owns the facilities and takes home the profits. It’s new businesses and jobs for Alaskans,” Knowles wrote.

Knowles actually didn’t mention the Seward to Fairbanks trail in his 2018 letter, that route has come into focus in the intervening years. Knowles did write about the idea of a 900 mile trans-Alaska trail from the Beaufort Sea to Valdez that could be built using the Trans-Alaska Pipeline Corridor.

Alaska Trails Initiative Coordinator Chris Beck said that idea helped get people excited about the prospect of a long trail in the state, but wasn’t the most readily viable option for a number of reasons, the most important being that the Seward to Fairbanks route would make use of so many existing trails and a lot of already public land.

“There was an interest broadly in long trails and we had this trails investment strategy document and it started occurring to me that we could just stitch together many of the trails that are in that investment strategy and be well on the way to a long trail between Seward and Fairbanks,” Beck said.

Beck pointed out that the southern trek of the Iditarod Trail could connect Seward to Girdwood if some gaps were filled in, and that the Crow Pass trail through Chugach State Park makes for an “obvious next connection” from there. This way of thinking about how to utilize existing sections of trail helped develop the idea of linking together existing trails, a more realistic prospect than building a long trail from scratch.

“We just started looking and having not really set out to do so, we had already identified a key set of trails along that full length,” Beck said of the Seward to Fairbanks route.

Beck said that identifying the Rosie Creek area of the Tanana State Forest (where there are a number of older timber harvest roads in combination with multiple recreational uses) as a path for part of the final stretch of trail “in some ways kind of cemented the deal” of focusing on that route.

“Those could be the starting place for a trail that would go across that rolling, high, really attractive country with nice views from Fairbanks to Nenana,” Beck said.

That work led to Knowles again advocating for the idea in the press, he pointed to several benefits of the Seward to Fairbanks route in an Aug. 1, 2020, community perspective.

“Over the last two years, Alaska Trails has scoped out and planned for an Alaska Long Trail as part of the Alaska Trails Initiative. There is lots of good news. First, the Seward-Fairbanks route and connections for corresponding service needs are almost all public lands. This enormously reduces the complexity and cost of the trail. Second, many sections of this trail already exist. Thirdly, there are shovel-ready parts of the project that can put Alaskans to work now. Fourth, there are numerous prospects for the varied source of funds, public and private.” Knowles wrote.

Beck said narrowing in on a route has helped to bring the idea closer to reality.

“We’re in the process now of organizing ourselves to go from an ambitious dream to making it happen. We’re beginning to form working groups in each of the regions along the length of the trail that will be responsible to go from fingers pointing at a map to precise ideas about ideal routes.” Beck said.

He added that getting buy-in and involvement from people at the local level, who can help with route selection, but also go to local assemblies and other sources of funding to advocate for the project, will be key in moving the idea forward.

“The short answer is that we are hoping that in the next 10 years the great majority of the gaps will be filled in and one will be able to walk from Fairbanks to Seward or Seward to Fairbanks,” Beck said of the time frame for a long trail, before adding, “It’s very much a function of the state and federal governments, but particularly the state, to get more into an investment mentality about taking advantage of Alaska’s outdoor recreation opportunities.”

Beck said that if the state could get half of the number of people that visit Alaska in a typical year to stay one more day, it would translate to something like $137-million in additional spending statewide and pointed out that destinations like New Zealand, where there’s been strong investment in outdoor recreation infrastructure, have seen corresponding increases in visitor’s lengths of stay.

“We’re looking for people who are enthusiastic about this idea … and want to be involved as we help this go from a dream to reality,” Beck said that will be the key to creating an Alaska Long Trail.