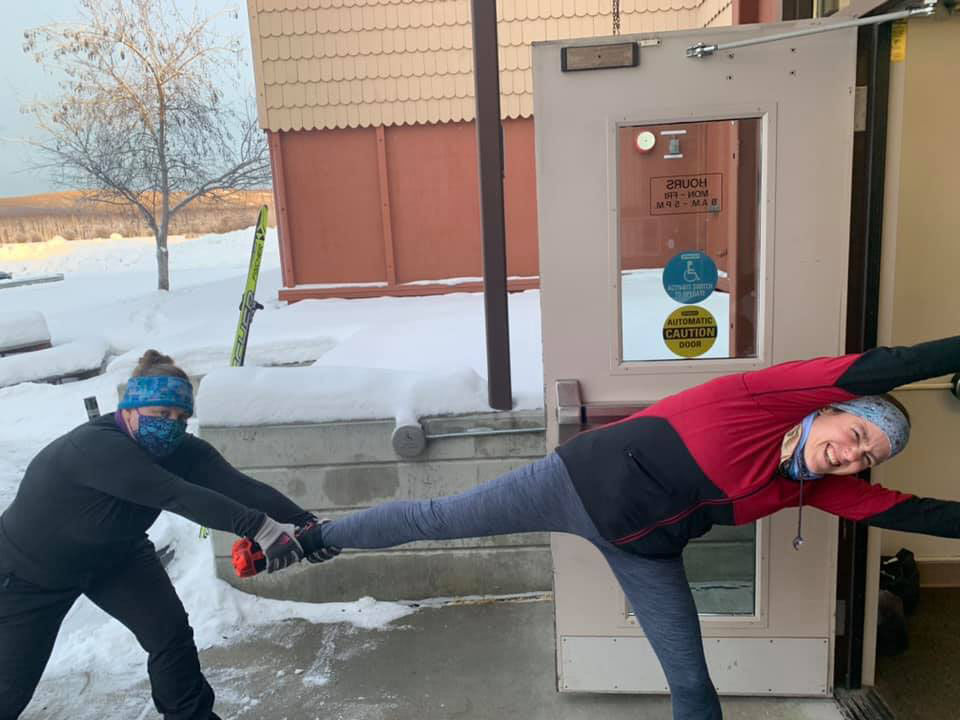 Fairbanks residents Laurie Boeck, right, and Nissa Pilcher have been teammates in the race. 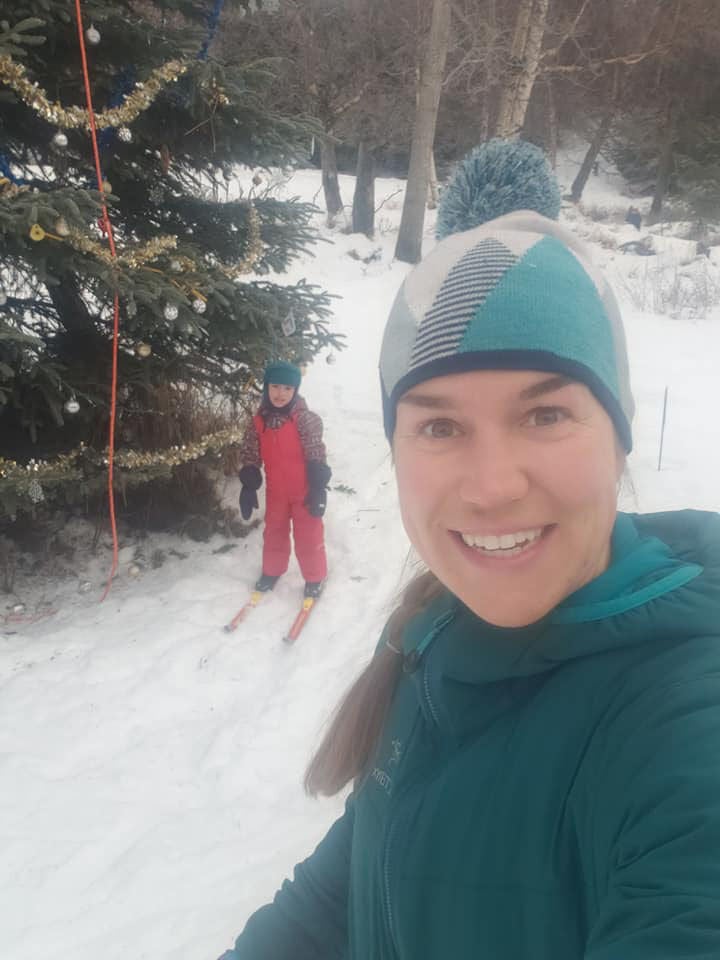 Fairbanks residents Laurie Boeck, right, and Nissa Pilcher have been teammates in the race.

Virtual races are old news to runners, bikers and other endurance athletes who’ve been struggling through the pandemic without the motivation of big races to train for, but the Virtual Race Across Alaska has taken the virtual race event concept to another level. Participants enter the race with the aim of logging a certain amount of mileage over the course of the winter, from Dec. 21 to March 20.

The distances range from 125 to 2,000 miles and represent the mileage between key locations in Alaska. The 125-mile route is from Anchorage to Seward, 350-miles would get you from Anchorage to Fairbanks. The most ambitious racers are trying to log 2,000 miles, representing a trek all the way from Ketchikan to Deadhorse. Bless those folks.

The race is also a multi-sport challenge, so run, walk, Nordic ski, fat tire bike, hit the treadmill or stationary bike; the miles all count.

The Virtual Race Across Alaska is the brainchild of Heather Helzer. Helzer is a race director and triathlon coach in Anchorage and also the owner of Turnagain Training. Most years Helzer would direct about 14 races. This year, in the midst of the COVID-19 pandemic, she’s done only four.

However, in what seemed like it would be the worst year possible for endurance racing, and for her own livelihood, Helzer has ended up bringing together an event so innovative that its popularity has surprised even her. Helzer first dreamed up the Virtual Race Across Alaska back in July. She was inspired by the Great Virtual Race Across Tennessee, a 1,000 mile event that attracted tens of thousands of participants over the summer.

“I was like, man, that could be epic,” Helzer said of what she could do with the idea of a virtual trans-Alaska trek. What Helzer didn’t expect was just how hungry for a challenge like this people were. Now she has over 1,000 people participating.

“I launched the idea and the registration on Thanksgiving. I had 200 people registered one week before the kickoff (on Dec. 21). And then in that last week I had six- or seven-hundred people sign up, it was pretty spectacular. And we’ve had about 200 people join since,” Helzer said.

The race isn’t limited to Alaska either, people from 42 states are racing “across” Alaska this winter. Meanwhile, right here in Fairbanks the race has inspired co-workers Laurie Boeck and Nissa Pilcher to log lots of miles this winter.

“I originally signed up for the 125-mile, but I’ve got to bump up my miles, because I’ve already exceeded that,” Boeck, who does a lot of her miles on the trails at Creamer’s Field, said.

Boeck said joining the race has definitely gotten her spending more time outdoors this winter and she’s enjoyed being able to break the mileage up between walking, running and biking. Boeck started running just last summer in an effort to find new ways to spend time outdoors during the pandemic and said this race was just what she needed to keep her going through the winter.

Pilcher said she was originally hesitant to sign up for the race, but after her sister in Juneau signed up, the idea of doing the same race from across the state seemed like too much fun to pass up. Another fun aspect of the race has been finding a community of support through participants sharing their progress on social media.

“It’s been really cool, just to see people from all over the country getting involved,” Pilcher said.

“When she (Helzer) was putting this together, she thought of us and we were delighted. I think she’s really tapped into something people are looking for,” said Alaska Trails Executive Director Steve Clearly.

The event has already helped raise over $15,000 for Alaska Trails. With plenty of winter left still, it’s not too late to join the challenge. Racers can sign-up until Feb. 28 and can even backlog miles since Dec. 21 towards their goal distance.

Helzer said the whole experience has demonstrated a value in virtual racing she didn’t quite recognize before, even once in-person races are possible, she plans to continue it.

“I think that this will for sure continue next year. Something that I’ve learned as a race director is that I think people just need the carrot to keep them motivated in the wintertime and this is really giving them the opportunity to still have a why, but not specifically be invested in a specific day or event,” Helzer said.

Visit the race website at raawc.com to find out more. You can learn more about Alaska Trails and the Alaska Long Trail at alaska-trails.org.