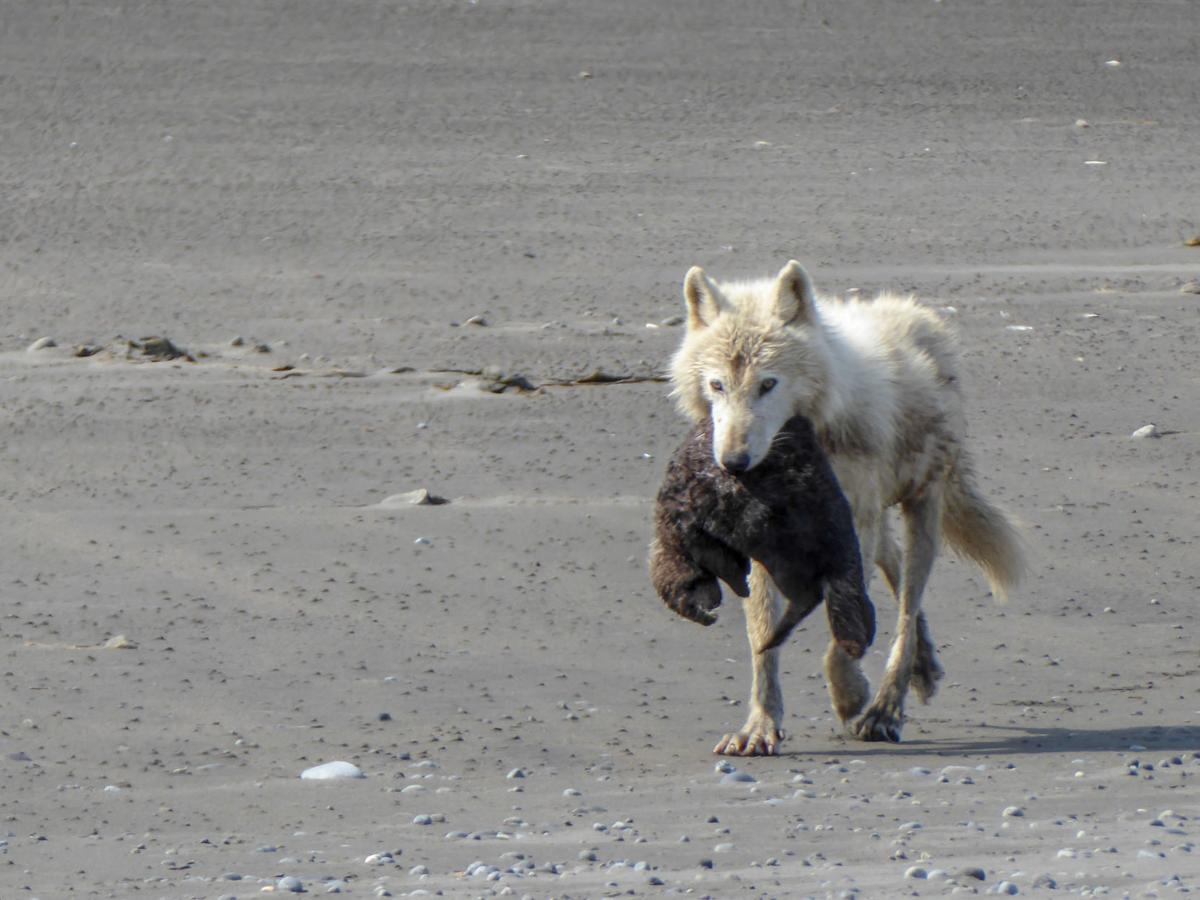 A wolf carries a sea otter pup as it strides down a beach in Katmai National Park. In the Gustavus area, where sea otter numbers have dramatically increased in recent years, wolves are eating sea otters. 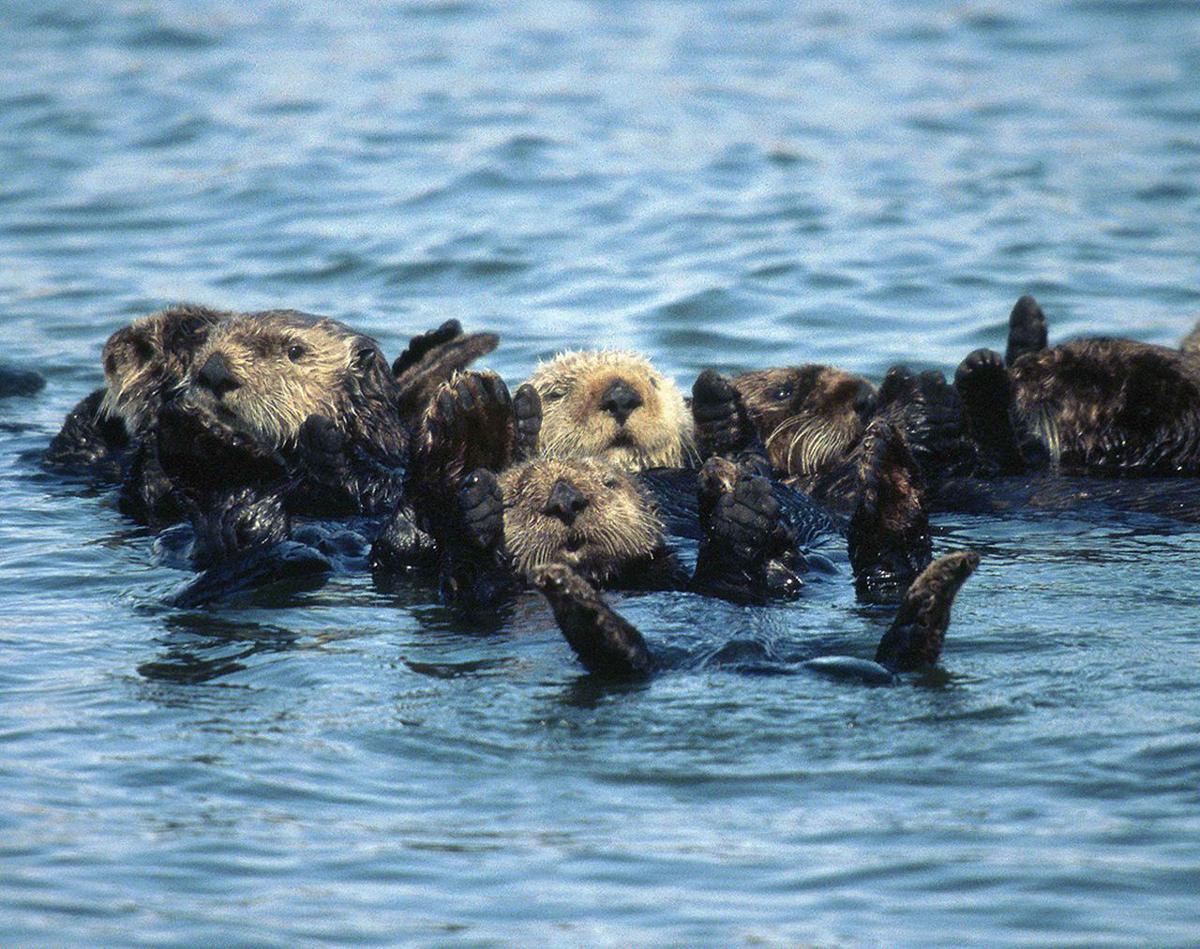 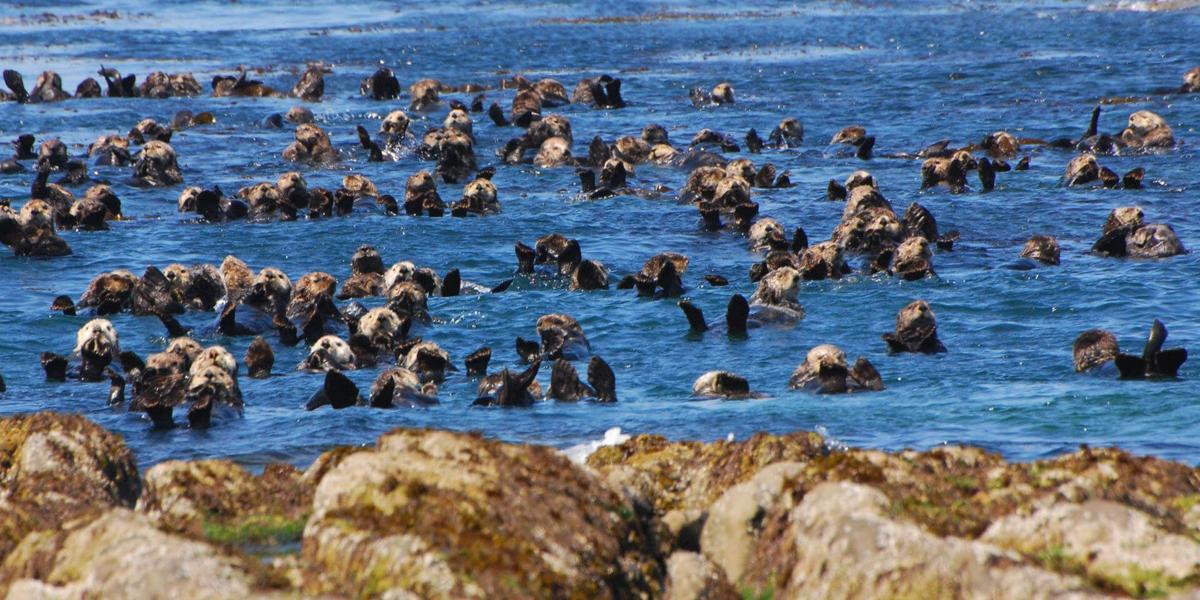 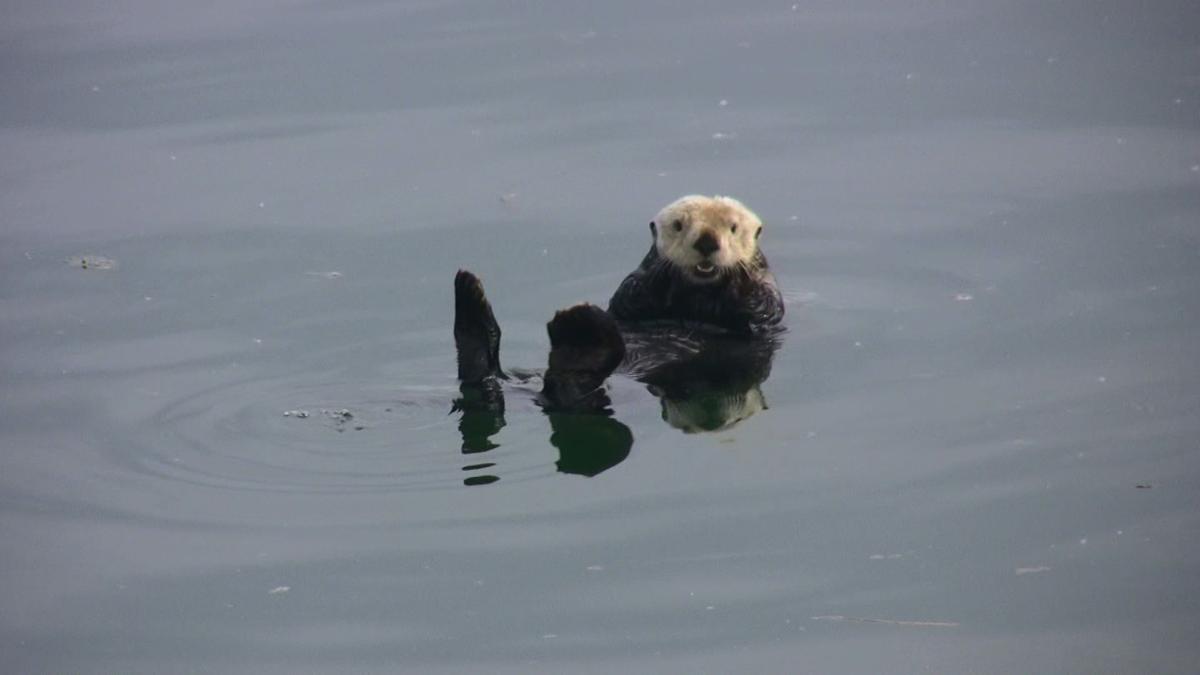 A wolf carries a sea otter pup as it strides down a beach in Katmai National Park. In the Gustavus area, where sea otter numbers have dramatically increased in recent years, wolves are eating sea otters.

While most wolves prefer ungulates like moose, deer and mountain goats, the Gustavus pack, in northern Southeast, has displayed a preference for one unlikely marine mammal — the sea otter.

Gretchen Roffler is a wolf biologist for the Alaska Department of Fish and Game and said her work analyzing scat samples from wolves all over Southeast Alaska is what alerted her to this trend.

Roffler said they identified 10 different prey species in scats collected from the Gustavus area. The most common was split between moose and sea otters, while the rest were ravens, black bears, bald eagles, deer, coho salmon, harbor seals, shrews and sculpins.

From scats collected on Pleasant Island, a small island about 8 miles long and 4 miles wide just off the coast of Gustavus, more than half of the samples collected from wolves contained sea otter. It turns out the rapid growth of the sea otter population in and around the area of Glacier Bay National Park, which includes Gustavus, has created a new and unexpected food source for a species that was once known to only occasionally feast on the marine mammal.

It’s still too early to know for sure what is causing this shift in diet for wolves in the area, but Roffler said she can identify some potential possibilities.

“We looked at diets over time on Pleasant Island,” she said. “and we saw a declining frequency of deer (in wolf scats).”

It makes sense they would take advantage of their nearby marine environment.

There was a time sea otters could be found across the Pacific Rim — from Hokkaido, Japan, to the Aleutian Islands and south down the Pacific coast to Baja California, Mexico. According to early estimates, the worldwide population in the early 1700s was between 150,000-300,000. Then, when the fur trade kicked into high gear, and Russian explorers arrived in Alaska in 1741, extensive commercial harvest of valuable sea otter furs over the course of the next 150 years nearly wiped out the species.

By 1911, the International Fur Seal Treaty, which sought to conserve fur seals and sea otters, was established. However, by then no remnant colonies of sea otters existed in Southeast Alaska. According to the U.S. Fish and Wildlife Service, across their historic range, fewer than 2,000 animals remained in 13 remnant colonies. Because sea otters don’t migrate, efforts to re-establish populations began. Animals from remnant colonies off Amchitka Island, in southwest Alaska, and in Prince William Sound, in southcentral, were translocated to six sites in Southeast Alaska.

The transplants were a success, and a 2014 stock assessment report by the US Fish and Wildlife Service found sea otter populations in the region had grown to more than 25,000 animals. The mammals were found to frequent nearshore habitats, in water most often around 12 feet deep that gave ready access to foraging habitats rich in their favorite foods — marine invertebrates — in subtidal and intertidal zones.

Poop tells only part of the story

While wolf scat can be collected and its contents analyzed, it really tells only a portion of the story, Roffler said. Sure, scat from Gustavus showed a high prevalence of sea otter, a mammal that also showed up in scat samples collected on Kuiu Island (another area of the region that has seen an increase of sea otters), but it tells researchers only that it was eaten.

“Poop doesn’t tell us how the wolves are killing them,” Roffler said.

Based on information collected from the large sea otter monitoring program in Glacier Bay, Roffler said they know the largely water bound animals will occasionally haul out on the shoreline, especially during inclement weather, presumably making themselves vulnerable to a hungry wolf. It’s possible wolves are hunting them then. But, she said, research also suggests the population of sea otters in Glacier Bay has grown to the point of carrying capacity — the point at which the habitat can no longer support the number of animals living there without damage to the habitat or animals. Wolves could be scavenging on dead animals that have washed up on shore, or weak ones that have become compromised.

A better way to analyze diet

Roffler collected wolf scat from all over Southeast Alaska, from Prince of Wales Island to Haines, from Berners Bay to Mitkof, Kuiu and Kupreanof islands. In all, she collected 750 scat samples from across Southeast and identified 48 prey species.

In the past, prey species in scat samples have been identified through mechanical sorting — simply pulling apart the scat and attempting to identify the undigested parts. Much like an owl pellet, there are often bone fragments, claws, teeth and fur, as a few examples, left behind in the poop of a wolf. But Roffler said this method identifies only a portion of what the wolf ate.

A different method, called metabarcoding, identifies the specific DNA sequences in the scat which allows for more accurate prey species identification. For this portion, Roffler worked with Taal Levi and Aimee Massey, at Oregon State University. The team used both the metabarcoding approach and the mechanical method in order to compare the accuracy of each.

While she still doesn’t know a lot about how wolves are preying upon some of the more unusual prey species, most notably the sea otters near Glacier Bay, she does know wolves are definitely opportunists.

“In the absence of their primary ungulate (prey),” she said, “wolves have taken advantage of this uber available resource.”

This article was originally published in the February edition of Alaska Fish and Wildlife News, the Alaska Department of Fish and Game magazine.