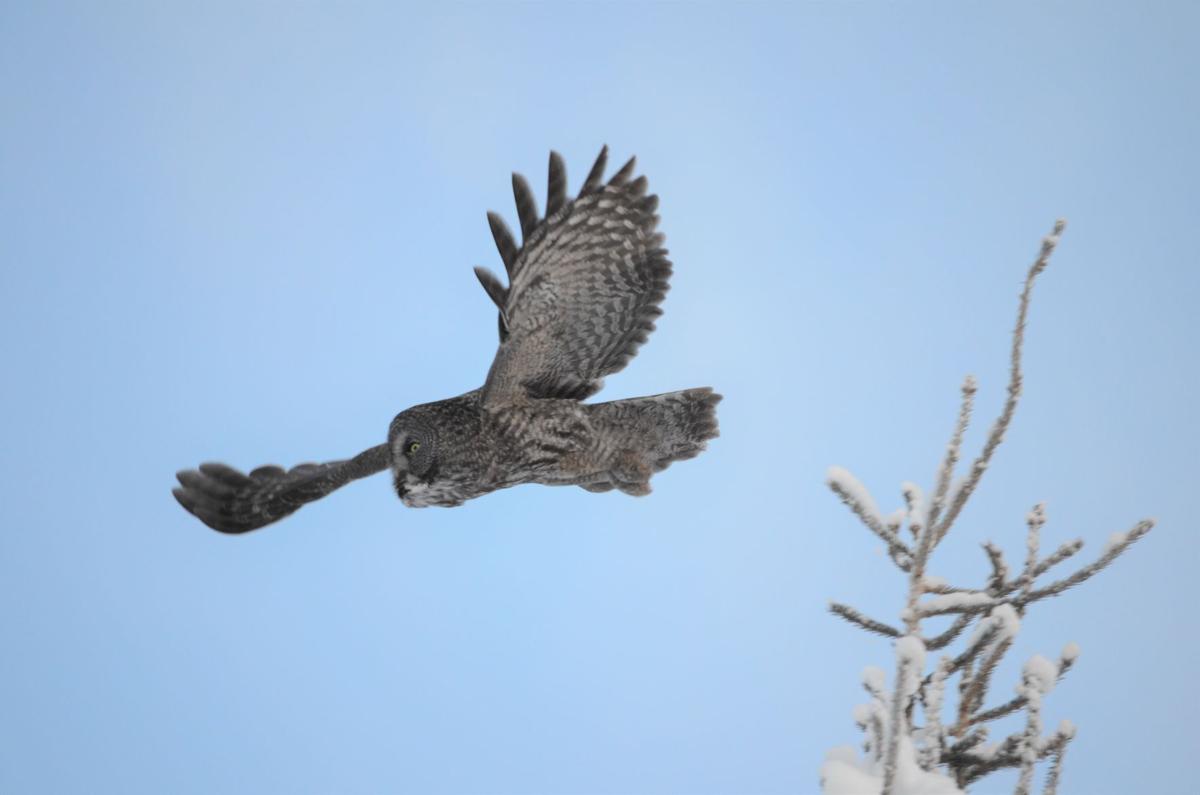 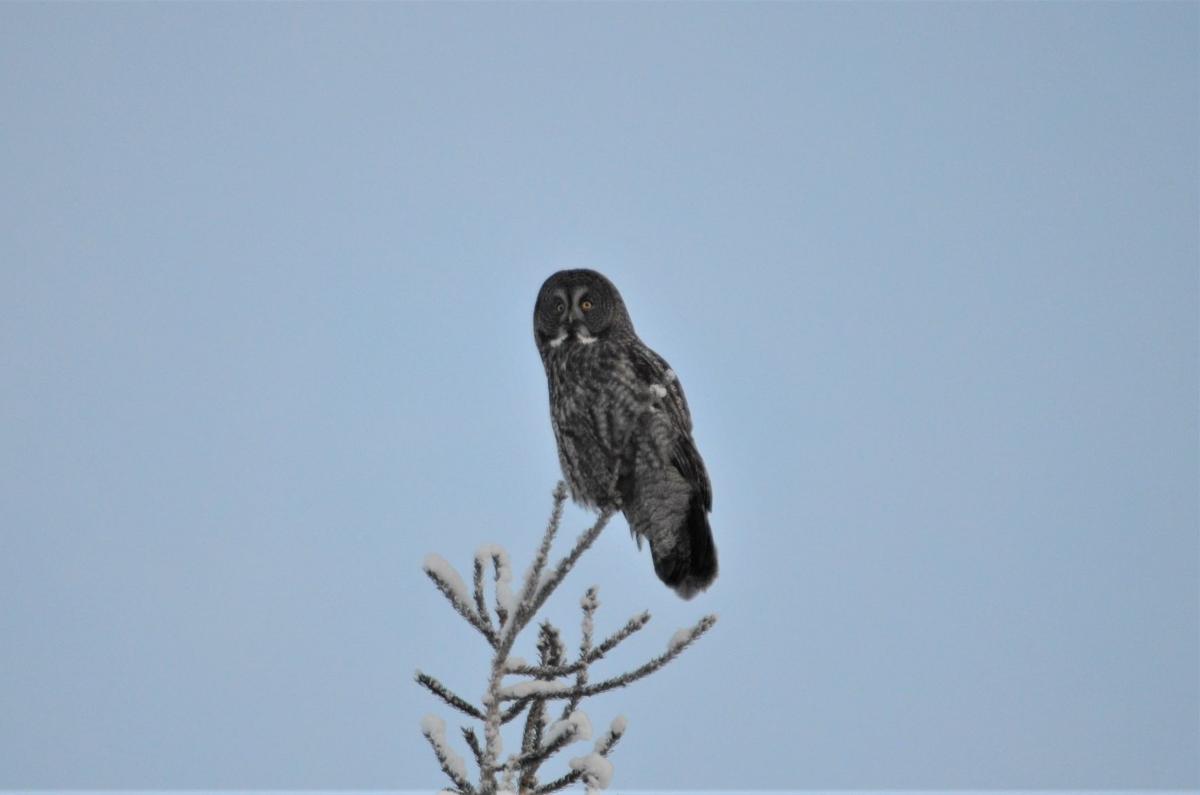 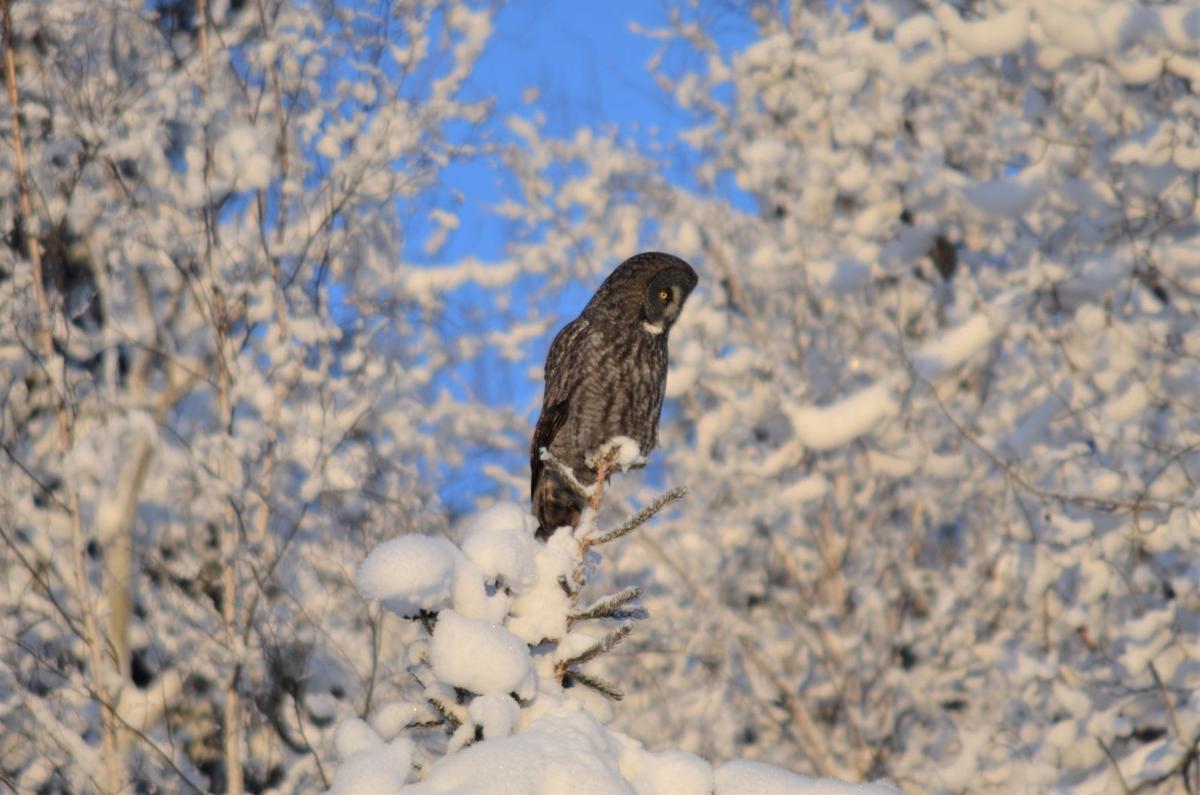 Local wildlife sightings usually fall in the domain of hikers, skiers, hunters and the like. Eve Baker, however, was privy to a rare show of nature on Jan. 21, when a Great Gray Owl spent some time looking for prey in her yard.

Baker, who lives around Mile 7 Chena Hot Springs Road, immediately grabbed her camera and snapped a number of photographs of what the Alaska Department of Fish and Game refers to as “one of the most reclusive owls in North America.”

According to information published by the department, “it is common only in certain localities” and it has “secretive habits,” which makes it “a bird rarely seen and little known to most Alaskans.”

“It was the coolest experience of my year so far,” Baker wrote in an email to the Fairbanks Daily News-Miner. “I followed the owl at a respectful distance through the yard from tree to tree for about 20 minutes or more, watching it dive into the snow after prey several times.”

Information from the Department of Fish and Game states that the Great Gray Owl, which is the largest species of owl by length, can locate prey under as much as two feet of snow, thanks to its keen hearing. Its diet is composed almost entirely of small rodents.