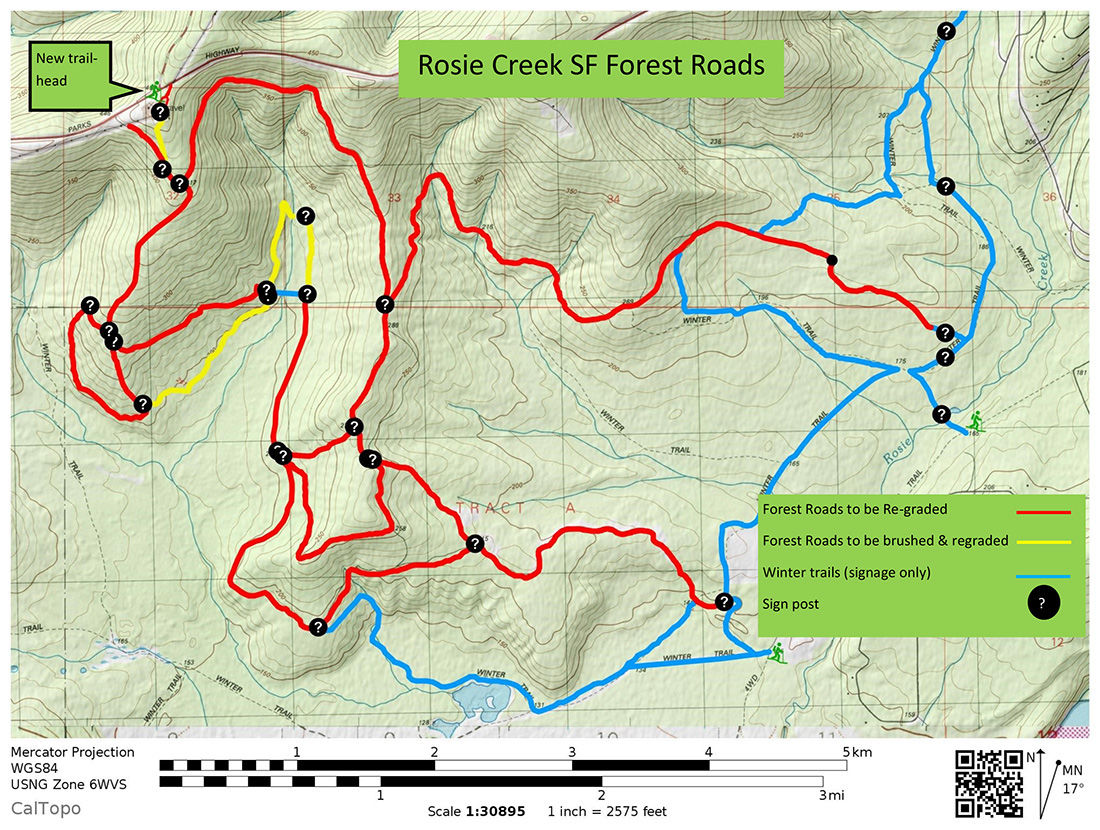 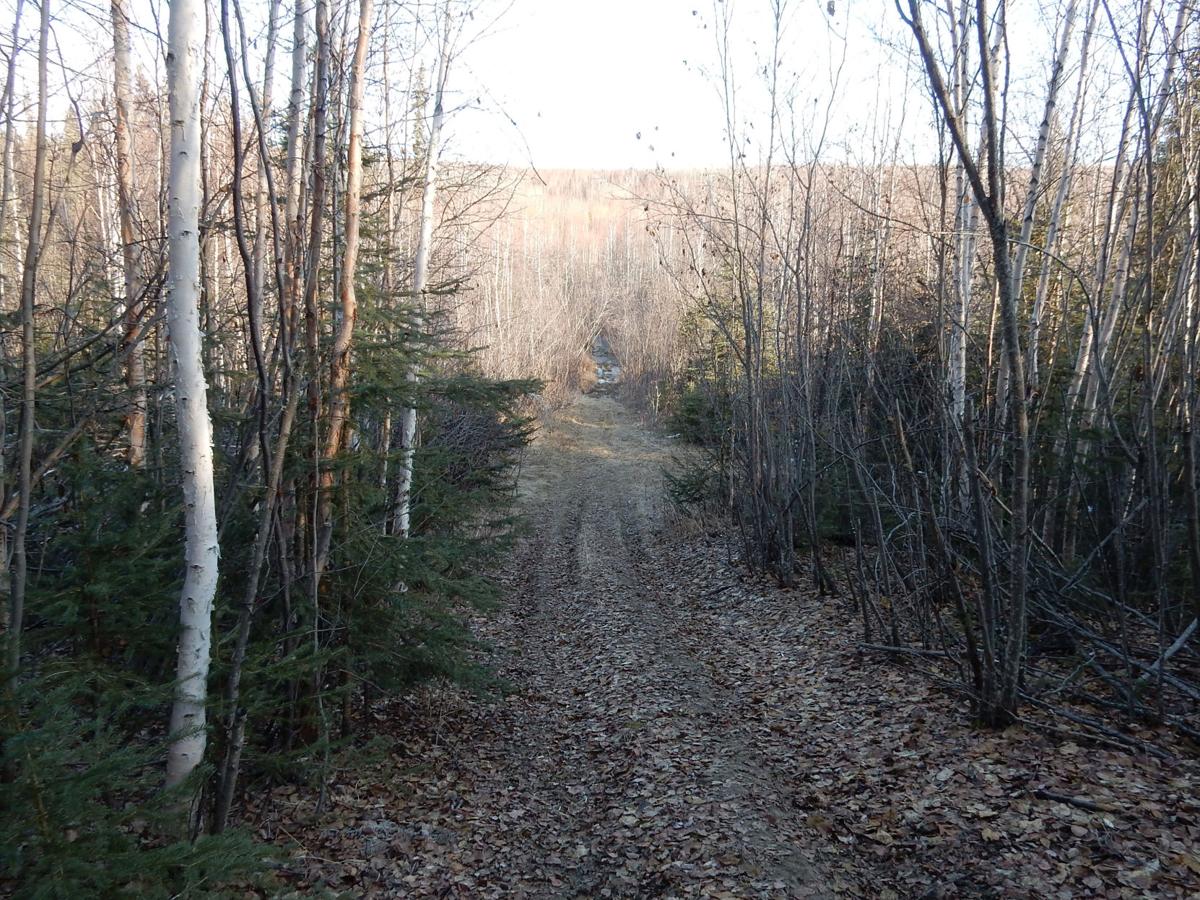 An October 2019 photograph shows one of the forestry roads in the Rosie Creek management area in the Tanana Valley State Forest. The entire 18-mile system is scheduled to be regraded and resurfaced for recreational use.

An October 2019 photograph shows one of the forestry roads in the Rosie Creek management area in the Tanana Valley State Forest. The entire 18-mile system is scheduled to be regraded and resurfaced for recreational use.

You may think you’ve found all your favorite hiking spots in Fairbanks, but have you ever walked the Rosie Creek forestry roads in the Tanana Valley State Forest? If not, you’re in luck. The State Division of Forestry recently received a $100,000 grant that it will use to spruce up the area for recreation purposes.

The aim of the project is to make a number of improvements to the roads and trails of the Rosie Creek management area in the Tanana Valley State Forest, just south of Fairbanks. The idea is to ensure the area is in optimal condition for both recreational uses and forestry management use. The grant, which will be matched by the division of forestry for 10% of the sum, came from the Alaska State Parks Recreational Trails Program through the Federal Highway Administration.

According to the division, the forestry roads are already frequently used by bikers, skiers, hunters, snowmachiners, mushers and skijorers, runners and other users. But Alison Arians, a forest resource planner for the division of forestry, said that the 18-mile system of forestry roads are incredibly scenic and may not be well-known for recreating — even by local residents.

“The thing about timber harvest is there need to be roads built to get the harvest. And those roads are used quite extensively for recreation,” Arians said. “It’s a really beautiful system and it’s so close to Fairbanks.”

Arians said that the biggest undertaking of the project is the regrading and resurfacing of the entire 18-mile system of forestry roads. The main aims of this are to fix ruts and reduce erosion damage. According to Arians, the division can only afford to maintain them when there’s an active timber harvest, or some other kind of forestry management, occurring. Fortunately, the division has been awarded this grant during a regrowth period.

“We applied for this grant to be able to work on the road conditions, and fix the erosion, while we’re not harvesting in the area,” Arians said. “This is an opportunity to regrade the road so it’s in good condition for the future.”

According to Arians, there likely won’t be another timber harvest for another couple of decades, which means there’s plenty of time for recreation in the interim.

“It’s unlikely because we just went in and reforested all the areas where there was harvest recently,” Arians explained. “So those little baby trees aren’t going to be ready for harvest for about 20 years.”

The division has hired Fairbanks’ own trail gurus, Happy Trails Inc., as the contractor for the road work. She said that the firm intends to start work around the end of August. The project has a two-year timeline, but the plan is to get the majority of the work done this year.

Other actions that the division plan to take using the grant money include clearing brush from portions of forestry roads, regrading a site on the Parks Highway to provide parking at the trailhead, and removing junk cars and other trash from the site.

Arians noted that one of the key parts of the project will be the installation of a map kiosk near the trailhead and various signage through the 18-mile system. The division of forestry is working with the Interior Alaska Trails and Parks Foundation, which is designing a kiosk to provide details on the road system and explain land ownership and timber management. Arians lives in Anchorage and she expressed how helpful it is to have a group of people on the ground at the project site.

Arians pointed out that Tanana Valley State Forest State is a “working forest.”

“It’s a completely compatible use, as long as people know there will be forestry operations going on here in the future,” she said. “There could be timber harvest at any point in the future. At certain times they may not be able to go on a trail, they may have to take a detour.”

This is where the signage comes in. Signs will be installed across the road system that will provide visitors with directions to stay on the maintained route, up-to-date trail conditions that branch off from the road system, information on where state land ends and begins and what restrictions apply to adjacent privately-owned land.

“They (the roads and trails) are not signed and they can be confusing if people don’t really know the roads well,” Arians said. “There are even people who live in that neighborhood who are worried about getting lost on those roads.”

Arians said that the Interior Alaska Trails and Parks Foundation is assisting with the signage too. The foundation is also helping the division work on a downloadable GPS map, which will eventually be available at TrailForks.com.

Arians said that residents who live near the area have been supportive. She recounted a public meeting that the division held in October at the Chena Goldstream Fire and Rescue facility.

“We had something like 50 people show up and people were just so excited about the project. I thought that maybe people would object to having an increased number of people recreating there in their backyard, but there wasn’t one negative comment,” she said. “I was thrilled. People had great comments and suggestions on how we should proceed.”

Following the project on the Rosie Creek management area, the division of forestry is already planning to apply for grants to do similar projects across the state. Arians said that division staff are currently putting together an application to do exactly that in the Haines State Forest.

“It’s a really exciting project for us to work on something that will benefit everybody,” Arians said.