This photo was taken last August about a quarter mile from the western entrance of the 7 Mile Reroute. 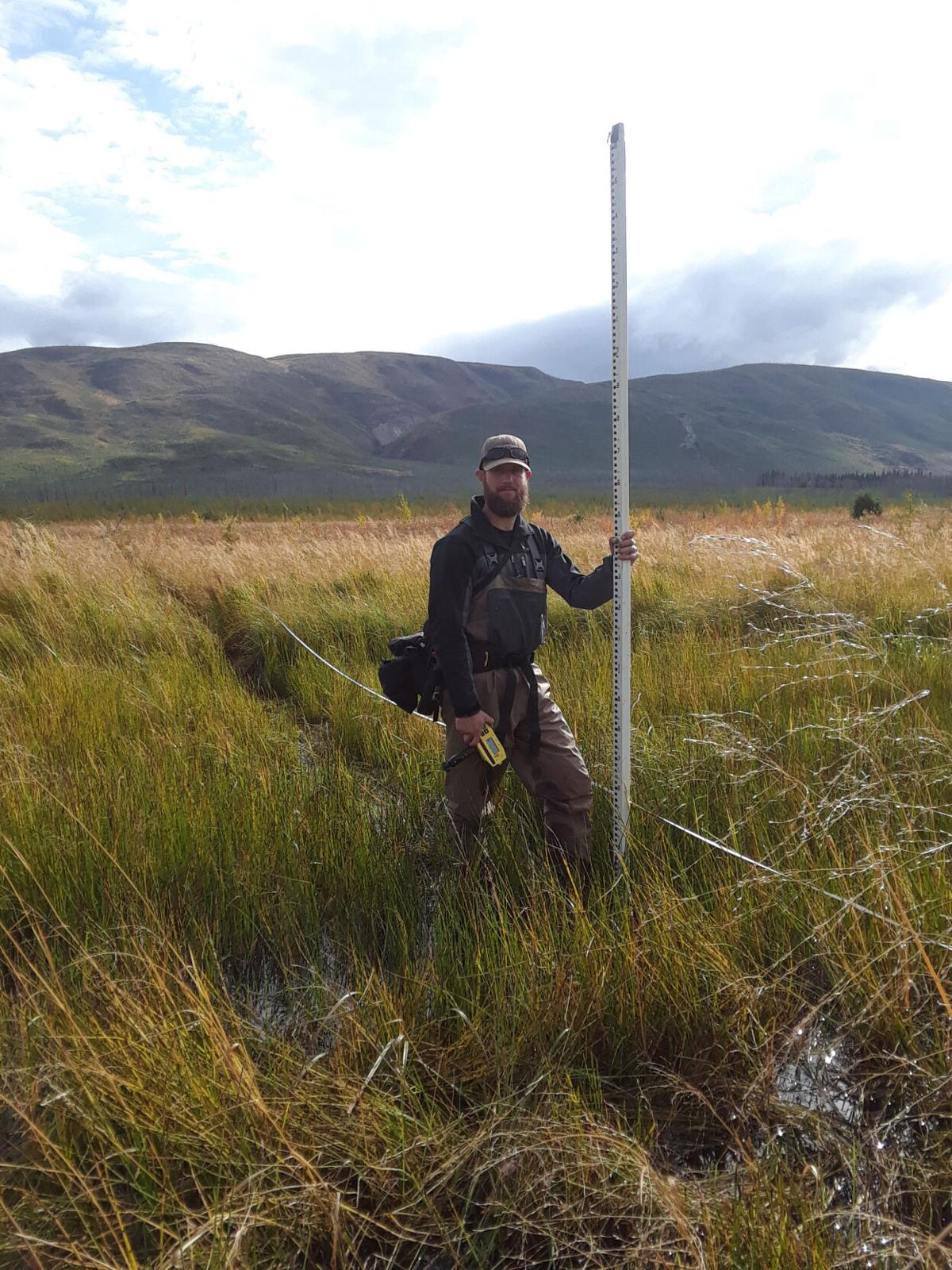 A staff member is photographed in August 2019, during one of the Department of Natural Resource's monitoring trips. The area photographed is known among staff as “the Big Braid.” It’s located about 30 miles up the trail. 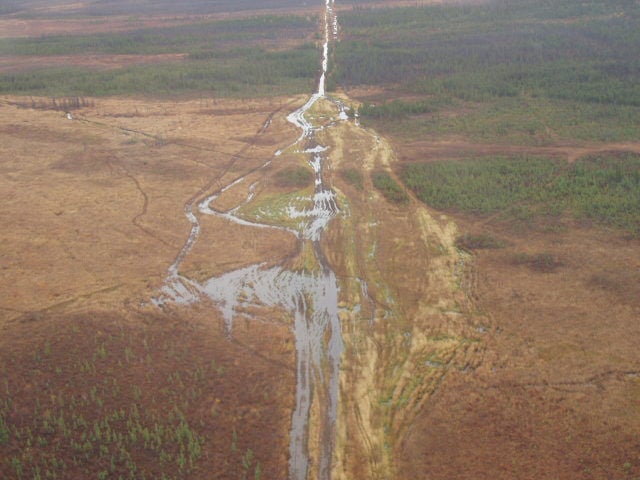 An aerial shot shows the area known as "the Big Braid" during the initial trail inspections in 2007. 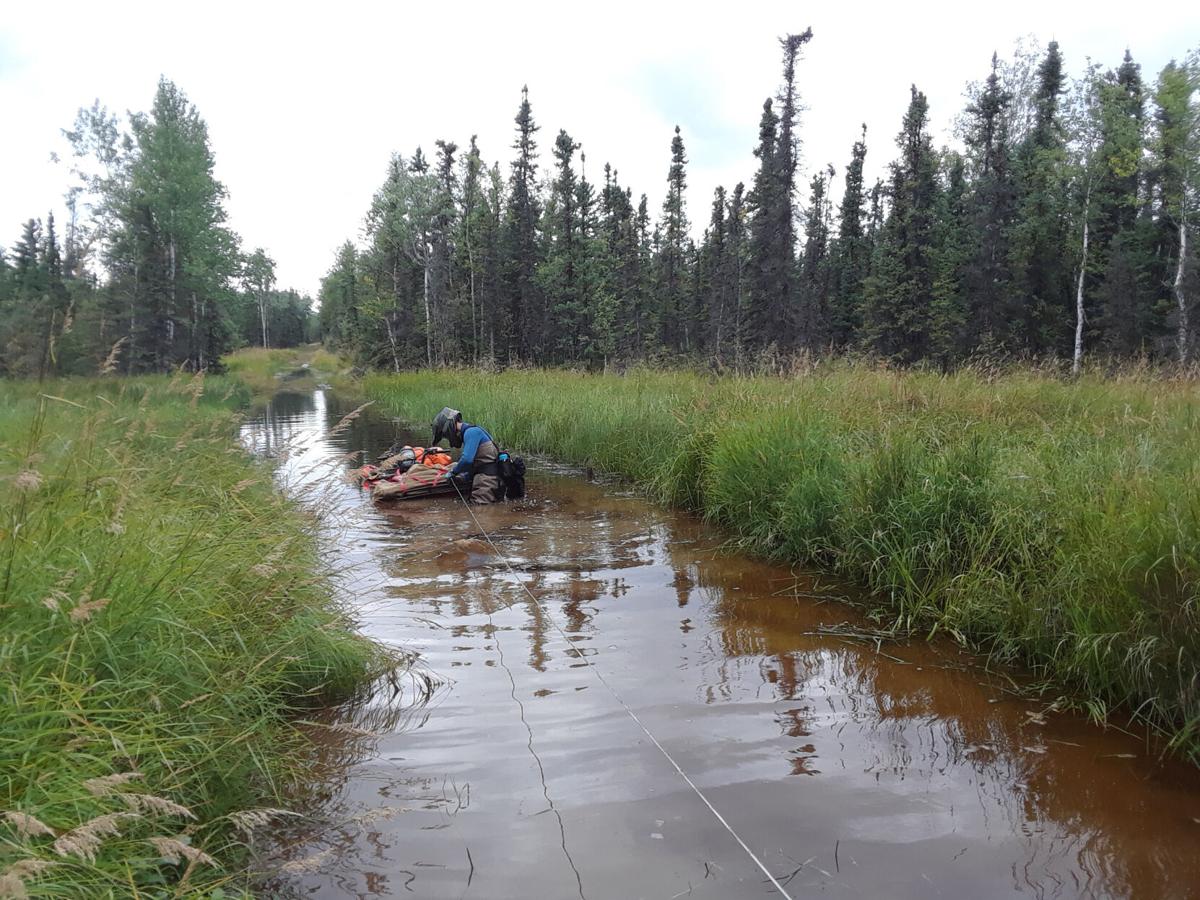 A photograph taken in August, 2019 near the eastern entrance of the 7 Mile Reroute trail, shows how deterioration of the main trail has led to ponding. 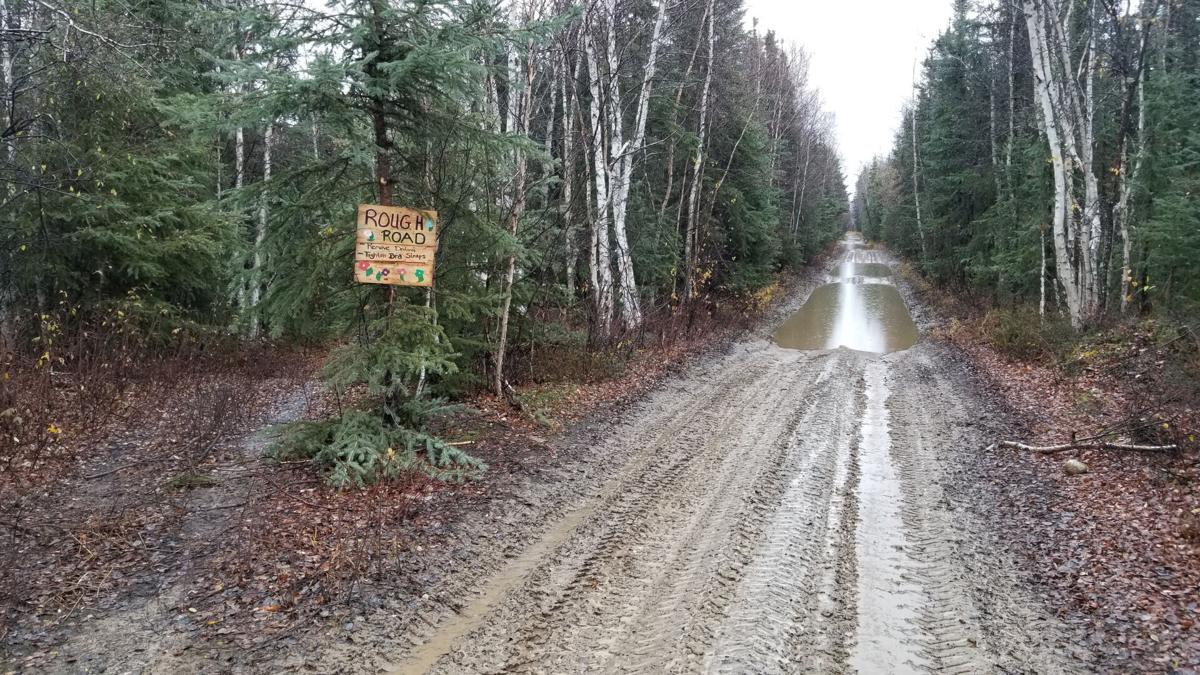 This photo was taken last August about a quarter mile from the western entrance of the 7 Mile Reroute.

A staff member is photographed in August 2019, during one of the Department of Natural Resource's monitoring trips. The area photographed is known among staff as “the Big Braid.” It’s located about 30 miles up the trail.

An aerial shot shows the area known as "the Big Braid" during the initial trail inspections in 2007.

A photograph taken in August, 2019 near the eastern entrance of the 7 Mile Reroute trail, shows how deterioration of the main trail has led to ponding.

Starting this fall, the Rex Trail is being opened up to larger vehicles, after a 2008 Department of Natural Resources administrative decision which restricted summer motorized travel was amended this week. In August, owners of rubber tracked vehicles up to 26,000 pounds in weight and wheeled vehicles up to 10,000 pounds, will be able to purchase over-the-counter permits to ride on a portion of the trail that has been prohibited to them for a decade.

The trail is located near Clear, Alaska. According to A.J. Wait, who serves as the Northern Region Permits and Easements Manager for the department, it holds historical significance and still sees plenty of use.

“The Rex Trail historically was a miner trail used primarily during the winter time. There’s always been some summer use, primarily for some private property at the end. It’s also traditionally used for hunting,” explained Wait. “In 2007 we were contacted because the trail conditions were deteriorating and making it unsafe during the winter.”

According to Wait, concerns were raised by a combination of private landowners and miners who were beginning to experience difficulty using the trail in winter, mainly to transport fuel. In light of this, in 2008, the department issued an administrative decision, which temporarily restricted summer and fall motorized travel on a portion of the trail to any vehicles with a weight of 1,500 pounds or less.

The intent, according to a Department of Natural Resources document was to “facilitate the long-term management goal of preserving access for all users of the trail.” According to Wait, what followed was a decade of monitoring trail conditions and undertaking pilot projects in an attempt to determine the impacts of different types of vehicles.

In August 2009, the original decision was amended to allow the issuance of over-the-counter permits to the owners of rubber tracked vehicles, ranging in size up to a Nodwell 110 or similar. This amendment not only gave hunters a greater degree of access, it was also designed to collect vehicle use patterns and to monitor the impacts of slightly larger vehicles. The amendment was extended annually up to this year.

“During that time we did a monitoring project to see how the trail was reacting to that kind of use,” Wait said. “We also had a professional evaluation of the trail to see what could be done to make the trail suitable to multiple kinds of uses.”

Wait said that, given that Rex Trail runs a total of 50 miles, it’s tough to get condition assessments for the entire length. The department now has 10 plots set up along the trail, where it monitors things like trail depth and vegetative measurements.

Department staff also completed two pilot projects, both of which were at different parts of the trail. Wait explained that deterioration was resulting in the trail becoming waterlogged in places, which prompted trail users on vehicles to simply go around the water.

“There was significant ponding occurring,” he said. “When encountered with unknown depth, people tend to go around. And that was resulting in braiding.”

The “Small Vehicle Reroute,” for vehicles weighing less than 1,500 pounds, was completed in 2014 and the “Seven Mile Reroute,” a 1.5 mile trail for all traffic constructed around Seven Mile Lake, was finished in 2019. On both projects, which were funded using Pitman-Robertson funds, hardened routes were constructed to lead users away from problem areas.

A review and analysis of accumulated trail condition data was published in 2016. The report found that while “trail conditions continue to vary with microtopography and differing soil types, overall trail conditions have remained stable, and some portions of the trail have improved” since 2009.

The next step of the study is now to broaden the types of vehicles that are allowed access to the trail and keep monitoring the conditions.

“It’s a continuation of the monitoring program,” Wait said. “One of the concerns that was expressed over the years is that the actual level of impact of each of these vehicle types is unknown in any kind of quantitative assessment.”

“This will give us an idea of the impact on that trail, so we can make future decisions,” he added. “Our goal is to maximize use, in a way that doesn’t unduly impact future usage.”

The area affected by the recent amendment is limited to the portion of the Eastern Rex Trail — which is mostly unimproved — between the intersection with ADL 415819, Southwind Homestead Access, and the southern boundary of Fort Wainwright near the Wood River.

Individuals who wish to obtain a permit must apply to the DMLW and pay a permit fee of $240. All other conditions as noted in the original 2008 Administrative Decision remain in effect. Permits will be issued annually and be effective from Aug. 28, 2020 through April 15, 2021. This amendment will be implemented on Aug. 28, 2020 and will remain in effect until April 15, 2025, unless extended or superseded by another decision.

The 2020 Amended Decision, the 2008 Administrative Decision, and the required permit application, are all available on the DNR website, here: bit.ly/2ORUiA5.