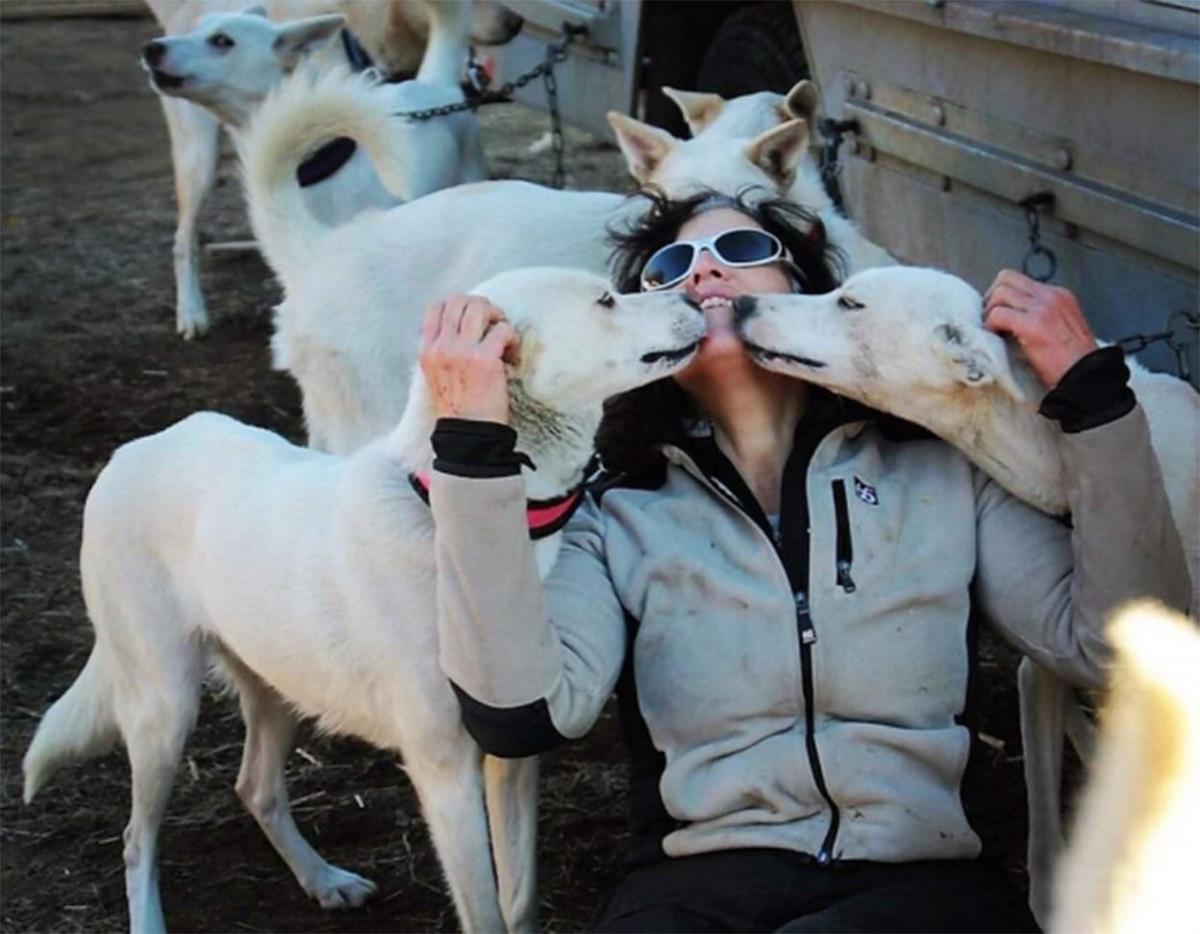 Marla BB, a former blues singer who is one of five mushers on the expedition, runs a touring and racing kennel in Western Massachusetts. She said she's been wanting to complete the Serum Run even more than the Iditarod or the Yukon Quest. 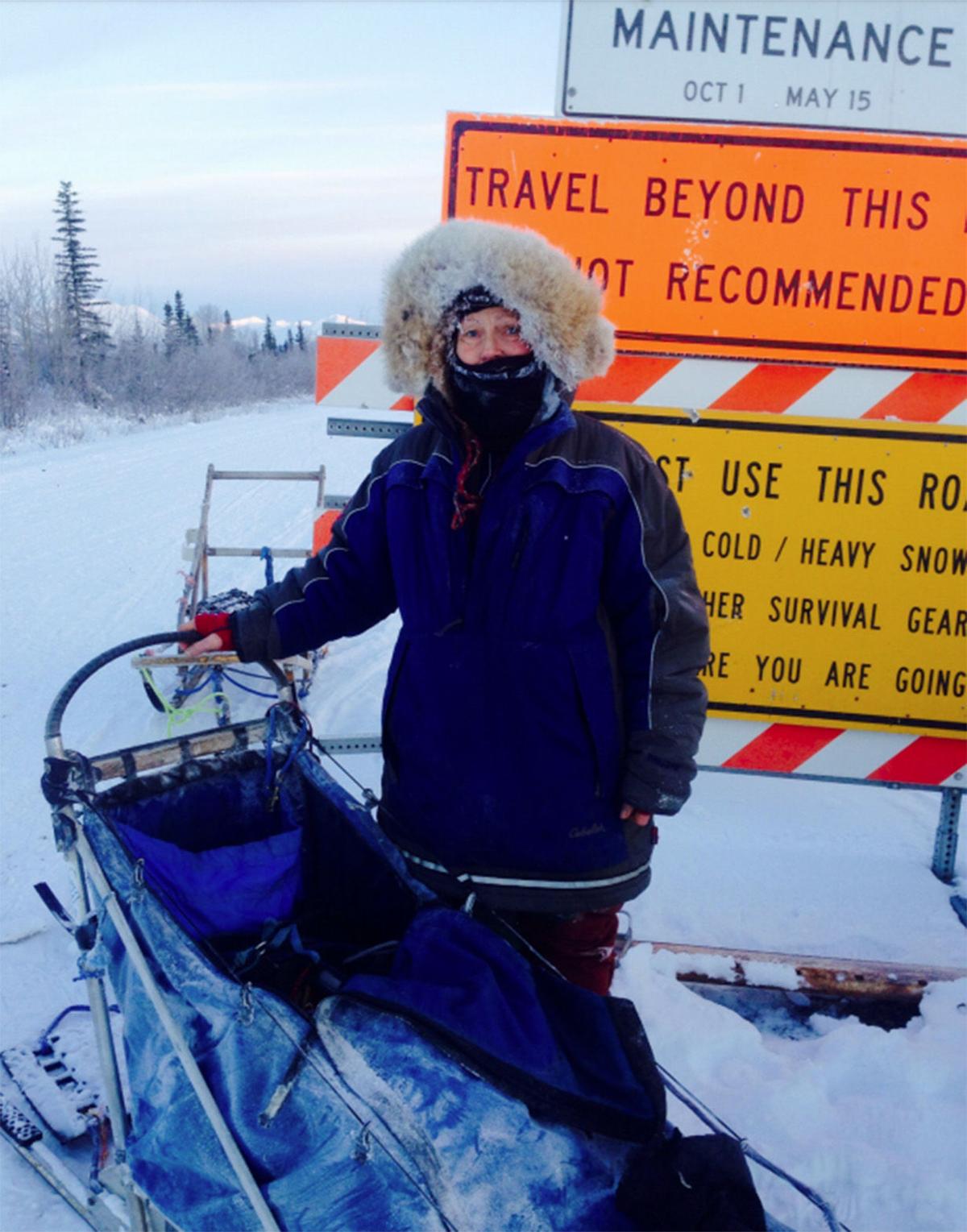 Juliah Deloach, used to be a professional chef in Southern California at a private country club catering to movie stars and Olympic athletes. What lured her away? The siren song of the North. 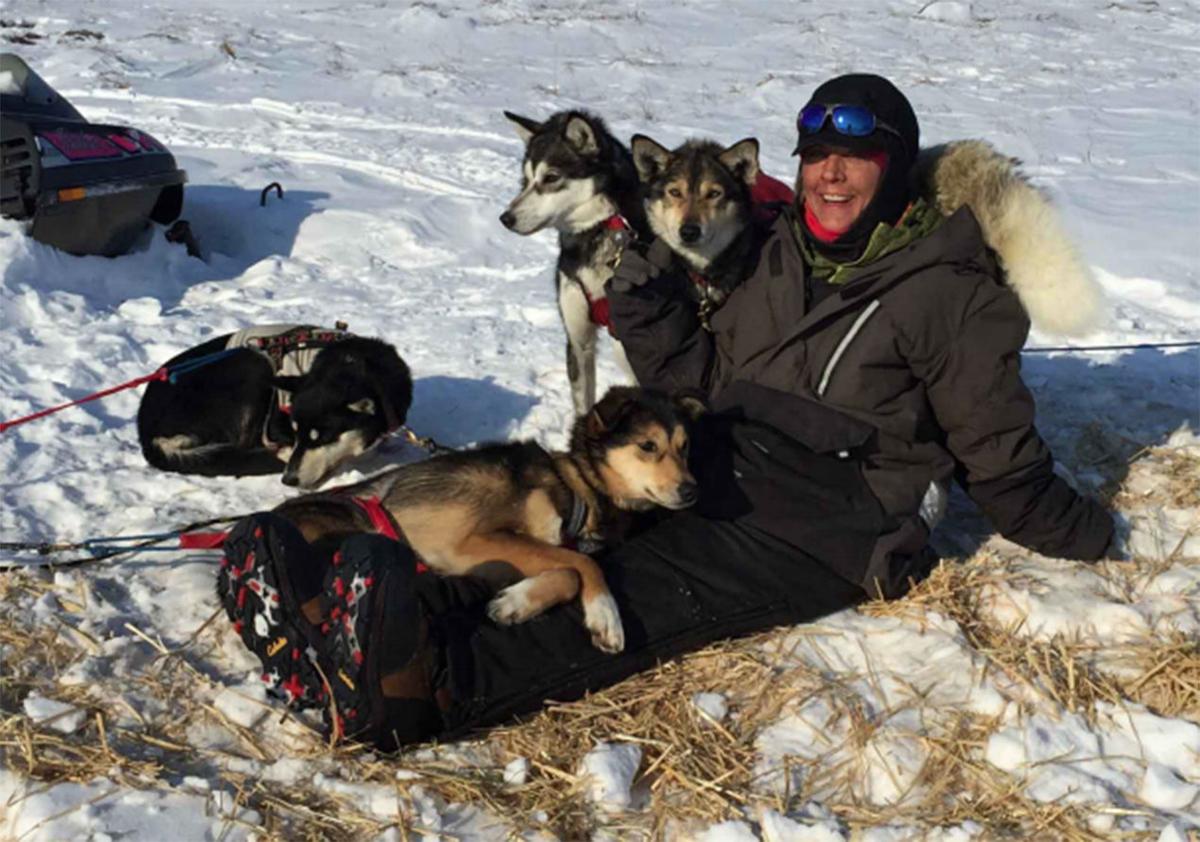 Stephanie Masters Johnson, who is vice president of the Nome Kennel Club, will be turning 54 during the expedition.

Marla BB, a former blues singer who is one of five mushers on the expedition, runs a touring and racing kennel in Western Massachusetts. She said she's been wanting to complete the Serum Run even more than the Iditarod or the Yukon Quest.

Juliah Deloach, used to be a professional chef in Southern California at a private country club catering to movie stars and Olympic athletes. What lured her away? The siren song of the North.

Stephanie Masters Johnson, who is vice president of the Nome Kennel Club, will be turning 54 during the expedition.

In January 1925, amid what was thought to be a tonsillitis outbreak, Nome’s only physician had a revelation. Dr. Curtis Welch realized that it wasn’t tonsillitis killing people, it was diphtheria. With barely enough serum to save half a dozen lives, a plan was hatched.

At the time, the only way to get to Nome during winter was a 30-day trip by dog team, through 50 below temperatures and 80 mph winds — a treacherous proposal. But with the lives of Nome’s children on the line, it was deemed a necessity.

And so, 20 people with more than 150 dogs banded together to relay the life-saving serum roughly 674 miles across the wilderness. The serum reached Nome in 127 hours and 30 minutes, a little over five days, setting a speed record that is yet to be broken.

In the decades since, the Serum Run has been commemorated numerous times with mushers completing the same trail, often in order to raise funds for charity or awareness of social issues. The last time this happened was in 2011.

Now, almost a decade later, the Serum Run is being revived by a group of five mushers and eight snowmachiners.

They will be following the traditional Serum Run Trail, stopping in various villages and staying at schools, in bush cabins, Arctic Oven tents and roadhouses along the way. The team will be holding screenings of “ATTLA,” the documentary about legendary sprint dog-musher George Attla, in most of the villages they stop at.

The project is the brainchild of Robert Forto, 49, a resident of Willow, who’s been mushing dogs since 1994.

“I started planning this way back in 2011, when the last Serum Run expedition took place,” Forto said, adding that he’s known about the trail since he was a boy. “I remember reading, back in school, about Balto and Togo and all of that.”

Originally from Colorado, Forto’s dog-sledding experience has mostly been short-distance — but he’s always wanted to take part in longer expeditions or races. He said he initially came to Alaska “like a lot of dog-mushers, with the crazy Iditarod dream.”

“But this is a more preferable way to do it, rather than racing,” he said.

Forto explained that he had researched various commemorative Serum Run expeditions — which, since 1997, were organized by Norman Vaughan, and were named after him following his death in 2005. While those expeditions fizzled out, Forto said he managed to get hold of the trail notes from the last completed run in 2011.

The Serum Run expedition remained just a dream for years; it wasn’t until Forto went back to school that he found a way to achieve it.

In 2014, Forto earned a bachelor’s degree, and he is completing a masters of science in sports management, specializing in outdoors adventure sports, at Liberty University. The masters degree requires a thesis project — Forto saw this as an opportunity.

“I thought: well, I’m a dog musher, so why not tie it into something I love to do?” he said.

With the Serum Run as his thesis project, Forto went about putting a team together. He was already part of a mushers Facebook group, through which he linked up with Stephanie Masters Johnson and Kirsten Bey, both based in Nome. Forto flew up to Nome last April and they began scheming.

“It being a university project, we had to jump through all sorts of hurdles and whatnot. We needed university approval and all those things. So it’s different to a lot of trips like this,” Forto said. “Once we did that, we started planning the initial stages of the trip. That took from April/May to around August.”

In August they put out notices inviting interested and experienced mushers to apply to be part of the team. While he was originally planning on mushing, Forto ultimately opted to snowmachine alongside the mushers, essentially acting as a handler. After interviewing a couple dozen people, they put together a team of 13. Forto explained that each person was designated a role.

The mushers, dubbed “the Fabulous Five” are all experienced female dog-runners. Bey, 64, is a retired public defender and has completed the Iditarod and the Canadian side of the Yukon Quest, among others.

“The 1925 Serum Run Trail is one more old time trail I’d like to see by dog sled. One last big adventure with my dogs as we are all aging out of such activities,” she wrote in a news release for the run.

Johnson, who is vice president of the Nome Kennel Club, will be turning 54 during the run.

“I serve on the Board of the Iditarod Historic Trail Alliance and have learned so much information of the jistoric Iditarod trail (from Seward to Nome) and the state of Alaska,” she wrote. “I am so blessed to live in such a wonderful and majestic place.”

Also joining the expedition are Kathleen Frederick, 68, from Palmer, and Juliah Deloach, 60, from Willow. Both consider the Serum Run trail as a bucket-list item, as does Marla BB, 60, who splits her time between Two Rivers and Western Massachusetts. Marla BB is her former stage name. “That’s how I’m known,” she said.

“Kirsten (Bey)’s done everything but the serum run,” she said, before explaining her own impetus for joining the expedition. “This allows me to cross Interior Alaska with dogs and stop at the villages at night. Even more than the Iditarod and the Yukon Quest, this is something I want to do.”

BB owns Hilltown Sleddogs, a touring and racing kennel in Western Massachusetts. Before she dedicated herself to dogs, she was a nationally touring blues singer, fronting the band Marla BB and her Sassy Mama Blues. BB said that she ran sled dog camps all summer, working every day she could, in order to take the winter off to train. Over the past couple of months, she’s been running her dogs 30-50 miles a day in preparation.

“I had given up tens of thousands of dollars this year. I gave up making money, so I could train my dogs,” she said. “I am living my dream — but I did bust my butt making my dream a reality.”

BB noted that, while the whole team is highly experienced, only one of the snowmachiners has completed the Serum Run Trail before: their trail leader, Phil Pryzmont. While Bey has attempted it once, she only made it to Galena.

Pryzmont, 41, is a commercial halibut, cod, and crab fisherman, who enjoys ice fishing, hunting and building sleds during his downtime. Forto emphasized the importance of having him as part of the team.

“Our trail boss has been on the trip a couple of times,” Forto said. “We‘re relying on that experience heavily. Most of us have never done anything of this magnitude.”

Along with Pryzmont and Forto, the other six snowmachiners range from former Iditarod competitors to outdoors enthusiasts seeking an adventure.

“We have a vet who’s coming from Delaware, but he does clinics in Nome so he’s familiar with Alaska. We’ve got quite the crew from around the country here,” Forto said. “I’ve only met two or three of these folks to date, so it’s going to be really interesting when we all come together in Nenana in a couple of weeks.”

Despite the perilous terrain and climate, Marla BB said that the fact that this isn’t a race takes some of the pressure off the team. They won’t need to push the dogs as hard, and each snowmachiner will carry a couple of dog crates in case any of them need resting.

“When you mush on an expedition, rather than a race, you take off the harnesses from the dogs, because they’re going to be sleeping for eight hours and not four,” she said. “And you’ll have time to dress the dogs again in the morning.”

“They say, a lot of times, that the dogs actually get stronger as you go along the trail,” she added.

BB was also excited about stopping in the villages to show the documentary and offer dog vaccines. She said the timing all feels “fortuitous”; each of the mushers had planned to do the Serum Run Trail at some point and Forto popped up as the catalyst.

Forto didn’t sound nervous. On the contrary, the excitement was palpable in his voice.

If everything goes according to plan, the team will be arriving in Nome on March 10.