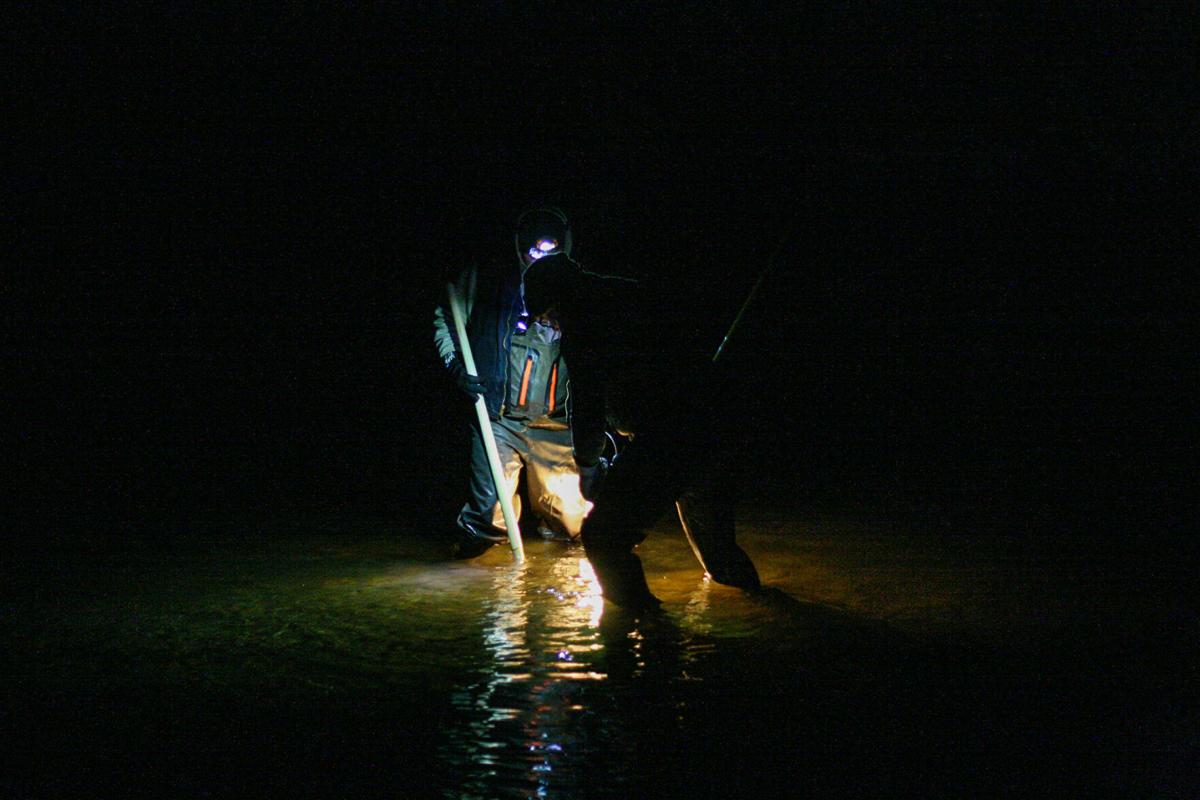 This year, the Department of Fish and Game is doing away with its first-come-first-serve permit issuance system for the Chatanika Sear Fishery, due to public health concerns over COVID-19. 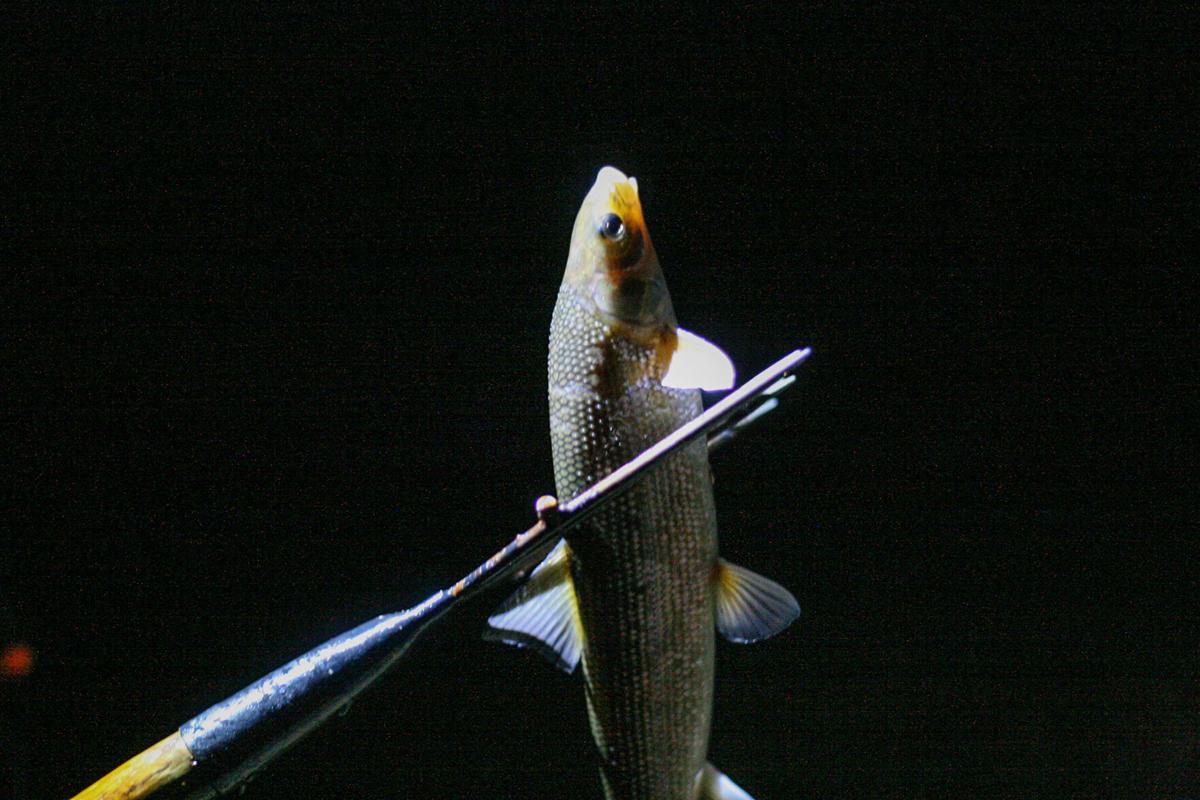 A whitefish is photographed after being speared in the Chatanika River in 2019.

This year, the Department of Fish and Game is doing away with its first-come-first-serve permit issuance system for the Chatanika Sear Fishery, due to public health concerns over COVID-19.

A whitefish is photographed after being speared in the Chatanika River in 2019.

Typically, if you want to take part in the Chatanika River Personal Use Whitefish Spear Fishery, you have to join the queue — literally. For years now, the Alaska Department of Fish and Game has handed out a very limited number of permits on a strictly first-come-first-serve basis. This year, public health concerns surrounding the coronavirus pandemic have changed that.

Tim Viavant, regional supervisor for the department’s sports fish division at the Fairbanks office, explained that, in normal years, the exclusivity of the permit and the first-come-first-serve system of distribution often resulted in crowds of hopeful fishermen gathering outside the local fish and game office.

“In the past we’d pick a day in August, usually around Aug. 15-20, somewhere around there,” he said. “People would line up outside the building. We’d have a big flurry of activity and that would be the end of it,”

According to Tanana River Area Management Biologist Heather Scannell, in 2019, the permits were gone within three and a half hours.

This year, the department decided to follow the lead of a number of other divisions and agencies by implementing an online random lottery system. The online application period begins this Saturday at 12:01 a.m. and ends August 15 at 11:59 p.m. To enter, applicants must apply at the Fish and Game online store, which can be found here: bit.ly/312cCML.

Viavant said that the department is trying to avoid any situation involving members of the public crowding together, in order to inhibit transmission of the highly infectious coronavirus.

“The fishery itself is not really going to change at all,” Viavant said. “The opening periods, the regulations, the bag limits, none of that is changing.”

This year, a total of 225 permits will be issued randomly during the week of Aug. 17. In order to enter the permit lottery, a valid State of Alaska resident sport fishing license is required. Only one lottery entry is permitted per household and only one permit per household will be issued.

Successful applicants will receive their permits via email by Aug. 25. Permit-holders are required to print and sign their permits before participating in the fishery.

When asked why the department never issued permits for this fishery via a lottery system in the past, Viavant replied “I guess that’s a good question.”

“It wasn’t until maybe around 10 years ago that (U.S. Fish and Wildlife) started doing random drawings for some of their permits,” he said. “We just felt this was a good time to change the way we’re doing it.”

He explained that, although some years — like 2019 — fishermen really had to rush to get hold of a permit for the spear fishery, most years the 200-225 permits seemed to meet roughly the level of demand.

“People could often just walk in later in the morning to get one,” Viavant said. “It wasn’t like there was so much demand that there was pressure to have a lottery.”

Participation in the fishery itself has been deliberately limited in recent numbers due to relatively low numbers of white fish. Vivant said it’s still unknown whether this was due to over-harvest or environmental changes or a variety of factors — but this largely is why the Board of Fish designated the fishery as personal use, rather than as a sports fishery.

With the limited numbers of permits and a highly contagious virus going about, Vivant said, “This just seemed like a much more reasonable way to go about it.”

This year, the fishery will open on Sept. 10 and close on Oct. 12. The bag limit will be 10 whitefish per permit and sheefish and Arctic grayling may not be speared or retained.

Vivant said that the department does not have any up-to-date species-specific assessment data for the whitefish stocks that migrate from Minto Flats to spawn in the Chatanika upstream of the Elliot Highway bridge.

He noted that, because the fish move mostly at night, participation — and success — in the fishery is highly dependent on weather and the level and speed of the river.

“The fishery is really dependent on water levels and river conditions, because it’s a visual fishery,” he said. “If it’s really snotty and rainy out, way fewer people will participate.”

If you have trouble navigating the website, department staff are available to help you over the phone and can be reached at 907-459-7357. For more information, you can contact Heather Scannell, Tanana River Area Management Biologist at 907-459-7357.