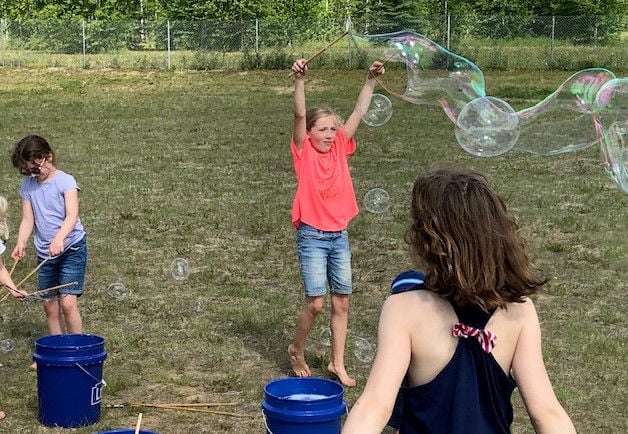 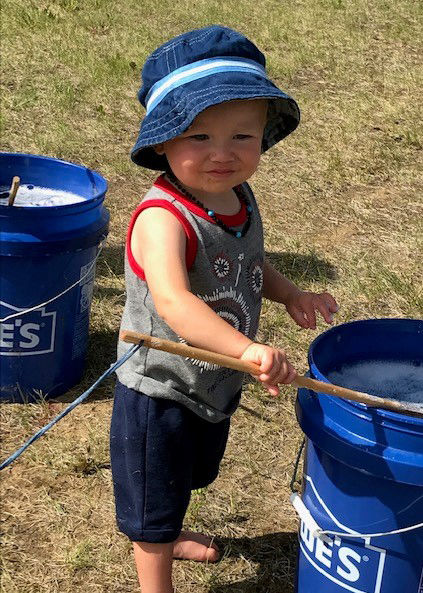 Checking out a bucket full of bubbles. John Unruh photo 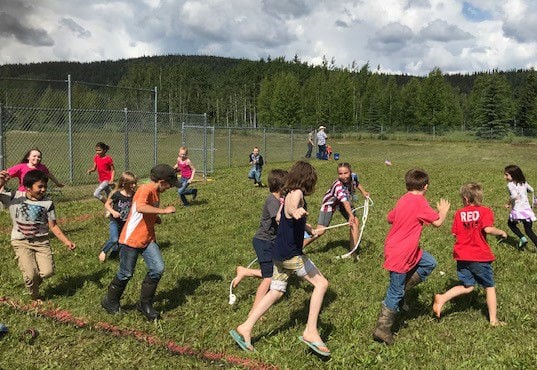 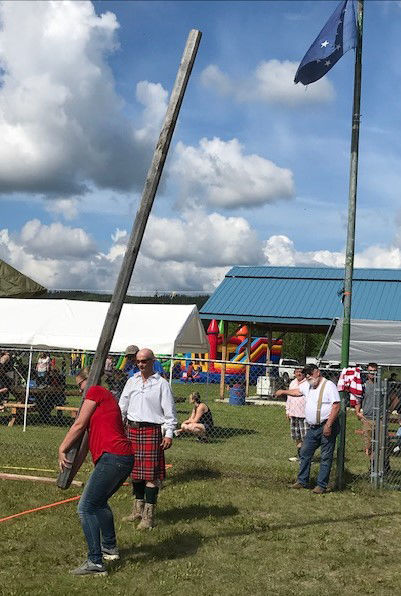 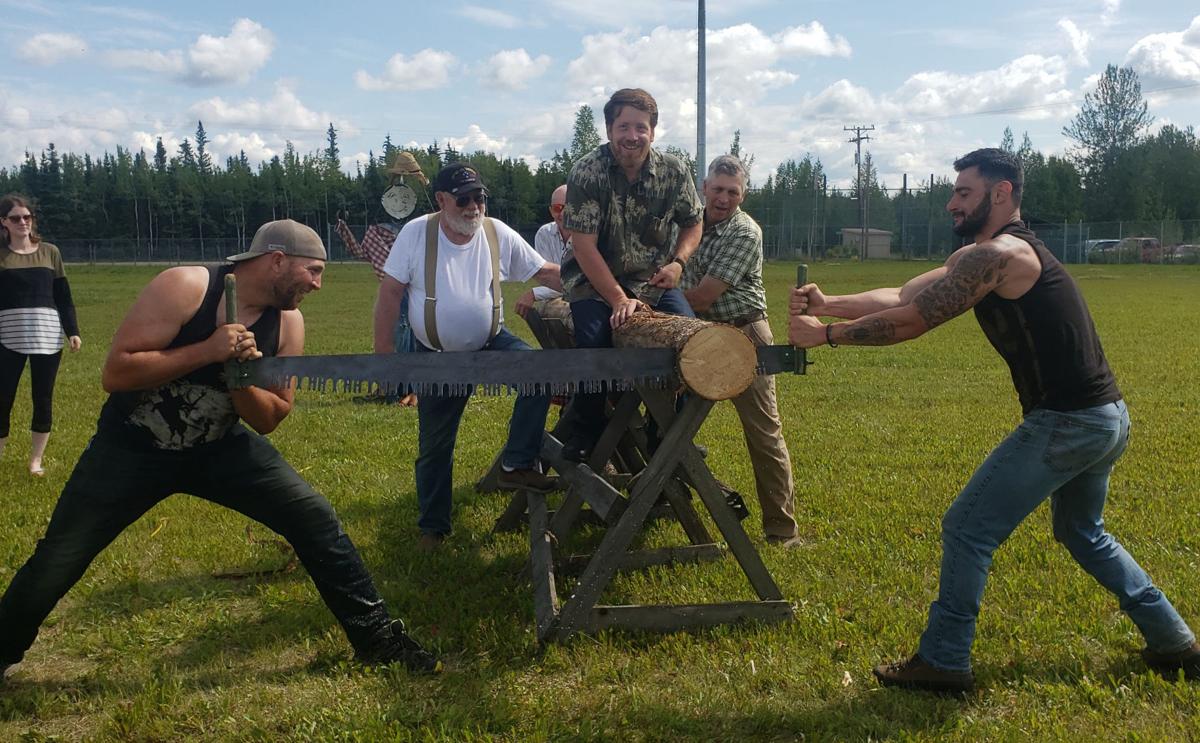 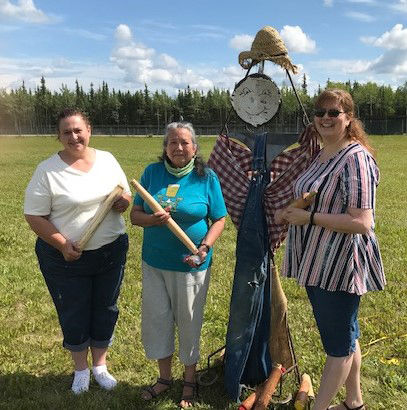 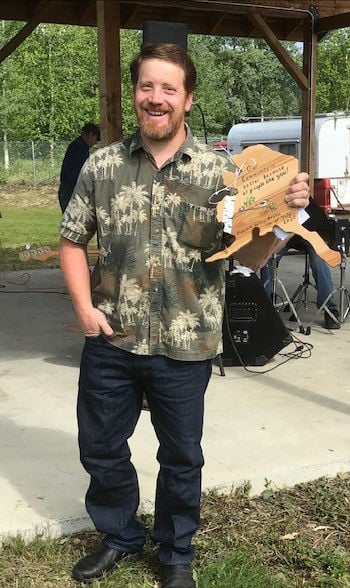 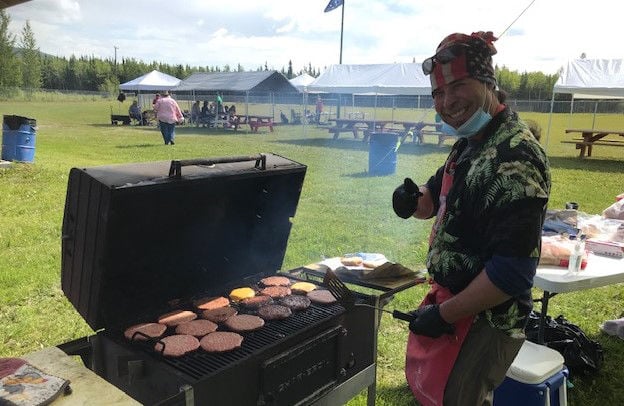 Checking out a bucket full of bubbles. John Unruh photo

Following the wishes of John Adams, second U.S. president who said, “It (Fourth of July) ought to be solemnized with Pomp and Parade with shews, Games, Sports, Guns, Bells, Bonfires and Illuminations from one End of this continent to the other from this Time forward forever more,” the annual Two Rivers/Pleasant Valley Fourth of July celebration took place near the ball fields of the Community Center at 23.5 Mile Chena Hot Springs Road.

Roy Hessner sang the national anthem and Pastor Wayne Shea gave an invocation to start the festivities. Music by the Mike Stackhouse band of Mike, Larry Raines, Pat Costello, Rif Rafson, accompanied by Michael Kramer (aka “Rattles”) on his washtub base got everyone ready for food and games.  The aroma of  burgers and hot dogs wafted through the grounds. Konrad Bolz of Mein Diner and Barbie Howard of 24 Mile Java oversaw the food.

Ginger McKee, who is retiring as the event coordinator after 20 years, welcomed new coordinators, Dave and Lydia Olszowy. Ginger McKee said “it’s been great to watch everyone grow up, get married and bring their own families.”

Andy Harper brought his bagpipes to enliven the atmosphere with a few tunes, including “Scotland the Brave.” Mark Shea received the “Two Rivers Community Good Neighbor Award” for his dedication and service to the community. A silent auction featured items donated by local businesses and individuals. Proceeds go to the annual Fourth of July event.

Val Chappelle corralled a throng of eager youngsters into games and contests while Jessica Harper took charge of the adult contests. Deonte Tift kept a watchful eye on the kids in the Bouncy Hauses.

As the afternoon waned, friends and neighbors collected their prizes and items, grabbed one last hot dog and made plans for next year.

Supporters of the 2020 Fourth of July celebration

The 2020 Fourth of July celebration by the Two Rivers/Pleasant Valley Communities would not have been possible without the support of numerous businesses and individuals.  We thank every business and individual that helped make this event successful.