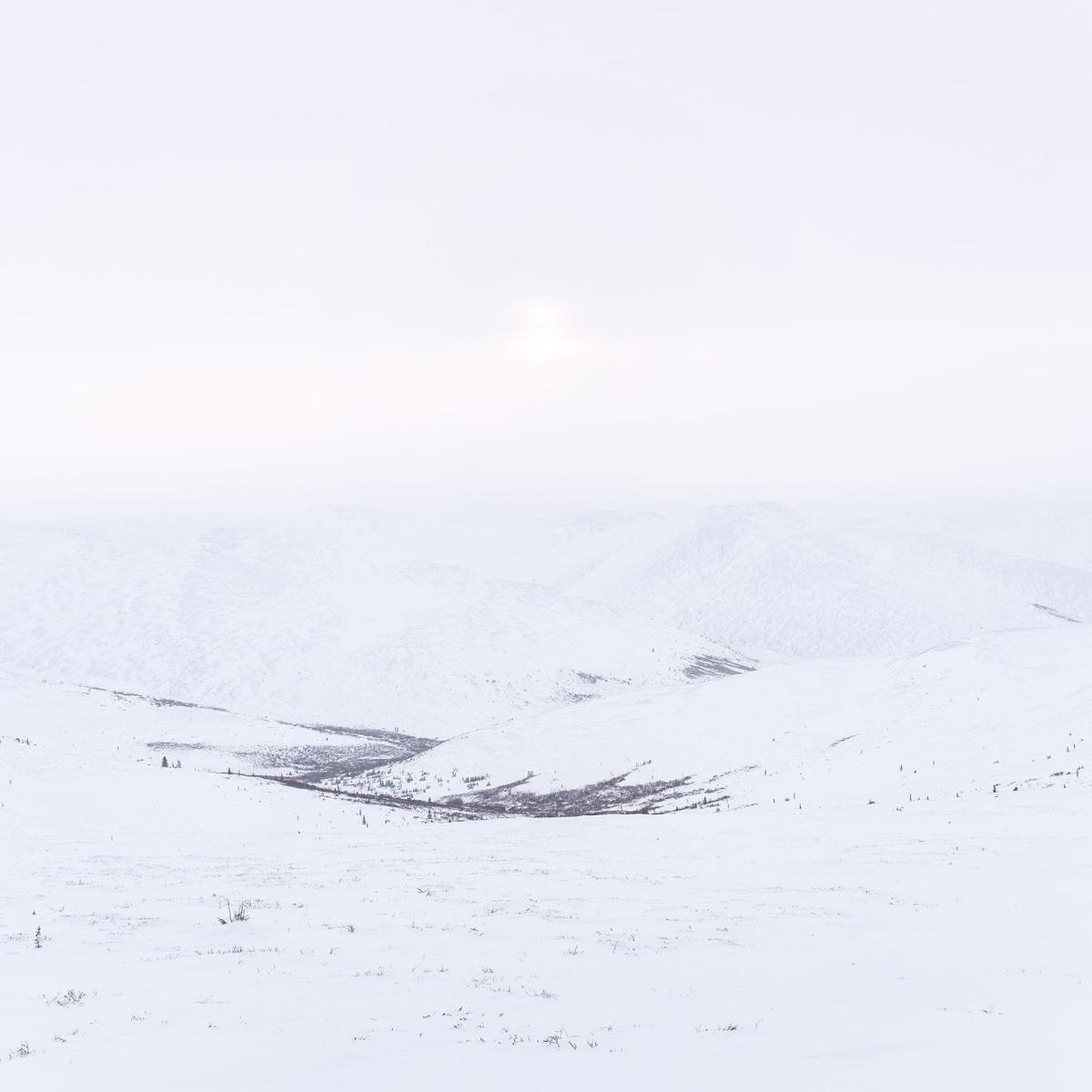 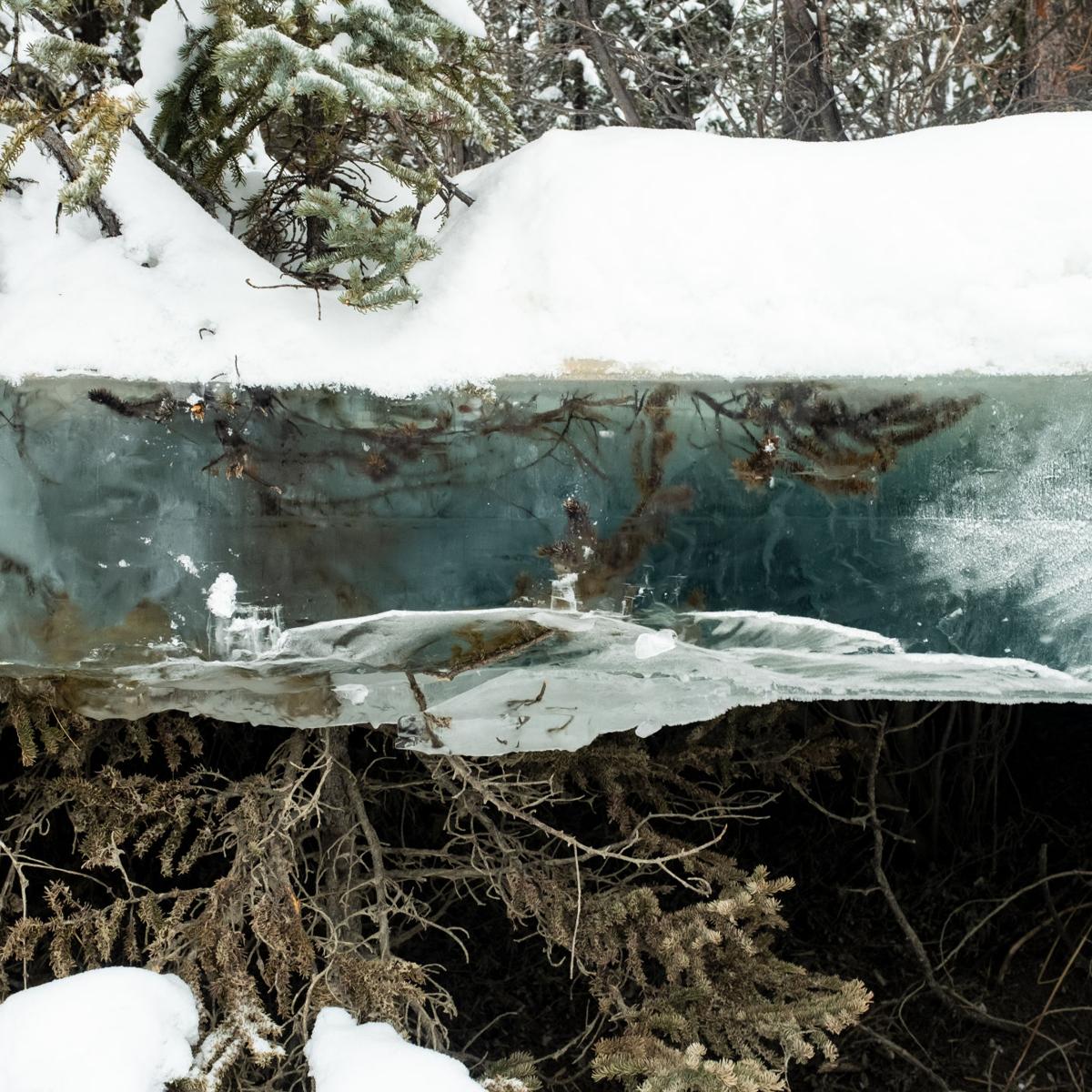 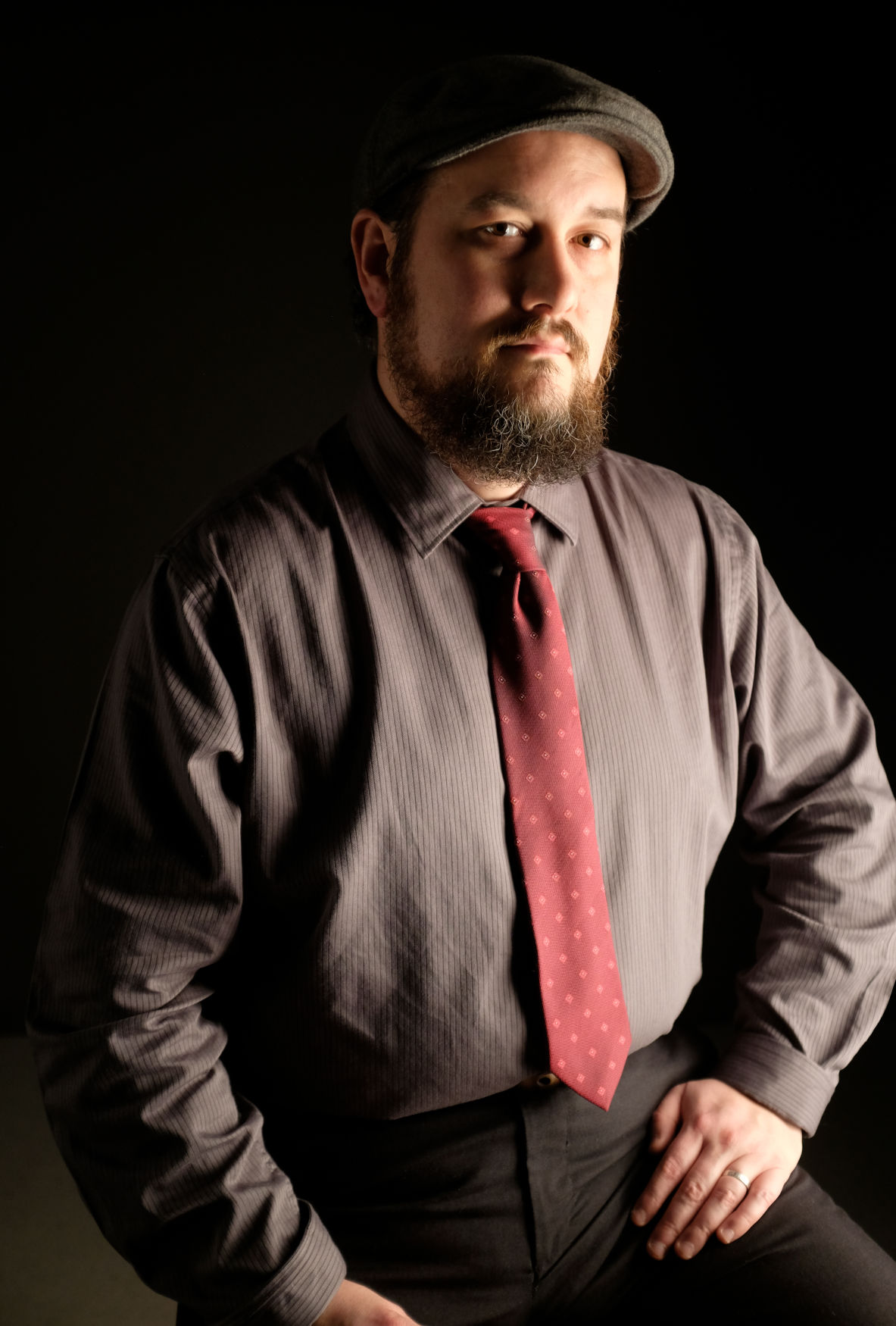 “I spent three years living in Germany,” Fairbanks photographer J. Jason Lazarus said, explaining why capturing the past is a dominating element in much of his work. “I was so used to being right at the doorstep of history. Americans have this nasty habit of bulldozing our history. Especially in Alaska.”

Preserving the past before it vanishes is the objective of a significant portion of Lazarus’s photography. Two of his projects feature images from the abandoned mining sites that litter Alaska’s backcountry. Lazarus said he feels deeply connected to these places. “I go into these spaces and I still hear the hum of the machines. I feel like there’s a force left behind. I wanted to capture that.”

Lazarus, a photography instructor at UAF, came into his art unintentionally. He grew up in a military family, constantly moving. As a teenager his father was stationed in Fairbanks and he finished high school at Lathrop. There he first took up photography as an elective, and dove into every aspect of it he could.

After graduation, he remained in Fairbanks and attended UAF, earning a photojournalism degree in 2003. Then he began instructing others. “I have been teaching since 2005,” he said. “From basic film and darkroom photograph to digital. History of photography, and alternative processes.”

Teaching prompted him to expand his craft. “When you have a classroom full of hungry students and they start doing work that’s challenging your own, you push yourself,” he said. He enrolled in San Francisco’s Academy of Art University, earning an MFA in 2014. This is when his varied and unique approaches to Alaska began to take form.

“Stories Fading Fast” was his thesis project. For these photographs he visited ghost towns and old mining camps, where he took two pictures of identical scenes. The first was the setting alone, while the second included people dressed in period clothing, engaged in activities that were common when the sites were being worked.

Lazarus then combined the images in a manner that makes the people appear transparent, like ghosts still present. He used a 160-year-old printing process called Van Dyke Brown that resulted in warm, almost sepia-toned pictures that appear historic. In this manner he breathes life into places abandoned and largely forgotten.

In one site he found crayon scrawling on the wall and posed his son as the child making it. “As soon as I saw that I came up with this Norman Rockwell moment of the kid getting scolded as the husband’s coming home from work.”

At the other end of the spectrum, his series “Living Light” also explores abandoned mines, but here he set up his camera and took 30 second exposures. While the lens was open, he used sparklers, gel colored flashes and more to illuminate the scenes. In contrast to the black and white of his earlier work, in these images, blazing colors enliven the settings, giving the photographs a modern, almost urban appearance. They appear computer enhanced, but were produced entirely through hands-on practices.

“I wanted to imbue my images with more meaning and story, and have a deeper impact,” Lazarus said, in explaining how he came to the starkly differing approaches these two projects take to the same subject matter.

More recently, Lazarus turned his attention to World War II. He was given decades worth of photography equipment and supplies that included a box of photograph paper that expired five days prior to the bombing of Hiroshima in 1945. From this he was inspired to create his series “Emblems and Artifice.”

These images were made using a process called chemigram that involves covering photographic paper with what is called a “resist,” something that blocks chemicals from touching the paper in the darkroom. He would then etch a symbol into the sheet and begin a process of alternating between developer chemicals and fixer chemicals. The resist slowly peels off and the image acquires a rust tone.

Lazarus etched an atom symbol on the first piece in this series, then made additional pieces centered on images associated with the war, ranging from resistance signs to Nazi emblems. “I wanted to use all of these World War II symbols, some less well known than others, to talk about the history and the dual nature of those symbols, and what it meant for both sides,” he explained. Although when it came time to use the swastika, he only put enough of it in to make it recognizable, but not the full thing. “I didn’t want anyone to assume that I was making art of hate symbols,” he emphasized.

As a child, Lazarus toured the Dachau concentration camp, which left an indelible impression on him. “I saw the bones in the ovens that were still there in the 80s. That changes you. You see that conflict in a completely different fashion,” he said. Honoring that history is important to him in a time when increasing numbers of people deny these facts, and the world seems to be slipping back toward the sorts of authoritarianism that led to global war.

Another project is “Skookum,” which involves landscape photography, something he never thought he’d take up. But rather than focus on the beauty most photographers seek out, Lazarus looks to the bleak winter landscapes that Alaskans live with day to day.

“I started to seek out the Alaska that we, as Alaskans, have to embrace and contend with,” he said, adding that he celebrates “that kind of dull hue of a winter sky and the beauty of simplicity in design and balance

While his landscape work is a move away from historic imagery, it fits in with another aspect of what Lazarus does: show quiet resilience in the face of sadness and struggle. “Sure, the fireweed blooming in summer is beautiful,” he concluded, “but on the other hand, this is what we deal with eight months out of the year. This is home for me, much more than anything else.”

J. Jason Lazarus has work included in “Rarified,” the largest traveling photographic show in Alaska, currently on display at the Venue downtown. His website is obscura-works.com.