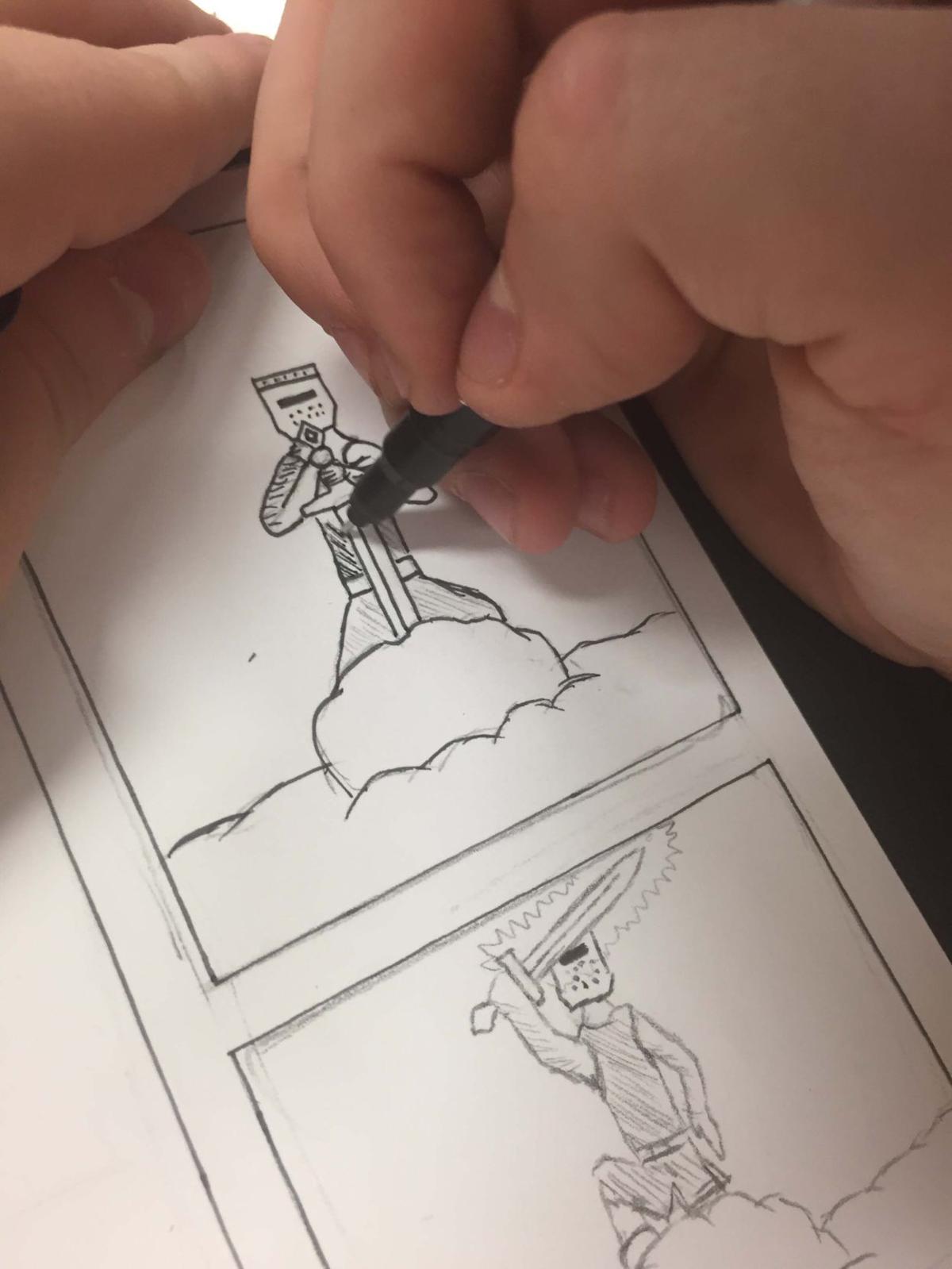 Students create cartoon drawings during the artist in residence program. 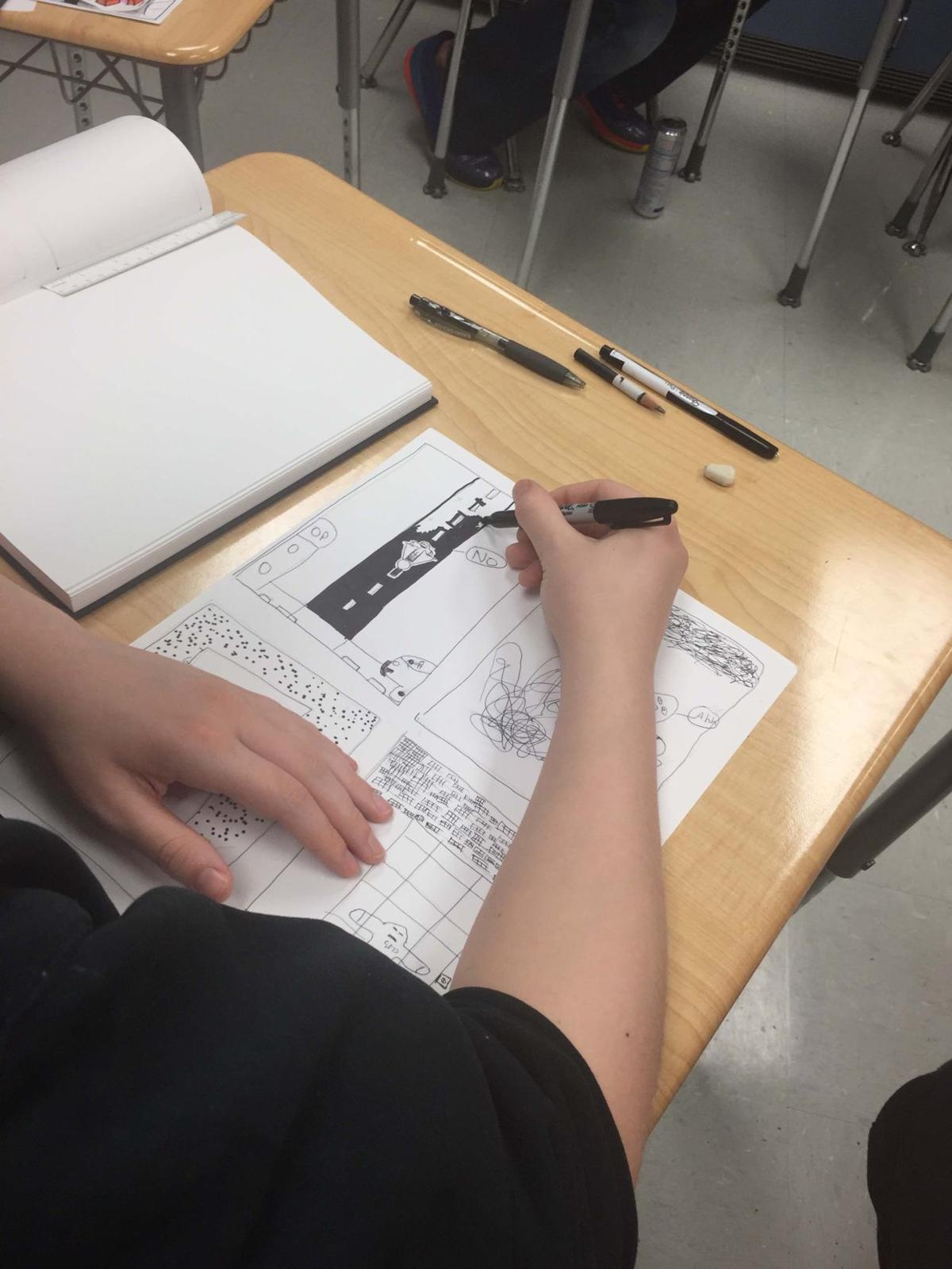 A student at Golden Heart Academy works on a cartoon sketch. 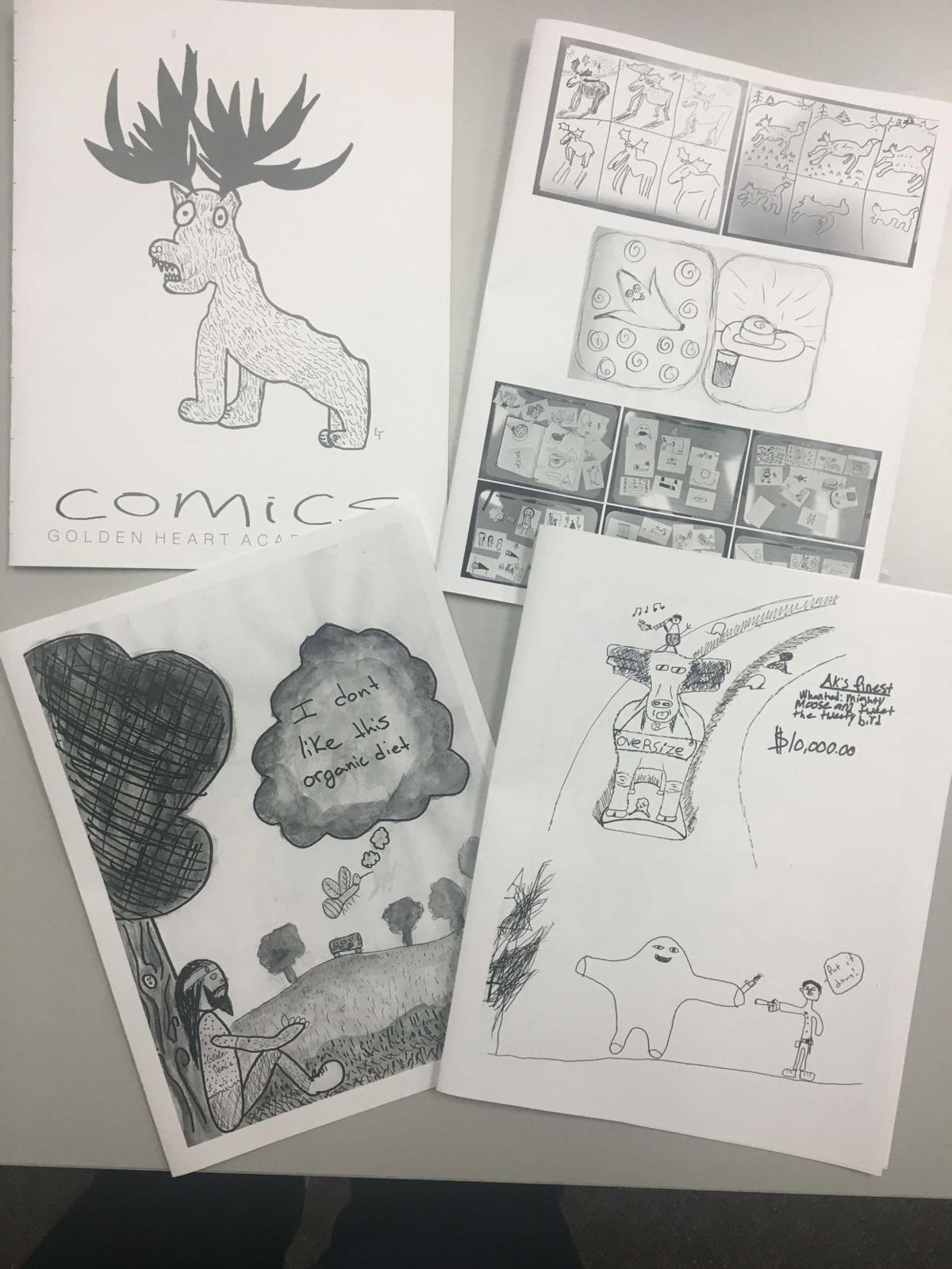 Pages from a comic book created by students at Golden Heart Academy at Fairbanks Youth Facility are seen. The students made the cartoons while Jamie Smith was an artist in residence, Dec. 11-15. 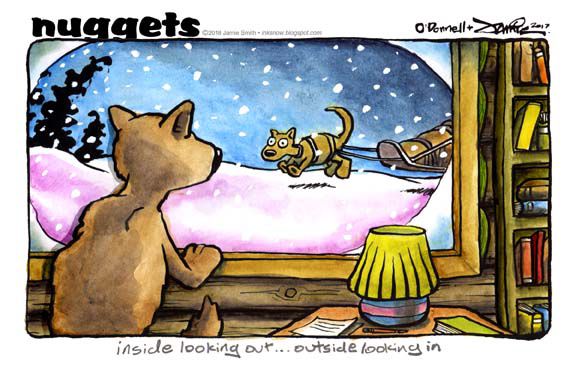 Jamie Smith cartoons were made and inspired by his experience as an artist in residence at the Fairbanks Youth Facility.

Students create cartoon drawings during the artist in residence program.

A student at Golden Heart Academy works on a cartoon sketch.

Pages from a comic book created by students at Golden Heart Academy at Fairbanks Youth Facility are seen. The students made the cartoons while Jamie Smith was an artist in residence, Dec. 11-15.

Jamie Smith cartoons were made and inspired by his experience as an artist in residence at the Fairbanks Youth Facility.

FAIRBANKS — Jamie Smith believes puns and silly cartoons can change lives, but he tried not to be preachy about it when he found himself teaching incarcerated students at Fairbanks Youth Facility.

Smith is the cartoonist behind the “Nuggets” comic, a strip about Alaska life, and especially wildlife, that appears in the Daily News-Miner and elsewhere. As an artist in residence, Smith spent a week last month teaching cartooning to a dozen students at Golden Heart Academy, the Fairbanks North Star Borough School District school inside the Fairbanks Youth Facility, the juvenile jail that’s next to Fairbanks Correctional Center.

He said after the experience that he felt especially connected to these students but also in a poor position to judge them because he’s a high school dropout who used various hard drugs when he was growing up in upstate New York. He credits cartooning with helping keep him out of more trouble, changing the people he hung out with, and how he spends his time.

“The only difference between them and me is I never got caught. But I never mentioned that to them. I just came in. It was a clean slate like any other class,” he said.

“‘Art changes lives’ might sound kind of cheesy, so I say cartoons, comics will change your lives.”

Smith’s class was part of the Fairbanks Arts Association’s artists in schools program, which organizes 20 to 30 weeks of artists in residency at borough schools each year. Smith was the first artist to teach a class at Golden Heart Academy through the program. He has also been an artist in residence at Ben Eielson Jr./Sr. High School on Eielson Air Force Base.

At the Fairbanks Youth Facility, the program was similar to his classes for conventional high school students, with a few adjustments because of facility rules about potential weapons. For example, instead of dip pens, students used rubber pencils and sharpie markers for their drawings.

Ordinarily, an artist in residence would spend time working in a public space like a library during an artist in residency program, but there wasn’t a space like that at the Fairbanks Youth Facility. Instead, Smith went to lunch with the students and doodled pictures at the cafeteria. He marveled at all the ways the kitchen found to cook chicken (chicken tenders, chicken fajita, chicken fries, chicken fried rice) and picked up some local slang to describe the hamburgers floating in water in the cafeteria line, which the students called “waterburgers.”

“They (the students) were like ‘Why are you drawing this?’’” Smith said. “I said ‘Well you get ideas everywhere. I’m here, it’s in front of me. I’m drawing it.’”

In class, Smith taught cartooning exercises such as simplifying images by drawing the same images in increasingly short amounts of times. In cartoon “jams,” students build a sequential comic together by taking turns drawing each panel. Some students drew comics about being behind bars; others seemed to be inspired by Smith’s animal-centric toons. One student drawing shows two dogs, one free and the other on a leash. “I see you got  ... The Leash,” the loose dog says. “Yah I’m outta the pound on bail,” the other dog says.

At the end of the class, Smith put together an anthology of the cartoons and gave every student a copy.

Smith said one of his “Nuggets” cartoons drawn after the artist-in-residence program was inspired by the experience. Like the student drawing, it has two dogs looking at each other, one in a cabin, one outside on a dog team.