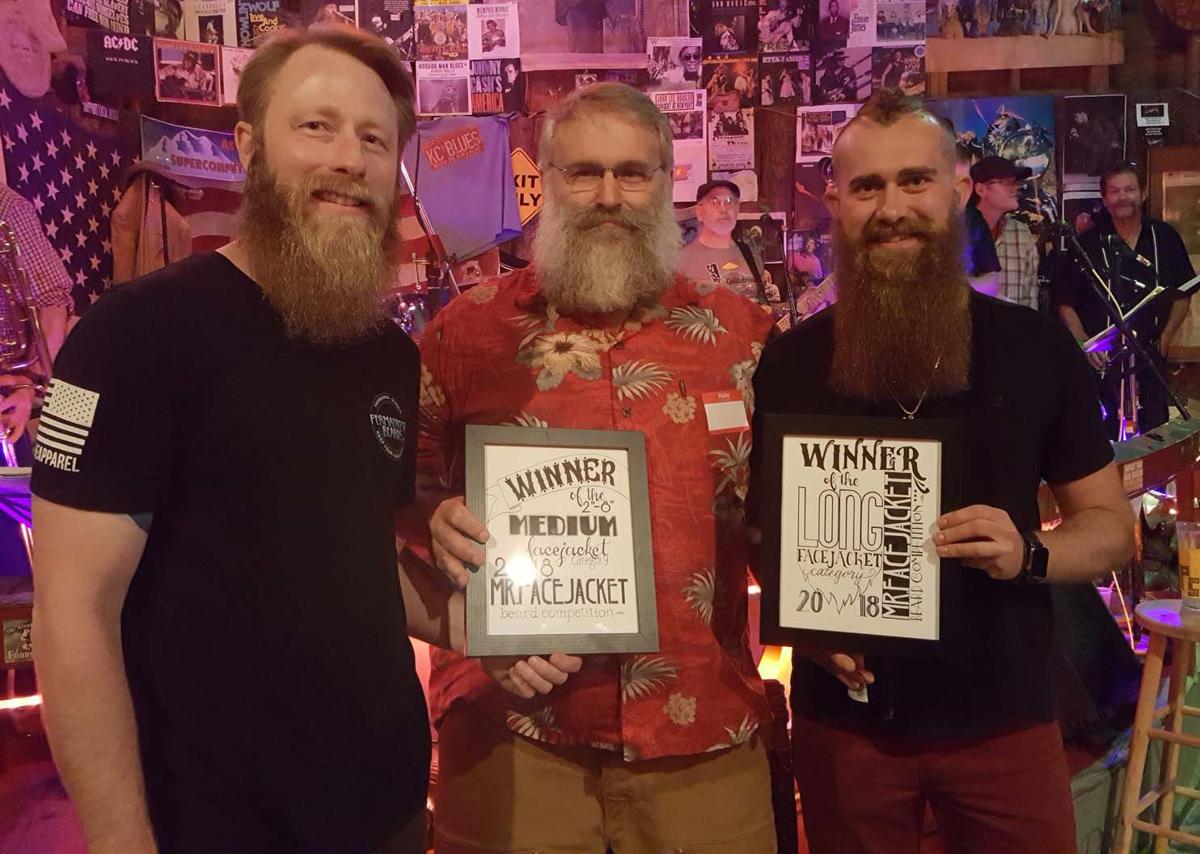 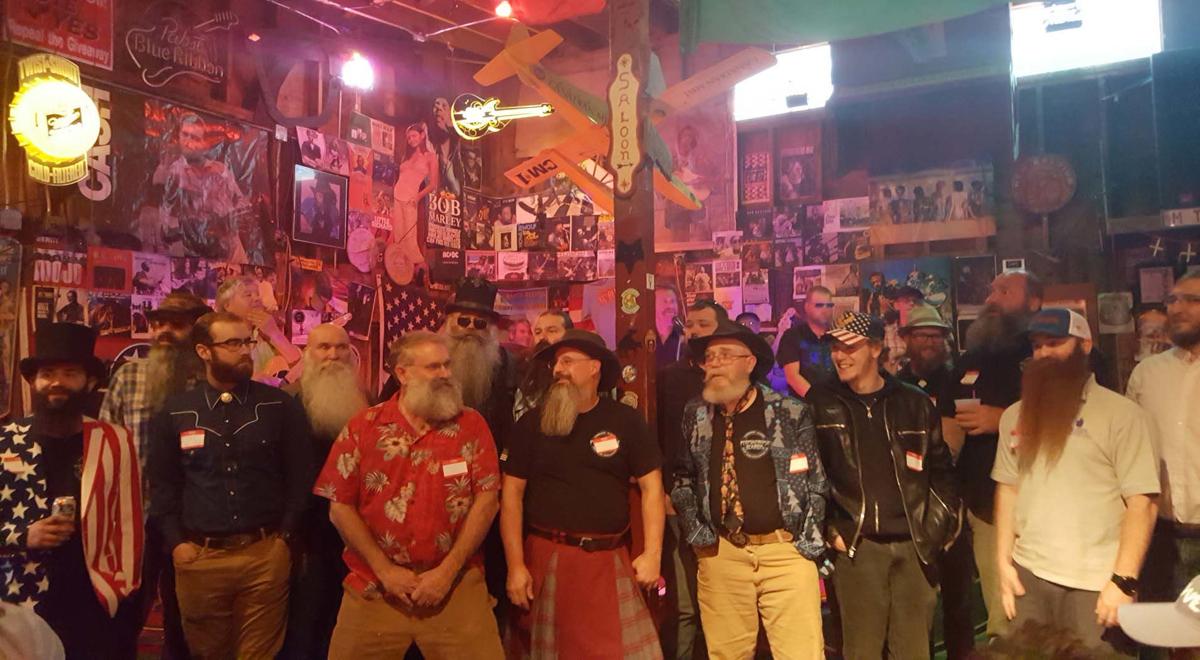 Contestants join the 2018 Mr. Facejacket Beard Competition, sponsored by Permafrost Beards and held at the Howling Dog Saloon on Aug. 25 in Fairbanks. 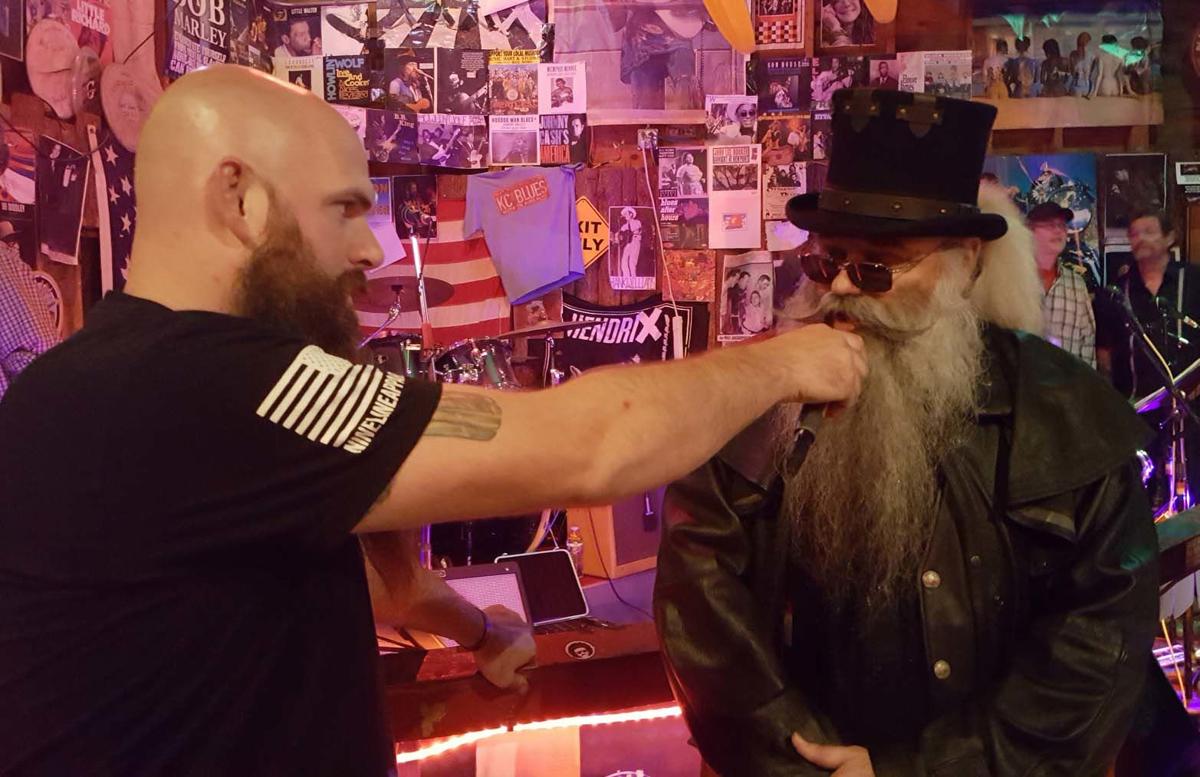 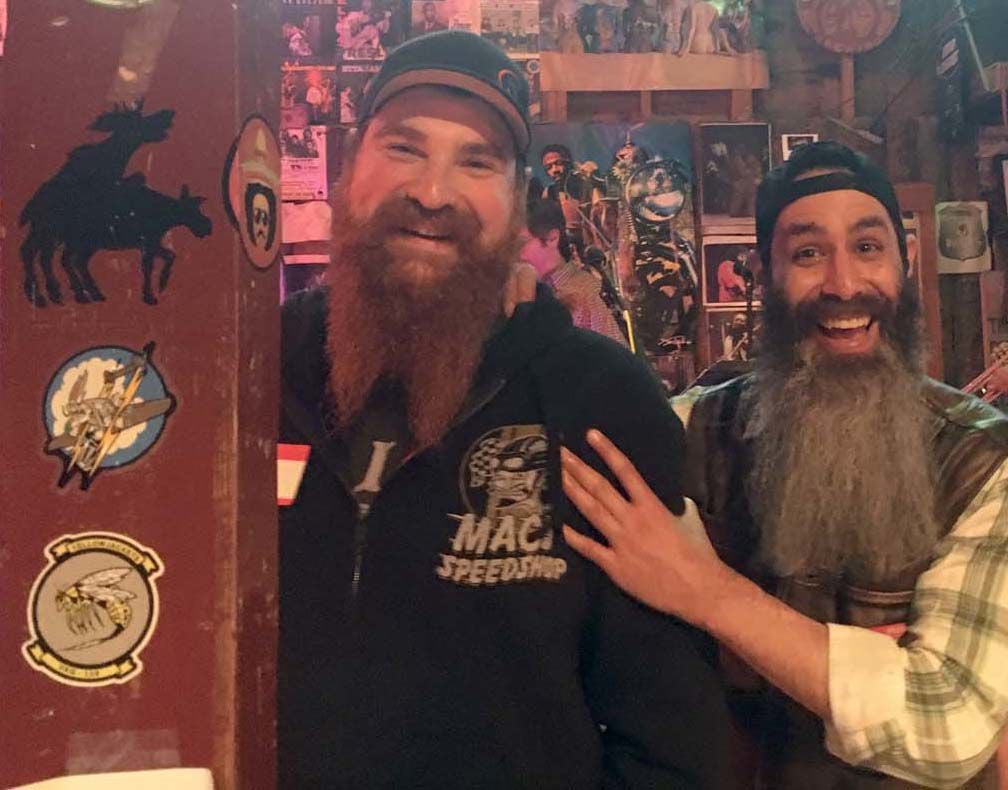 Contestants join the 2018 Mr. Facejacket Beard Competition, sponsored by Permafrost Beards and held at the Howling Dog Saloon on Aug. 25 in Fairbanks.

No, he didn’t have a hot date. It wasn’t even the hair on his head that Bruck fussed over. It was his beard, which he styled into curlicues, leading him to win the 2018 Mr. Facejacket Beard Competition in Fairbanks.

“Sometimes, you have to go that extra step if you want to win it all,” said the 32-year-old delivery driver from Anchorage.

Bruck won in the freestyle division and best in show at the Aug. 25 beard contest sponsored by Permafrost Beards and held at the Howling Dog Saloon.

Bruck is president of the Southcentral Alaska Beard and Mustache Club, whose members will be competing at the Alaska State Fair beard contest in Palmer today, World Beard Day.

Bruck has traveled around the country competing in beard contests after winning in the brown beard category of the Alaska State Championship Beard and Mustache Contest. The contest is held each year at the Miners & Trappers Charity Ball as part of the Anchorage Fur Rendezvous festival.

“All of these beard competitions raise money for charity,” Bruck said. “That’s what I like about these competitions. You are not winning money, you are winning trophies. You are helping with charity.”

The 2018 Mr. Facejacket Beard Competition drew 49 competitors who were judged on size, cleanliness, shape, style, showmanship, crowd applause, color and beard quality. There was also a mustache category. Five judges scored the facial hair. Competitors were mostly from Alaska, though a few came from Washington and Ohio.

Orion Briel, who won the long beard category, said it was his first beard competition.

“The last time I shaved was the day before I moved up here,” said the aircraft maintenance worker at Eielson Air Force Base who has lived in Alaska for about a year and a half.

The 27-year-old Briel said his beard requires daily maintenance. He washes it, blow dries it and applies beard oil.

“I have a baby face. It helps me look a little bit older,” he said.

Briel entered the contest with some coworkers and has enjoyed the notoriety from winning.

“I don’t have plans to shave anytime soon,” he said.