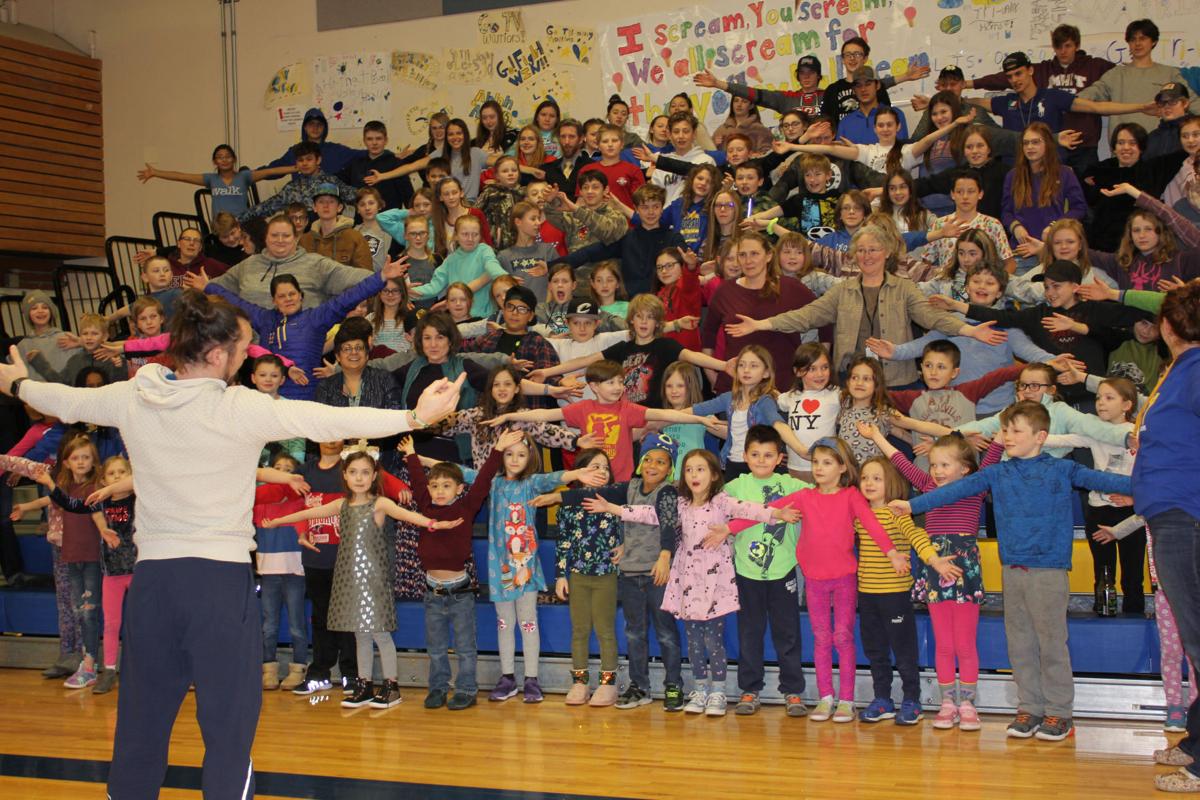 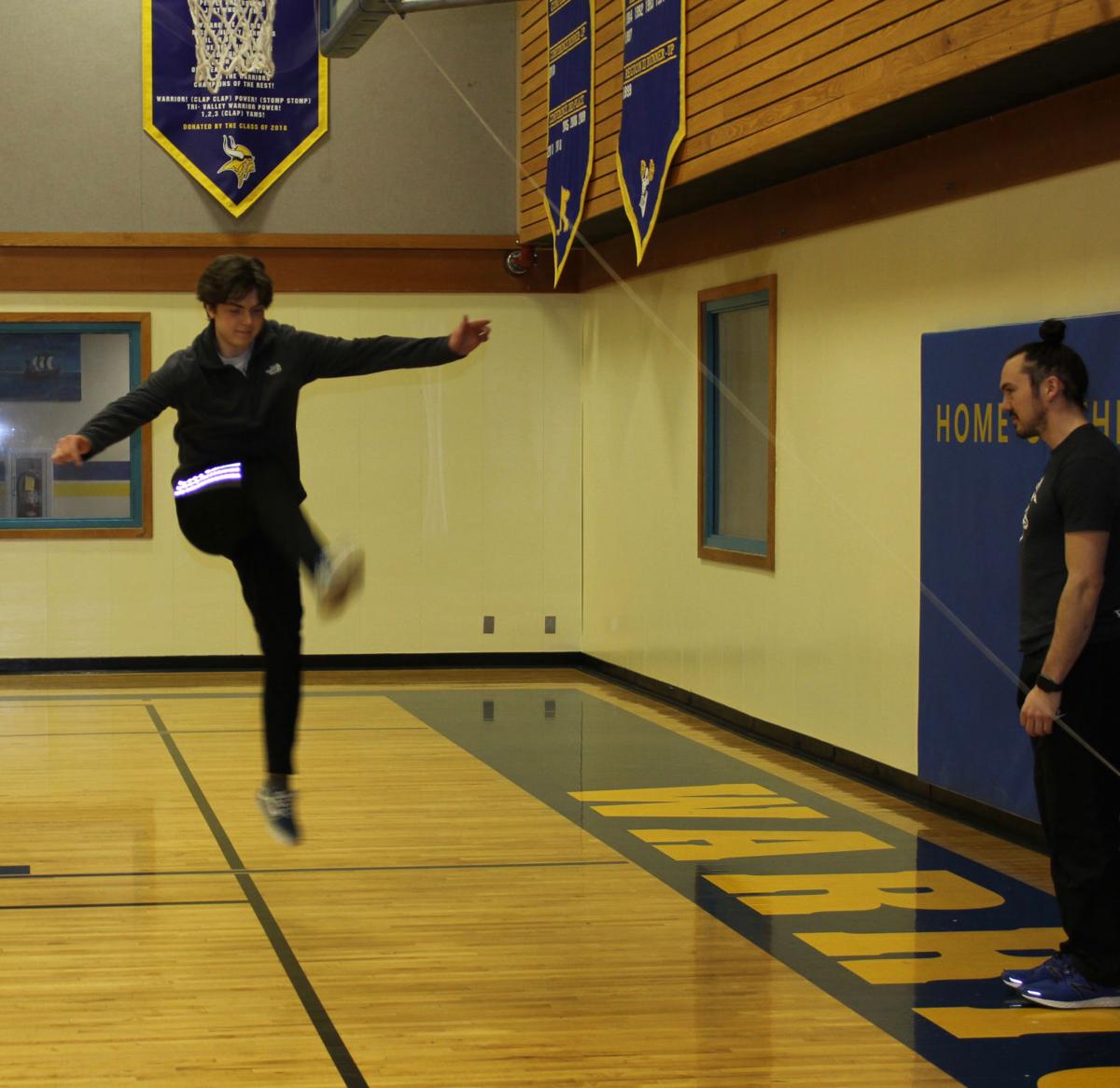 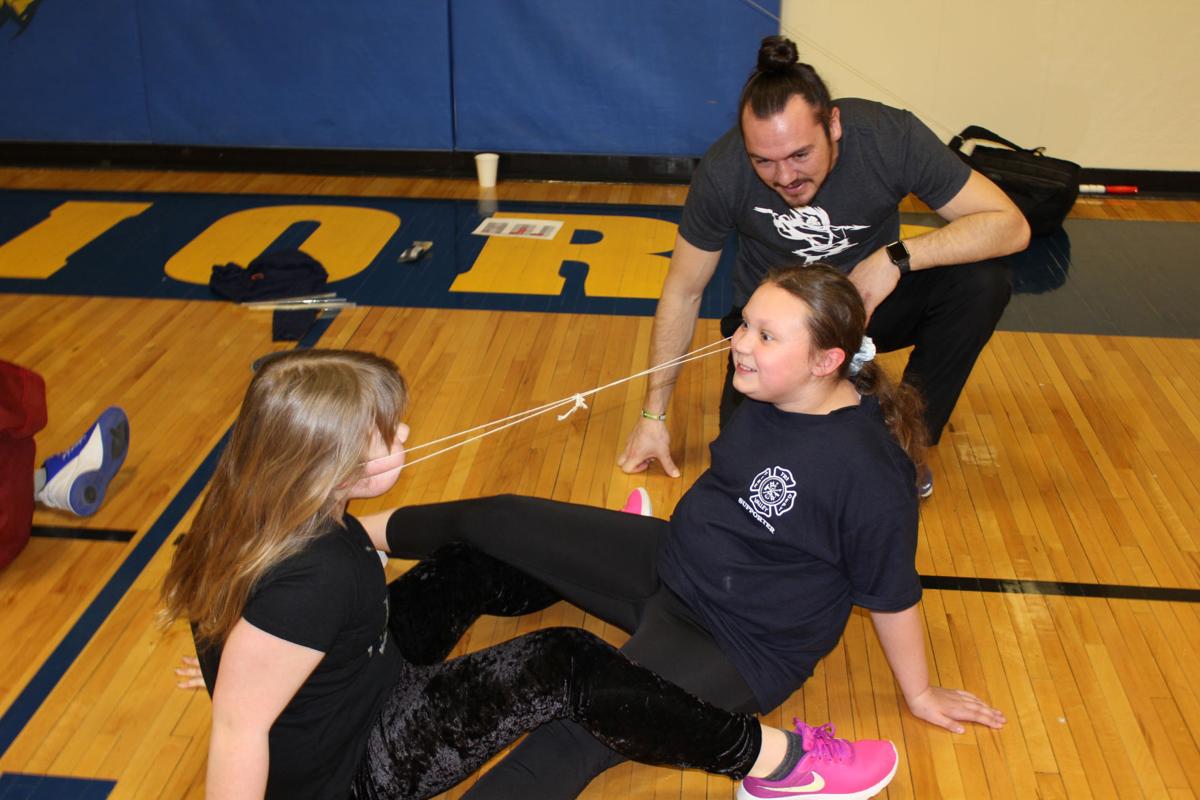 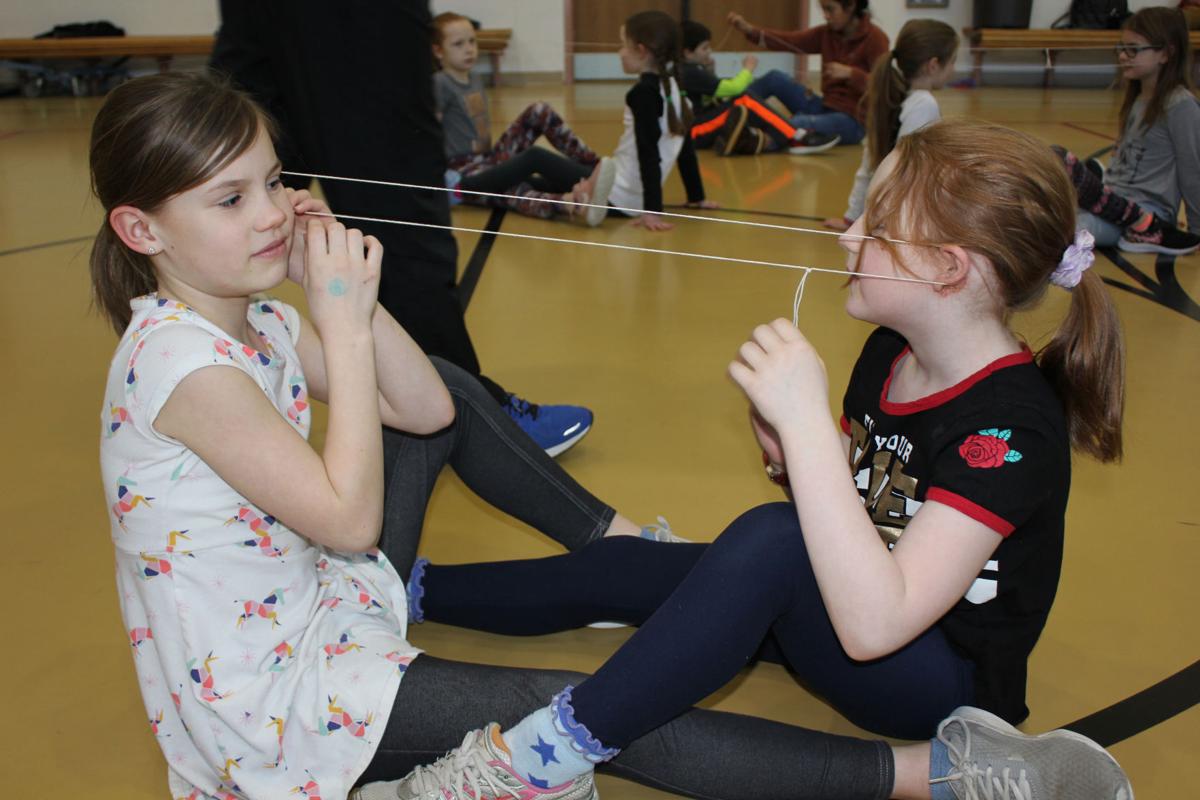 Kelty Stainbrook and Rita Jacobs get ready for the ear pull. Kris Capps/News-Miner 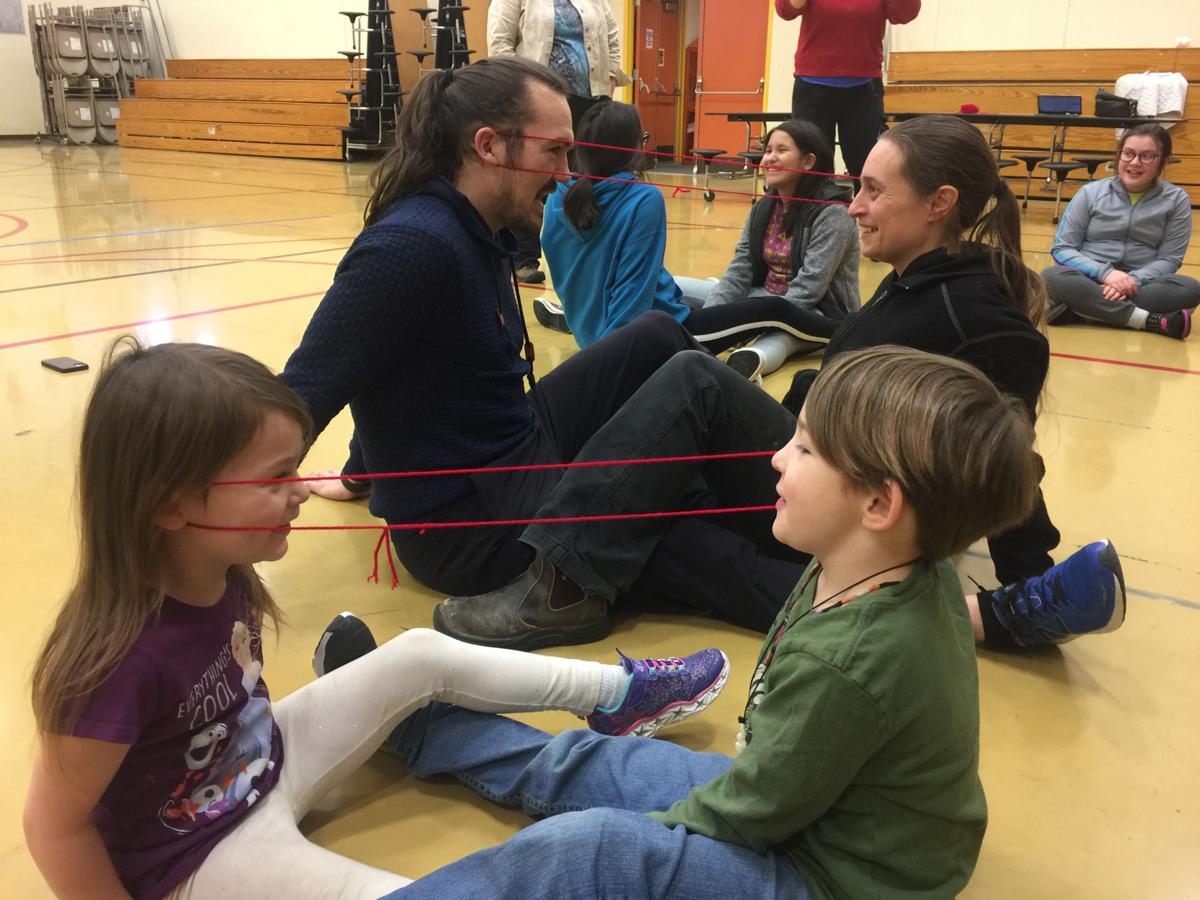 Students and teachers got a chance to try the ear pull, even against the Eskimo Ninja Warrior. Kris Capps/News-Miner 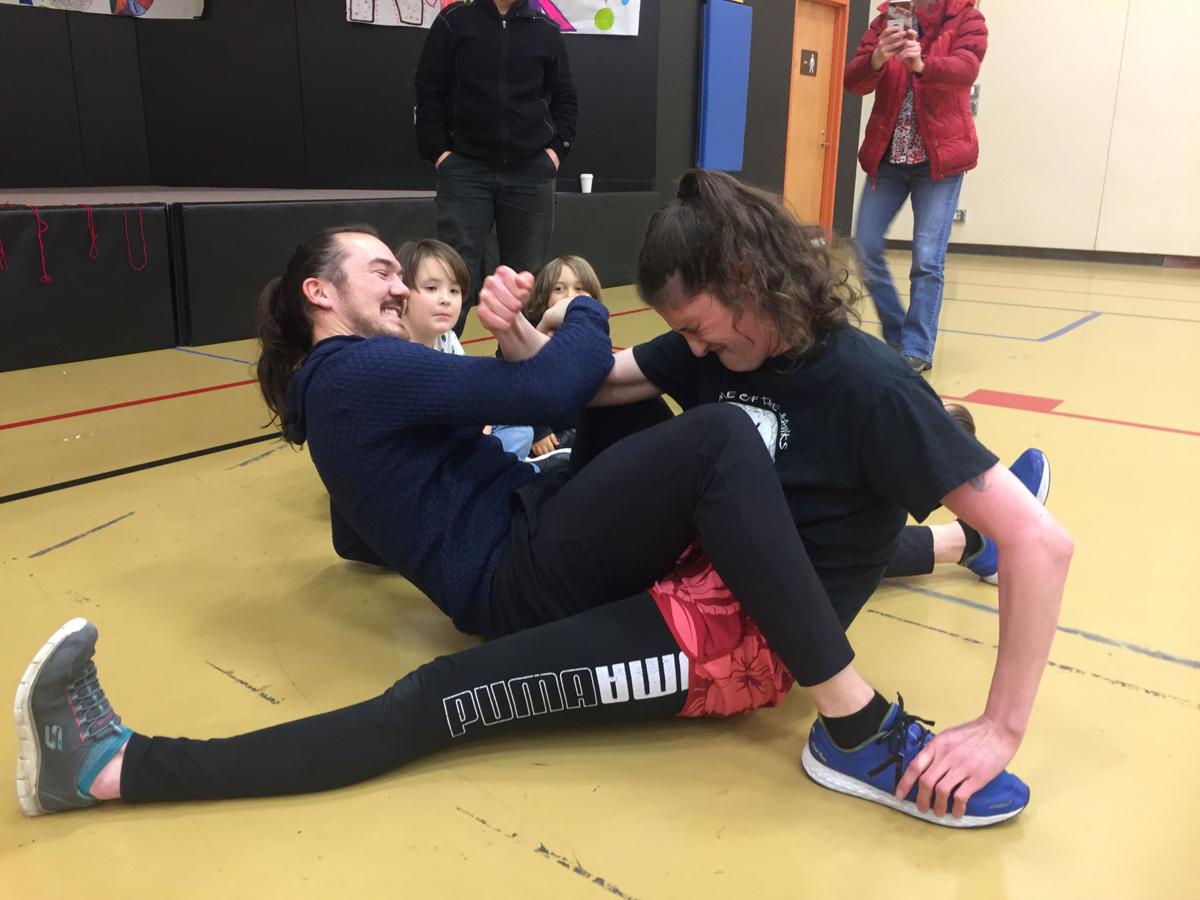 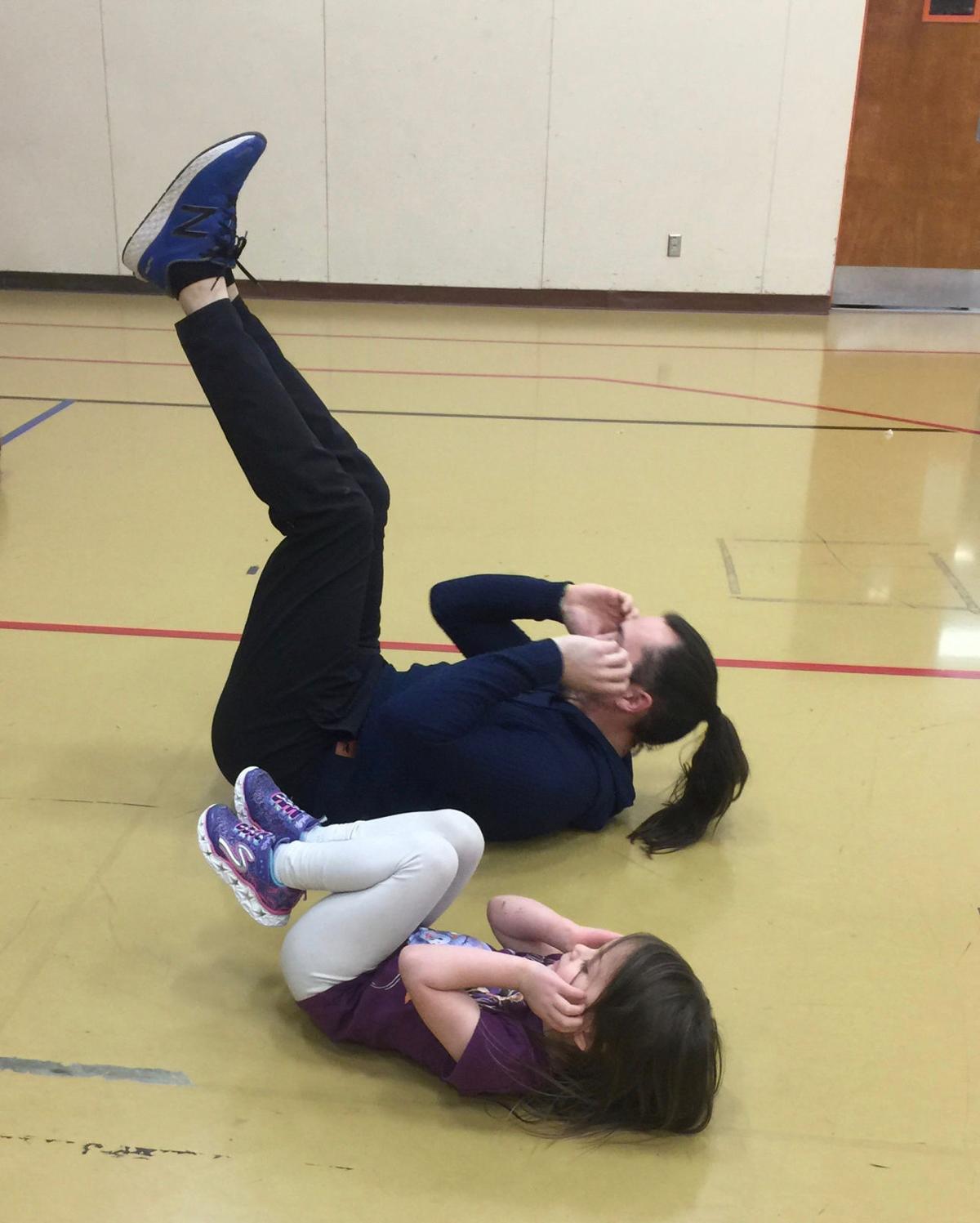 Nick Hanson had everyone doing sit-ups, even 3-year-old Olivia in Cantwell. Kris Capps/News-Miner 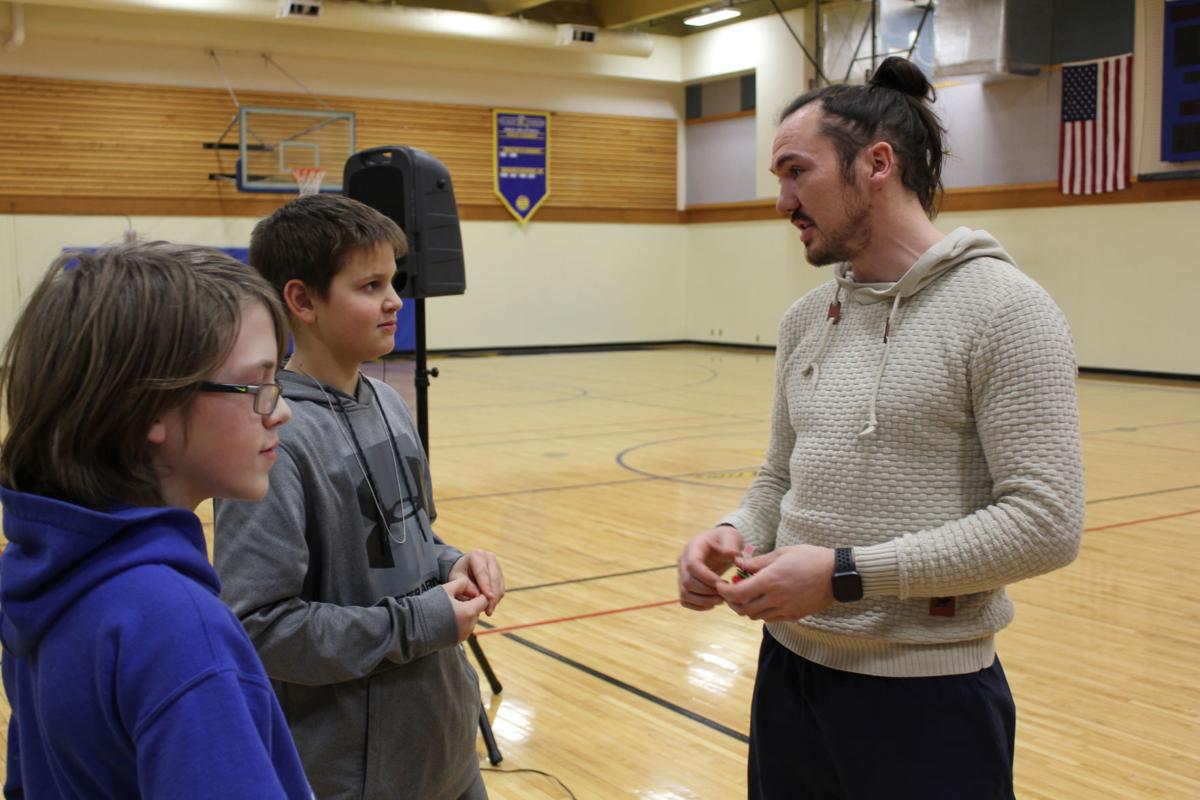 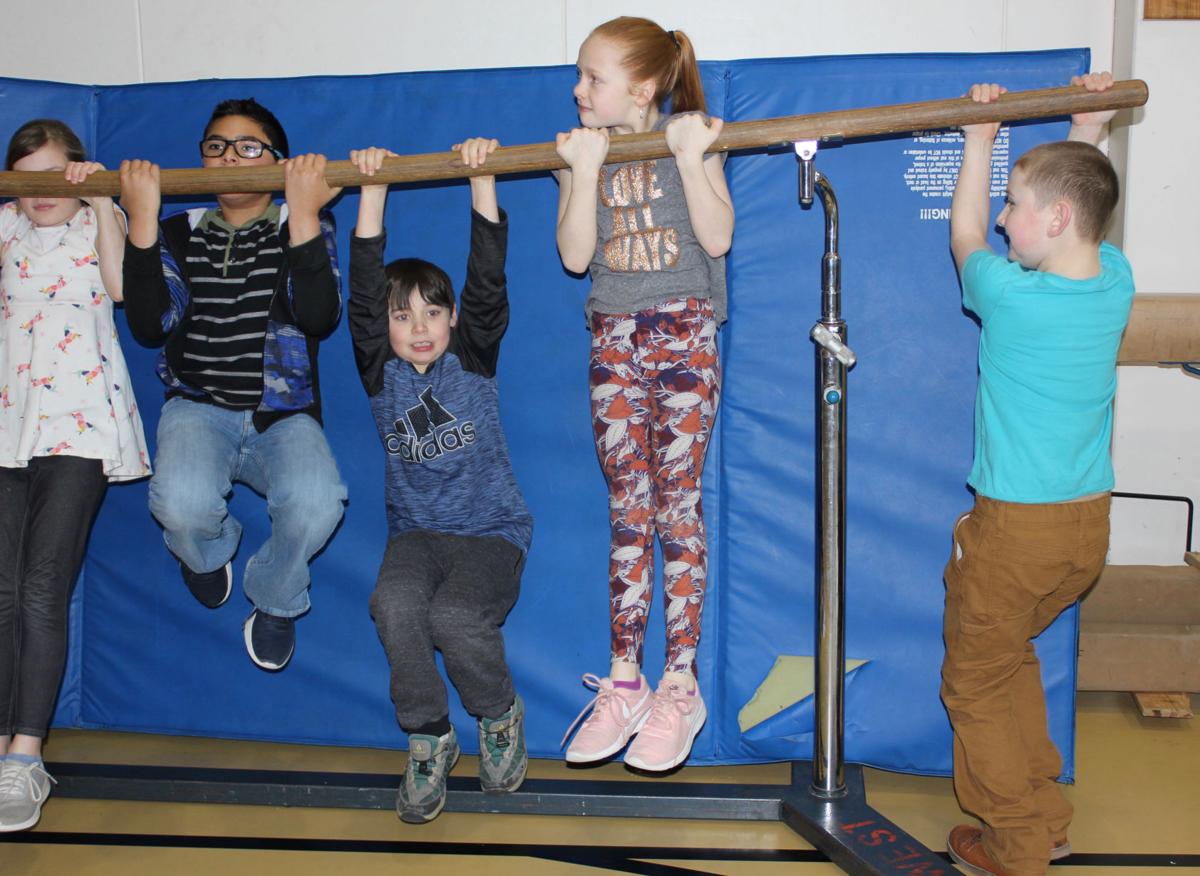 Kelty Stainbrook and Rita Jacobs get ready for the ear pull. Kris Capps/News-Miner

Students and teachers got a chance to try the ear pull, even against the Eskimo Ninja Warrior. Kris Capps/News-Miner

Nick Hanson had everyone doing sit-ups, even 3-year-old Olivia in Cantwell. Kris Capps/News-Miner

When Eskimo Ninja Warrior Nick Hanson visits, students have a lot of fun learning about Native games and then trying them firsthand. But along with all that physical activity, he delivers a serious message.

Hanson, a world-class athlete from Unalakleet, is well known for his prowess on the televised “American Ninja Warrior” obstacle course. He’s about to enter his sixth season. In addition to training 4 1/2 hours every day, he coaches and mentors young people, he shares his culture and he uses his personal story to show that adversity can be overcome.

“I want to help motivate you to make positive changes in your life,” he tells students. “It all started for me, when I was a little dude, just like you guys.”

He tells the story of being bullied daily, beginning in elementary school, because he was half white, half Native.

“I had to figure out how to persevere through that,” he said. “Sometimes it was really hard.”

He developed a willpower that continues to serve him well. And that, he said, is almost more important than strength.

“I just want to do my best,” he told students. “If you do your best, that’s all that matters. It’s what I live by, every day.”

His intense dedication to being the best led to him becoming a full-time Ninja Warrior and youth coach, and now he shares that passion with students around the state of Alaska.

With older students, he also shares the anguish of losing friends to suicide and/or alcohol-related accidents.

“I could have easily fell into that,” he said. “My friends fell into alcohol, drugs. I decided I was never gonna do that, instead.”

What made the difference? He had a support system — family, coaches, friends and peers who looked up to him.

“A lot of those kids didn’t have that support system,” he said. “I kind of invested my time learning from them and observing them. It made me different, I think.”

The work he does now with young people, he said, is making a difference in their lives. He continually gets that affirmation from school principals, parents and students.

“It’s my responsibility,” he said. “I’m an ambassador for my culture and community. I want to make sure these kids don’t see what I’ve seen.”