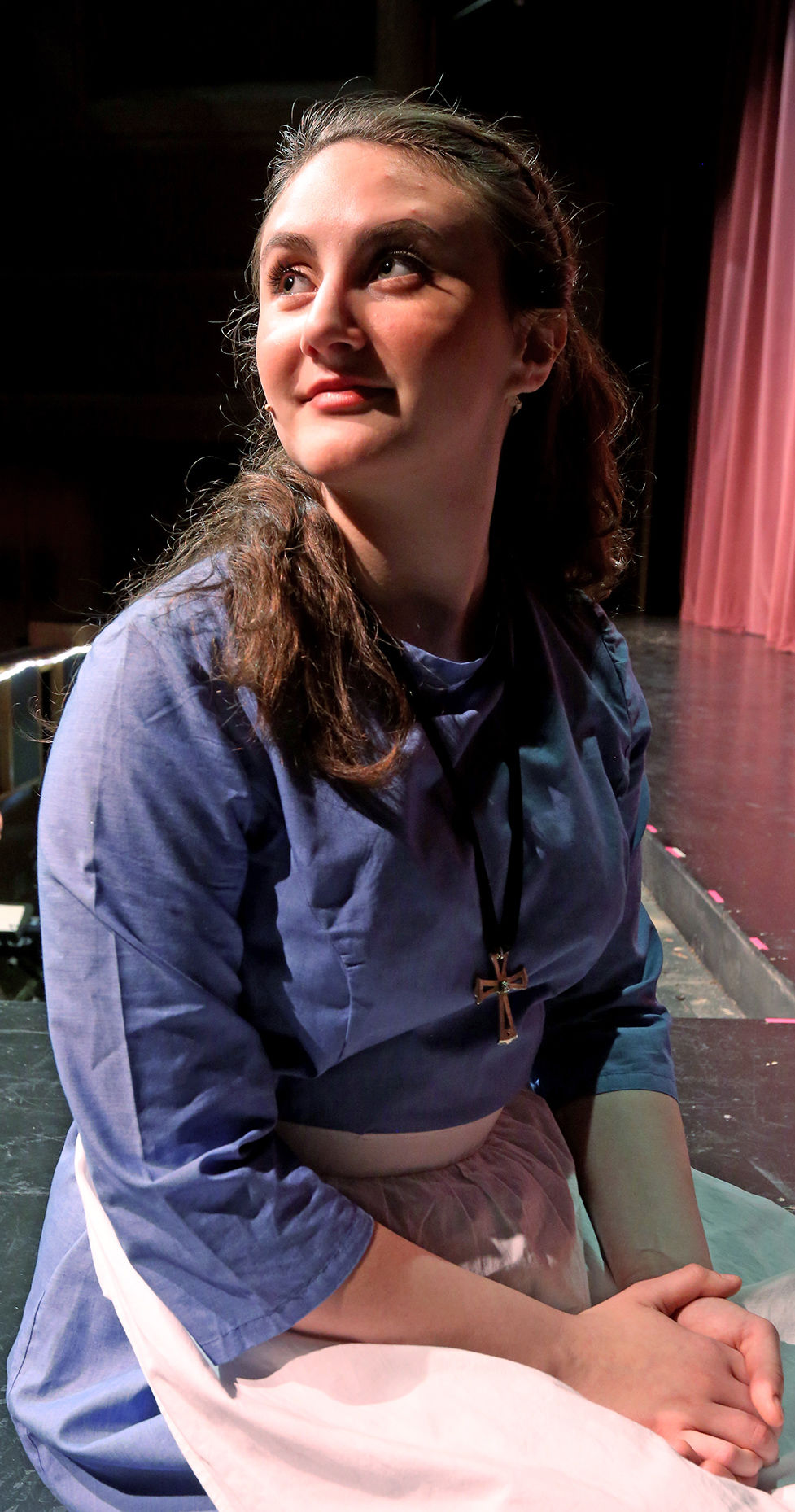 Bekka Hunter who plays Maria poses for photographs during dress rehearsal for the FLOT production of The Sound Of Music Monday evening, October 28, 2019 at the Hering Auditorium. 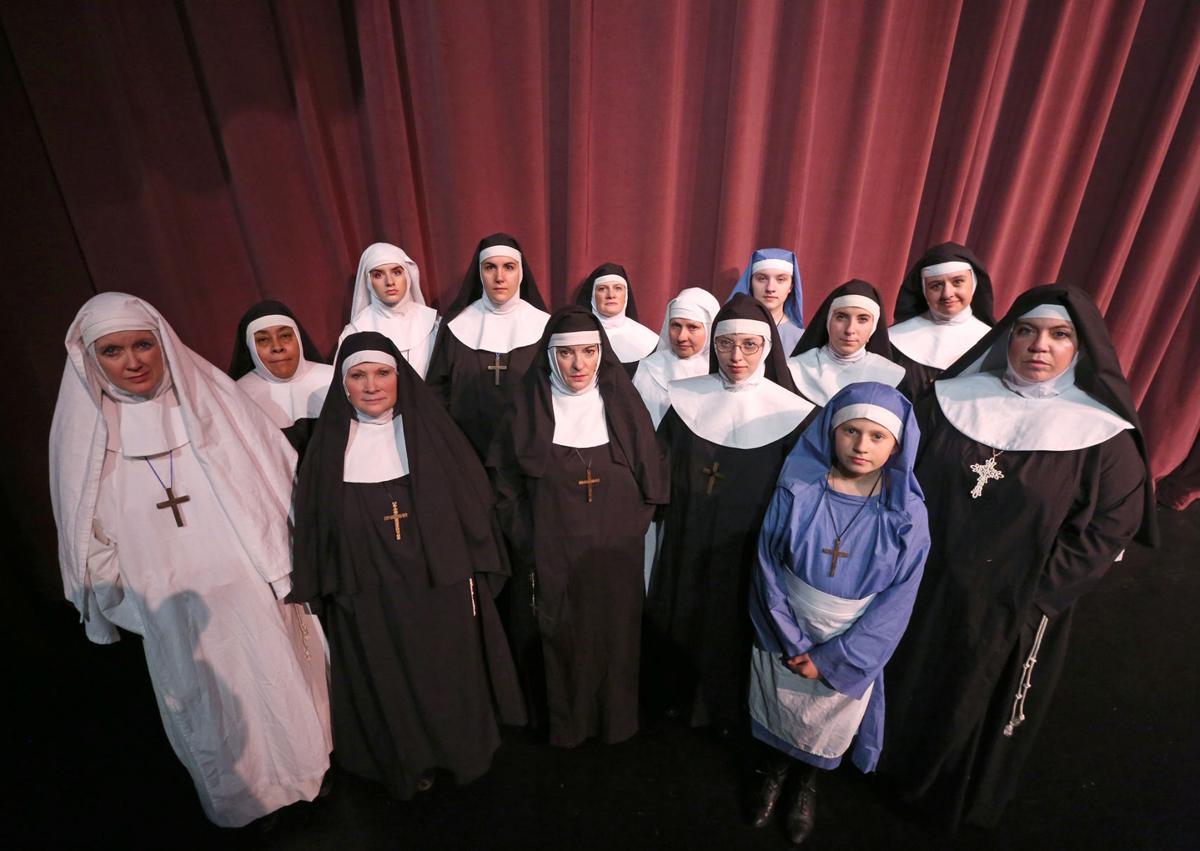 Nuns pose for photographs during dress rehearsal for the FLOT production of The Sound Of Music Monday evening, October 28, 2019 at the Hering Auditorium. 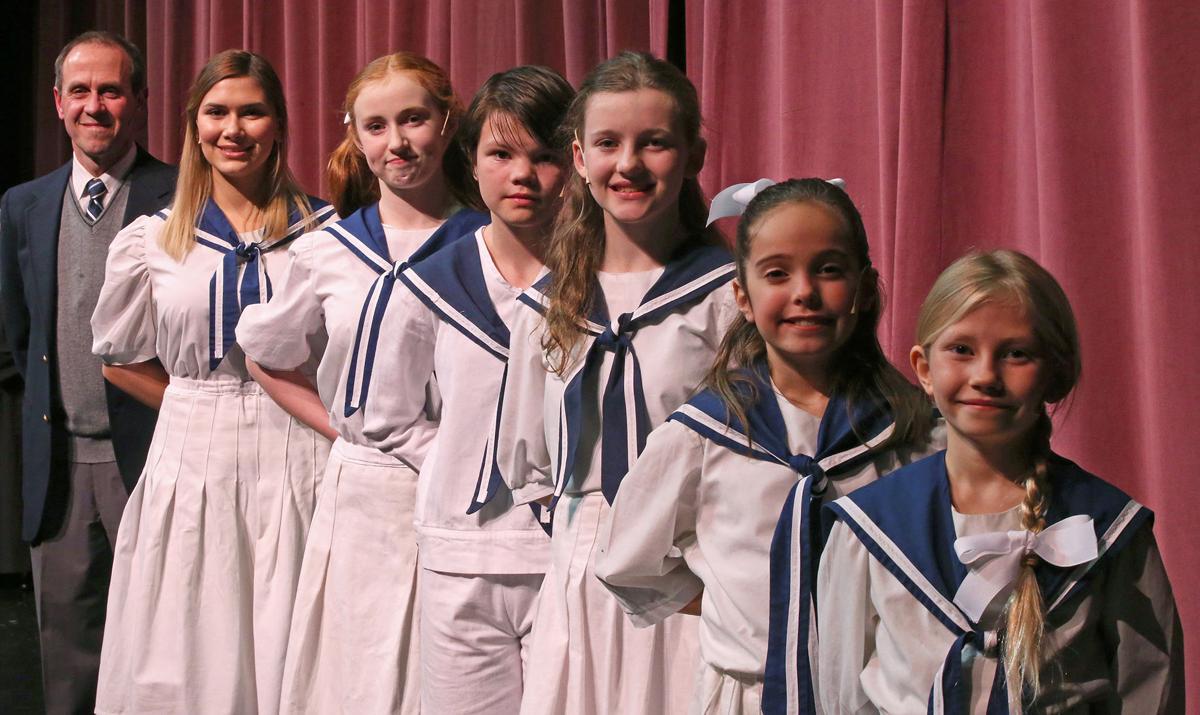 Von Trapp family members pose for photographs during dress rehearsal for the FLOT production of The Sound Of Music Monday evening, October 28, 2019 at the Hering Auditorium.

Bekka Hunter who plays Maria poses for photographs during dress rehearsal for the FLOT production of The Sound Of Music Monday evening, October 28, 2019 at the Hering Auditorium.

Nuns pose for photographs during dress rehearsal for the FLOT production of The Sound Of Music Monday evening, October 28, 2019 at the Hering Auditorium.

Von Trapp family members pose for photographs during dress rehearsal for the FLOT production of The Sound Of Music Monday evening, October 28, 2019 at the Hering Auditorium.

Fairbanks Light Opera Theatre (FLOT) opens its 50th season by showing the iconic musical, “The Sound of Music,” about an Austrian children’s septet’s race through the Alps to escape political unrest. Along the way, they encounter nuns, Nazis and narrowly avoid puberty before settling as entrepreneurs in Vermont.

“The Sound of Music” may be the most beloved musical of all time. Practically every song is a classic. It is a massive undertaking for any company. It has a large cast, seven of them children, and even larger expectations. FLOT exceeds all of those expectations. They told a minimalist story, which highlighted the impressive local performers and allowed the audience to enjoy the classic numbers.

“The Sound of Music” is the standard bearer for the governess marrying up genre. It tells the true-ish story of outsider nun Maria Rainer (Rebekka Hunter) who leaves the abbey to be a governess for Capt. Georg von Trapp (Sylvain Demers) and his seven children. Maria teaches the children to sing, disobey their father and break up an engagement before she falls in love with Georg. Georg, defiant of the recent Nazi overthrow of Austria, refuses a command for a battleship in the German navy, and the family must quickly flee, using the clever distraction of children singing a song about farewells.

The story of this production is the strong singing by the entire cast, particularly by Hunter, Demers and Mother Abbess, MaryCatherine Moroney. Hunter is a marvel.

She had her first FLOT role in “The Sound of Music” in 2006, and now Maria would have to be considered her breakout role. Hunter plays Maria with such clarity and her singing voice is powerful and lovely. Demers, a mainstay on the scene, has a voice that captivates and takes over an auditorium. While Moroney blows the roof off and inspires everyone to really “Climb Every Mountain” or at least climb for a few extra minutes on the Stairmaster each week. Sienna Honvenden adds modern attitude to an otherwise naïve Liesl von Trapp. David Pearson as sneaky, but ultimately helpful Max Detweiler, has impeccable timing, providing some much needed laughs in an otherwise serious show.

Notable work also comes from director Carey Seward. Her decision to have a small scale set, using back curtains mostly to change locations, save for the stairwell and accoutrements depicting the inside of the von Trapp house, sets the story telling tone. With each opened curtain, the audience is taken deeper and deeper into this layered story. The effect of her focus on details and intentionally slowing down the pacing, makes the show feel like an Edith Wharton novel come to life. Perhaps the only critique is that Demers understated performance along with the slow build, doesn’t help the show reach the emotional pitch it might otherwise. Demers and Hunter’s onstage chemistry more than make up for this, and Seward’s usage of staging to tell the story is a masterwork. Proving that when working with such a classic, less is more.

The von Trapp children (Honvenden, Kaiden Clark as Friedrich, Nanieezh Peter as Louisa, Sarah Rozell as Kurt, Lacey Demers as Brigitta, Hope and Grace Morton as Marta, and Rosalie Demers as Gretl) are the future for Fairbanks theater. They were fantastic and were not overwhelmed by this monster production.

It is difficult to live up to the audiences hopes, and with this cast of performers, FLOT not only entertained, they also showed off what makes our local theater scene so special — and made some Nazis look bad along the way. All in a day’s work in the Golden Heart City.

Scott Wiser is a freelance writer who covers theater in the Fairbanks area.