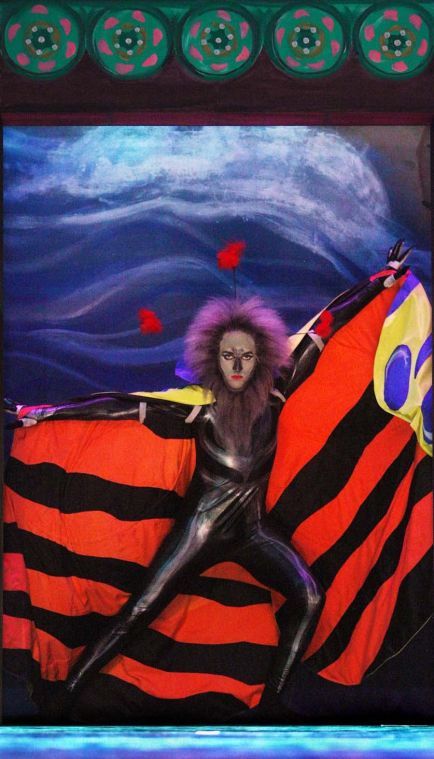 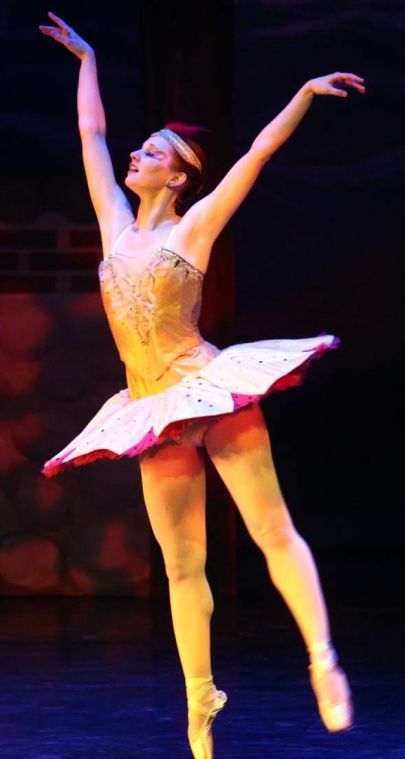 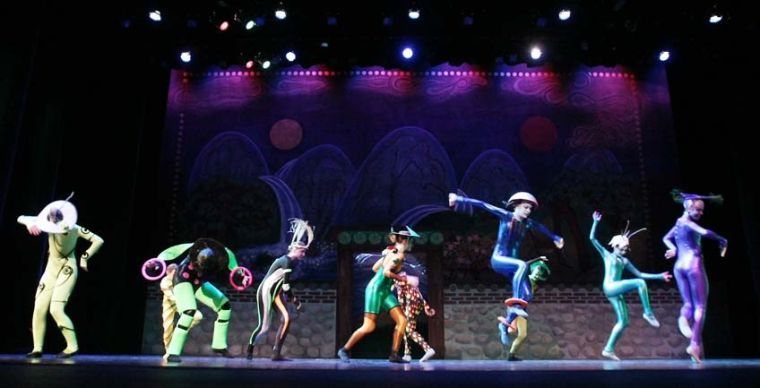 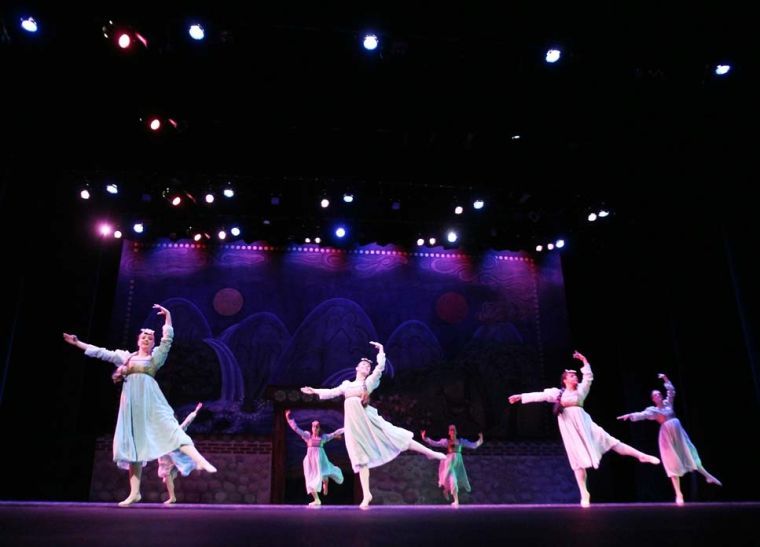 FAIRBANKS — We are all eager for warm days to melt the snow and crack the river ice. Even the birds aren’t sure whether to land in the Interior this year. But the North Star Ballet has lured a rare bird to the Salisbury Theatre stage with its spring production of “The Firebird,” bringing a bit of heat and light to this long, cold spring.

The North Star Ballet’s production of “The Firebird,” based on the Russian fairy tale of a magical bird that helps a young and foolish prince, is the result of long planning and artistic collaboration between Norman Shelburne, the company’s artistic director, and artist Celeste Sullivan, along with a host of volunteer seamstresses, set builders and painters, and the North Star company dancers.

In the set of “Firebird,” blue hills spill water into a tumbling stream where turtles swim. A deer trots into a clearing with one tree bearing golden apples. We are in magical territory; two moons — one white and one red — hang low in the sky. Everything seems in motion, just a little off-kilter.

Those who have attended the North Star Ballet’s “Nutcracker” or “Snow White” or “Alice in Wonderland” will have seen Sullivan’s unique style — colorful, dynamic sets and costumes that add character to the company’s ballets.

“I’ve collaborated with Celeste since my first ‘Nutcracker,’” Shelburne said. “Her work is ideal for what we’re trying to do as a regional ballet company. She has a sense of humor and a distinctive style.”

At a rehearsal the week before the production, while the dancers rehearsed in one studio, the costumers gathered the newly sewn costumes in the other, preparing for fittings. Kay Hackney, who has sewn costumes for all North Star Ballet productions, got out Sullivan’s original drawings: the prince’s hunting costume, the spiky and fanciful monsters, the princesses’ gowns, the giant beetle-like wings of the evil magician, Kostchei, blue and gold on the outside, lined with orange and black.

“We got the images of the costumes from Celeste in September,” Hackney said, “and we began buying fabric and deciding who would make which costumes. We got our game plan going and began to sew.”

Hackney made the men’s costumes and the processional costumes for the last scene, based on Russian folk costumes. Others made children’s costumes, based on international traditional designs. Fiber artists Penny Wakefield and Jan-Lee Irving made fanciful hats for the monsters.

The most difficult costumes were the two-piece wing-like cape for the magician, Kostchei, danced by Jarrin Overholt and the tutu for the Firebird, danced by Wendy Langton. Sue Perry, the studio’s ballet mistress, made the Firebird’s red tutu.

Sullivan’s designs draw on her background as a potter and a painter.

“There’s a connection between working with clay and her designs,” Shelburne commented. “There’s a tradition in pottery of making things that are not quite perfect or symmetrical, so there’s a child-like quality to her designs.”

The ballet, originally performed in Paris in 1910, the first ballet composed by Igor Stravinsky, is especially challenging for the dancer in the role of the Firebird. Shelburne took inspiration from the set designs and the original choreography in creating movement for his dancers.

“The biggest challenge is the Firebird,” Shelburne noted. “How does she move to music that is a challenge to move to? But I give Wendy the material and she adds her own personality to it.”

In the studio, as the dancers rehearse, Langton moves her arms, twitching her elbows so that her hands float. Her eyes turn to Prince Ivan, danced by Ian Zeisel, staring at him in his efforts to capture her. It seems like she can fly.

“The Firebird is captivating, but her beauty can only survive if he lets her go,” Shelburne notes. “Later he meets the princess (danced by Emma Zeisel), who is simple and beautiful in her own way, and he falls in love with her.” Of course, he needs the help of the Firebird and her magic feather to defeat the Kostchei and his monsters. But this is ballet, and it’s spring, so all ends well.

The story of 'The Firebird'

The Firebird is a magical, glowing bird. Ivan, the tsar’s son, wanders into a magical forest where he encounters and captures the Firebird.

Realizing that he cannot possess the Firebird, Ivan releases her. In return she gives him one of her feathers, with which the young prince can summon her in a time of danger. Young women appear in the forest — princesses held captive by the immortal Kostchei. Ivan falls in love with one of them, Tsarevena, but the princesses must return to Kostchei’s palace, and Ivan is prevented from following by monsters, enslaved by an evil ogre, who capture Ivan. Kostchei appears and attempts to turn Ivan into stone, but Ivan summons the Firebird, and she compels the monsters to dance to exhaustion.

Remembering the great egg that holds the soul of a magician, the Firebird tells Ivan to steal it. Finding it, Ivan throws the egg into the air. As it falls and breaks, Kostchei dies. In the final tableau Ivan Tsaravich stands with the Princess Tsarevena in front of the tsar’s palace surrounded by their court and children representing the countries of the world. The Firebird appears briefly and then disappears.

Where: Lee H. Salisbury Theatre in the Great Hall on the University of Alaska Fairbanks campus

Tickets: Tickets are available at Bentley Mall Safeway, Enchanted Forest Toys, North Star Ballet Studio, at the door, or online at www.thenorthstarballet.org. Tickets are $22 for adults; $18 for students and seniors; and $10 for children under 13.

Cindy Hardy is a writer who teaches English at the University of Alaska Fairbanks.