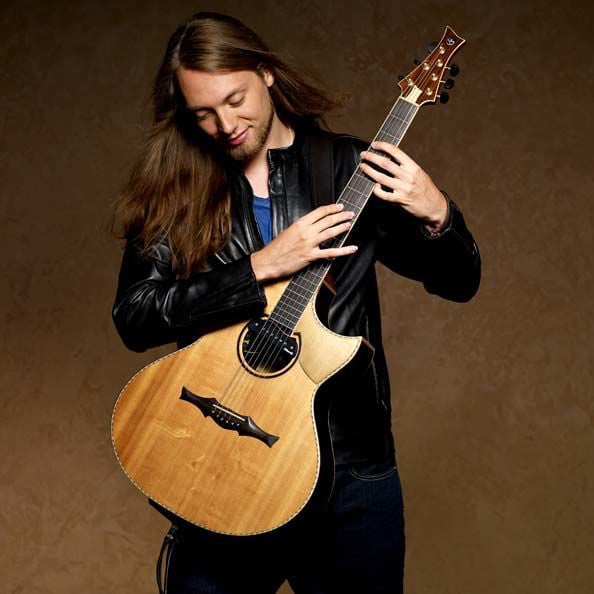 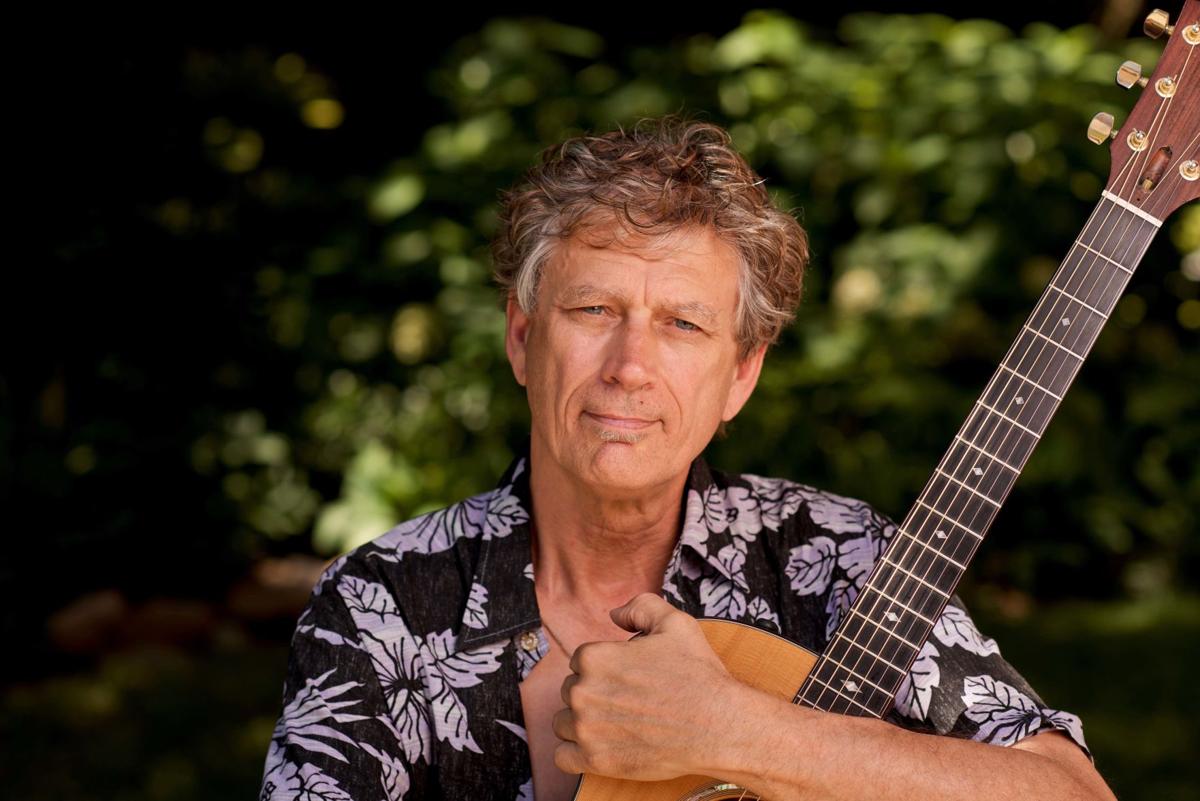 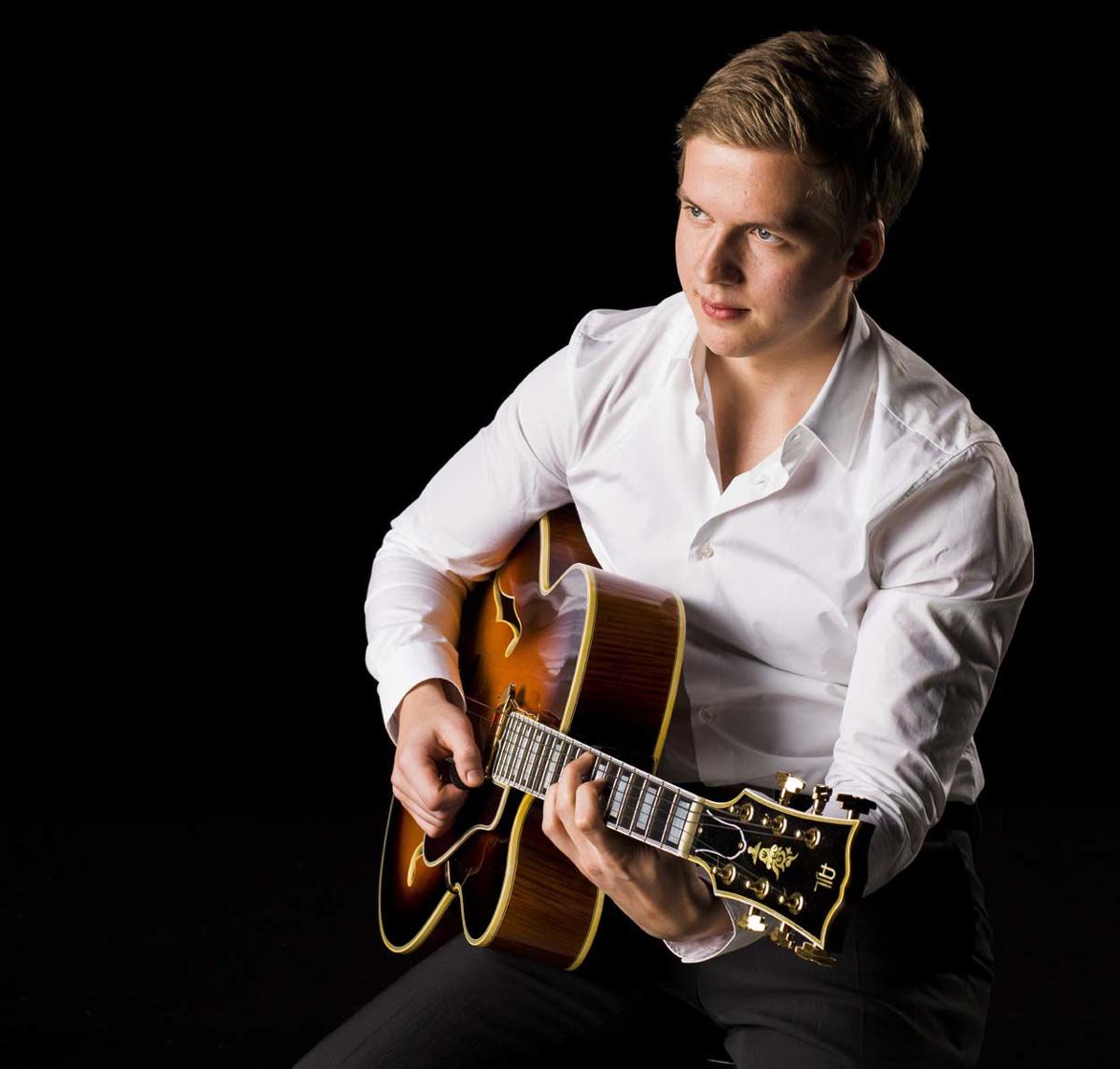 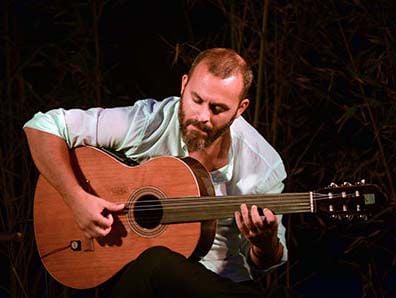 Every year, guitarists from around the world come together to form International Guitar Night. The event encourages musicians with disparate styles to come together and create something new and unique using only their talents and their acoustic guitars.

The group is curated by founding member Brian Gore, who no longer travels. For the 20th anniversary of the event, Gore brought together musicians from Hawaii, Finland, Turkey and the United Kingdom.

The first part of the show brings each player out to flaunt their skills in their own styles. Each brings a different perspective to the show, informed both by their countries of origin and the music that drives them. The second half of the show features collaborations between pairs of the musicians and songs with all the guitarists playing together. The group came together this week, beginning rehearsals beside the water in Kodiak.

Jim Kimo West is the sole American. He’s from Hawaii and specializes in a style that came right from the islands: slack key guitar. The style involves loosening guitar strings to create unique tuning. For his day job, West works and tours with parody musician Weird Al Yankovic, but in Maui, he’s known for playing slack key guitar. He played in Fairbanks with Yankovic in the early 1990s, and is excited to return.

Mike Dawes, a guitarist from Bristol, in the United Kingdom, incorporates a type of percussion into his playing, plucking and slapping the strings and body of the guitar.

He said he started to learn guitar at about 12 because his family moved a lot and as he put it, “the cool guy in school played guitar.” So Dawes started playing electric guitar and at 17, picked up the acoustic version of the instrument. It was something of a revelation, he said, because he could accompany himself. This is Dawes’ third time touring with International Guitar Night. Dawes regularly plays with The Moody Blues, who also tours with Fairbanksan Julie Ragins.

Cenk Erdogan learned to play at 14, after attending a flamenco guitar concert. He was entranced with the music and instantly knew he wanted to learn the style. He started to learn, but found few resources to keep with it. So instead, he took up fretless guitar.

Frets are the vertical ridges along a guitar neck. When a guitar string is held between frets, a guitarist can create a desired note. Learning where to hold down the strings to produce a note or chord is how most guitarists learn to play.

A fretless guitar is a particularly difficult instrument to learn, and without frets to guide him, Erdogan said he had to learn to be a perfectionist. Still, Erdgoan’s love of flamenco never left him and he merged the traditional fretless guitar music popular in Turkey with the fast-paced fingerpicking of flamenco.

Olli Soikkeli is from a small town in eastern Finland. His older brother loved heavy metal and Soikkeli would strum along. His mother got him a guitar teacher and they introduced him to jazz. He was bitten by the “jazz bug” and has been playing ever since. The style he plays most is “gypsy jazz.”

Soikkeli said it’s been interesting working with the other guitarists for International Guitar Night, as they are not jazz musicians. They’ve worked to find common places in their various backgrounds to blend and create a unique performance.

He visited Fairbanks with Rhythm Future Quartet a few years ago and is often plays with other groups. He’s excited to come back to Fairbanks and is anticipating another warm turnout.

Contact staff writer Cheryl Upshaw at 459-7572 or at twitter.com/FDNMcity.

What: International Guitar Night is a group of four acoustic guitarists from around the world who play vastly different styles of music getting together for a night of solos, duets and quartets.