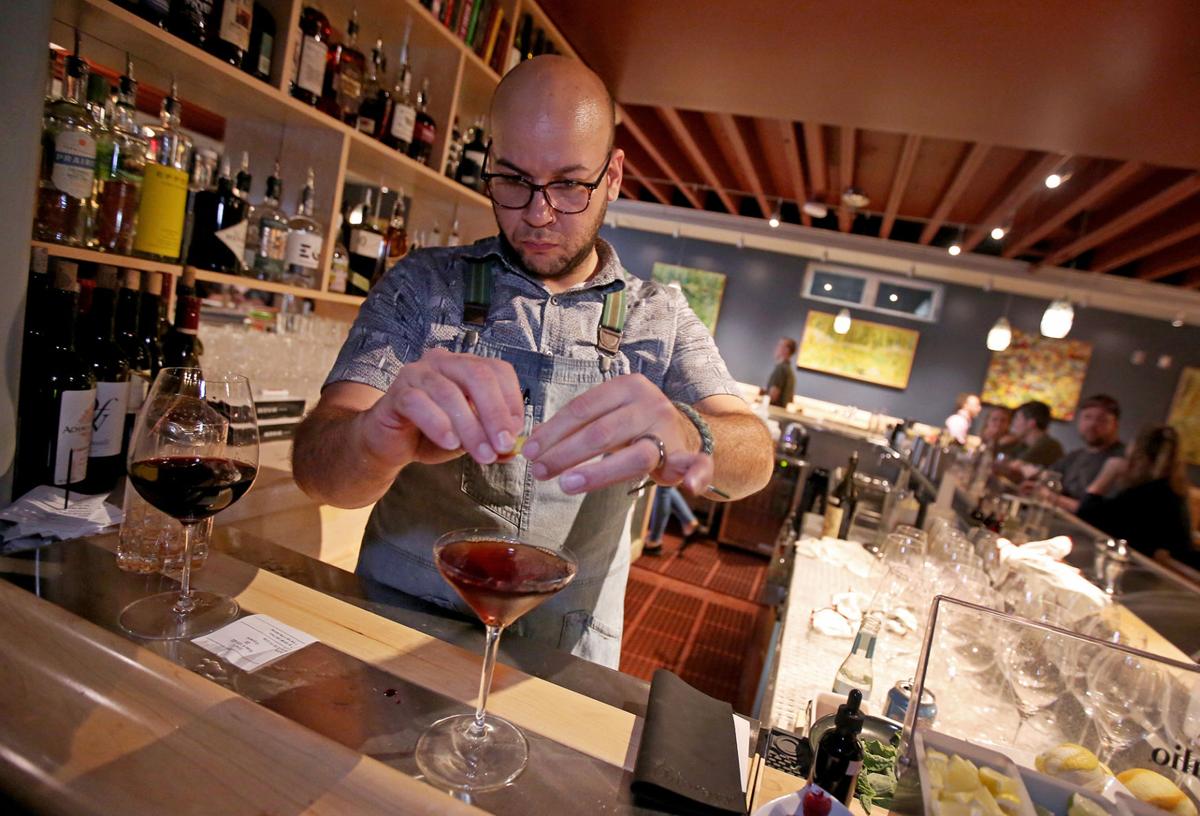 Owner Larry Lowery serves up The Rye in the Catcher at The Library Bar & Bites Tuesday evening, December 3, 2019. 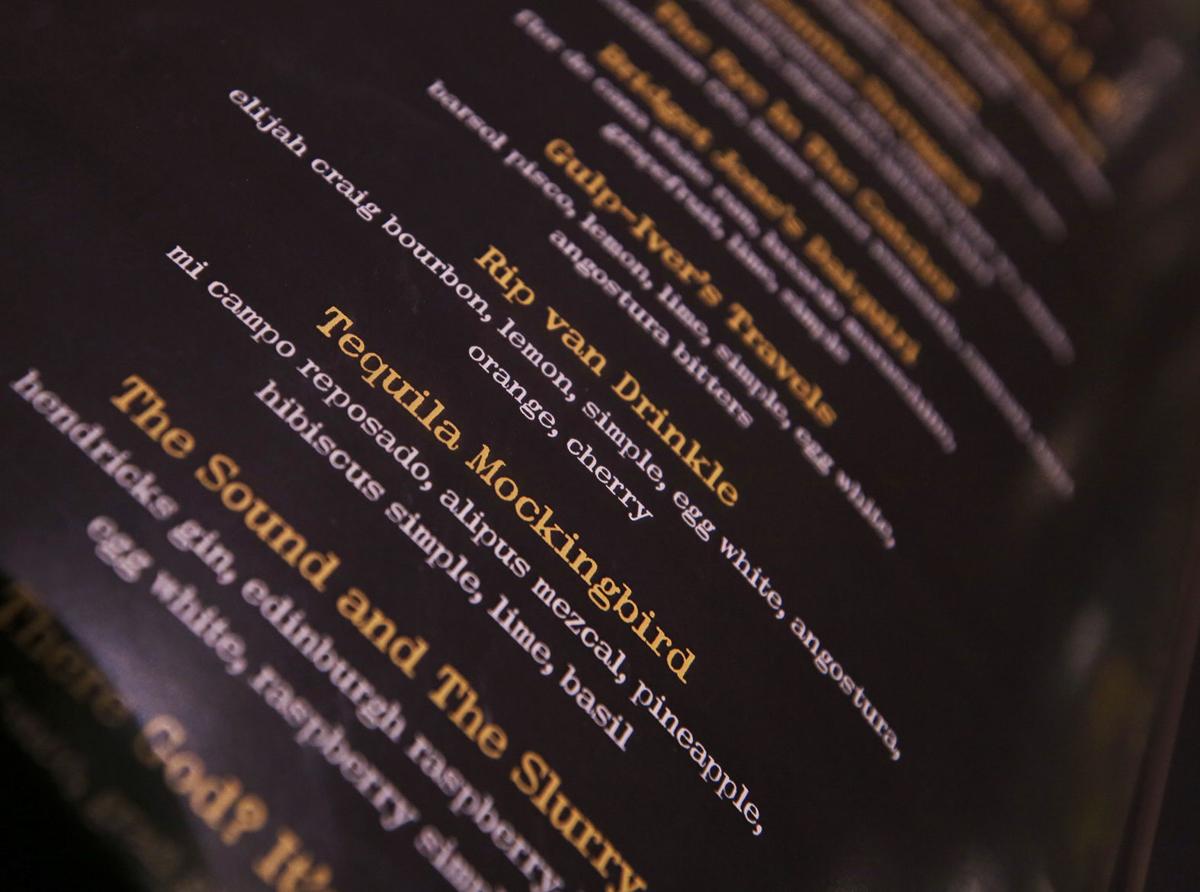 The menu of Signature Cocktails at The Library Bar & Bites Tuesday evening, December 3, 2019. 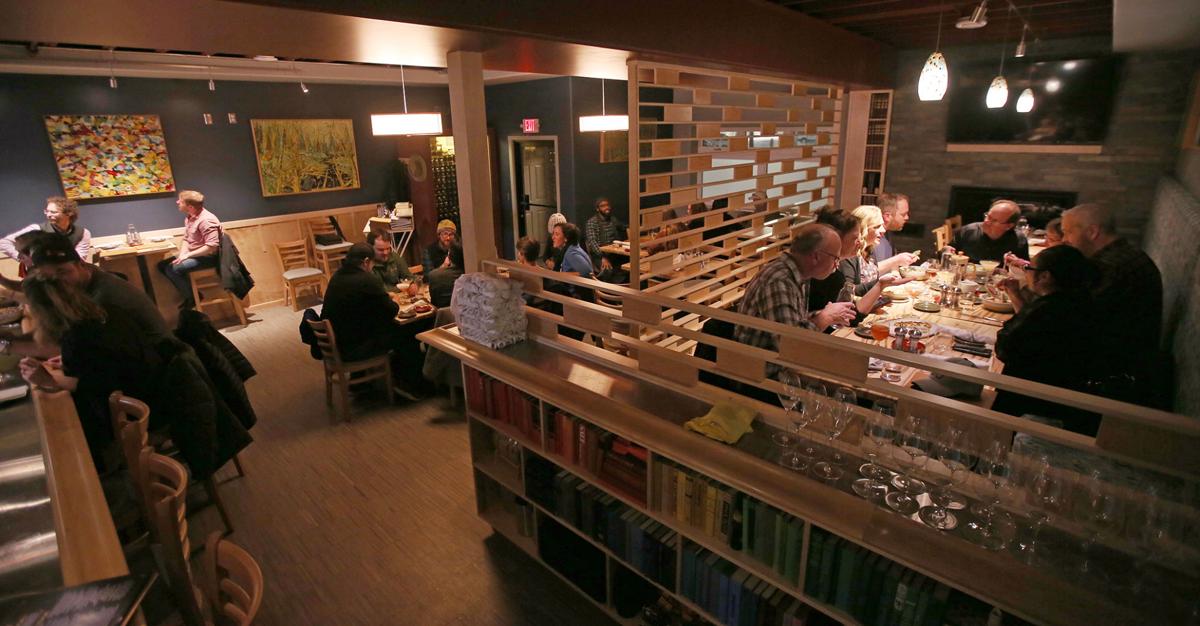 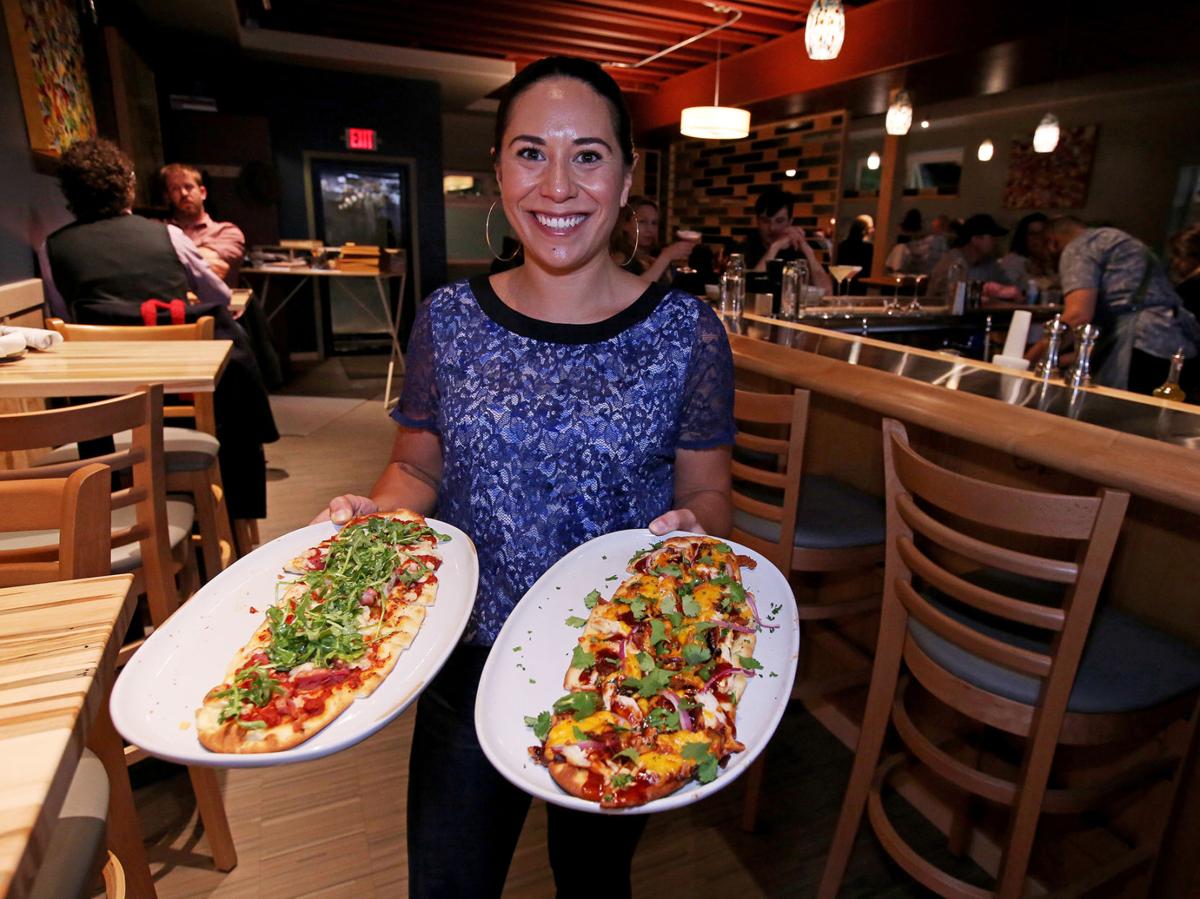 Tiana Letuligasenoa serves up a pair of Flatbreads, a Crispy Prosciutto and Arugula (left) and BBQ Chicken (right) at The Library Bar & Bites Tuesday evening, December 3, 2019. 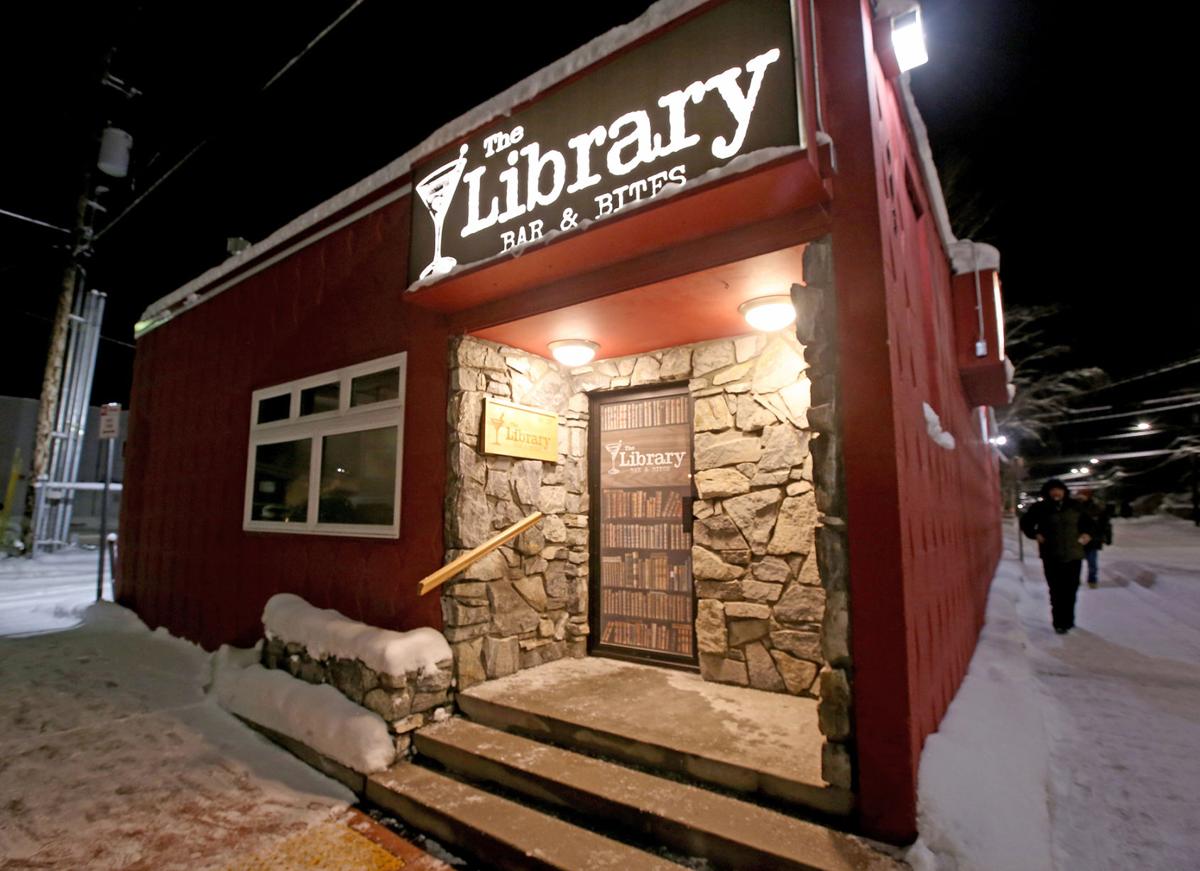 Owner Larry Lowery serves up The Rye in the Catcher at The Library Bar & Bites Tuesday evening, December 3, 2019.

The menu of Signature Cocktails at The Library Bar & Bites Tuesday evening, December 3, 2019.

Tiana Letuligasenoa serves up a pair of Flatbreads, a Crispy Prosciutto and Arugula (left) and BBQ Chicken (right) at The Library Bar & Bites Tuesday evening, December 3, 2019.

A new gastro pub and cocktail lounge is changing the nightlife of Fairbanks.

The spot is called The Library Bar & Bites, and since its opening little more than one month ago, it’s become the spot in downtown for creative cocktails and inventive small, shareable plates.

“We wanted to take this opportunity to elevate the food scene in the bar culture here in Fairbanks, so we chose to focus on classic cocktails and high-end boutique quality spirits,” Larry Lowery, the general manager of The Library, said. “It gave us an opportunity to create a niche for us and elevate what we thought was missing in the Fairbanks food and cocktail world. So far, it’s going well.”

Lowery said he has always dreamed of opening a cool cocktail lounge in Fairbanks since his arrival here in 2007. When a team of investors approached him about opening and running a cocktail-type lounge in downtown that offered a creative food menu, he went for it.

“I felt it was the right opportunity at the right time,” he said.

The Library, located at 603 Lacey St. on the corner of Lacey and Sixth Avenue, officially opened Nov. 14 and has been a hit since. The food menu includes soups, salads and small plates, such as roasted sweet potato wedges, roasted shishito peppers, cheese and charcuterie boards, and crispy Brussels sprouts, among other offerings. Flatbreads range from caramelized onion and mushroom to prosciutto and arugula to a chicken pesto flatbread. On the cocktail side, The Library offers a large selection of wine and beer, including local offerings from Hoodoo Brewing Company and Black Spruce Brewing, as well as classic cocktails and specialty cocktails named after famed literary works. A sampling of themed drinks includes One Flew Over The Cosmo’s Nest, Absinthe Shrugged, The Rye In The Catcher, Tequila Mockingbird, and Are You There God? It’s Me Margarita, to name a few.

“The literary-themed cocktails are all riffs on classics,” Lowery said. “I tried to steer clear of crazy foofoo stuff and go with what’s tried and true.”

The kitchen is led by executive chef Whitney Kenney. Lowery and Kenney have known each other for about seven years, and he said he knew he wanted her on board to help create the menu and lead the kitchen.

“We wanted to do something other than chicken wings or cheese sticks,” Kenney said. “Everything is made in-house and is as local as possible. We want to keep it fresh. This is my passion. It’s what I want to do.”

The seating is limited — The Library only holds 52 guests at one time — and that, along with a small kitchen, helped narrow the menu, she said. Part of the team’s desire also is to utilize local produce and proteins as much as possible, which will translate to a rotating menu that features local products.

“We are all about fresh and local in both the spirits and the food menu,” Lowery said.

With a background in the hospitality and restaurant industry, an industry in which he’s been employed since he was 15 years old, Lowery said he was expecting a setback or two upon opening. That hasn’t happened. So far he said, everything has run smoothly, including the launch of their social media platforms and online reviews and comments.

“We waited to go live on all of our platforms until we opened our doors, and I don’t think that hurt us,” Lowery said. “There’s always going to be a negative Nancy or a complainer, but we’re not doing anything out of the norm for our pricing structure.”

What the customer is getting, Lowery said, is value. All of the bartenders are BarSmarts Academy certified and making in-house syrups, bitters and mixers. That, coupled with better-quality ingredients in their cocktails, translates to a better cocktail experience.

“That speaks to clientele who are looking for quality drinks in a place with good art, good music and a smart staff,” Lowery said. “It’s a whole experience we’re going for here.”

Contact Features Editor Gary Black at 459-7504 or at @FDNMfeatures.