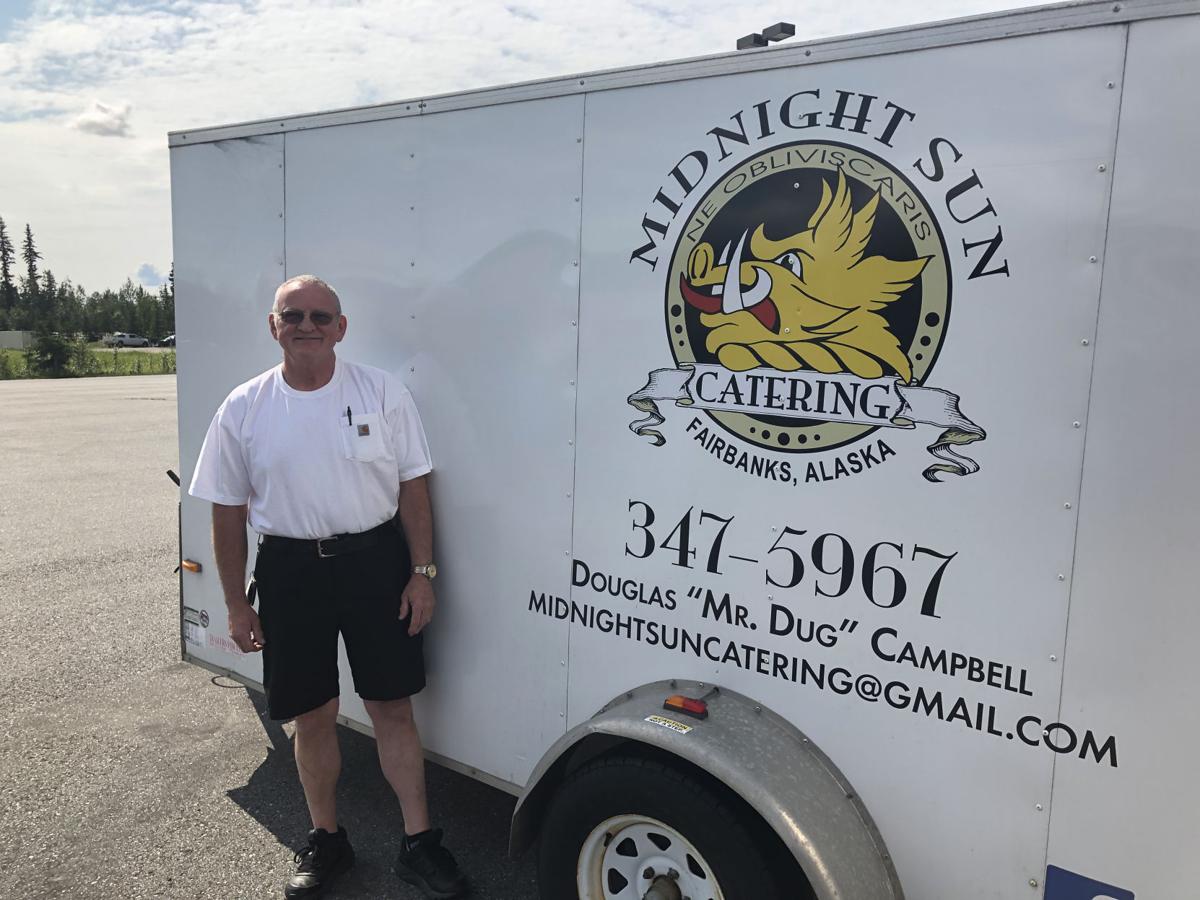 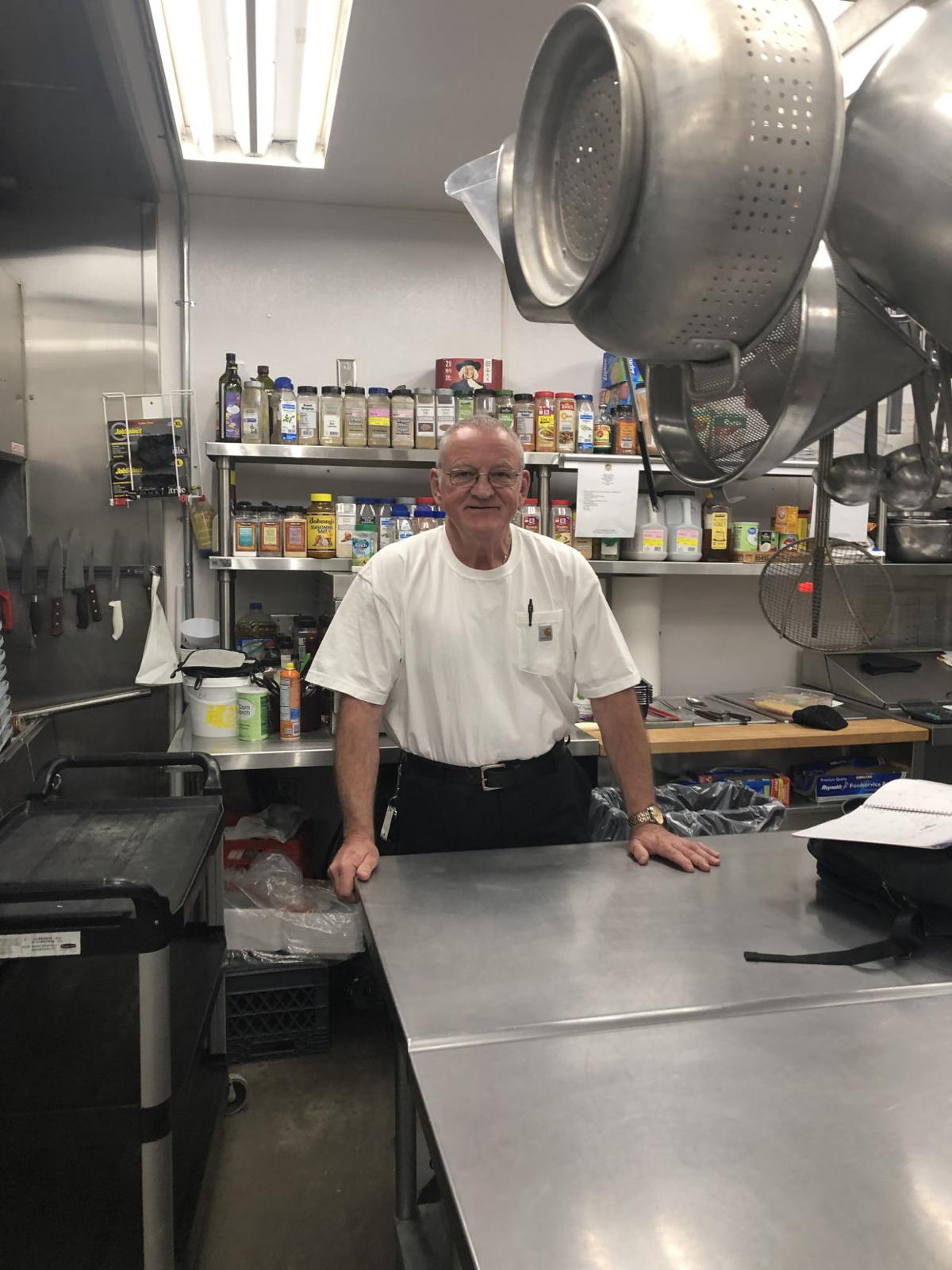 Doug Campbell knows what people want from a caterer: a heaping plate of tasty food at a fair price.

The 67-year-old has owned a series of restaurants in Fairbanks since the 1980s and currently operates Midnight Sun Catering. He can feed a crowd starting at $12 a head and has the capacity to serve up to 2,500 people in one sitting. Campbell built the company mostly by word-of-mouth, he said.

Right now, business is slow because of the COVID-19 pandemic and health mandates discouraging large gatherings of people, but Campbell is undaunted. He has faced down many challenges in his 36 years in the local food and beverage industry.

“I think in Alaska you have to adapt as you go,” he said.

Campbell never set out to cook, own restaurants or even cater. He started out in the food business as a butcher in California when he was 14.

Campbell, the youngest of one girl and six boys, opened a butcher shop, Campbell Brothers, with one of his brothers.

“We were the full service butcher shop where you waited on the customer,” he said.

The business was successful until big grocery stores began opening. When customers dried up, they closed the butcher shop and Campbell went to work cutting meat for a chain grocery store. He worked behind-the-scenes and missed the customer contact.

“You are back in the back. You are just processing. That is all you’re doing,” he said.

He eventually went to work for another butcher store, Howard’s Butcher Shop. He married and divorced. Campbell described himself at the time as a high-functioning alcoholic and drug addict.

One day, back in the 1980s, he decided to come to Alaska. He had an uncle here who had a barbecue joint, Jackson’s BBQ, in Wasilla.

“The minute I landed here, he sends me to work in a gold mine he is partnered in,” Campbell said.

The mine was about 35 miles outside of Galena. Three weeks into it, Alaska State Troopers arrived in a small aircraft and told the mine workers they had 15 minutes to clear out, Campbell said. It turned out an owner of the mine was under federal investigation.

Campbell returned to Wasilla and worked at the barbecue joint. His mom came to visit and they drove to Fairbanks where she had friends. One of those friends had a restaurant in North Pole, North Country Inn, that needed a cook.

Campbell felt like the job was “way out of my league” but he agreed to a temporary stint. A few months later, a second North County Inn opened in Fox. Campbell wound up managing it. But his life was way off track, he said.

“At about that time, the drugs and alcohol were taking over my existence,” he said.

He eventually walked off the job and moved in with some friends in Chatanika. Those friends were getting ready to move to the Lower 48, which created a job opening at the Chatanika Lodge. Campbell started waiting tables and tending bar. As he battled personal demons, lodge owners Ron and Shirley Franklin gave him “a lifeline,” he said.

“They forgave me many times,” he said.

He went to rehab and finally got sober, eventually opening his own restaurant, Campbell House Restaurant, in the Fox Roadhouse. He served breakfast, lunch and dinner and could accommodate tour buses and large groups.

“It was very successful,” he said.

But after four years, he lost his lease. “They decided to put a brewery in,” Campbell said.

That’s when Campbell decided to open another restaurant, Campbell House Grill, in Fairbanks. He rented a kitchen from another businessman, the late Jack O’Brien, at the site of what is now the Rabinowitz Courthouse.

He loved it. It was smaller and much less pressure than his restaurant in Fox. But then O’Brien sold the land for a new courthouse and Campbell lost his location again, he said.

This time, he went to work for a restaurant. It was humbling after owning restaurants but Campbell said he believes that if you don’t have a job, you don’t turn down a job.

A few years later, another opportunity came his way. A friend bought a bowling alley and asked him to help get the snack bar in order. He was ready for a change. He worried it would be a little boring but the snack bar was busier than he thought it would be, he said.

Later, when his church, Zion Lutheran Church, needed a temporary cook for its day care center because the chef was going on vacation, Campbell agreed to fill in.

It was another job that he thought was beneath him. Feeding 200 children a day under the age of 5 at a child care center felt like he was getting into “institutionalized food,” he said.

But it turned out to be his most-rewarding gig yet. Some of the children were the grandchildren of miners he knew from Chatanika. When the church asked him to stay permanently, he agreed.

“At that age, the kids just love you. It’s high fives and hugs,” Campbell said.

Families from the child care center asked him to cater from time to time. Campbell agreed to earn a little extra money.

Those catering requests kept coming, and Campbell decided to get a business license. Midnight Sun Catering was born.

The company offers breakfast, lunch, appetizers and dinners. Campbell said he is currently taking all of the precautions for COVID-19 — masks, gloves, hand-sanitizing stations and plated food in lieu of buffet-style.

He was planning to sell the company and retire this year but some buyers backed out because of the COVID-19 pandemic, he said.

The virus outbreak caused many weddings and company picnics this summer to cancel, Campbell said. He is hopeful the pandemic will be under control by Christmas.

“We’re still getting calls for later on in the year for larger parties but that could change,” he said.